Japan's Mobile Mosque: Japan Is Geared Towards Giving A One-Of-A-Kind Experience For Its Muslim Travelers 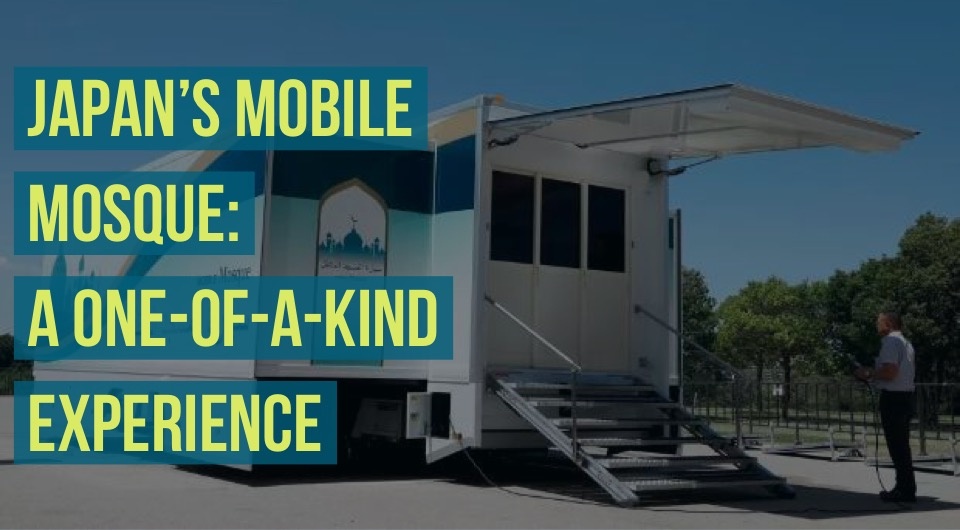 If you plan on traveling to Japan during the 2020 Tokyo Olympics, you will be pleased to know that this destination has just taken an innovative step to warmly welcome Muslim travelers. When it comes to locating mosques and prayer places in Japan, Muslim travelers will find that there are a few mosques located within the main cities and that there is small, but growing Muslim population.

But with the Tokyo Olympics kicking off in 2020, Japan aims to create a more Muslim-friendly environment by introducing mobile mosques due to the expected boom in visitors during this time. Of course, Japan is known to be one of the most innovative countries in the world, and is best known for their politeness and hospitality.

Find Mosques and prayer places near you in Japan

Introducing A Mobile Mosque in Japan 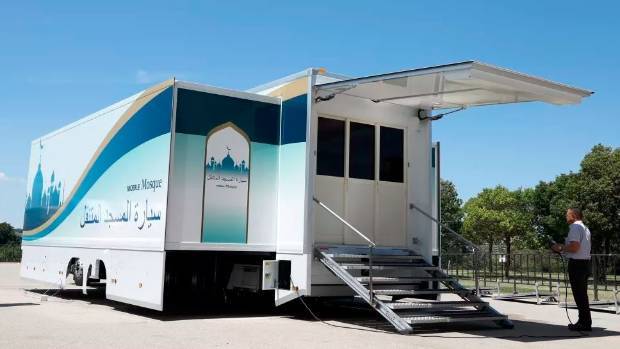 Japan expects a significant increase in Muslim travelers during the Olympics and there were concerns that the mosques in the main cities will not be enough to handle the crowds. This potential issue was the among the main reasons for introducing the mobile Mosque in Japan.

The mobile mosque is part of the Yasru project where the CEO, Yasaharu Inoue, says that the main idea behind deploying mobile mosques is to make Muslim visitors to Japan feel welcome and to help them carry out their prayer without hassle. A mosque on wheels for Muslims is seen as a positive move which will make it more convenient for prayers, rather than having to locate the nearest prayer space.

How Can You Spot A Mobile Mosque In Japan?

The very first mobile mosque was introduced outside the Toyota Stadium in July, which is a J-League soccer venue. Muslim guests and Indonesian Muslim students took part in prayers at the unveiling of the mobile mosque which has been built with the needs of the Muslim worshipers in mind.

The large truck has even installed taps for ablution and includes the Qibla direction as well. The mobile mosque consists of a 48 square-meter truck with an air-conditioned prayer room that is large enough to hold up to 50 worshipers.

A mobile Mosque in Japan is quite easy to spot - just look for a 25-ton truck that is adorned with a picture of a mosque. Additionally, there are plans for the mobile mosques to travel to different venues when necessary.

When Will We See More Mobile Mosques?

There are possibilities of seeing the mobile mosques in action much sooner than expected, since the Japan Rugby World Cup 2019 is coming up, and there are further plans to use the mosques for the World Aquatics Championships 2021 as well.

There has been a definite increase in Muslim travelers, and a mobile Mosque in Japan might be the more modern for Muslim-friendly travelers in terms of Halal facilities too.

However, this Muslim-friendly move to introduce mobile mosques focuses on encouraging more Muslim travelers from different parts of the world to visit Japan.

Find nearby prayer places and Mosques in Japan