By Halal Trip | 03, Aug, 2017
Turkey is a land of incredibly fascinating architecture all-around; but when it comes to mosques, it truly is breathtaking. The mosques in Istanbul, Turkey are beautiful and majestic, and most of them were built in different centuries marking the history of this incredible country.
One of the eras that was of major influence, especially in relation to mosques is the 18th century. The Ottoman Empire, which was founded in the early 13th century, was one of the most influential factors to Turkish architecture. They were masters of building and designing; they built vast spaces with massive domes and amazing lighting structures.
The early 1700 was known as the “Tulip Era”, named after the society's love of the tulip flower and its symbolization for peace. During the Tulip Era, cultural works, art, and architecture burgeoned, with intricate styles that were influenced by Europe’s Rococo and Baroque movements. Baroque–style mosques were particularly popular; the drama and grandeur of these structures were truly unmatched. Here are 4 of Turkey’s most majestic mosques that were built in the 18th century that you should definitely visit.

Picture Credit - www.istanbultourstudio.com
Taking a walk along the Bosphorous Bridge, you won’t be able to miss this famous and historical mosque located along the picturesque water's edge. The mosque was originally built in 1721, but it has been through many destructions and disasters followed by rebuilding and renovations over the years. The current standing mosque was finally completed of all restorations in the year 1984.
With a square plan that is covered with a huge dome, the mosque houses a U-shaped, two-story Sultan apartment. This iconic mosque, although small, is a gorgeous sight with its architecture and two minarets of marble and mosaic. The Ortaköy Mosque, one of the Grand Imperial Mosque of Sultan Abdülmecid, displays one of the best representations of Baroque architecture in Istanbul, which makes it one of the most beautiful Muslim-friendly places to visit in Turkey. 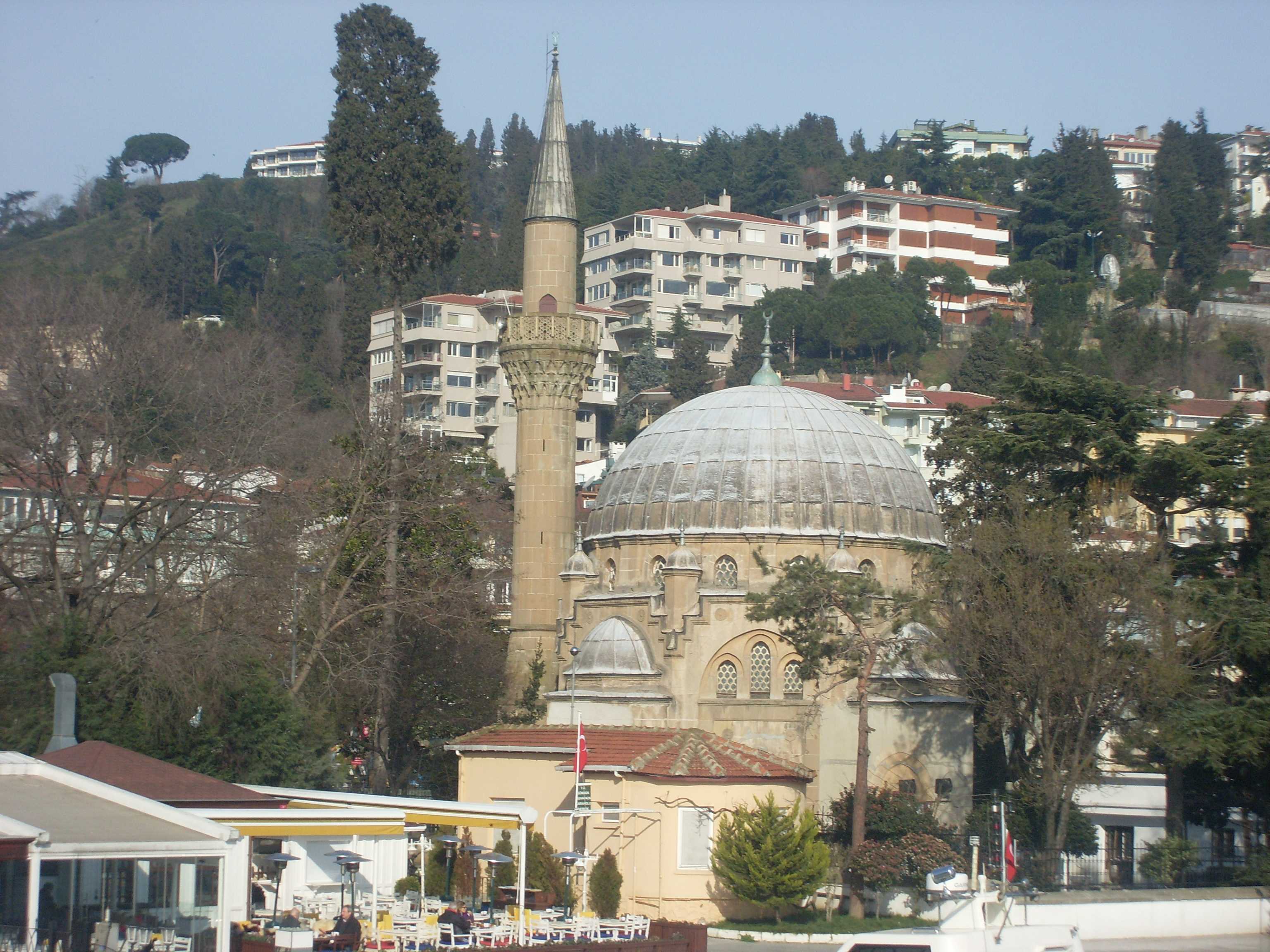 If you’re in Bebek and looking to find nearby prayer places in Turkey, then the Bebek Mosque is a lifesaver as this is one of the few mosques in the area. Originally built between 1725 and 1726, the mosque was restored following a period of neglect and despair in the year 1912. More locally known as "Hümayûn-u Âbad Mosque", the mosque is located near the Beşiktaş district in Istanbul and conducts daily prayers. This majestic mosque was designed by Mimar Kemaleddin and the interior features beautiful calligraphy and decorations created by the famous calligraphers Ismail Hakki Altunbezer and Macit Bey.
Fun fact: bebek means baby in Turkish. The neighbourhood's name is derived from its amazing location on the Bosphorus - where visitors will get an attractive view of the waterway that separates Asian Turkey from European Turkey. Catch this amazing view while you're visiting the Bebek Mosque! 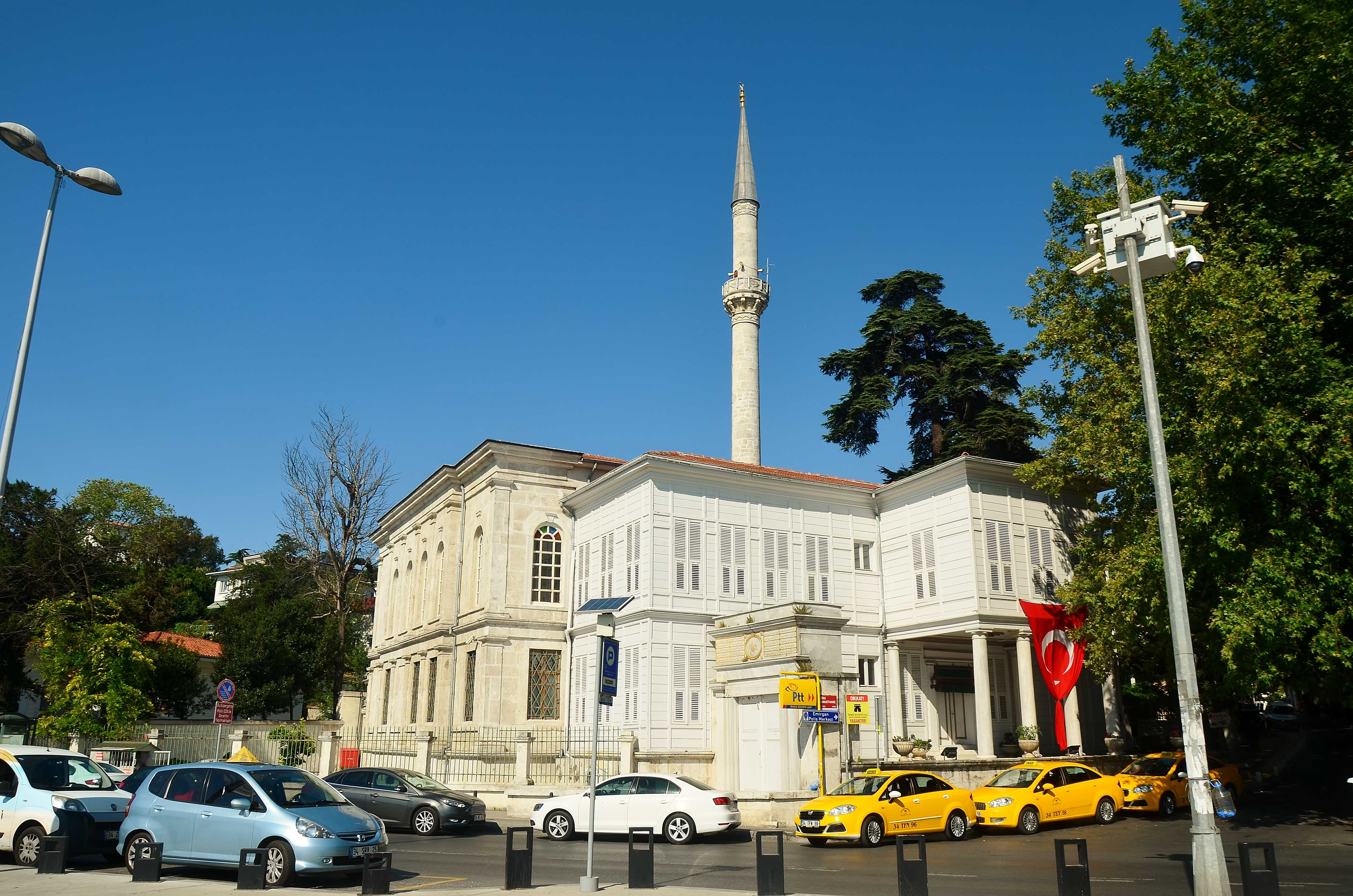 In memory of his late son and wife, Ottoman Sultan Abdul Hamid I built this mosque during the 18th century, in 1781. During the Ottoman Empire, this mosque was later redesigned during the reign of Mahmud II in the 20th century. The mosque is located on a wide courtyard along the edge of the water, and was built using cut stone. The architecture of the building represents that of the Empire period of the era it was renovated, and the inscription of the original mosque is the only thing that remains of what it was before. The mosque features two rows of large windows which allow natural lighting to shine into the mosque. Its slim minaret, located at the south of the mosque, is beautifully decorated with foliage ornaments and exquisite decorations just like other minarets that went through renovations in the year 2000. Daily prayers are held here and Taraweeh prayers are conducted during the month of Ramadan. 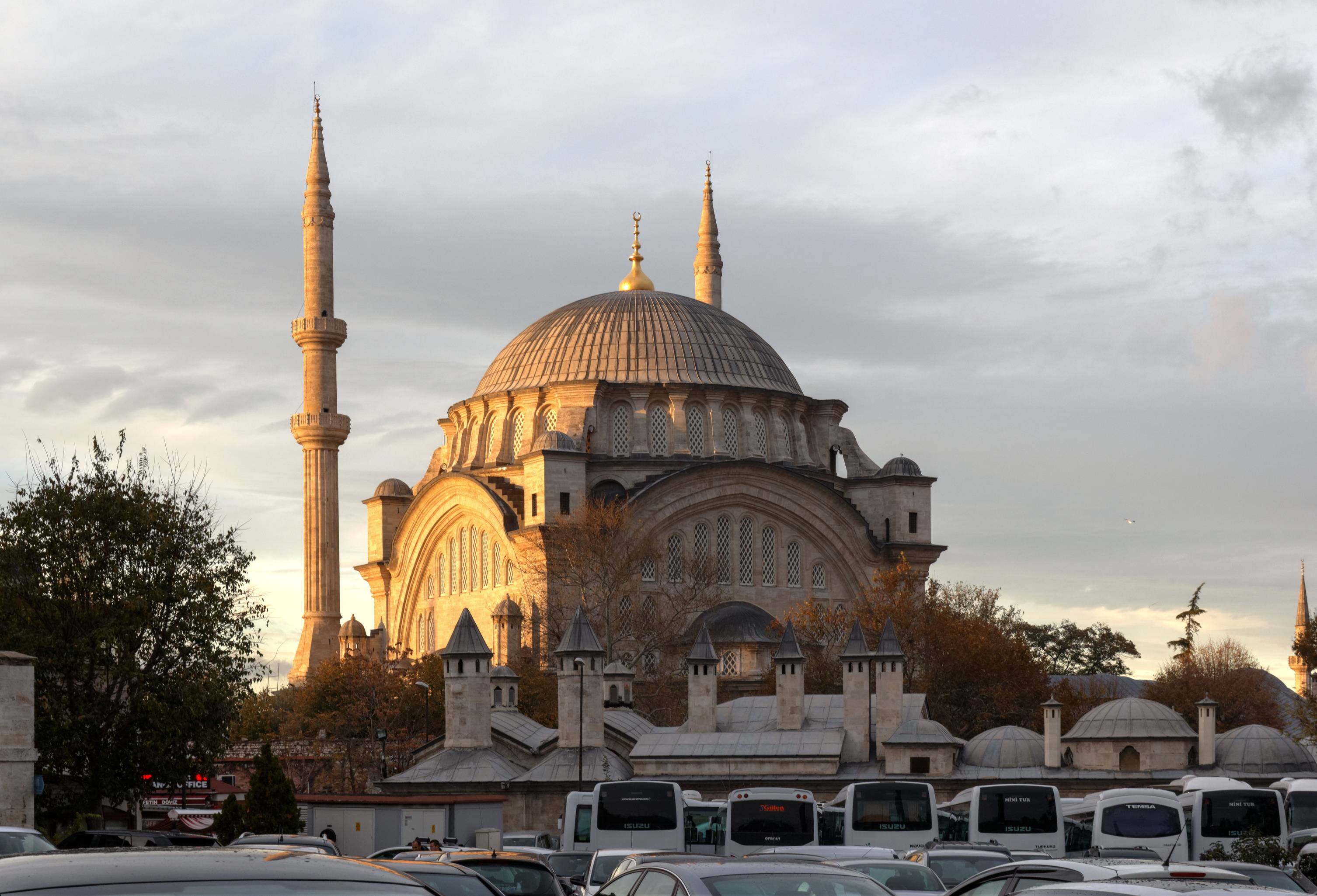 Known as "The Light Of Osman" in Turkish, the Nurousmaniye Mosque was built with numerous windows allowing natural light to enter the main prayer hall. The construction of the Nuruosmaniye Mosque was started by Sultan Mahmud I in 1748 and completed by his brother Sultan Osman III in 1755. It was built on one of the seven hills of Istanbul, near the entrance to the Grand Bazaar, by a Greek architect named Simeon Kalfa, and another architect named Mustafa Aga. Almost 60 metres high, with its dome at the height of 43.5 metres, the mosque is an impressive sight you can't miss. It's a typical Baroque and Rococo style mosque, which was a very popular architectural style in the 1700's during the Ottoman Empire.
While you're there, you can explore the Nuruosmaniye Complex that has a madarasah, a soup kitchen, a public fountain and a mausoleum where Sultan Osman III's mother (Sehsuvar Valide Sultan) is buried. The complex also houses a manuscript library, which contains thousands of collections belonging to the sultans. This section is closed to the public except to researchers with special permission.

These majestic mosques should be a definite addition to your list of Muslim-friendly places to visit in Istanbul, Turkey. They take you back to a different era altogether and give you a chance to learn about the history of this fascinating country. And not to mention, this is a great opportunity to experience such culture, architecture, and art all in one place!