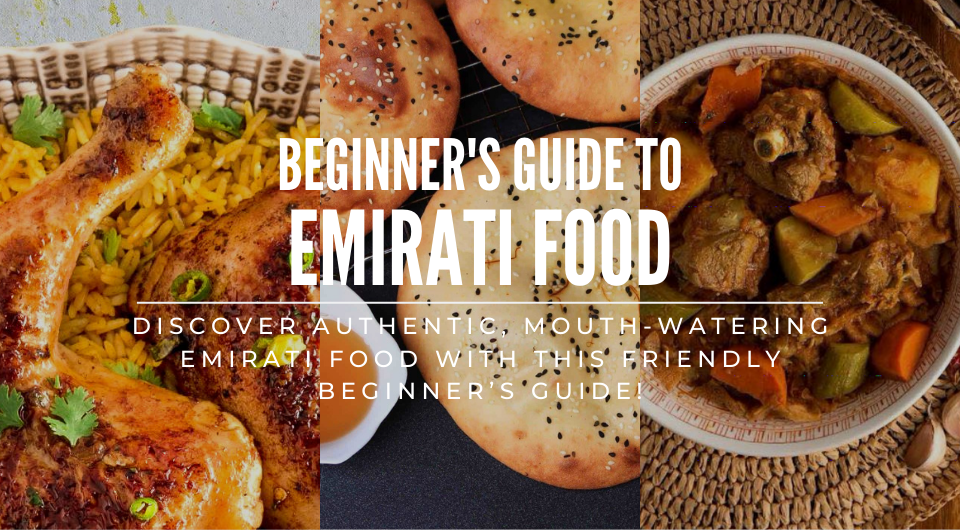 Authentic Emirati cuisine is such a treasure that the government of UAE has initiated a few government programs for the sole purpose of preserving it.

For example, chefs who specialize in traditional Emirati cuisine are highly-regarded by the local authorities and considered stars by the locals.

Another example is the government program that encourages 5-star hotels and restaurants to showcase traditional Emirati foods like Machboos (a yummy rice and meat dish that we will explore later on).

So what are the authentic Emirati foods that every foodie has to explore in their international cuisine journey? It's a question that you have to consider if you're traveling to the UAE. Since it’s a culturally diverse country, it's hard to find original Emirati meals. Even the new generation of Emiratis are not quite familiar with their ancestor’s cultural heritage.

This article will give a brief idea about where you can start your exploratory journey to traditional Emirati Food. 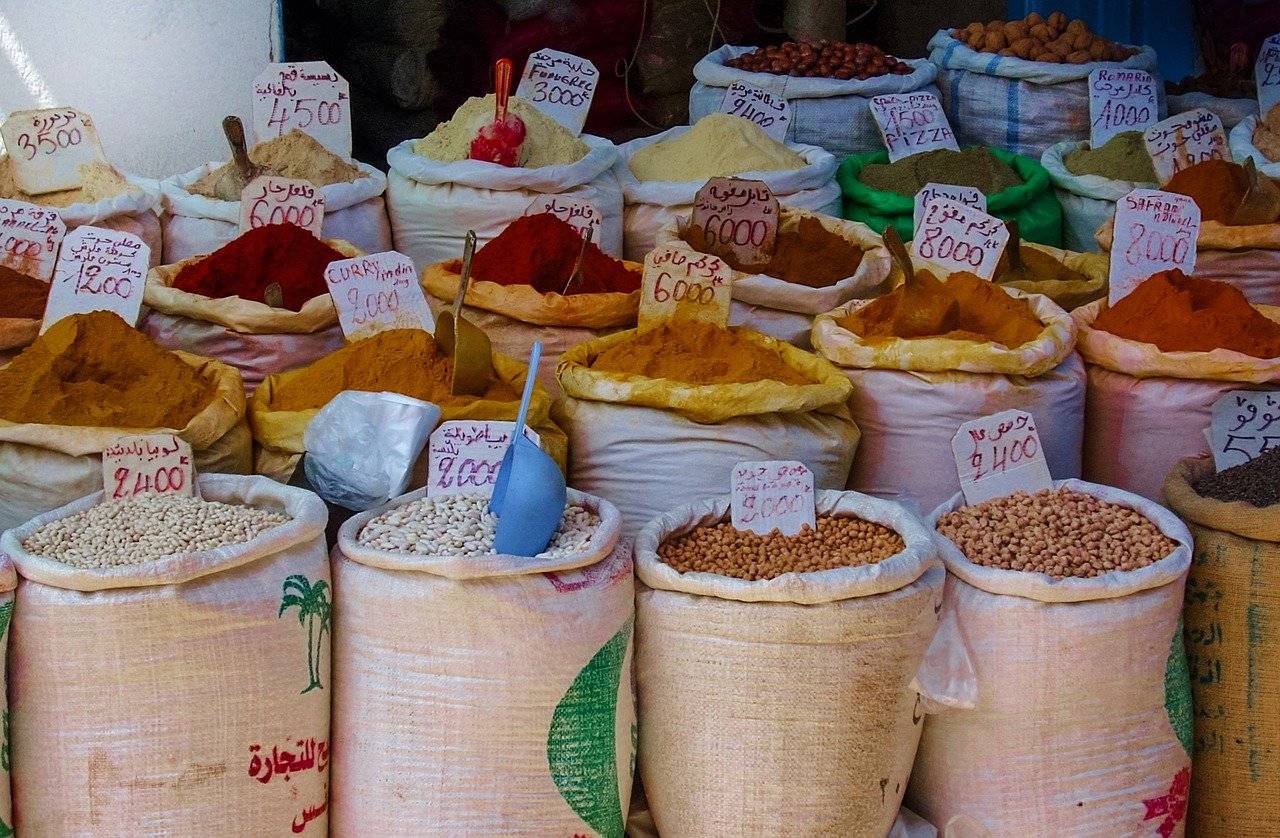 Logically speaking, authentic Emirati cuisine can be seen as a reflection of the local culture, resources, and climate.

First of all, since the Emirates is a Muslim country, everything has to be halal as a necessary condition.

Emirates practically lacks no resource, especially nowadays with all its wealth. The country has always been an important stop of trade between the West and the Far East. Many spices and grains (rice for example) were introduced to Emirates early on in history, so they adopted them and became part of their local cuisine.

The desert weather provides the perfect environment for palm groves, making dates the number one fruit in the country. You'll have plenty of dates on your trip to Emirates, and you should eat all of them because they're amazing!

Camels and goats are also animals that naturally thrive in this kind of desert environment. Thus, Emiratis consume a lot of meat and dairy products in their traditional diet.

Fish is also abundantly available in Emirates; it's an essential component of the local cuisine.

Emirati food is generally rich with ingredients, strong-flavored, and sometimes can be seen as fancy. Let’s take Luqaimat, for example. Luqaimat are irresistible spheres of creamy, sweet insides and crunchy outsides, garnished with sesame seeds. 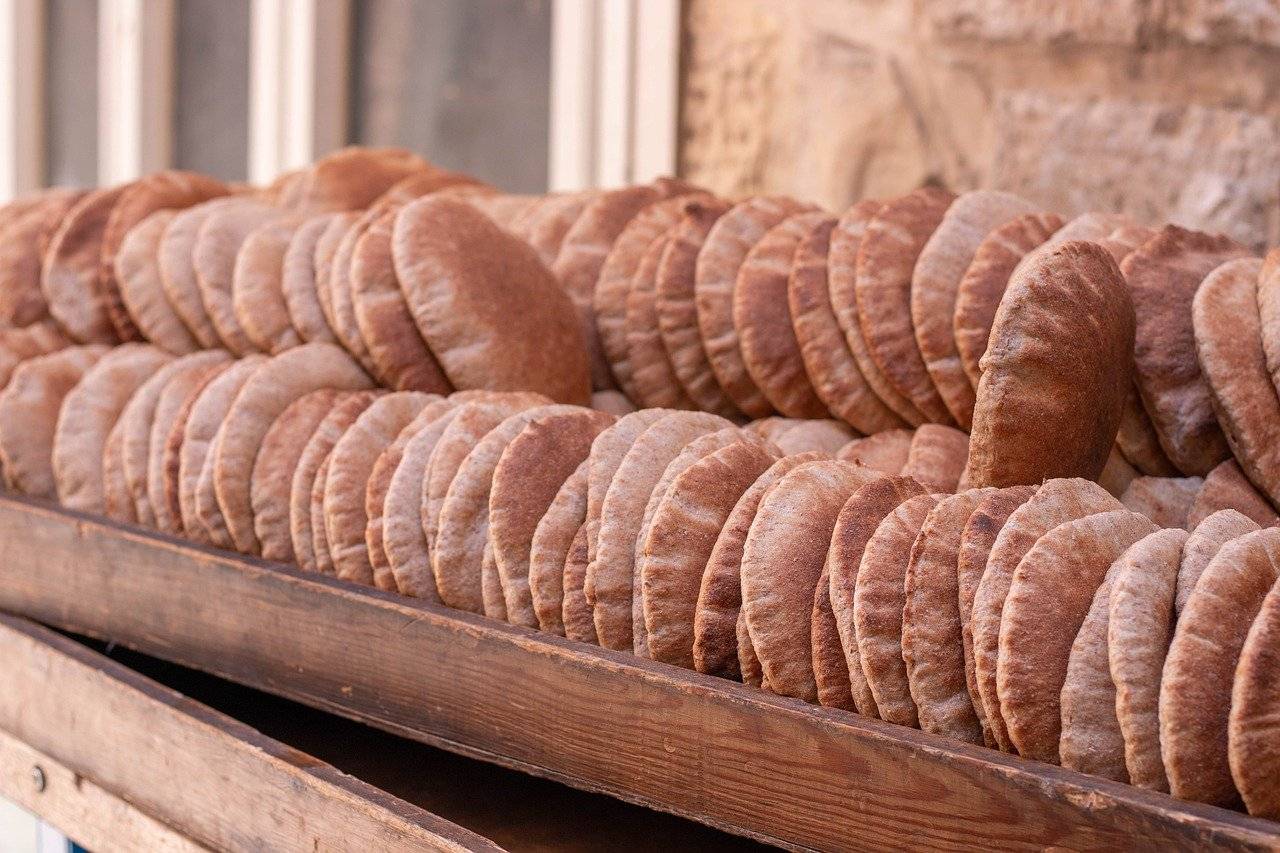 All the cuisines of the world are special and tasty in their own accord. Throughout your journey across international cuisine (maybe in your hometown, exploring local foreign restaurants), you might have noticed that each cuisine has its own unique way of preparing ingredients.

For Emirati food, the signature that sets it apart from others is the heavy use of thyme, cardamom, and saffron. These three ingredients give the food a certain aroma and taste qualities that Emiratis appreciate a lot. Meat is also something that Emiratis rely heavily on upon. Rice is another ingredient that is often present.

Many people mistake Mediterranean and Levantine Cuisines with Emirati food. Dishes like shawarma, falafel, Tagine, and kunafa, for example, are not Emirati foods. The major differences between Emirati food and these two cuisines are most apparent in the lavish olive oil usage and the abundance of vegetables and leaves. Emiratis don't use as much olive oil and vegetables as, let's say, Mediterranean cuisine.

Here Are the Top Emirati Foods that Will Soothe Your Senses! 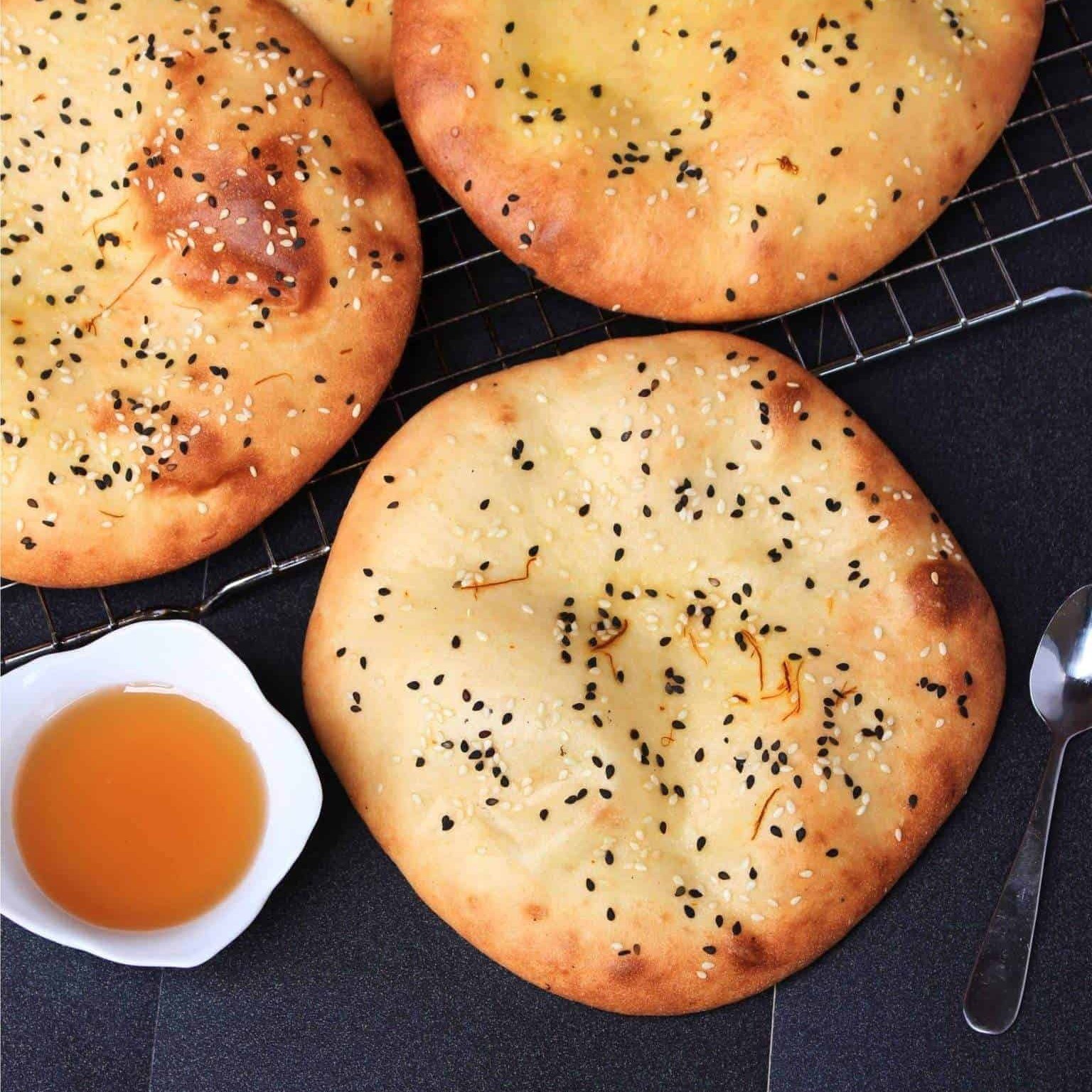 For an authentic Emirati breakfast, you have to try Khameer Bread! This round, puffy bread is sweetened with dates, garnished with sesame seeds, and it’s typically flavored with fennel, saffron, and cardamom. It’s a very soft type of flatbread that melts as soon as you put it into your mouth. You can split the hot loaf from the middle and fill it with butter or cream. 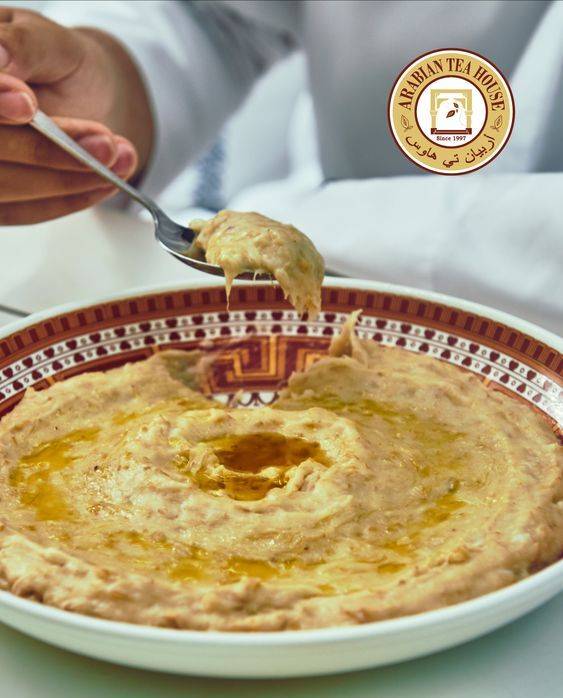 Harees (otherwise known as Hareesa or Harissa) to Emiratis is like pasta to Italians. It’s a meal that has to be served at any gathering. It's also an intricate meal that takes time. You need more than three hours of continuous boiling to get the best results. So, what is it?

Well, Harees is basically wheat porridge with meat and ghee. The wheat is boiled for three hours before you add meat into it. It’s typically served with ghee. Emiratis prefer to eat it hot and as a desert. It’s an easy-to-digest meal and very nutritious!

Even though rice was only recently introduced to Emirate a few centuries ago by the Indian and Pakistani traders, Machboos, which is rice-based, is one of the main landmarks of Emirati cuisine. Machboos is a meal that Emiratis really cherish a lot, and they have many ways to prepare it.

Similar to the Indian biryani, Machboos is prepared using meat, be it chicken, lamb, or fish, and rice. The difference comes from the Emeriti flavoring, which typically includes cardamom, cinnamon, cloves, lemon, and often saffron. We all know that there are hundreds of ways to grill a fish, this is the Emirati method. Samak Mashwi is traditionally prepared in a clay, dome-like, oven. They pin the fish into a stick and grill it with date paste mixed in the marinade, which is what makes it very special. The fish has to be big and fat to fit the Emirati standards.

The fish is typically grilled with its scales because they help keep it intact and preserve its natural flavor. The scales are removed before serving. And voilà! You’ve got your Samak Mashwi. 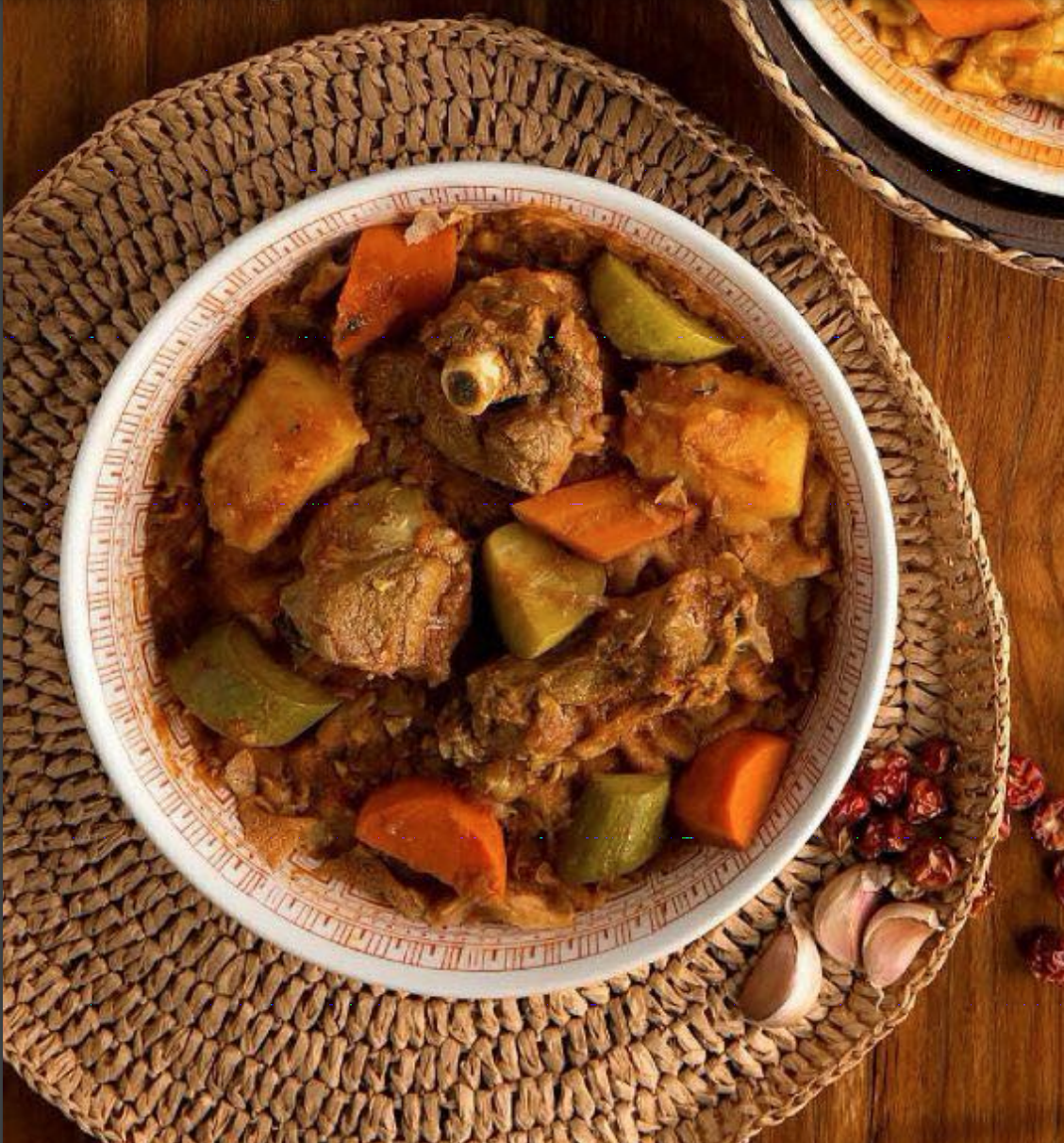 Thereed is a close relative to the Moroccan Tagine. It’s a meal that combines the rich flavor of meat, be it chicken, lamb, or beef, with various vegetables and added flavors, most notably potatoes.

Thereed is a very light meal on the stomach that is very rich and nutritious, not to mention the incomparable flavor that only authentic Emirati chefs can deliver. It’s best served hot, with Raqaq Bread.

This list would be worthless without dessert. That's why we mustn't forget the number one dessert in Emirate; it's the sweet, crunchy, and easy-to-melt-in-the-mouth Luqaimat. The name of the meal comes from the Arabic word that means small bites.

Luqaimat are prepared from yeast, flour, cardamom, and saffron. The mixture is whipped in a batter that is then deep-fried into golden balls. The golden balls are dipped in date syrup and garnished with sesame seeds. Luqaimat are the ultimate Emirati dessert but don't eat too many of them because they're calorific. 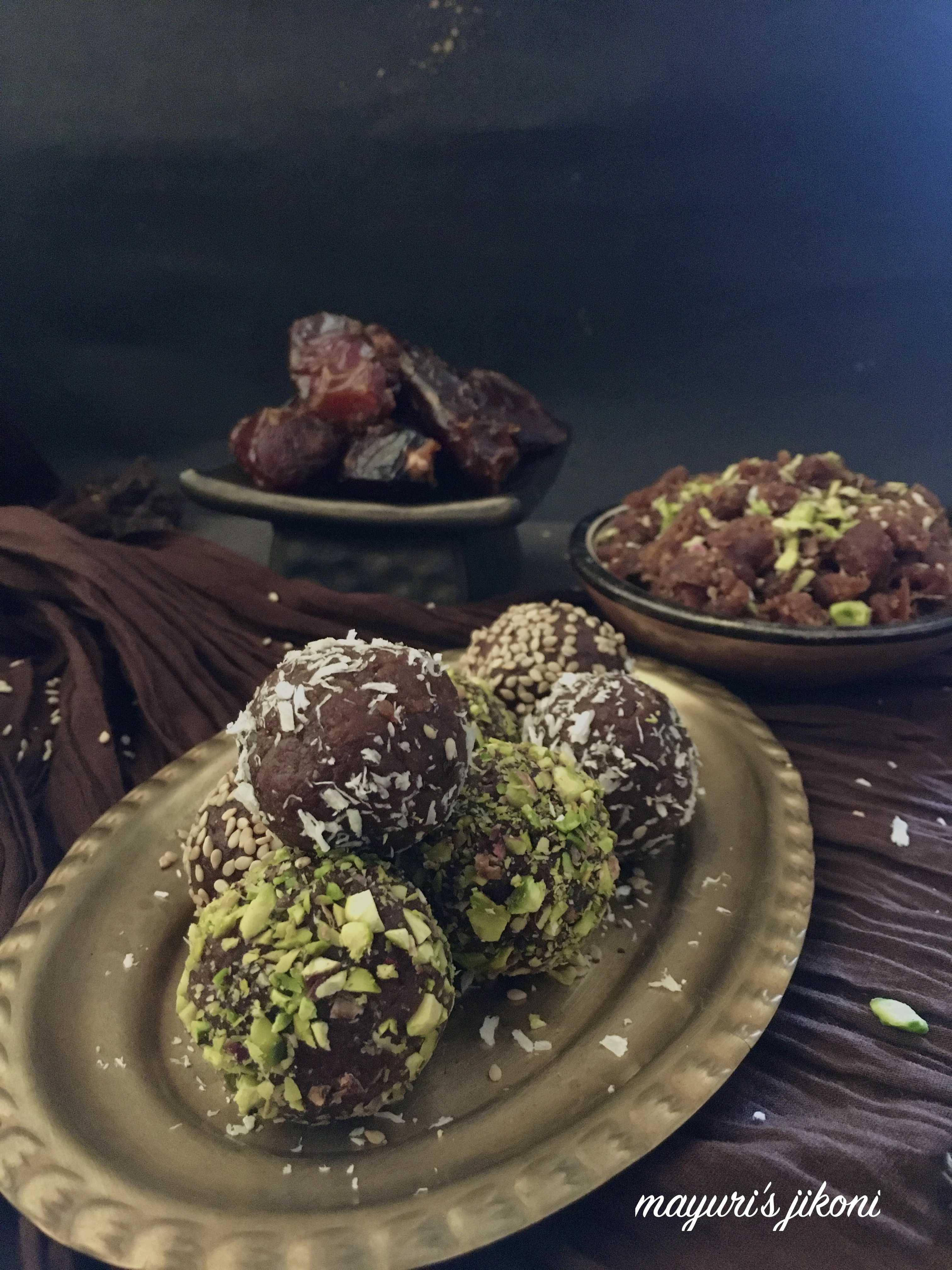 Al Batheetha is a cookie made out of dates that the Emiratis love to eat with Arabic coffee. To make Batheetha, you have to make date paste, using soft dates and wheat flour. You also add flavors to the paste such as cardamom and ginger. Then, you make small balls of paste that you decorate with a nut or an almond and garnish with sesame seeds.

To enjoy Emirati food near you, you need to get some directions. To make all of that easy for you, Halal Trip offers its amazing app for Muslim travelers. The app will give all the info that you need as a Muslim traveler who wants to locate the nearby halal restaurants, accommodations, and mosques.

For access to all of these amazing features and more, please feel free to download the app on App Store or Google Play.