Mosques in Moscow - Where to Pray?

There is no doubt that Muslims who travel to Russia will that find Moscow is a fascinating destination. However, locating mosques and prayer places in Moscow is not an easy task, despite the city’s high Muslim population. Currently, there are just a few mosques in the city of Moscow, and it’s very common to see large numbers of local Muslims flock to the Moscow Cathedral Mosque for Friday prayers – which results in overcrowding quite often especially during Eid and Ramadan. Muslim travellers will have to make the trip to the few mosques which are listed below, from where they can even ask for more information about alternative prayer areas too. 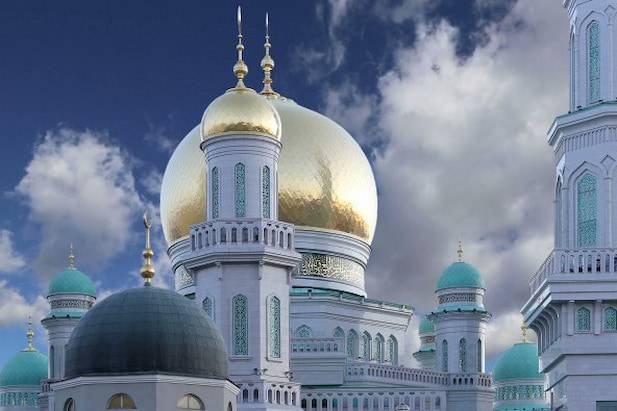 This is the largest and most impressive masjids in Moscow that is also known as the Central Moscow Mosque – and is large enough to hold 10,000 worshippers. The original mosque was demolished in 2011 due to plans of reconstructions among many reasons. However, the mosque was inaugurated in 2015 by Presidents Vladimir Putin, Recep Tayyip Erdoğan and Mahmud Abbas and is among the most prominent mosques and prayer places in Moscow.

The Moscow Cathedral Mosque features ornate Asian, European and Islamic architecture both on the outside and the interior. The white and green exterior of the mosque is topped off with one large, golden dome that is gilded in 12-karat gold leaf along with three domes of the six minarets. The spacious interior features an intricately decorated ceiling with carved traditional Russian inscriptions, white decorative balconies and a crystal chandelier.
Address: Vypolzov Lane, 7, Moscow 129090, Russia 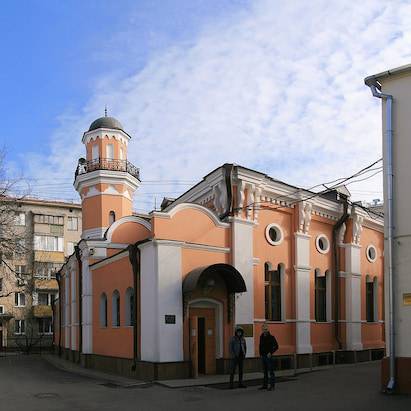 This historic mosque was originally built in 1823 in the Zamoskvorechye district which was formerly a Tatar settlement – and the land was owned by a Tatar merchant. The mosque was designed to blend in with the other homes in the area and was known as a ‘Muslim house of prayer’ but not a mosque, based on the orders from the authorities at the time.

The mosque has a burnt-orange exterior that is highlighted with the white ornate decor. The interior is decorated with colourfully tiled pillars, Islamic inscriptions and a large crystal chandelier that lights up the prayer hall. The Old mosque is an interesting historical religious place like no other in Moscow and is an important part of the community too. 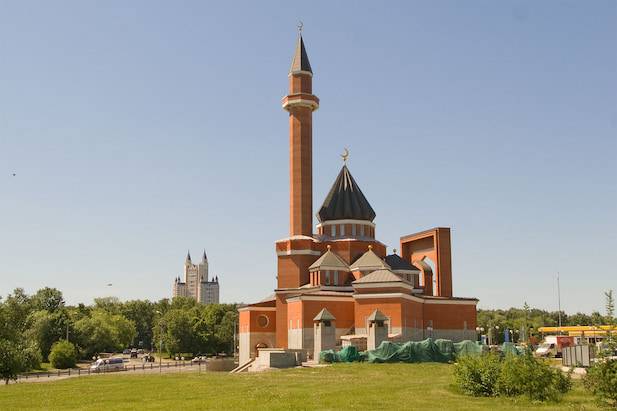 The construction of The Memorial Mosque took place from 1995 1997 at Poklonnaya Hill in Moscow to commemorate the Islamic soldiers who gave their lives for the Great Patriotic War that lasted from 1941 to 1945. The mosque is well recognised for interesting architecture that has been influenced by Caucasian, Tartar and Uzbek styles.

As one of the uniquely beautiful masjids in Moscow, the building stands out with its grand square-shaped entranced with ornate carvings and one tall minaret. With square, dark grey domes on the minaret, the main dome is unique with ridges that standouts with the orange and brown exterior. The interior prayer hall is unique too, with white pillars, balconies and a domed ceiling that are all carved with intricate designs. 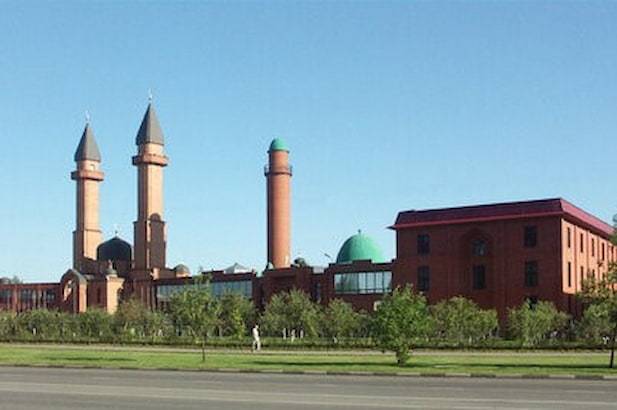 The Yardyam mosque was opened in 1997 and is part of the Spiritual and Educational Complex in Otradnoe District of Moscow – it’s also known as the double minaret mosque. There is also a bookshop with Islamic literature located within the complex.

The brick-red exterior of the mosque stands out during the day, and the building’s tall minarets are very prominent. The mosque is topped off by dark green domes along with the minarets. The interior is bright and spacious – the mosque is large enough to hold 2,000 worshippers and there are special prayer areas located almost at the basement level in the central hall.

If you wish to find nearby mosques on your mobile, you can use the Halaltrip app to help you locate mosques and prayer places in Moscow quite easily the next time you travel.