Surabaya is the second largest city in Indonesia and the capital of East Java (Java Timur). This modern industrialized city possesses several tourist attractions. The submarine museum, Madura island, Mount Bromo, the cool mountains of Malang, and the Ijen Plateau are a few of them. While exploring the beauty of the city, if you are wondering where to pray in Surabaya, here is our list of recommendations. 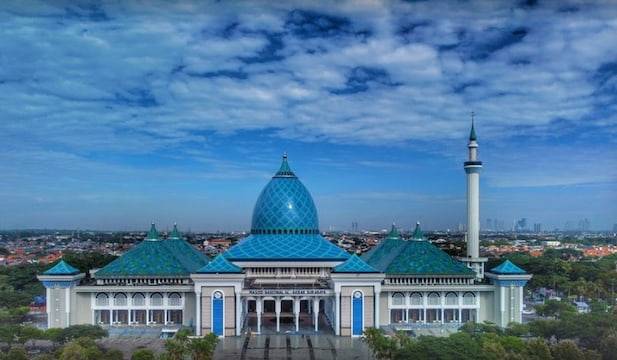 The Masjid is also known as Masjid Agung is one of the grandest mosques in Java Timur with extraordinary and amazing architecture. The domes are tiled in a unique pattern of turquoise and green, which stands out during the daytime. Visitors can even take an elevator ride up to the single minaret and then a splendid city view. The spectacular interior of the mosque features a dark green tiled super-high ceiling and a beautiful Mihrab decorated with Quran calligraphy in gold. You can also head over to the Wisata Surabaya Carnival Night Market which is a 10-minute drive away, to enjoy a great variety of food and rides 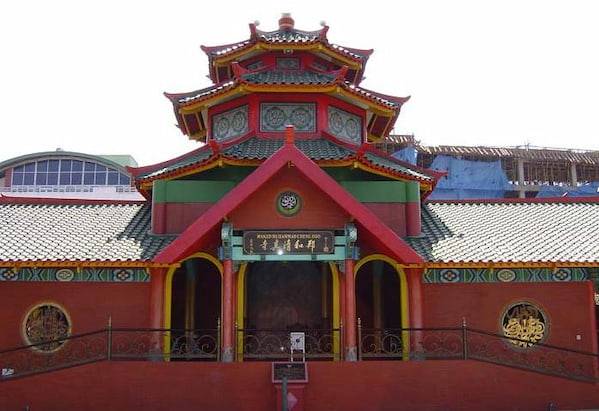 This is a must-visit mosque in Surabaya where you can see a unique fusion of cultures. The mosque was originally built hundreds of years ago by the Chinese Admiral Haji Muhammad Cheng Hoo for the Chinese Muslim Community in Surabaya. The exterior of the mosque is heavily influenced by Chinese and Islamic architecture and resembles a Chinese temple – with traditional tiered roofing with bright green tiles bordered with red and yellow as well as brick-red walls. The mosques stand proudly in the middle of the dwellings in Surabaya. 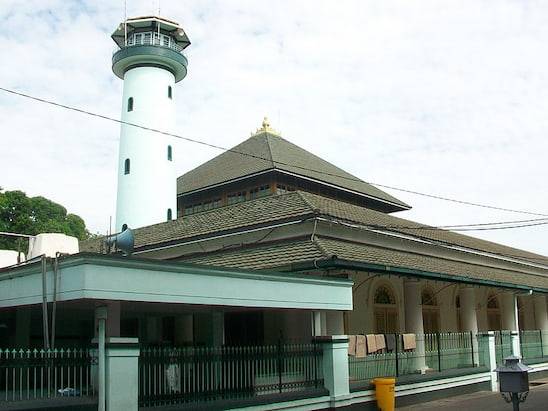 The mosque was built in 1421 by Sunan Ampel, a religious preacher in Surabaya, and is the third oldest mosque in Indonesia. This well-respected leader died in 1481 and his grave is located towards the west of the mosque. The mosque stands tall on large white pillars and the tomb complex consists of walled courtyards and gateways. The Arabic and Islamic-influenced architecture and its bright spacious interior with decorative pillars are worth seeing. An auspicious well towards the left of the mosque is said to strengthen the power of pledges or vows. The mosque is a popular tourist spot in Surabaya too, and there are some good places to buy souvenirs and sample local cuisine within the area.

Masjid Rahmat is one of the oldest mosques in Surabaya that is a rich part of history. It is framed by the decorative arched entrance that leads out into the courtyard, the large white dome, and the two decorative minarets all of which are influenced by Islamic architecture. Wooden doors lead to the spacious, comfortable interior of the masjid which has a serene surrounding for peaceful prayers with marble green pillars and a domed ceiling. Apart from the prayer area, it is open to all travelers and is a must-visit mosque in Surabaya. 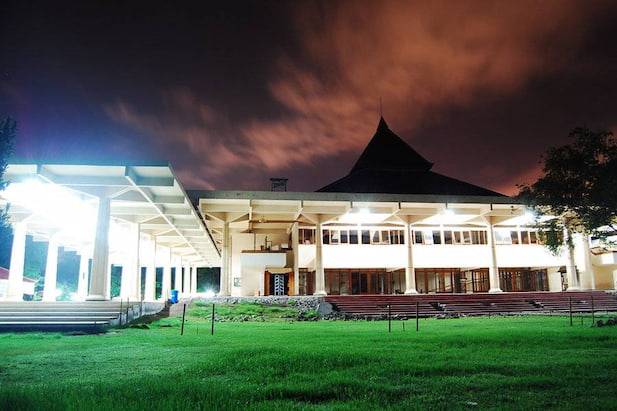 This is the main mosque of Institut Teknologi Sepuluh (ITS) situated close to the university. The peaceful mosque supported by white pillars and decorated with rich Islamic architectural design has a lovely garden providing shade for travelers. The university students often gather here during their short breaks and lecture discussions. Despite the hot weather outside, the mosque interior gives a cool and relaxed feeling – the interior is bright with a polished marble floor with a conical ceiling. The mosque can also hold a large number of worshippers.

This mosque is located closer to Balaikota (city hall), also surrounded by schools and shopping malls. Situated in the crowded surroundings, it is visited by a large number of people, especially passing travelers and people in the area. The mosque was renovated in 2016 and has a spacious interior with wooden pillars and a prayer area with marble flooring - the ablution area is much larger too. It is now a comfortable, peaceful environment for prayers and features decorative tiles in an Islamic artistic style adorning the speaker’s podium.

How to find nearby mosques in Indonesia? Muslim travel to Indonesia is much easier with the HalalTrip app that will help you easily locate mosques and prayer places. Start planning your trip today!