We, at Halaltrip, are focused on making your travel as easy as possible. 2021 was a difficult year for everyone – and robbed us of a lot of our bucket list ideas and resolutions. Even though there is no set timeline for things to normalize again, we have achieved some control over the pandemic. This factor means that you might want to start making travel plans for the coming year and hope for the best, Insha Allah!

We have several bucket list ideas including our Top 10 Muslim Friendly Destinations to Travel to in 2022 list. However, what better way to begin the New Year than by visiting a Mosque? Express your gratitude for getting through 2020 while enjoying the connection to the divinity that only a mosque can give you. We have many mosque-related posts including the Oldest Mosques of the World list.

We bring you some of the most beautiful Mosques around the Muslim world that you need to add to your bucket list. These mosques are not just bricks and mortar – but a source of divine connection for many people. Moreover, they are all located in countries that exhibit rich culture, diversity, and some of the best foods. All of this makes these mosques the perfect travel destination for you. 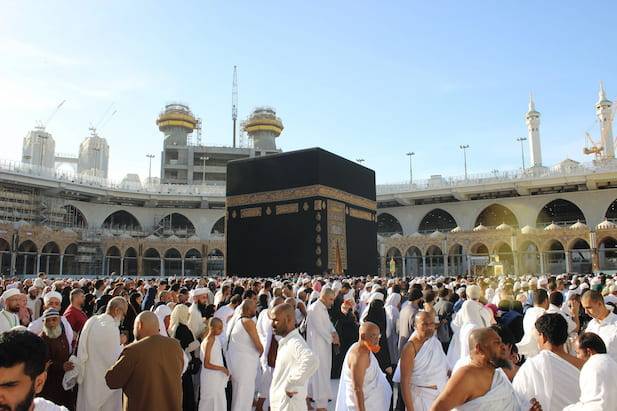 Masjid Al-Haram is undoubtedly the most sacred location for Muslims. It is present in Mecca (Makkah), which is considered to be the origin of Islam as we know it. The mosque can house more than eight hundred thousand worshippers at a single time. There is no specific direction of prayer at Masjid Al Haram as all the worshippers pray to face the Holy Ka'aba.

This Mosque is the site where Hajj is performed – which is the largest annual Muslim gathering. Going to Mecca and performing the Hajj or Umrah at Masjid Al Haram is on the bucket list of every devout Muslim in the world. Visit this mosque and enjoy the serene and religious environment surrounding it. The people of Mecca are incredibly friendly and generous. You will undoubtedly feel your connection with the divine getting stronger with every passing minute at Masjid Al Haram.

This Mosque is among some of the most famous mosques in the world. It is the largest mosque in the United Arab Emirates. The Middle Eastern country is filled with mosques. However, none is as grand as The Sheikh Zayed Mosque. The mosque is also the burial site of UAE's first president – Sheikh Zayed, whom the mosque was named after as a gesture of commemoration.

Sheikh Zayed Mosque is filled with beautiful domes, courtyards, and gardens. It houses more than 40,000 worshippers and the Azan (call of prayer) can be heard all over Abu Dhabi. The interior of the mosque has been decorated with Italian and Greek Marble to increase the beauty of the Mosque. It is a tourist attraction as well and is open to Non-Muslims. The peace and tranquility you feel at the Sheikh Zayed Mosque are unlike anything else.

Al-Masjid an-Nabawi or Masjid-e-Nabwi, depending on where you are from, is one of the most esteemed mosques in Islam. It has a rich history and is considered a holy and sacred site by every Muslim around the world. It is referred to as Al-Masjid an-Nabawi – which translates to "The Prophet's Mosque". Every Muslim wishes to pray at this mosque at least once in their life. Madinah is the city where the Prophet fled to after the people of Mecca rebelled against him. Al-Masjid an-Nabawi is a beautiful mosque that is a reminder of the hardships the Prophet Muhammad had to face for the Muslim people.

The mosque has a beautiful interior and can house more than a million worshippers at a single time. It is the second most sacred site of Islam – following Masjid Al-Haram. The mosque also incorporates the final resting place of Prophet Mohammad and is highly venerated by the Muslim people. The atmosphere of this mosque is as if a piece of divinity lies there. People from all around the world visit this mosque. 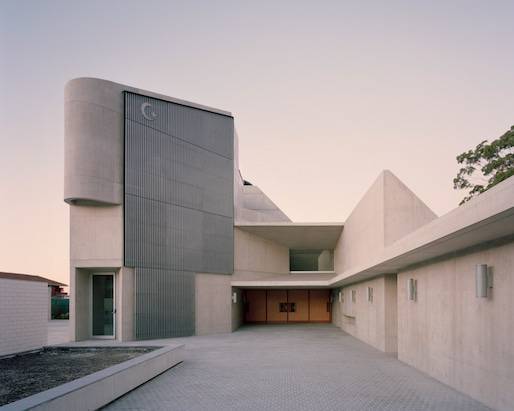 Punchbowl Mosque is a beautiful Mosque located in Sydney – Australia. It was designed by an experienced and venerated architect of Australian and Greek origin. There was a lot of resistance from local officials to the building of this Mosque but the Muslim community of Sydney kept pushing for its inauguration.

Finally, in 2013 – the Mosque was completed and opened to the public. It is a beautiful piece of architecture. Seeing the brilliant Grand Mosque in the middle of Australian land is a source of fulfillment for every Muslim visiting the country. It is a beautiful structure with one main dome and 102 mini domes. It can house a large number of worshippers at one time – and attracts both Muslims and non-Muslims.

There is no Mosque with as rich of a history as the Hagia Sophia. It is amongst some of the greatest monuments of the world and was constructed during the Byzantine Empire in Istanbul. The Mosque is a beautiful structure with many different segments. All of these segments are joined together to create an architectural symphony that plays right in your soul when you are here.

The building was originally a church in the 6th century and was later converted to a Mosque when the Muslims took power. It was further shifted to become a library and has now been reconverted to a Mosque. There are features of both Islam and Christianity in the architecture and interior of the Mosque and is a beautiful place to visit whenever you are in Turkey.

Turkey is one of the most famous tourist destinations in the Muslim world. From the food to the extremely friendly people – Turkey is beautiful in all of its glory. One of the most distinctive features of Turkey is its cultural diversity and tolerance. There are many famous mosques in Turkey – and the Blue Mosque or the Sultan Ahmed Mosque tops the list.

The Blue Mosque is a brilliant piece of architecture and the interior is decorated with hand-painted blue tiles. Built in the Ottoman Empire, the effects of the dynasty can be seen in the mosque. The majesty and the splendor of the Blue Mosque are unparalleled in the Muslim World. At night, the mosque is bathed in a blue glow due to its architecture and it attracts several tourists. The Mosque is a neighbor to the Hagia Sophia, another famous Mosque mentioned above. 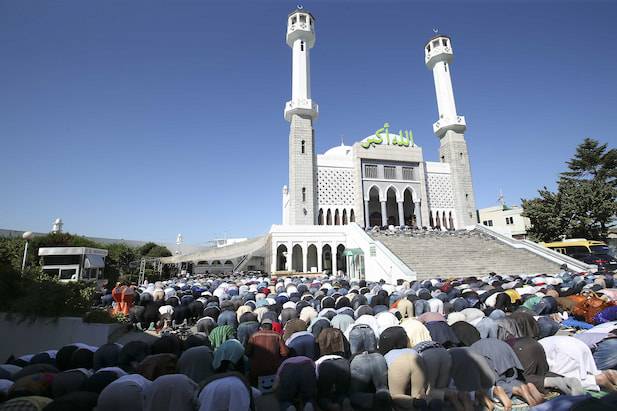 This is the first and only Mosque that was constructed in Seoul in 1976. Over the past few years, Korean Media has infiltrated the world and has gathered several Muslim Fans. Seoul Central Mosque is a major tourist attraction for all of these fans of Korea. The Mosque holds lectures in Arabic, English as well as Korean. This Mosque was built to accommodate Muslim residents and as an appreciation for all the Muslim tourists coming to Seoul.

This mosque is located in Japan and it translates into "the congregational place of worship". It was originally built in 1938, but due to structural damages – had to be demolished. The construction began again and the mosque was recently reopened in June 2000. Many Turkish designers and architects worked in the rehabilitation and re-inauguration of the mosque.

It is a beautiful mosque that has Turkish, Ottoman as well as Japanese features in terms of architecture and design. There are many other mosques in Japan as well, but the Tokyo Camii takes the win.

Fethiye Mosque of Athens is the first Mosque that was ever built on this land. It is an awe-inspiring sight to see and was recently re-opened to the public in 2017. After the Greek Independence – the Mosque was more or less repurposed. Only a small part of the original dome survived – which has been integrated into the current Mosque's dome as a tribute to the original structure.

It is a beautiful Mosque to visit and is rich in history. The people of Athens are very friendly and are big fans of the Mosque themselves – as it attracts several tourists from all around the world every year. 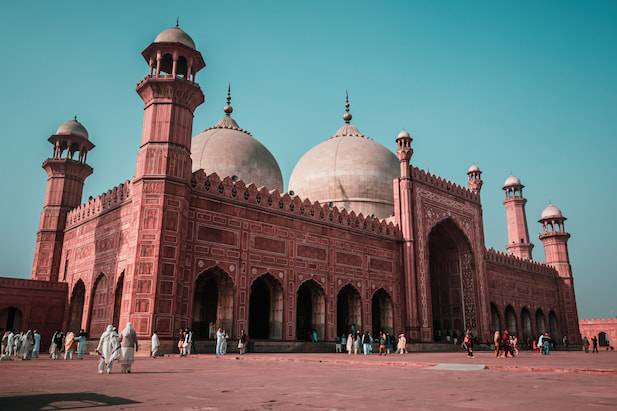 Lahore is one of the most famous cities in the Muslim world. With its amazing diversity in terms of people and the influence of the Mughal Empire – the city attracts thousands of tourists from all over the world. One of the most famous mosques is the Badshahi Mosque, located in Lahore. It is present in the part of the city known as "Old Lahore". Another famous mosque i.e. the Wazir Khan Mosque is present very close to this mosque.

It was created by the Mughal Emperor called Aurangzeb and is famous for its beauty and elegance. The mosque is an attraction both for locals as well as tourists. The Azan can be heard all over the neighborhood and several beautiful restaurants are surrounding it.

Mosques are not just a place of worship, but a means of getting yourself reacquainted with your faith. These beautiful mosques are a means of connection and awe. Visit these mosques on your next trip and be ready to have your mind blown.

For all your travel queries and inspirations, head over to our blog where you can find amazing articles and advice for your next trips. From amazing destinations to listicles – we have you covered. Moreover, download the Halal Trip Travel Mobile App today to make sure that you stay punctual with both your prayers and your flights! The app takes care of several issues that may arise on your trip.