Australia will host the 8th edition of the tournament, they are also currently the defending champions, having won the tournament last year in the UAE against New Zealand.

A total of 16 teams will play the tournament across 45 matches at the venues present in the host cities, which are Adelaide, Brisbane, Geelong, Hobart, Melbourne, Perth, and Sydney.

The pinnacle global event for T20 cricket will be the biggest global sporting event to be hosted in Australia this year.

Here are the top five Muslim cricketers to watch out for in the T20 World Cup 2022: 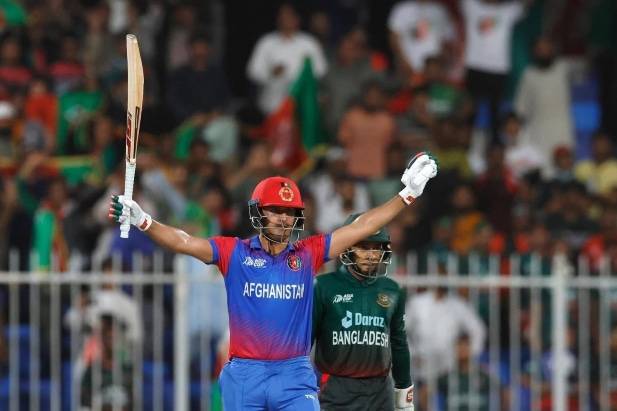 Mohammad Nabi is a classic all-arounder with exceptional skills and abilities displayed both with the bat and ball.

He plays the role of a mentor and leader for the younger players in his squad. He became the first Afghan cricketer to be selected by an Indian Premier League (IPL) team.

He holds the record of scoring the fastest fifty by an Afghanistan player in T20 internationals.

Mohammad Nabi currently sits on top of the T20 International All-Rounder Rankings. His experience has been integral to the rise of Afghanistan’s recent success in the sport.

Shakib Al Hasan is one of the most celebrated cricketers hailing from Bangladesh. The left-handed batsman and slow-arm orthodox bowler is one of the finest all-rounders in the world at present.

He has been named as the captain to lead Bangladesh in the Asia Cup 2022 and the T20 World Cup 2022 in Australia.

Not only does he hold the record for being the first cricketer to have a double of 100 wickets and 1,000 runs in T20Is history, he is also the highest wicket-taker for Bangladesh in all international formats.

In the 2022 Birthday Honours, Ali received the OBE designation for his contributions to cricket.

Moeen Ali is always handy with the ball and bat when required, he scored 92 runs and took 7 wickets in 6 matches at the T20 World Cup in 2021. 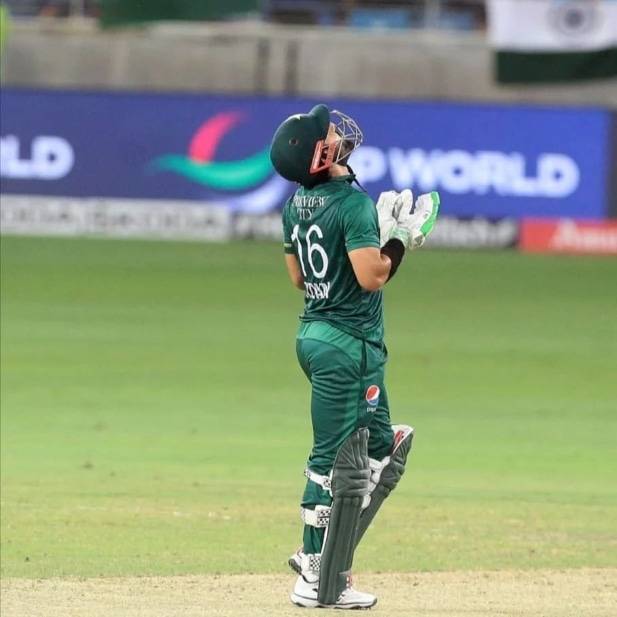 Mohammad Rizwan recently rose to the top of the T20 International Batting Rankings to claim the No.1 spot from his teammate, Babaz Azam.

For the first time, Rizwan has seized the top spot, becoming just the third Pakistani player to do so in the T20I batting rankings.

Rizwan started off as a sound wicketkeeper but gradually rose through the ranks as an opening batsman.

His recent form at the Asia Cup 2022 has been impressive, with knocks of 78* off 57 against Hong Kong in the group stage and 71 off 51 against India in the Super 4s of the Asia Cup helping Pakistan reach the finals.

At this point in his career, Rizwan seems to be at his peak. He is one of Pakistan's most valuable players going into the 2022 World T20. 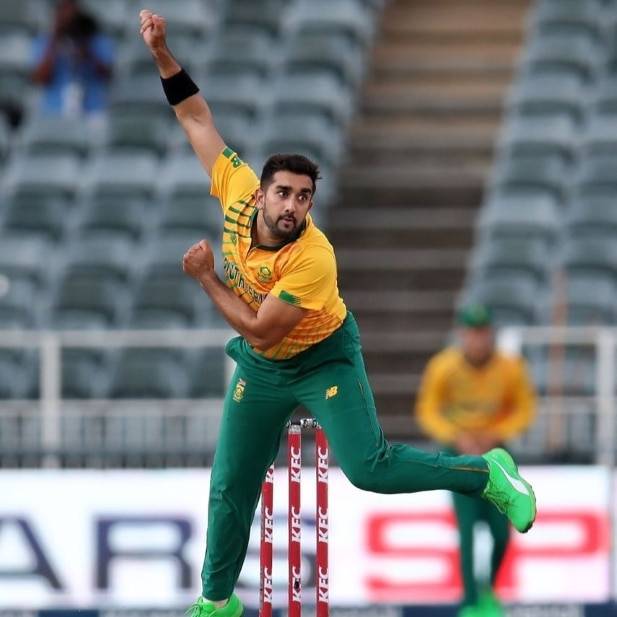 A few months back in July 2022,  Shamsi overtook Dale Steyn as the highest wicket-taker ever for South Africa in T20 Internationals.

Shamsi is currently ranked second in the T20 International Bowling Rankings. He was also named in the ICC Men's T20I Team of the Year for the year 2021.

His celebrations - 'bus driver' and 'shoe call' - after he gets a wicket are pretty popular.

While the fans prepare to cheer on their favorite teams as they drive for the title, the teams in return are training very hard to achieve their best performance.

Here are the top 5 Muslim cricketers to watch out for in the T20 World Cup 2021:

Rashid Khan was born in 1998 in Nangarhar, eastern Afghanistan. He hails from Jalalabad and has ten siblings.

The dashing cricketer from Afghanistan has quickly established himself as an automatic pick for the team.

His biggest weapon is a very accurate googly, Rashid is also an athletic fielder and very much capable of clearing the boundary with his bat.

He is the youngest cricketer to captain a test match side at 20 years of age and also the youngest player to top the ICC Player Rankings for bowlers in ODIs and T20s.

Keep an eye out for this young prodigy!

Shakib Al Hasan is considered to be one of the greatest all-rounders of all time. In August 2021, he became the first cricketer to have the double of 100 wickets and 1,000 runs in T20Is history.

His contributions have been equally vital with the bat and ball. He has an explosive left-handed batting style, generally deployed as a middle-order batsman. Without a doubt, the left-arm orthodox spin wizard has been a consistent player for Bangladesh.

Being the highest wicket-taker for Bangladesh in all international formats, watch out for him!

Bangladesh- Round 1 Group B

Adil Rashid hails from Bradford, West Yorkshire, and is of Pakistani background. His first professional breakthrough was when Adil ripped through Warwickshire with 6 wickets on his first-class debut in 2006 at Scarborough.

Rashid at present is England's leading wicket-taker among spin bowlers in ODIs and T20Is respectively. The leg spinner uses four different deliveries: the leg break, the top spinner, the googly, and the slider. As for his contributions with the bat, he is a useful lower-order batsman with a high strike rate.

He played a crucial role in England’s historic ODI World Cup 2019 victory and will definitely be a dominating presence in the upcoming T20 campaign for his team.

Mohammed Shami is recognized as a special talent with the ball, a hard-working individual who consistently bowls at 145-150 km/h.

He is known for his death bowling during the last overs of an innings and is described to be “unplayable” at times in all formats.

"Shami never wanted money. His goal was the stumps, the sound that comes from hitting the stumps. Ever since I saw him, most of his wickets were bowled. He bowls with an upright seam, on or just outside off stump, and gets it to cut back in."

His special ability is to swing the ball (old and new) both ways on most surfaces. Watch out for his pace and accuracy at the T20 World Cup!

The captain of the Pakistani team definitely has to be listed in our Muslim cricketers to watch out for at the 2021 T20 World Cup.

Babar became the fastest batsman, in terms of innings, to score 2,000 runs in T20Is, doing so in his 52nd innings against Zimbabwe in April 2021. Babar is currently ranked No.1 in the ODI Batsmen Rankings dethroning Virat Kohli. He is also ranked No.2 in the T20 Batsmen Rankings currently.

Pakistan captain Babar Azam is confident of winning the ICC Men's T20 World Cup as he said the Men in Green were focusing on what's to come and not their past performance.