Bali Island is still one of the top destinations for domestic and foreign tourists. The number of foreign tourists who have visited this "Island of God" reached 363,937 tourists, according to several data in February 2020. However, the sad fact is that the number of visiting tourists this year has decreased a lot to around 31.9% due to the pandemic if compared in the same month in 2019.

Mostly the foreign tourist originated from Australia with 22.5%, India with 8.2%, Japan with 6.2%. Then followed by Russia and the US with 5.48% and 5%. If you look at it, almost the majority of foreign tourists who come to Bali always hunt for tourist spots with the renowned Bali vibe of the sea and Hindu temples.

However, Bali still has lots of things that Muslims around the world can also enjoy. In this piece, HalalTrip will recommend you at least must-visit Islamic destinations in Bali. Let’s scroll down this screen, shall we?! 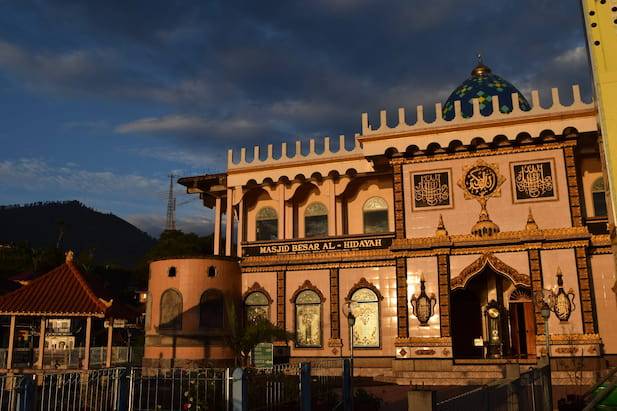 This mosque is located on Jalan Candi Kuning, Baturiti District, Tabanan Regency. You can find Al Hidayah Mosque easily since located on the main road route of Denpasar to Singaraja. Moreover, it stands in front of the tourist attraction Lake Baratan, Bedugul, or Ulun Danu Temple.

Bedugul’s Al Hidayah Mosque has a quite magnificent building with a beautiful design influenced by Balinese architectural style. This mosque was built on a hillside so you'll need to make your way up some steps to reach it.

Once we arrive at the courtyard, we will see a two-story mosque that is just dashing. Here, tourists do not only enjoy the beautiful mosque building, but also the beautiful landscape of Lake Beratan with the Ulun Danu Temple in the distance.

In addition, here at Bedugul's Al Hidayah Mosque, Muslim tourists can also enjoy the strawberry agro-tourism activity which is quite fun. It is a perfect place for your family. Your kids would have a wonderful experience seeing the strawberries right in front of their eyes.

The establishment of the Al Hidayah Bedugul mosque started when the Muslim community stays in this area many years ago. In addition, the number of Muslim tourists visiting Pura Ulun Danu Beratan is pretty substantial. So that people in the Bedugul area feel the need to build places for praying.

Gelgel Village is located in Klungkung District, Klungkung Regency. The distance is about 60 kilometers from the city of Denpasar. There are approximately 280 Muslim families live in this village.

Kampung Gelgel is the first Islamic village in Bali. The local people built the first mosque in Bali, called the Nurul Huda Mosque. The mosque’s age is over 200 years old.

Intriguingly, in this mosque, there is a pulpit carved with plants made of teak wood and is very old. On the carving of the pulpit, there is an inscription that says this mosque was repaired in 1280 Hijriyah or 1893 AD. And we can be sure, this mosque existed long before the 1860s AD.

Gelgel’s Nurul Huda Mosque was built in the late 13th century by Raden Modin and Kyai Abdul Jalil, soldiers of Majapahit. At that time, King Gelgel, Dalem Ketut Ngulesir, returned to Bali after attending a meeting of the kings of the archipelago in the Majapahit Kingdom. King Gelgel's entourage was then escorted by 40 Majapahit soldiers. This includes Raden Modin and Kyai Andul Jalil.

Since then, Raden Modin and Kyai Abdul Jalil stayed and settled in Bali where they continued to spread Islam and established the Nurul Huda Gelgel Mosque.

Here, there is a tribe or ethnicity called Nyama Selam who are the followers of Islam. However, in their daily activities, the village residents continue to carry out local traditions like any other Balinese in general.

In Balinese, ‘Nyama’ means ‘brother’ while ‘Selam’ means 'Islam'. So the meaning of Nyama Selam is a brother (of the Balinese) who embraced Islam. While the Balinese Muslims call Balinese Hindus ‘Nyama Bali’. This designation indicates tolerance between the multi-religious Balinese population because even with the difference in religion, both sides call each other 'brothers'.

The ethnic Nyama Selamis believed to be a mixture of three different ethnicities. Namely Bali, Java, and Bugis. The mixture of the three ethnicities occurred after a long history. It started with the conquest of the Blambangan Kingdom in Banyuwangi by the Buleleng Kingdom with its king, Ki Barak Panji Sakti around the 16th century.

The Mataram ruler wanted to end the war and asked for a truce. As a form of respect, the Mataram king presented Barak Panji a horse, and eight Muslim governors.

After returning to Bali island, the eight governors were deployed in Banjar Jawa and were assigned to help the Buleleng Kingdom in the war. That is why when the Kingdom was attacked, the eight governors worked hand in hand with the Buleleng Kingdom troops driving away from the attackers until finally the attackers were defeated.

For their services, the eight governors were awarded land on the border of Buleleng. While Buleleng King also allowed his daughter to marry one of the governors. So that there was a mixture of ethnicities between Java and Bali.

As for the Bugis, during the 1850s, King Hasanuddin, who made a sea expedition from Sulawesi to Java, ended up being stranded in Buleleng waters. The Bugis troops then confronted and asked for help from the local King of Buleleng.

The request was granted by the King of Buleleng. The king invited the Bugis to choose whether to live by the coast or to live in the village of Pegayaman where there was already an Islamic settlement at that time.

Some of Bugis troops chose to live by the coast, while others chose to live in Pegayaman. It was the arrival of the Bugis that made the ethnic mix that is present now with a mix of Bugis, Balinese, and Javanese. 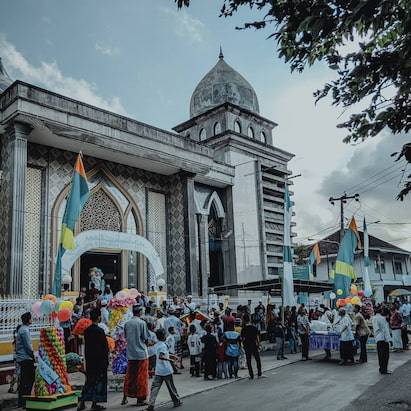 Loloan Jembrana Village is about 90 kilometers from Denpasar. This village is known as the largest Muslim community residence in Bali.

In this village, you can see many Islamic relics from the past. Like the Baitul Quddim Grand Mosque.

This mosque was founded in 1679 by a Bugis cleric from Buleleng named Haji Yassin. He then went to the East of the River and built a mosque on the banks of the Ijogading river. The mosque was built on the concession area (agreement) of I Gusti.

Inside this mosque, there are historical relics such as the ancient Al Quran with a length of 49 cm, a height of 31 cm, and a thickness of 8 cm. This Al Quran was by Tuan Guru Datuk Ya'Qub Trangganau, from Malaysia in 1238 Hijriyah, using paper material with a front cover made from goatskin.

In addition, there is also an ancient Al Quran holder with a size of 45 cm long, 26 cm high (after opening), 23 cm wide, with a wood thickness of up to 2 cm. On the outside, it is decorated with ornamental carvings of flower vines, geometric lines colored in gold and red.

Other than that, just behind the mosque are also the tombs of the great ulama who were instrumental in the spread of Islam in this region. 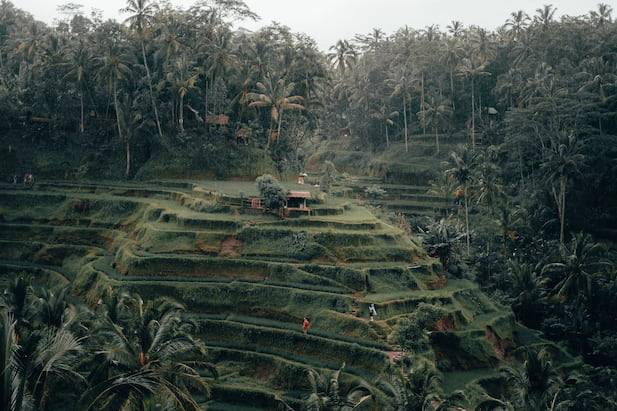 Even though Bali is well known for something else, there are so many other things to see and do on the island of Bali. Check out our other blogs on Bali here! So after you read Halaltrip’s recommendation about Islamic destinations, don't worry. You can still enjoy Bali, the Halal way!