Bangladesh is indeed a country that has so much to offer to its travellers. The vibrant cuisine, the tantalizing natural sceneries, its wildlife, the warm and friendly people, the culture, well the list goes on and on.

For a Muslim traveller, the main concern that comes to mind is how to make their travel a halal one, therefore mainly food and prayer places are indeed a concern, but the best part that makes a holiday to Bangladesh rather easy for Muslim travellers is that Bangladesh is one of the most Muslim-populated countries in the whole wide world, with almost 85-90% of its population being Muslims.

Therefore finding halal restaurants and prayer places in Bangladesh, especially around the country’s capital, Dhaka, is not a tedious task.

The call to prayer can be heard in all directions during the time for Salah, and the sound itself could lead you to a mosque close by, or the people would cordially extend you a helping hand in finding one, but below are a list of nine mosques and prayer places in Dhaka that I recommend a Muslim traveller must visit during his/her visit in the city rich in culture, history and beautiful architecture.

Find things to do in Bangladesh

Check out our Dhaka city guides 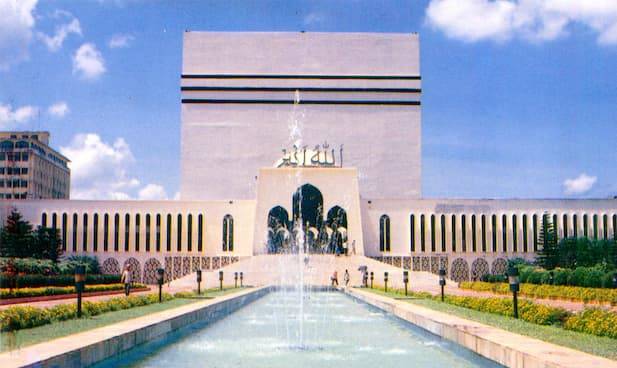 The first in my list is this magnificent mosque that comprises eight stories about 99 feet high, giving capacity to 40,000 people. The Baitul Mukkaram is also the National mosque of Bangladesh.

Due to its enormous size and capacity, it gains the prestigious position of being the 10th largest mosque in the world, therefore making it a prime location that a Muslim traveller must visit during his/her stay trip to Dhaka.

The architecture of this mosque comprises of a Mughal influence, but the prominent feature of the most is the cubical shape that resembles the Holy Ka’bah in Mecca.

The star mosque or the "Tara Masjid" is another mosque uniquely known for its design, and its long history that extends back to the 19th century. The mosque got its name due to the blue star mosaics that decorate the mosque, giving it a unique appearance. The use of these mosaic patterns and styles give the Mosque a magnificent look, unlike any mosques you can find in the area.

This is an archeological site of Bangladesh situated in Old Dhaka. The mosque’s history dates back to the early 1700 AD and was founded by Khan Mohammed Mirza, whose name the mosque was named after. The mosque is situated in a high platform about 5.81 metres from the ground,which gives the mosque a distinct look since it's elevated. The most prominent feature in the mosque is the brown hue that covers it, showing that the mosque has a rich past and it is indeed a location that a Muslim traveller must visit during his or her halal trip to Bangladesh. 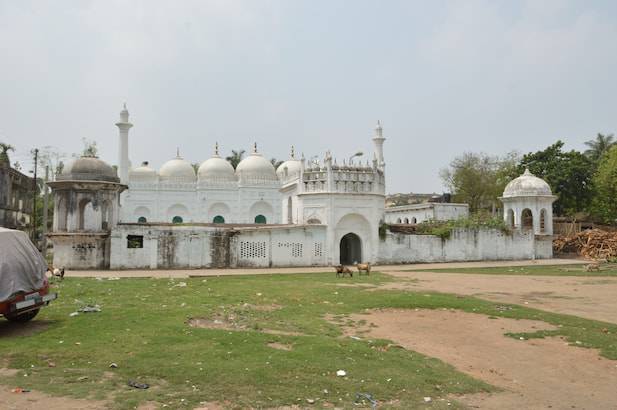 This historical mosque is located at Chawk Bazaar at the old town of Southern Dhaka. Similar to the Khan Mohammed Mirza Mosque, the Chawk Masjid is built on a high platform, but this mosque has been dated to be one of the oldest Bengal mosques built in such manner. The construction of the Chawk Masjid dates back to the 17th Century and it is a great mosque to visit for all those Muslim travellers with a great passion for history and culture during their Halal visit to Bangladesh.

The Karthalab Khan Mosque, which is also known as the Begum Bazaar mosque, is located in the Begum Bazaar area at old Dhaka. This mosque was created in the early 1700s by Karthalab Khan hence obtaining its name. The Karthalab Khan mosque stands today as one of the beautiful Moghul creations of the city built on a high platform, underneath which is the bazaar. The interior of mosque is as equally stunning as a variety of ornamental features and architectural elements that adorn this beautiful and historical structure.

The Hussaini Dalan in Dhaka serves as the main Hussainiya of the city, and is a historical mosque whose structure dates back to the 17th century during Mughal rule. The mosque is very simple, yet beautiful. The most prominent feature and attraction is the pond that sits on the south of the mosque, giving the mosque a very unique ambience. 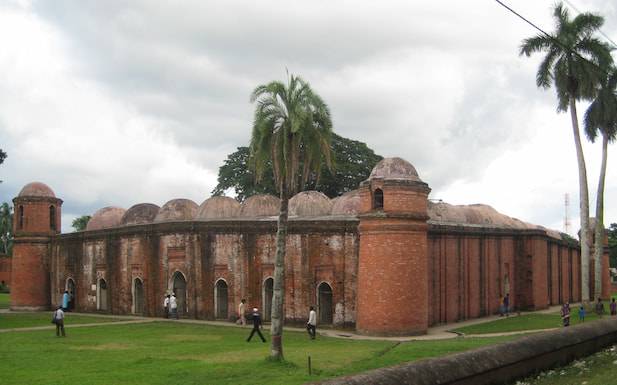 The Sath Gambuj mosque which is located in the outskirts of Dhaka is yet another impressive monument built during the Mughal period around the 17th Century. This mosque is also known as the “60 dome mosque" even though it has 77, possibly due to the 60 pillars the mosque has. The mosque is situated in a picturesque location and would be an amazing place to visit for all the Halal travllers with an eye and passion for history.

This mosque is situated by the Buriganga River at Mitlford, old Dhaka. This historical mosque was built by Moghul ruler Shaista Khan, hence obtaining its name. The monument bears rich historical features of Mughal architecture including an Old Persian inscription that declares the mosque was erected by Shaista khan. 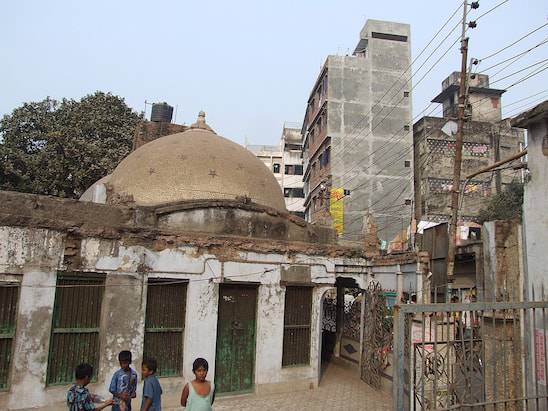 This historical mosque of Dhaka still stands today as one of the oldest mosques ever built in the city.

The mosque was constructed in 1456 by Bakt Binat, the daughter of Mahamarat. It is rather a simple mosque with a singular dome, though recent rennovations were made to increase its capacity, yet the mosque still has a beautiful history which makes it yet again, another mosque you must when you travel to Bangladesh.

Find a Mosque near you in Dhaka

Find a Halal Restaurant near you in Dhaka