Singapore is melting pot of different people, cultures, religions, and races. But at the same time, each of them is allowed the freedom to maintain their individuality and to practice their religion without prejudice. This is what makes it one of the best places to live and travel, and what gives you a long list of what to do and see in Singapore.
Singapore is home to many gorgeous and iconic mosques, some have been around for centuries (and have been gazetted as national monuments) and some are brand new. Some hold a piece of history in place while others depict the beauty of modern architecture blended into culture and tradition. Either way. It is fascinating to visit them!

Here are 8 must-visit mosques in Singapore: 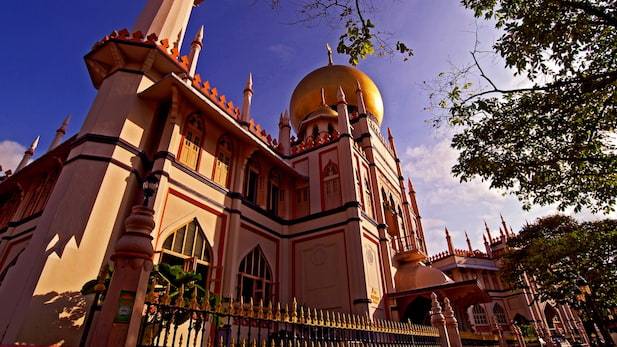 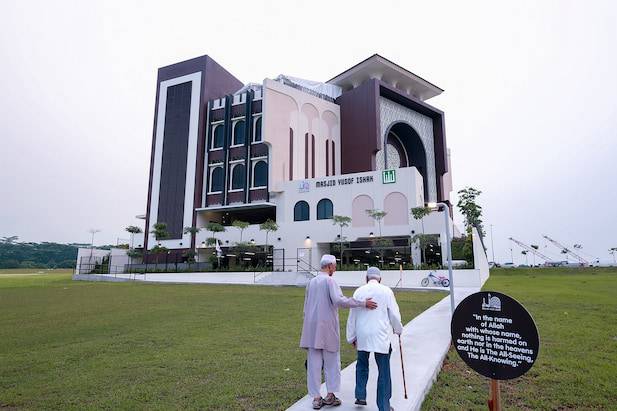 Image Credit: Masjid Yushof Ishaq on Facebook
Address: 10 Woodlands Drive 17, Singapore 737740.
Phone: +65 6893 0093
How To Get There:
Nearest Bus Station: Bus Stop 46969, 46961, 47501, 46979.
Nearest MRT Station: Admiralty (NS10)
As one of Singapore's newest mosques, Masjid Yusof Ishak – which only opened its doors in April of this year – is a gorgeous masterpiece of architecture. It blends the nuances of traditional mosques, elements of Nusantara heritage, and modern styling. It is named after Singapore's first president and uses influences from his own private residences as well as his favourite things, like Orchids carved onto the teak mimbar. The mosque has a capacity to host 4,500 people, and also houses an auditorium, a conference room, a roof terrace, seminar rooms, and a multipurpose hall. If you're looking for where to pray in Singapore, a visit to this brand-new mosque is well worth it! 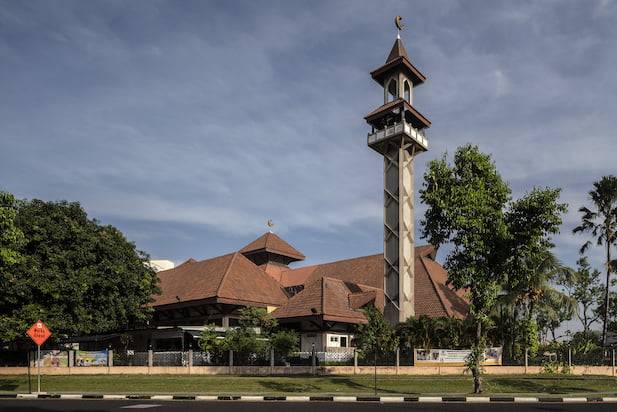 Address: 9A Bishan Street 14, Singapore 579786.
Phone: 6354 3138
How To Get There:
Bus Services: 53 and 410
Nearest MRT Station: Bishan MRT Station
Located in Biswan, this mosque was inaugurated in 2006 and has the ability to accommodate over 4000 people. Masjid An-Nahdhah is said to be a “new generation mosque” that caters to “the religious and spiritual needs of the Muslim community”. The mosque building also houses MUIS's (Majlis Ugama Islam Singapura – the governing body of all mosques in Singapore) Harmony Center that includes exhibits, artefacts and information, where visitors can learn about Islam and the Muslim community in Singapore. The mosque also deals with inter-faith understanding and similar issues faced in the modern world. Th building too seems non-traditional, looking more like a swanky office building, with a single high-reaching non-conventional minaret. It's uniqueness and the importance of it make this a must-visit mosque in Singapore. 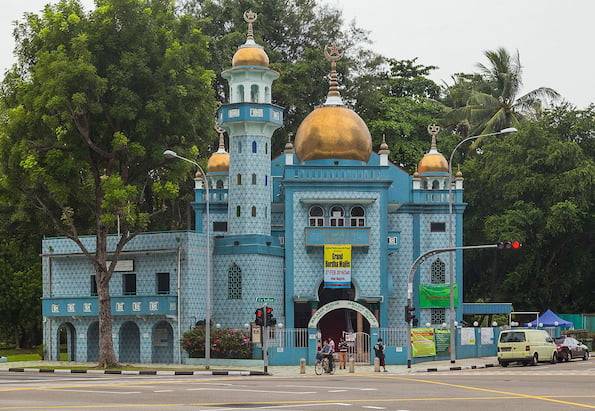 Address: 503, Tampines Avenue 5, Singapore 529651
Phone: +65 6786 5545
How To Get There:
Bus Services: 3, 10, 22, 23, 31, 65, 65M, 67, 69, 72, 291, 292, 293
Nearest MRT Station: Tampines (EW2)
Masjid Darul Ghufran, located on Tampines Avenue is a pretty popular mosque that can get pretty packed during Friday prayers, even though it has the ability to comfortably host 4500 worshipers at one time! It was built in 1990 and is the second largest mosque in Singapore. If you're in the Simei area and are looking to find nearby mosques in Singapore, Masjid Abdul Ghufran is your best option as there aren't any others in the town. Other than convenience, what makes this a must-visit mosque in Singapore is its unique architecture of brick-clad wall panels which gives it a unique appearance almost like an indoor ground, which is pretty fascinating! Currently, the mosque is undergoing a full-scale upgrade and is scheduled to be completed in the third quarter of 2018.