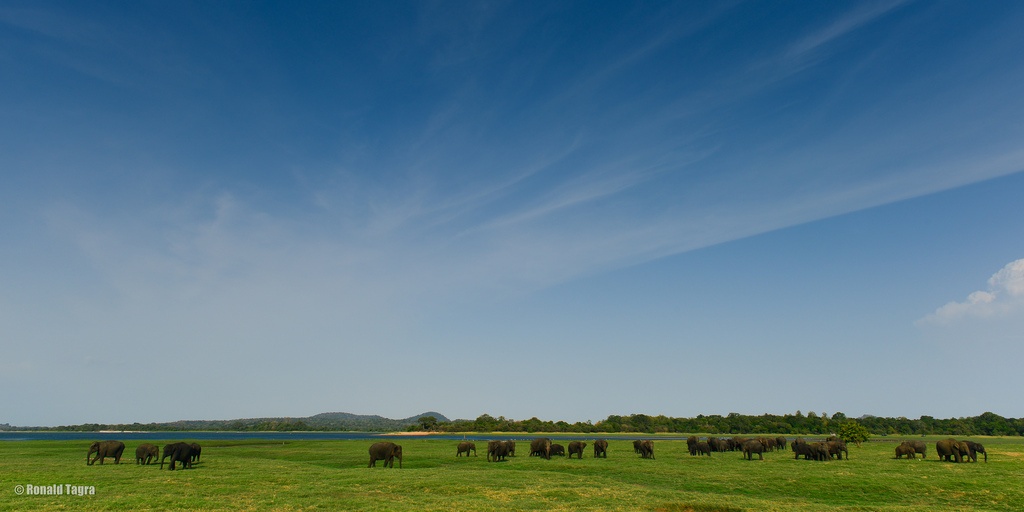 Pay a visit to some of the top national parks in Sri Lanka to observe beautiful wildlife in natural habitats.  In Sri Lanka a wildlife safari is the ideal getaway for adventurous Muslim travelers and those who enjoy bird watching or wildlife. The Sri Lankan forests are home to numerous kinds of rare species of animals, birds, reptiles and flora that are unique to Sri Lanka. 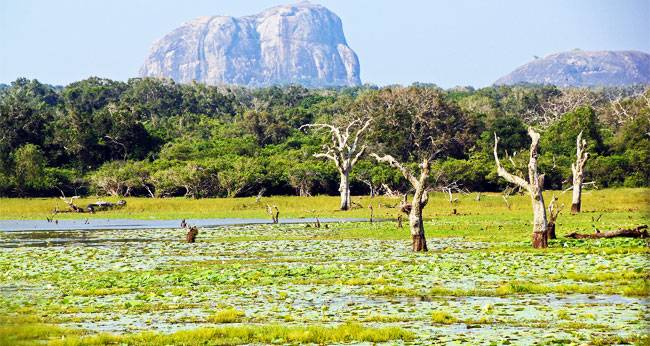 Where to see leopards in Sri Lanka? As the second largest park, Yala National Park – offers some of the best wildlife experiences in Sri Lanka. The park consists of five blocks, two of which are open to the public where visitors get to experience amazing wildlife tours in Sri Lanka or a Sri Lankan leopard safari - Yala has the highest population of leopards in the world. Yala is also a popular place to view an elephant herd in the wild during the right season. This national park hosts different type of forests with 215 species of birds, 74 species of reptiles inhabiting the areas and some which are unique to Sri Lanka – including mammals such as wild water buffaloes and golden palm civet. Sithulpahuwa and Magul Vihara, two important religious sites for pilgrims are located in Yala too. Kumana National Park is located nearby which is great for bird watchers, while the Ruhnu National Park is also nearby and is worth a visit too. 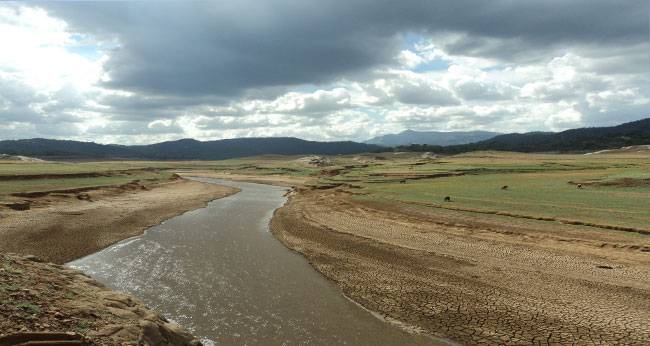 Bundala National Park is one of the top national parks in south Sri Lanka especially for bird and wildlife enthusiasts – with flocks of flamingoes, cormorants and other species of aquatic and flying birds. There are a few elephants to be seen too, including other mammals like leopards, languor, spotted deer, the Indian pangolin and much more. There also numerous kinds of fish, amphibians and reptiles to be seen in their natural habitat with four species of turtles visiting the coastal area of Bundala during the right seasons. Bundala National Parks is also considered as a biosphere reserve by UNESCO. 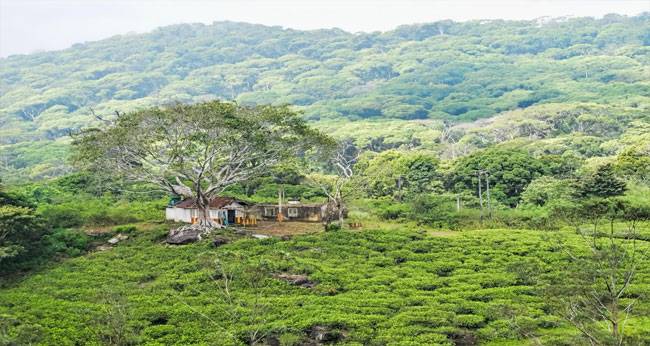 The Sinharaja Forest is one of the well-known Sri Lankan forests that is both a biosphere reserve and a UNESCO World Heritage Site. Going on a hike through these Sri Lankan forests is a rewarding experience to see wildlife in their environment among natural flora even though these are rare sightings. 160 bird species are part of the Sinharaja Forest habitat, with 45 species of reptiles and rarely seen mammals such as leopards, barking deer, squirrels or wild boar. There are also several trekking trails where tour guides or local villagers will guide visitors through the natural landscapes of Sri Lankan forests. 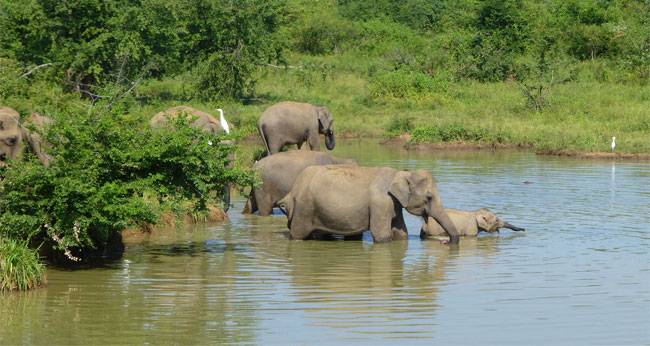 If you are wondering where to see elephants in Sri Lanka, you must visit the Udawalawe National Park – one of the top national parks in Sri Lanka, where large elephant herds are attracted to the area because of the Udawalawe reservoir. Udawalawe National Park was initially created to provide a sanctuary for elephants. Sri Lankan leopards, rusty spotted cats, Sambar deer and other unique mammals and several species of aquatic birds including herons and storks can be seen too.  Udawalawe is ideal for bird-watching, where birds of prey such as eagles visit the park frequently. 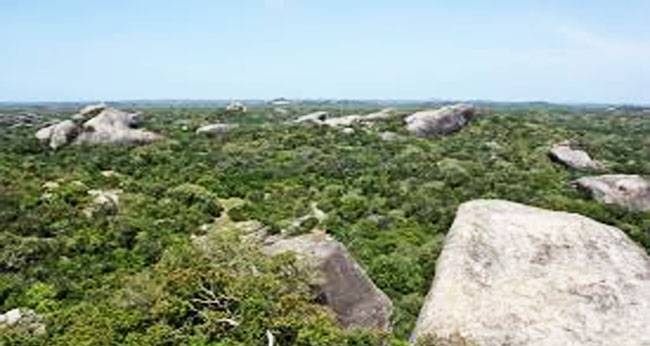 Wilpattu is another one of the top national parks in Sri Lanka that is great for a Sri Lankan wildlife safari  - visitors can choose between morning,  afternoon or full day safaris. There are almost 30 species of mammals such as spotted deer, elephants, wild boar and mongoose - including a wide range of bird species of owls, eagles, kites and much more. Reptiles such as unique lizards, snakes and even crocodiles can be seen too. The animals that are most well-known at Wilapattu are the Sri Lankan leopard and the Sri Lankan sloth bear which is a very rare species. 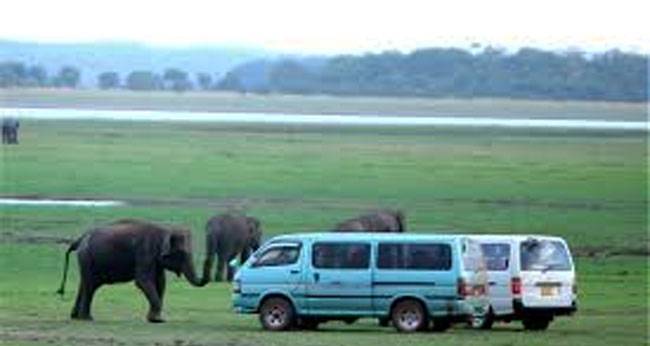 This national park is another great place to visit for those who need to know where to see elephants in Sri Lanka. The prominent Minneriya tank was built by King Mahasen during the third century and is an important relic - during the dry season the elephants flocks of different birds come to graze and fish when the tank becomes very shallow. This is known as ‘The Gathering’ that takes place between August and September at the peak of the dry season. There is a wide range of flora that is a part the beautiful landscape with at least 160 species of birds and 94 mammals and interestingly 75 species of butterflies.

The HalalTrip iOS and Android App is a great tool for Muslim travelers who find it difficult to calculate prayer times and find the correct Qibla direction while traveling to an unfamiliar location.