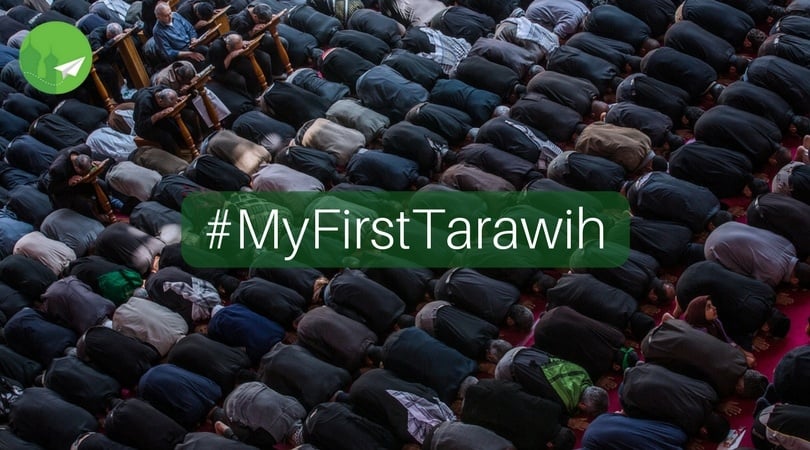 "I had seen my share of incredibly beautiful mosques, but nothing I had ever seen previously even came close to the magnificence of
Masjid Al-Haram"

Remembering my first Ramadan. The first one that I was old enough to actually fast and follow all the rules with it, takes me back to a time of sweet childhood memories. I was six years old when my parents first spoke to me about me fasting during Ramadan that year. They knew I was still quite young to actually take it seriously, but they also knew that I loved a challenge and would try my hardest to stick to the fast even if it was tough. What they didn’t know was that I would end up fasting every single day of that Ramadan even though they’d only initially wanted me to get used to it by fasting a couple of days here and there or even just a couple of hours per day. I had grown up watching them and my older brother abstain from eating and drinking from dawn to dusk during the month of Ramadan, praying and supplicating more so than usual, and I somewhat knew the reasoning behind it. But what excited me more was that I could finally be like the grownups! My six year old self was so honoured and ecstatic that my parents were finally ready to allow me to participate in something they did too!

That Ramadan, it was different. Not only was I going to be able to fast along with them, but I would also be experiencing the Holy Month in the sacred city, Makkah! My dad had decided that we as a family would make the journey from Dubai to Makkah by road, and spend the month of Ramadan there. After weeks of prep, we were off! While fasting, we drove for 12 hours straight to Riyadh, with a couple of our family friends; including kids my age, where we met up with my aunt and uncle and their three children. From Riyadh, we continued our journey to Makkah. Upon reaching Makkah, we checked into our hotel and while we were exhausted, none of us could actually sleep because of our excitement! We headed off to Masjid Al-Haram to perform our Umrah, and I remember just being in pure awe. Having grown up in the Middle East, even by the age of 6, I had seen my share of incredibly beautiful mosques, but nothing I had ever seen previously even came close to the magnificence of Masjid Al-Haram. There’s no point in me trying to explain how incredible the mosque is, because it truly is something that you have to see with your own two eyes to believe.

After performing our Umrah, we stayed at the mosque so we could get a good spot to break our fast - while the mosque is always packed throughout the year, during Ramadan the crowd is unreal! - and this is when it hit me. My little self had managed to beat the fatigue and pushed through the long day while fasting. My little stomach was rumbling and boy was I tired, but I was still going! Maghrib Adhan was called, it was Iftar time! We broke our fasts with a date and some water, offered our prayers and then had a bite to eat. After that, we decided to stay on further for Isha prayers, and then for Tarawih.

This would not just be my first Tarawih, but also my first Tarawih in this sacred city. I had heard stories, all the recollections my friends and family had, of their previous visits to the Holy Mosque during Ramadan, of not just the prayer being long, but also each Rakaat, each Rukooh and each Sujood being extra long too. I knew the prayer would be lengthy, and my mum had given me a crash course on how to perform Tarawih and the importance of Tarawih prayer in Ramadan as it was my first time, and I was mentally preparing myself. Once the prayer started, I immediately knew that everything I had heard was right - it was long! But the electric atmosphere and the Imam’s beautiful recitation blurred everything out and the time just flew by. I was simply awe-struck by the intensity, by how millions of people, from kids my age and even much younger, to aged adults in wheelchairs, were all lined up, praying their hearts out to The Creator. There was no way I was going to complain, because I knew it was such a blessing to be able to perform my first Tarawih in Masjid Al-Haram. The prayer was beautiful. I remember that when it was over, I just wanted to do it again and again, even though by then I was exhausted! I was addicted. It was a feeling that is absolutely indescribable. A feeling only those who have been there and experienced it for themselves will know.

I was lucky. I had the chance to perform Tarawih, right there in that exact mosque for the rest of the month. And I never got tired of it. Yes, I got distracted multiple times throughout the prayer. I would occasionally lose concentration and ended up watching kids near me quietly play with each other while their parents prayed, or just counting the flowers on my prayer mat, or even just thinking random thoughts, and somewhere in the middle, I may have even dozed off for a few seconds! Remembering my first Tarawih isn’t that easy since it has been a long time, but it’s also not something that I will easily forget. Over the next few days my mum gave me a few more pointers, of dua that I could make, and of the supplications that I could recite just to enhance my prayer a little further and of how I could focus more instead of being distracted by what was happening around me; and even though I tried, I may have ended up zoning out into space a couple of times each night anyway. But hey, I was six!

Tarawih during the last ten days of Ramadan was incredible. I never thought it could be possible for the atmosphere to be even more ramped up, but it was! I would give anything to be spending this coming Ramadan and to be offering Tarawih in Makkah! Even today, twenty one years later, I keep thinking to myself..my first Tarawih experience was in Makkah! I was so incredibly fortunate, and it truly doesn’t get more special than that! Alhamdulillah!