The holy month of Ramadan has arrived, and with it, the celebrations. The Iftar cuisine varies depending on the location and country. Samosa, pakora, kabab, and tikka are some of the most popular snack foods in nations like India, Pakistan, and Bangladesh.

During the holy month of Ramadan, iftar is a meal served on the last day of the day to end the fast. Ramadan also spelled Ramazan, is the ninth month of the Islamic calendar. Or commemorate the first revelation of the Quran, Muslims around the world fast for 29 to 30 days.

Here are some of the most popular iftar cuisines in India. These Iftar snack recipes are tasty and excellent for breaking your fast, including anything from exquisite Kababs to a variety of pakora.

Iftar thali contains a wide range of fruits. Any kind of seasonal fruits is included as well as some traditional fruits which are a must. The different fruits can include dates, apple, lemon, watermelons, papaya, kheera which is cucumber, banana, etc.

The whole Iftar food fest begins with eating Dates, it works as a starter traditionally. 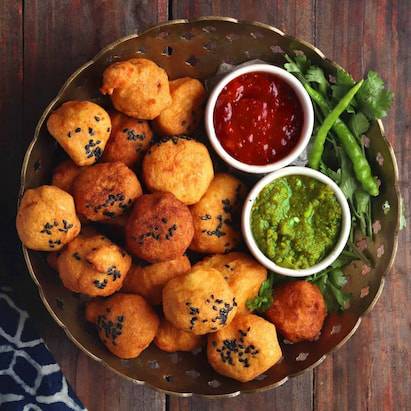 Urad dal vada is a quick and easy iftar snack made with urad dal and herbs for Ramadan. It is a delicious delicacy that is deep-fried in small spherical balls. It's not medu vada, a popular breakfast treat in South India, but a simply deep-fried urad dal vada.

People try to make various pakora or vada recipes using various dals during Ramadan. They are traditionally produced for the holy month during the iftar hour as appetizers.

Lachha Paratha, also known as layered paratha, is a popular type of Indian bread found throughout the northern half of the country and is traditionally a large part of the Iftar thali.

The method of creating lachha paratha is very similar to that of producing Malabar paratha or Parotta, a popular meal in southern India. The primary difference is that the Parotta recipe calls for all-purpose flour/Maida instead of the whole wheat flour used in lachha paratha.

A normally rolled paratha is pleated and then rolled again to make this paratha.

Though it takes a little longer to prepare than a regular paratha, it is an excellent choice because this paratha is crispy and delicious. 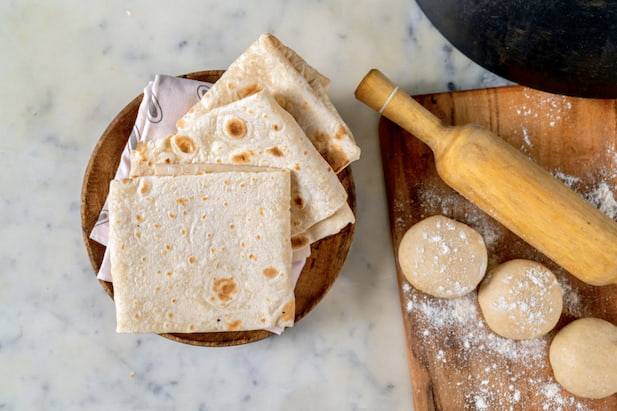 Roomali Roti is a type of unleavened bread that is thought to have originated in India. Without Roomali Roti, any Iftar thali is incomplete. The word 'roomal' is derived from its structure and implies a handkerchief.

Roomali roti, ironically, is used to cover the Iftar thali in the shape of a roomal, which is identical to its actual meaning. The dish is thought to have been created during the Mughal era.

Haleem, also known as Halim, is a traditional stew from the Middle East, Central Asia, and India. Haleem is a staple for iftar, the meal that breaks the day's fast, and is traditionally prepared during Ramadan. It is healthy, high in protein, and readily digested.

Although the recipe varies by region, wheat, cereals, and pulses are always present.

The dish is known as harees in the Middle East and haleem on the Indian subcontinent. Hearty sizzling hot haleem is a healthy dinner all year, but it's especially important during Ramadan.

Haleem is the ideal combination of texture and flavor. Haleem is a rainbow of flavors in a spoonful. The dish has a distinct flavor, aroma, and texture that is both nourishing and hearty. 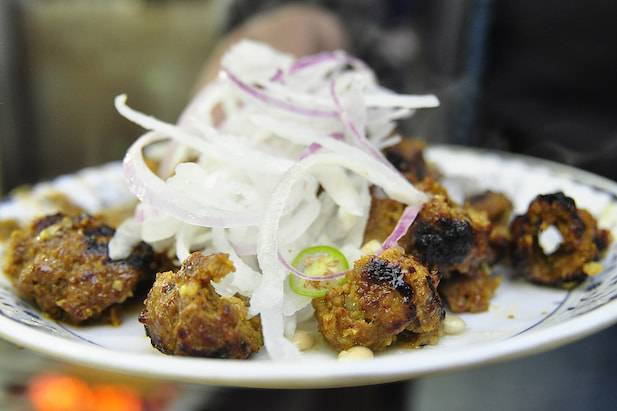 Iftar is the most important meal of the day when mouthwatering dishes are consumed. Iftaar dishes include haleem, biryanis, to phirni but the most popular are kebabs.

Throughout the month, many kinds of kebabs are made. Sutli kebab made with beef, Gurda kebab, Chicken sheekh kebab, and other fascinating types of kebabs is a must-try during the festival.

Many people appreciate the regal delicacy of biryani. This is especially true during the month of Ramadan. In their iftar meal, people like to break their fasting and eat biryani.

Every Ramadan, both Muslims and Non-Muslims in India look forward to feasting on the delicious delicacy - Biryani. Iftar isn't complete without some delectable biryani. During Ramadan, it is one of the most widely cooked recipes in Muslim families. 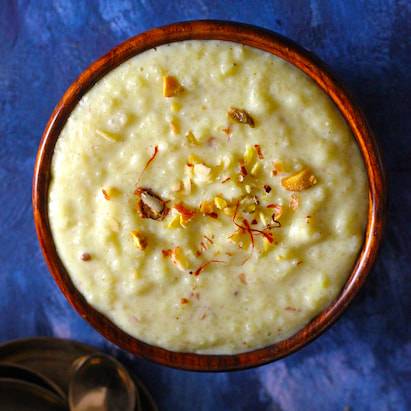 India is known for its extensive desserts, and there are many varieties depending on the location of origin. Rice pudding is known by several various names, including Kheer, Phirni, Kheeri, Payesh, and Payasam.

Phirni is a Ramadan meal cooked with premium quality, long grain Basmati rice, complete fat milk, spices like cardamom, and some threads of saffron, and topped with nuts. This dish is available all year, but it is most popular during Ramadan, the holiest month for Muslims all over the world. It's high in calcium, proteins, and Vitamin A, plus it's quick to cook.

Ramadan is not only an honorable month in the Islamic calendar but also an opportunity for individuals from all walks of life to sample some of the most delectable and sought-after celebratory delicacies, prepared with finesse.

One such instance is raan, which is commonly prepared during Iftar and is a must-try for all meat-eaters. This lamb meal is made with the hardest cut of the lamb - the hind leg, which is generally used for keema. The key to creating raan is to take the toughest part of the lamb and turn it into something so soft and luscious that you can eat it with a spoon.

India is a land of scrumptious dishes and extraordinary flavors. Hence, the Muslims residing there take it upon themselves to create some of the most mouthwatering Iftar dishes during the occasion of Ramadan!