The Journey to Port Elizabeth

The distance from Gauteng to Port Elizabeth is approximately 1050 km long and while the drive through the Garden Route- South Africa’s very own paradise strewn with Fynbos and glittering coasts- is nothing short of magnificent the first leg of the journey to Port Elizabeth is tedious, barren and extremely exhausting. Starting a trip, especially with children, the last thing you'd want is to reach the start of your actual road trip exhausted and frustrated so we opted for the easier option. We chose to rather fly to Port Elizabeth which is a comfortable 1 hour and 45 min plane journey. When in South Africa the safest airline to consider at the moment for your trip would be Fly SafAir. As a result of covid, many local airlines had to take up a permanent spot in airport hangers but Fly SafAir was able to stay afloat and with reasonable prices as well so you can rest assured that you won't get the nasty surprise of your air carrier canceling on you a week before departure. 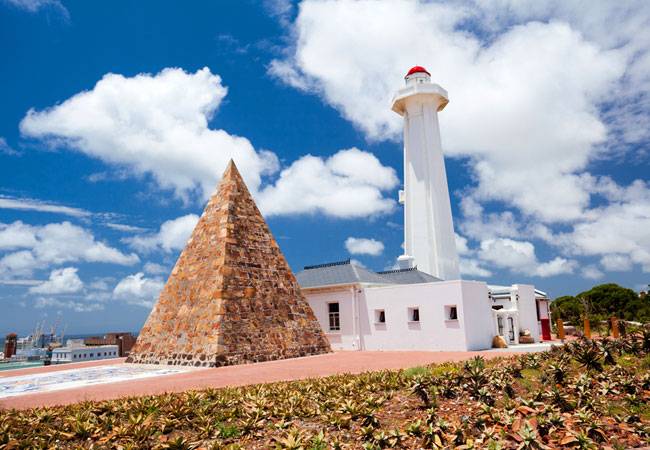 Although it does accommodate international flights, the Port Elizabeth Airport is relatively small; so it’s extremely easy to navigate. Once landing in Port Elizabeth the best way to explore the Garden Route would be to hire a car which is exactly what we did and drive it through the various towns until we reached Cape Town. What needs to be taken into consideration though is that the car hire is a bit more expensive than usual because your pick up and drop off points are different so you are looking at approximately R1500 more being added to your bill. 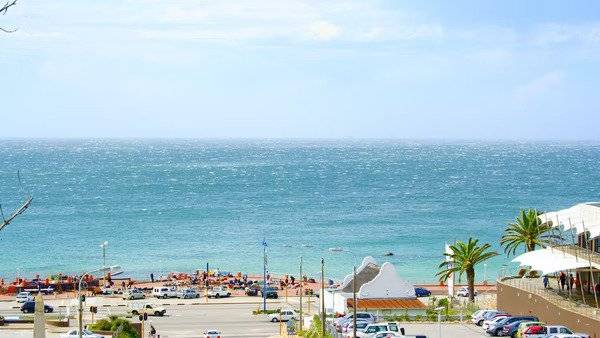 The airport is centrally situated and is a mere 5 mins drive from Summmerstrand, the city's tourist hub. Summmerstrand is a beach stretch that houses the likes of well-known beaches such as Shaka's Rock and the infamous Kings Beach. The beaches are relatively warm, the sands translucent and although Port Elizabeth is a haven of sunshine it's also nicknamed, ‘The Windy City,' so being pelted by beach sand or having your sun hats blown away is always a possibility. The beach promenade at Summerstrand offers a variety of activities from enjoying a splash on the beach to hiring bicycles and riding them on the promenade to beautiful views of the Port Elizabeth Harbour which is one of South Africa's most important trade routes. Towards the upper end of the beach promenade, you will find the Fynbos Trail. The Fynbos is an indigenous plant found predominantly along the Garden Route. The trail allows visitors to enjoy either a 4km/7km run or walk on the boarded trail while taking in the stunning ocean views. Within the vicinity, you will find The Summerstrand Masjid located on Pier Street. With easy access to the main road, this is a convenient stop however due to Covid the masjid only opens for salaah. There is also an array of accommodation to choose from and all rather reasonably priced because Port Elizabeth unlike the other main cities in South Africa is not a flourishing tourist town so if you looking for a quieter trip then this city is an easy restful trip. There are not many halal options in Port Elizabeth but a few options can be found in the Dolphin Leap Complex located between the Holiday Inn Garden Court which is a budget-friendly option belonging to the Tsogo Sun brand and Kings Beach. We stayed at this Garden Court and it's a decent stay for a one-night stopover. The rooms are the average hotel size but there are far fewer amenities than a 4-star hotel. For example, there was no mini-fridge, luggage was self-service and the pool area was much smaller than usual. What I did however greatly appreciate about the hotel was that they were halaal conscious and at breakfast, they had a separate egg-making station on offer that only cooked eggs without any meat products being added.

The History in Port Elizabeth 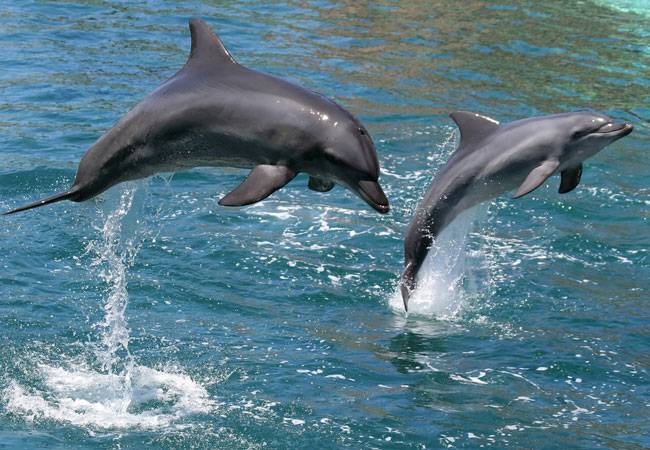 Port Elizabeth is filled with trade and colonial history and although not safe to venture out alone, there are many walking tours that will take you through the city explaining the importance of these many historical landmarks. A must-see though even if you are alone is the Donkin Reserve which houses a lighthouse and a mini pyramid with a touching inscription by Sir Rufane Donkin to his wife Elizabeth whom the town was named after. At the top of the lighthouse, spectacular views of the Harbour can be seen and as part of the 2010 world cup, the monument was refurbished to include memoirs of the apartheid regime. Adjacent to the lighthouse and pyramid is what is now known as Route 67 which consists of 67 Public Art Works symbolizing Nelson Mandela's 67 years of work and is dedicated to the Freedom of South Africa. It also includes 67 steps leading up to the second-largest flag in Africa. The city also home to one of the World Cup stadiums was specially erected for the event that took place in 2010. Known as the Nelson Mandela Bay Stadium, the stadium is still used as a venue for many world-class events.

About 20kms out, you will find Sardinia Beach which due to it being a marine reserve does not allow fishing. A wonderful feature of the beach is the rolling dunes which give you a bird's eye view of the coastline and is great fun for the kids to enjoy some dune surfing on. The pristine coastline makes it one of the best walking beaches and although you aren't allowed to fish you can snorkel and take in the under the sea beauty.

Apart from the beaches and history, there are also many game reserves namely the Addo Elephant Park which is the third-largest park in South Africa. Visitors to the park can spend the night in the park with the newly built on-site accommodation or you can just visit for the day and enjoy lion and elephant sightings.

One night in Port Elizabeth is sufficient however the town and its surroundings can also be enjoyed for a few more days if you choose to tread through the history of the town at a slower pace.