As international travels continue, some might consider traveling doing week-long or more trips and would sometimes be celebrating big days abroad. Here's an in-depth story and experience of one of our writers regarding her eid celebrations during her travel to Phuket! 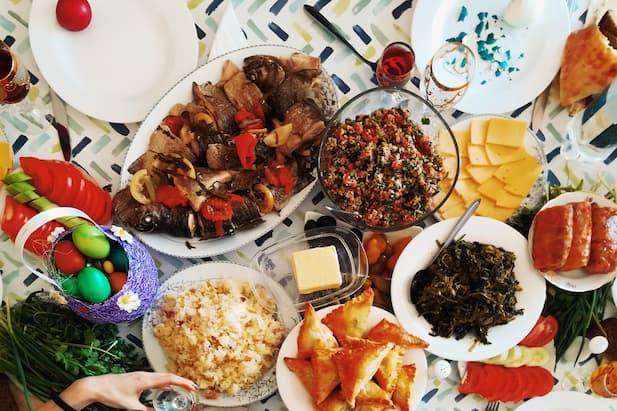 Eid al Adha fell smack in the middle of our July school holidays and while I did perform my Qurbani - the annual Muslim sacrifice performed in honor of Ibrahim AS - I decided to skip the whole Eid drama that comes with being a South African. In South Africa, Eid is generally just one massive eating affair with ALL your friends and family where a Michelin-star meal is prepared for breakfast, lunch, and supper. And it doesn't stop there, gifts are exchanged and tea time is equivalent to a high tea affair so the day involves a lot of planning and is extremely expensive especially if you are the host. So, this year since Qurbani was unfortunately still contactless at some of the farms in South Africa for reasons unknown, we decided to try something different.

2. Eid salah and the beauty of Islam 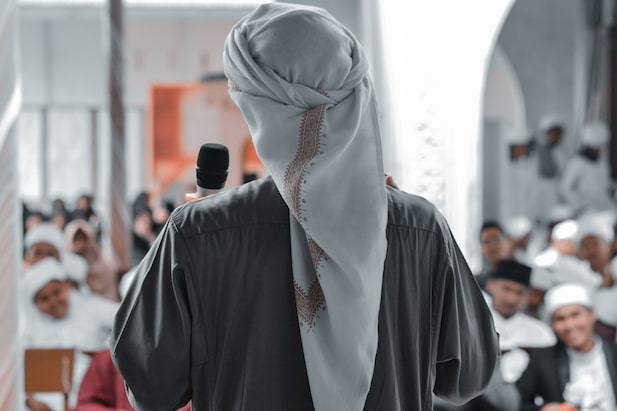 Eid like most of the world was on Sunday the 10th of July, but I assume that there was a lot of controversy over the date even in Thailand because during Jumah salah which we also attended on Friday the Iman repeated the instruction 3 times over that Eid would be on Sunday and not on Saturday. Eid salah was at 7.30 AM and the Muslim community is actually quite small in Patong. All the Muslims live on one main street right at the entrance of Patong and while you will find the occasional halal store on the beach road, the majority of the halal eateries and two masjids are on this road. We took a taxi because the Masjid called Masjid Nurul Islam was about a 3km walk from our hotel and we wouldn't have made it in time for salah with the boys. Upon reaching the masjid, the streets were filled with the Takbir being recited over the microphone which was a pleasant surprise as it indicated that religious tolerance exists in Patong. Some people arrived on their shooters but many of the families seem to be coming from between the alleyways around the masjid. The masjid isn't large but the atmosphere was electrifying. Although there was a separate women's section the masjid itself has only one entrance and the imam walked freely through the women's section finding places for everyone to sit. This experience was very strange for me because in South Africa apart from the fact that women don't really attend Eid salah, our entrances are completely separated.

To be brutally honest I have been to many masjids in the world Alhamdulillah and I have never seen a more uptight Muslim, gender-biased society than in South Africa - some of the more staunch men will not even greet you because men and women especially in Islamic gathering don't mingle let alone enter the female section. Upon reaching the masjid my husband and sons went to the men's section and I to the female. I was astonished at just how many women with their children attended the Eid salah as the moderately small room was overflowing with color from the traditional Thai Hijab and I was left even more in awe by the fact that everyone wore it - again a bit of anomaly as in South Africa we usually only wear black, even our Haj or umrah ihrams are black. Obviously not knowing what Eid salah was about I knew no better but my husband did mention that the procedure of the Thai salah is a bit different from what we read in South Africa. He mentioned that their salah included additional Takbirs. What I found so mind-blowing was the fact that even though the lecture was given in Thai and I understood absolutely nothing that was being said, I still felt like I knew what the imam was talking about and that's the beauty of Islam... We all believe in the same Allah no matter the language barrier. What also unquestionably touched me was the humility of the Thai people. Even though no one knew me and they could clearly see that I was a foreigner, every woman who sat next to me got up after the salah and wished me, Eid Mubarak. 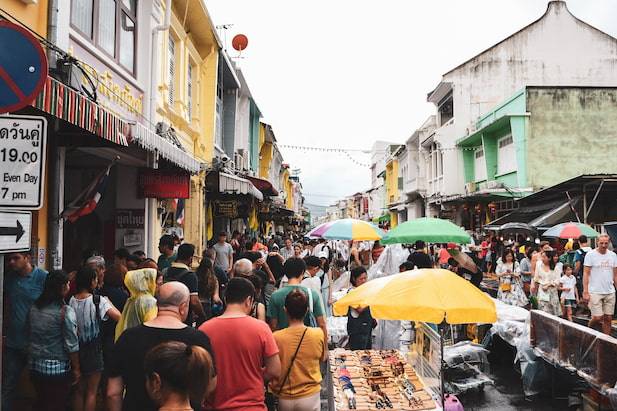 Upon exiting, not much was different from home; the community was filled with jubilation as friends and family greeted one another, and a kind soul at the entrance handed out dates. After a few minutes of selfies and festivities, the crowd dispersed and everyone went about their day as normal which I found so refreshing from the non-stop cooking and cleaning that happens back home. Because we had time to kill as it was still quite early and we were in the suburban part of Patong so taxis weren't in abundance, we decided to walk back to the hotel.

On our way, we came across another smaller masjid called Masjid Nurul Huda which didn't seem to be open so I assume that for unity’s sake everyone gathered at the main masjid. Another wonderful feature that South Africa lacks. We have so many Eid and Taraweeh venues and the tragedy is that sometimes only a sift is filled at each masjid. The Muslim community's street is just off the beach road so we were walking along the beachfront very soon. Along the way, the hawkers were already setting up although there weren't many swimmers except the usual early birds - so if you don’t like crowds or humidity, I suggest you head to the beach early. We also managed a photo op next to the infamous Phuket sign and carte blanche of the beach swings as most of the town was still fast asleep. 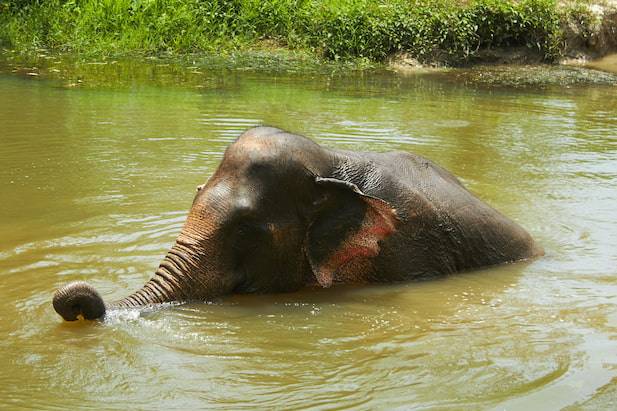 The highlight of our day though was our afternoon activity - a visit to the Green Elephant Sanctuary which is about half an hour's drive from Patong. This is such an incredible experience which I truly urge everyone do. The day is spent interacting with the elephants by first feeding them and then giving them a mud bath and body scrub. Upon arrival, you are greeted by your guide and then briefed about the elephants. Many of the elephants have been rescued from various hostile conditions and are now being taken care of along with their caretakers at the sanctuary. After the briefing, you get to feed the elephants, hold them, or even take selfies with them. You learn about their different personalities and get to enjoy their majestic company. Thereafter you accompany the elephants to their mud bath and while the brochures suggest swimsuits, I couldn't agree more as you get extremely dirty while massaging mud into the elephant's skin.

You then move on to the showers where you scrub them down and end the day off with a Thai buffet. While we do have elephants in South Africa, we don’t get to enjoy such close encounters, and although my kids personally were a bit afraid most of the other kids including my husband and I thoroughly enjoyed spending Eid in a different way this year with these beautiful creatures.

Tip: Again while many places do offer elephant interactions, I suggest you look for places such as the Green Sanctuary which practices ethical animal encounters with no harm to the animals and who maintain reputable standards.