Praying in Shanghai – 5 Mosques in the City 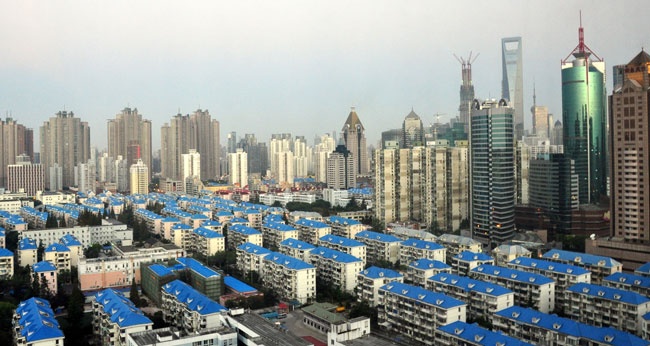 There are many mosques in Shanghai and this article explores all the places to play in Shanghae. Although one might not think so, there is a small, thriving community of Muslims in Shanghai. There are a few, but well established and grand Shanghai mosques that aid in the preaching and preserving of Islam in Shanghai. If you’re wondering where to pray in Shanghai, you’ve come to the right place! We have compiled the following list for the convenience of travelling Muslims who are looking for places to pray in Shanghai.
Click here for a Muslim-friendly city guide to Shanghai

Established during the Zhizheng reign, this is the oldest mosque in Shanghai.  It is surrounded by beautiful, sprawling gardens, with a construction that has stayed true to its original architectural styles of Arabic columns and domes as well as influences from the Chinese Ming and Qing dynasties. The foremost buildings of the mosque include prayer rooms, a prayer niche, a corridor, and sermon halls.

This is the largest mosque in Shanghai, and was first built in 1917, only to be reconstructed 8 years later in 1925. This majestic mosque holds its rich history proud and is the home to a two-storied prayer hall, a sermon room, a library and reading room, an imam’s room and a reception room.

Since its inception, it has been receiving and serving Muslims in Shanghai through its many establishments of schools and orphanages, as well as being the headquarters for organizations such as the Management Committee of Mosques in Shanghai, Shanghai Islam Association and so on.

Visitors can also enjoy a walk outside in the spacious courtyard or go further and feast on the variety of food offered by the street vendors for some of the best Halal foods in Shanghai.

Constructed in 1935 and expanded in 1984, it is situated near Dongshang Road of Pudong District, offering tourist easy access and plenty of area to cover with an expanse of 1,650 square meters in total. The mosque houses a massive prayer hall, the imam’s room, and a sermon hall.

Minarets that are 36 meters high stand tall and proud on the outside of the mosque, where you will also find shops and vendors selling Islamic study materials and Halal foods. This is another place where you can find Halal food restaurants in Shanghai.

Also known as the North Mosque, the Shanghai Fuyou Road Mosque was erected during the Qing Dynasty. During a period of time, this was the main political, religious, and cultural epicenter for Muslims in Shanghai, namely those who resided in that area.

The main areas of the mosque include the expansive courtyard, dean’s hall, libraries, many conference halls, and the exceptional prayer hall designed to resemble the palace-style construction of the Chinese.

This was the first mosque in Shanghai to be reconstructed after the establishment of the Peoples’ Republic of China. The mosque demonstrates a large influence of the traditional Arabic/Islamic style of architecture both on the inside of the mosque, and the exterior grounds.

The Shanghai Huxi Mosque comprises of a two-floor prayer hall double-heart-shaped arches and fan-shaped vaults. It also has minarets that are 25 meters high, domes, and fountains situated in both, the front and back courtyards.