With the arrival of the blessed month of Ramadan, millions of Muslims around the world observe the obligatory fast, one of the 5 major pillars of Islam. Fasting, in Islam, is the practice of leaving food and drink, from dawn to dusk. Though Canada isn’t an Islamic country, the matter isn’t so different here. With a Muslim population of over a million, the month of Ramadan here in Canada doesn’t go easily unnoticed. Canadian Muslims and non-Muslims alike are all aware of the arrival of Ramadan and its end, marked by the joyous day of Eid. Read on to get a local glimpse of how the month of Ramadan is observed in Canada! 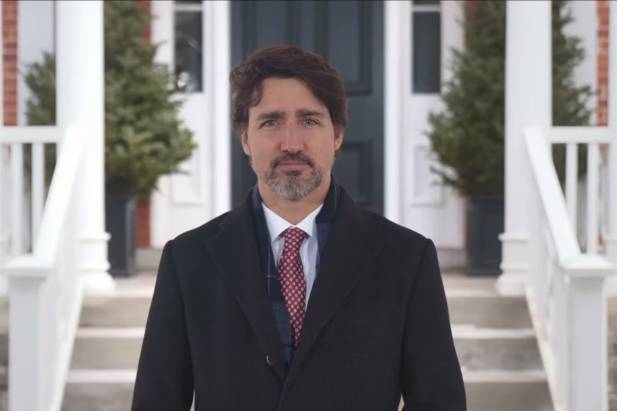 A Ramadan message from the Prime Minister of Canada

Canada, being a vastly multicultural country with many ethnicities, is beyond welcoming towards Muslims! As such, once the month of Ramadan begins, you can expect warm greetings, from Muslims and non-Muslims alike. On the flip side, though, it also means you can expect the much-dreaded question “Not even your saliva?” from someone around you. That one comes every year! It is inevitable. There is no escaping from it.

Every year, the Canadian government releases a special statement for Ramadan, as a form of congratulations and respect. You can also expect a yearly statement from the Prime Minister himself and officials.

Canada’s largest Muslim populations are in the big cities like Toronto, Montreal, and Vancouver. In those cities, you can easily find a wide variety of Islamic stores, in which to buy all kinds of Ramadan-themed decorations and gifts.

For those who love decorating their homes, special decorative banners start coming in as soon as Ramadan comes in. Canadian Muslims also shop for Halal food and snacks for Suhoor (the pre-dawn meal Muslims eat before fasting). Dates are, of course, an essential.

Iftar at the mosque 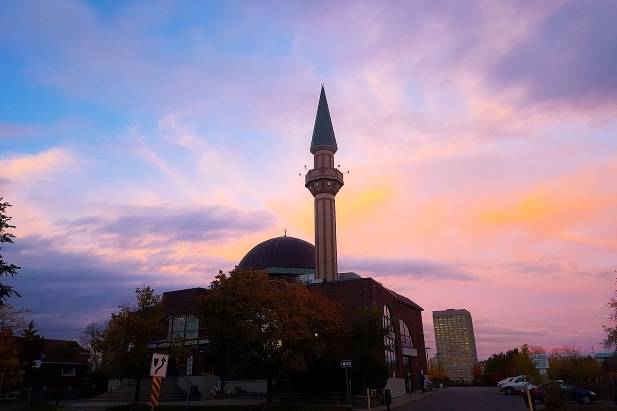 Another thing that you can see, which is very common in Canada; are Muslims breaking their fast and eating the post-sunset meal at the mosque. On the menu? Dates for the first bite and a bottle of water, always. The usual is some lentil soup served as an appetizer with a piece of bread. After that comes the main meal, which is, most of the time, rice and chicken-based. This tasty meal is often a wonderful opportunity for Canadian Muslims to socialize and have a great time!

Another common sight around your local Canadian mosque is worshippers, walking to the mosque from all directions. As the twilight fully fades after sunset, marking the time for the ‘Isha prayer, Muslims unite at the mosque to pray together.

Once the ‘Isha prayer is done, Tarawih prayers take place, which are the congregational night prayers, exclusive to the month of Ramadan. During those prayers, the Imam recites the Qur’an in lengthy units. You’ll find more people coming to the mosque during the month of Ramadan, although there always is a crowd. Nonetheless, this month of worship and self-betterment encourages even more Canadian Muslims to attend the prayers at the mosque, thus leading to huge crowds and a packed mosque!

The Day of Eid

On the day of Eid, a day of celebration, marking the end of Ramadan, fasting ends. Early in the morning, you’ll find Canadian Muslims heading to the mosque, along with their families. That is the day when mosques will be the most crowded, and children most likely will be wreaking havoc inside! But hey, it’s a well-deserved day of rest and celebration.

With COVID-19-related lockdowns, it was impossible to pray in congregation at the mosque for nearly two years. This is changing now, as those restrictions are slowly being lifted. Muslims living in Canada, like yours truly, can soon look forward to attending the Eid prayers, as was always the norm.

Eid Mubarak from me to you 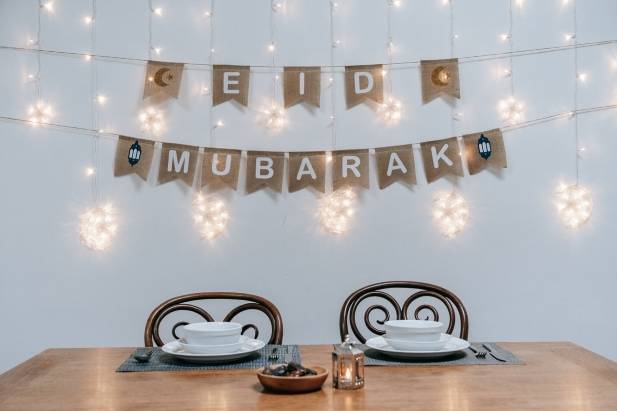 Canada may not be a prominently Islamic country, but that does not stop it from thousands and thousands of Muslims observing Ramadan in it, in the best ways possible. The mosques are jam-packed and the name of Islam thrives more than ever. Thousands and tens of thousands gather under one purpose, and that is to worship their Lord.

No matter where we are in the world, whether it is in Canada, the States, the Middle East, Asia, or Africa, the blessed month of Ramadan is common to all of us, as we are all united under the banner of Islam. As Eid arrives and Ramadan leaves, let us reflect on what we have accomplished with our time during the month of Ramadan.

Just before Ramadan ended, when I prayed Tarawih at the mosque, I noticed there were more people than the previous day. And this increase was every day. This shows us that during Ramadan, there is no such thing as losing motivation. It is never too late to make the most out of this perfect month, even if there are only a few minutes left of it. Let us all repent and increase in supplication to Allah.