More than just a country for pilgrims, Saudi Arabia has finally opened its doors to tourists.

With hopes to diversify the economy away from oil, Saudi Arabia has finally opened its doors to tourists from 49 states to visit one of the world’s most unexplored destinations. During an event in Ad-Diriyah, Chairman of the Saudi Commission for Tourism and Heritage, Ahmad Al-Khateeb, announced the launch of a new tourist visa program to the Kingdom of Saudi Arabia. 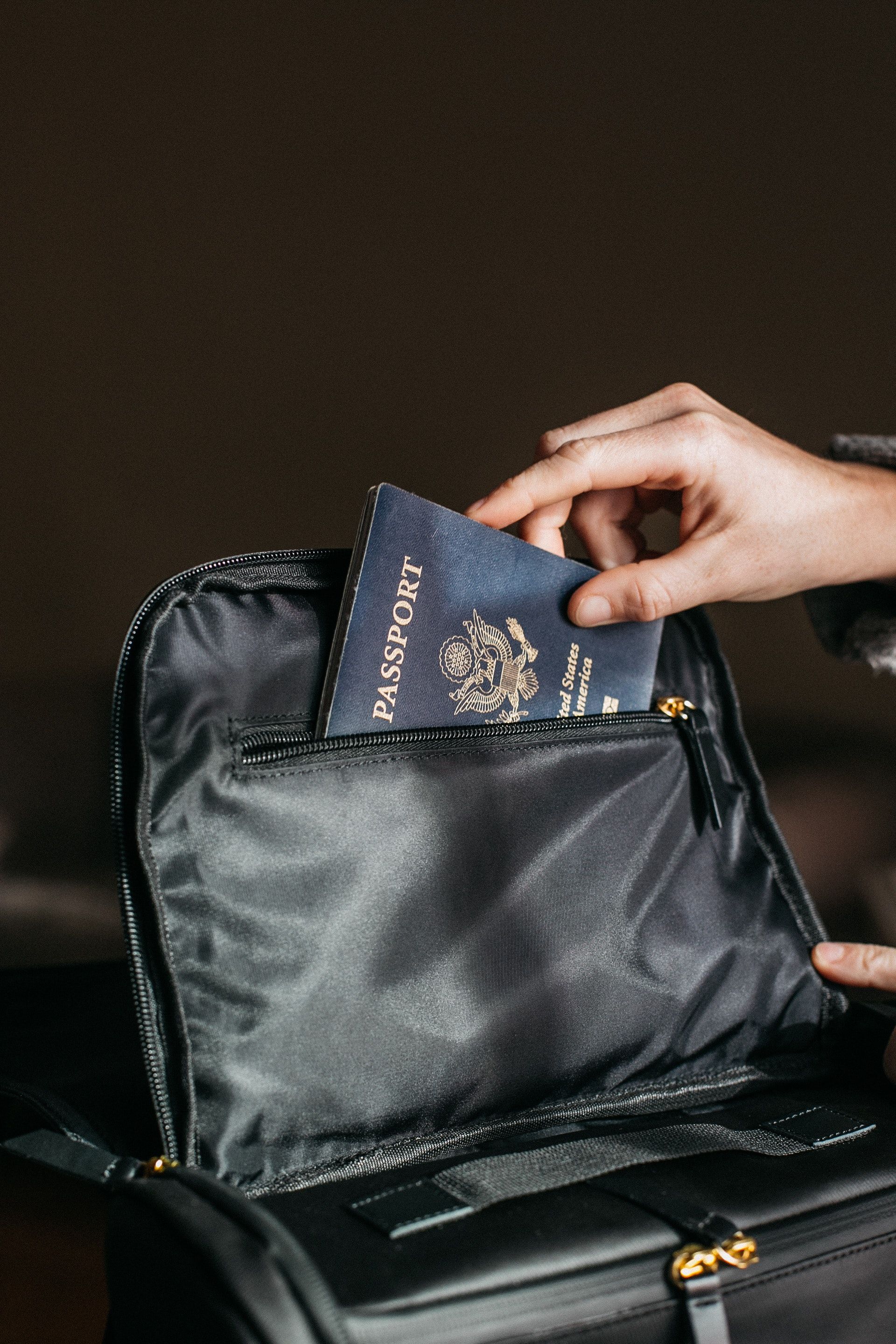 Tourists from these 49 states can now obtain their own visas online, on arrival, from embassies and consulates. Travelers can now obtain one-year or multiple-entry visas that allow them to enter the country for up to 90 days. Each visa costs 440 Riyal. 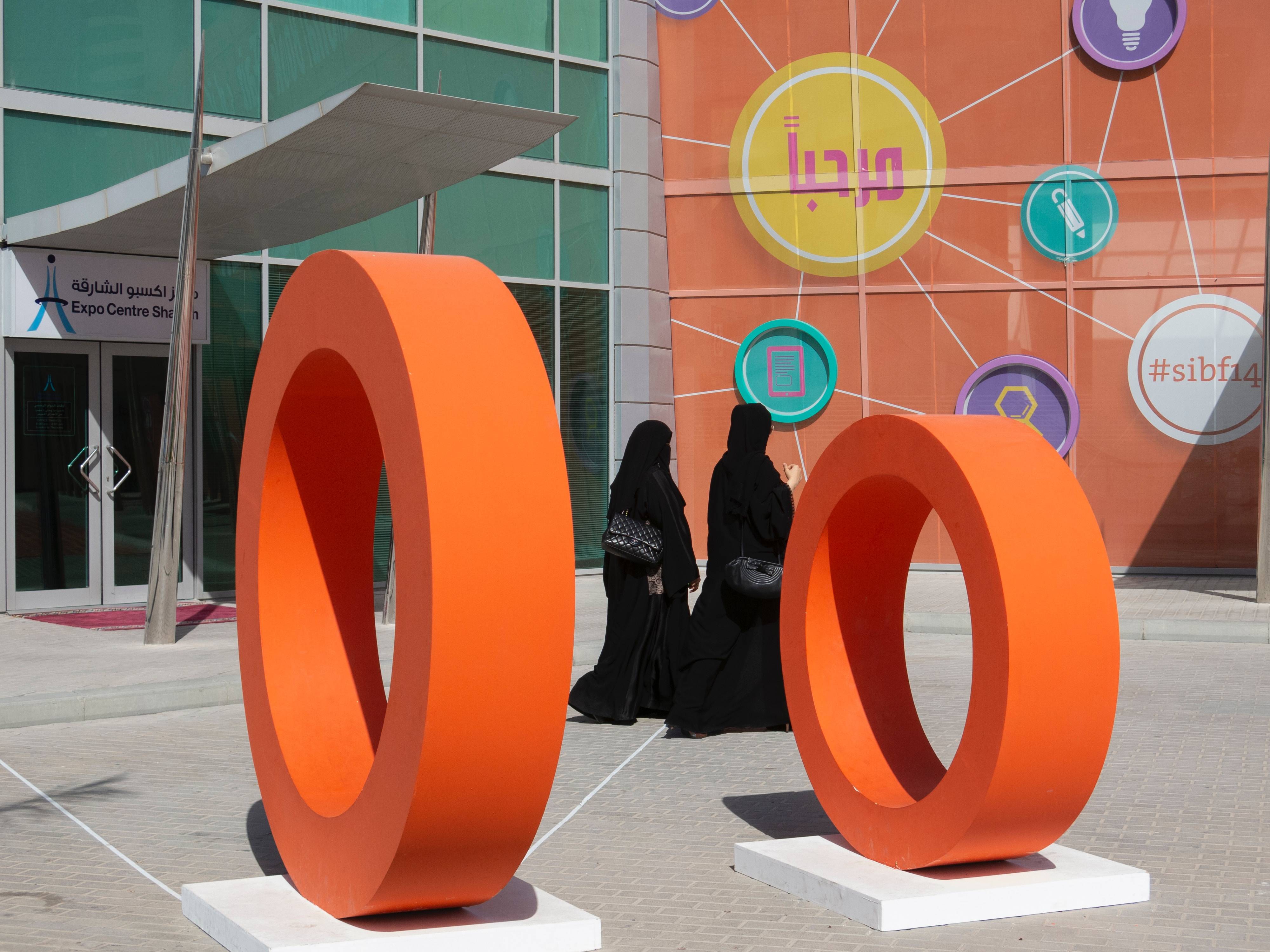 Following the launch, Saudi Arabia has also announced that the country will issue fines for 19 offenses related to public decency within the kingdom. These violations include “littering, spitting, queue jumping, taking photographs and videos of people without permission, and playing music at prayer times.” Female tourists will also have to be modestly dressed according to the law. Women can now wear colorful abayas that are loose-fitting. 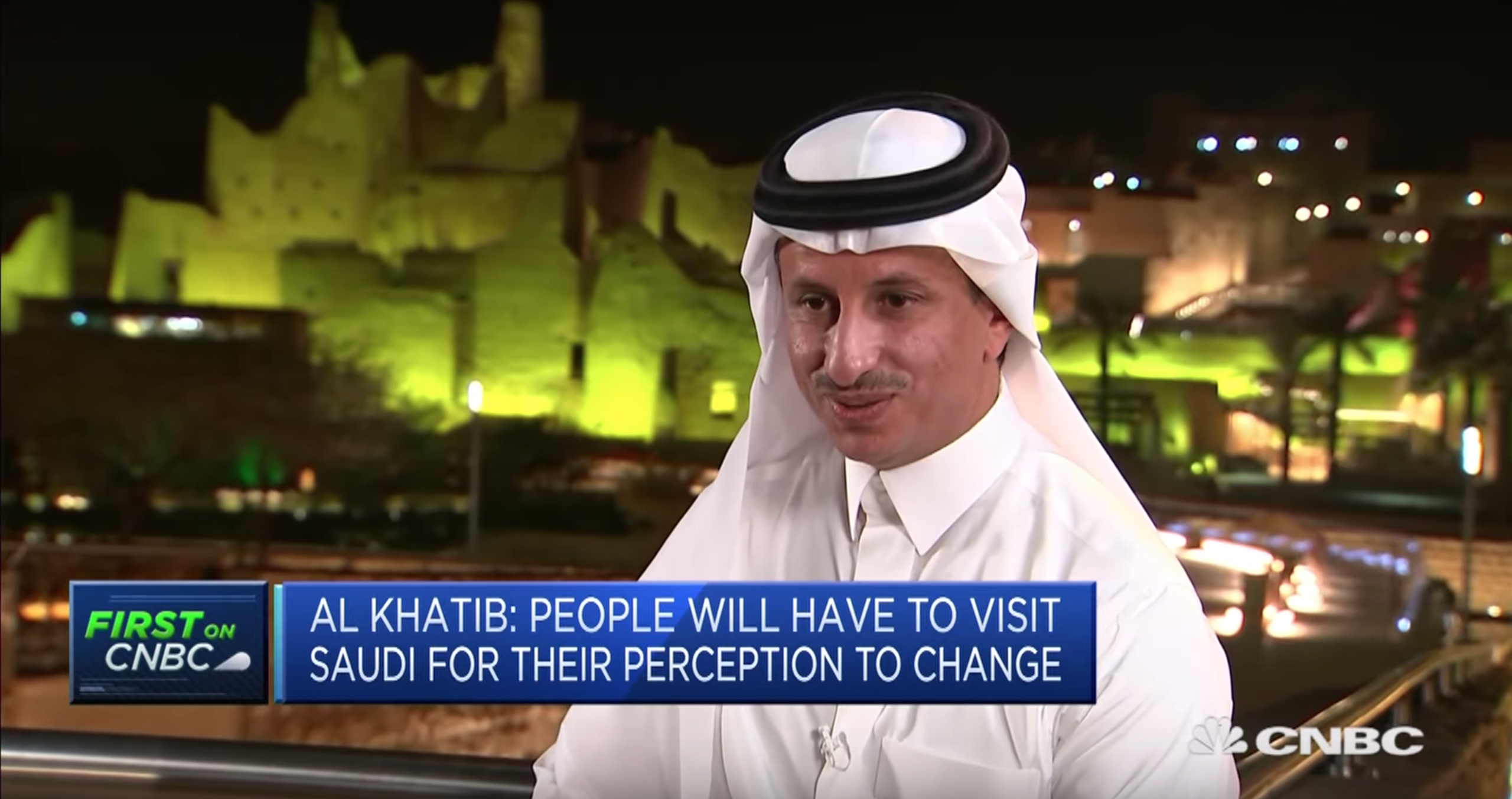 Image Credit: CNBC interview with Chairman of the Saudi Commission for Tourism and Heritage, Ahmad Al-Khateeb, on YouTube 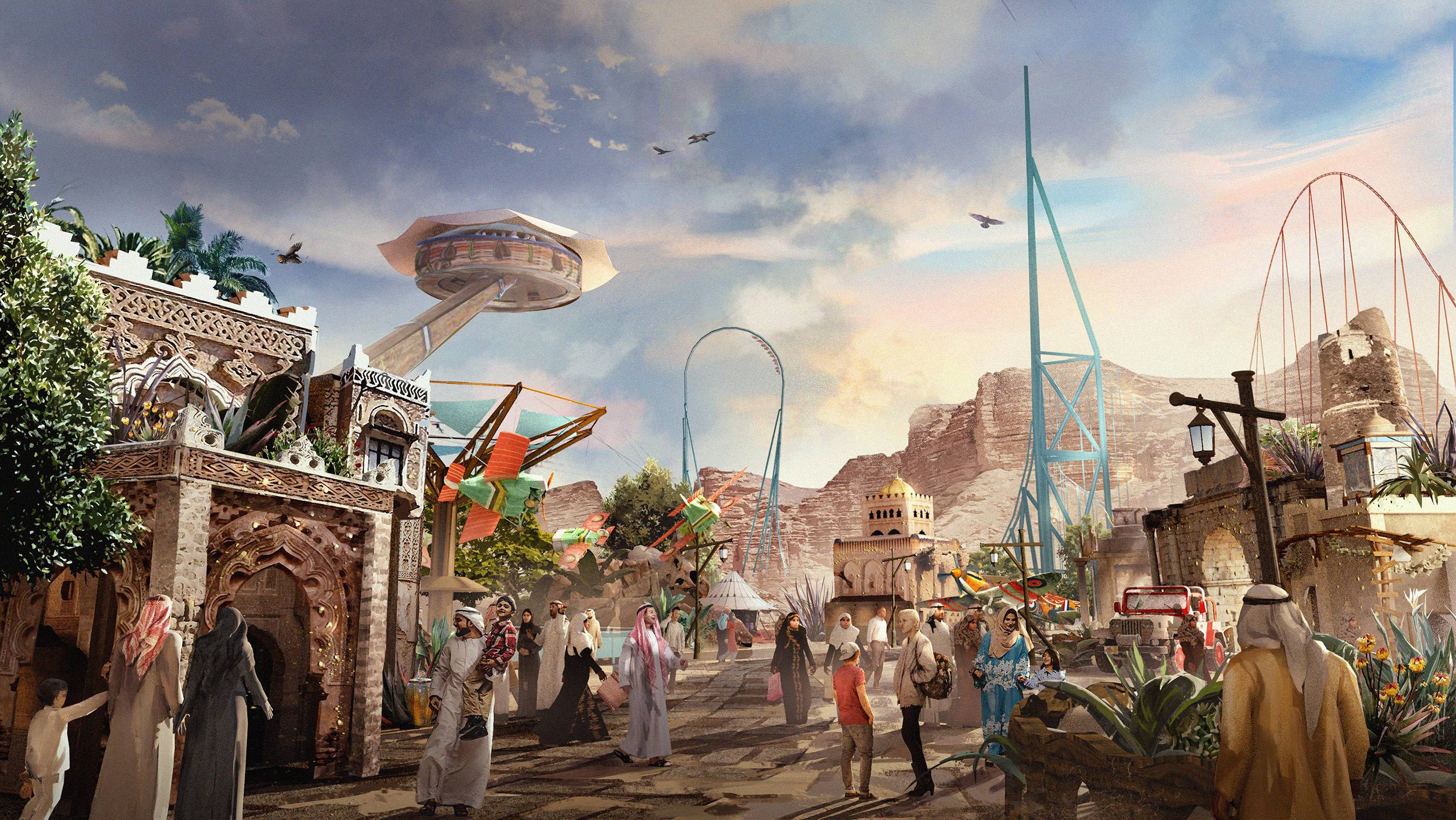 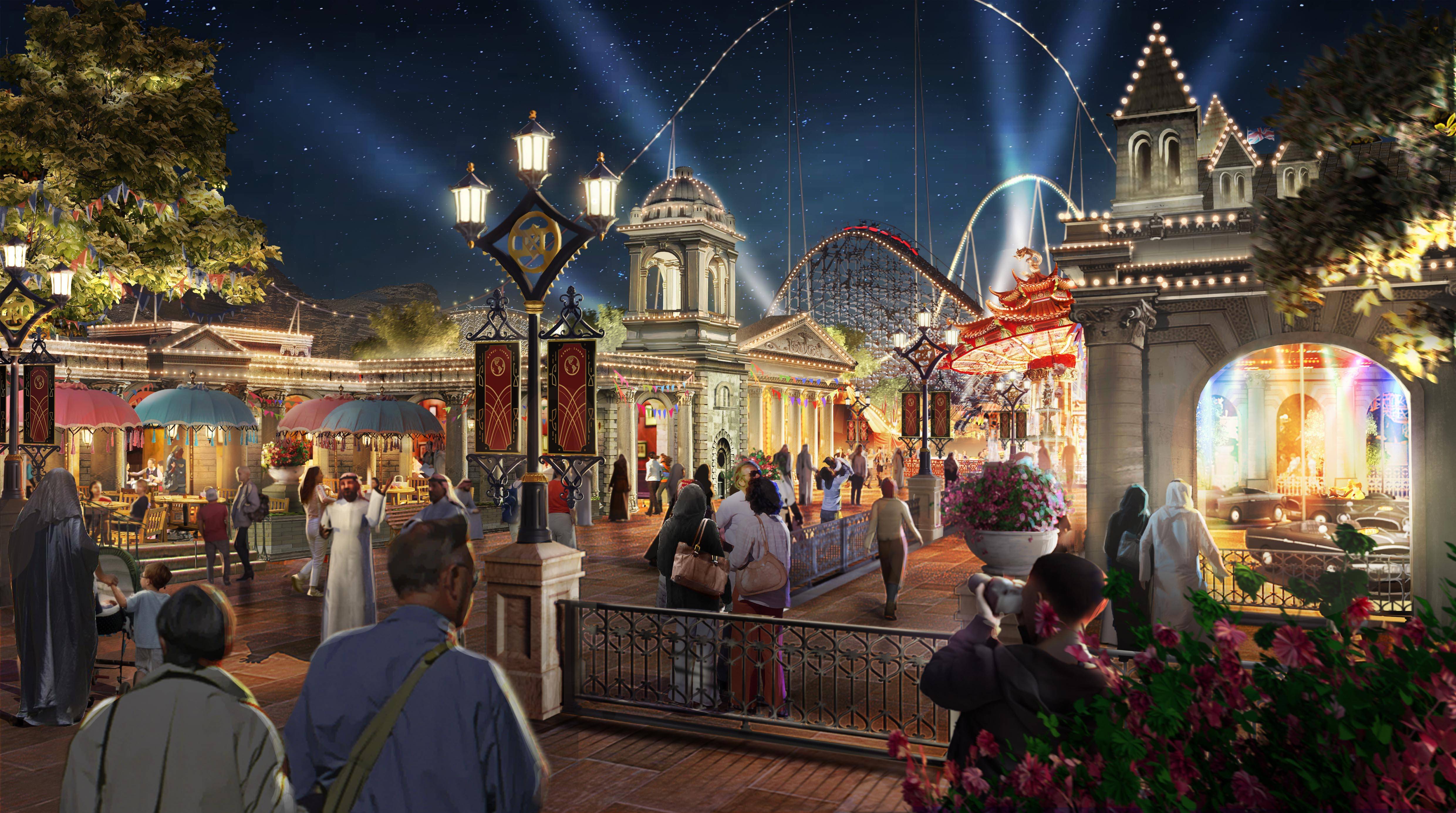 With the launch of visas, Saudi Arabia is starting plans on expanding the tourism industry in the kingdom. This includes the partnership with Qiddiya and the Six Flags Entertainment Corporation, one of the biggest regional theme park company in the world, to venture on the first and largest theme park in Saudi Arabia, located just outside Riyadh. The theme park was said to be completed by the beginning of 2023. With partnership plans with industry leaders from the hospitality and entertainment sectors, Al Qiddiya is envisioned to be “the biggest entertainment city around the world.”

Check out how the theme park's iconic roller coaster ride, Falcon's Flight, will look like in 2023.

Saudi Tourism Chairperson Ahmad Al-Khateeb also said that the kingdom aims to increase the percentage of gross domestic product from 3 percent to 10 percent by 2030.

Mastercard-CrescentRating Halal Travel Frontier 2019 Report leased in January already predicted that the “The Umrah and Hajj segment has been ripe for disruption for some time. 2019 will see an accelerated momentum in this direction. The disruption will happen in a number of fronts enabled by technology; disruption of the traditional Umrah operators role, training of pilgrims to perform the rites and helping in the performance of the rites itself.” 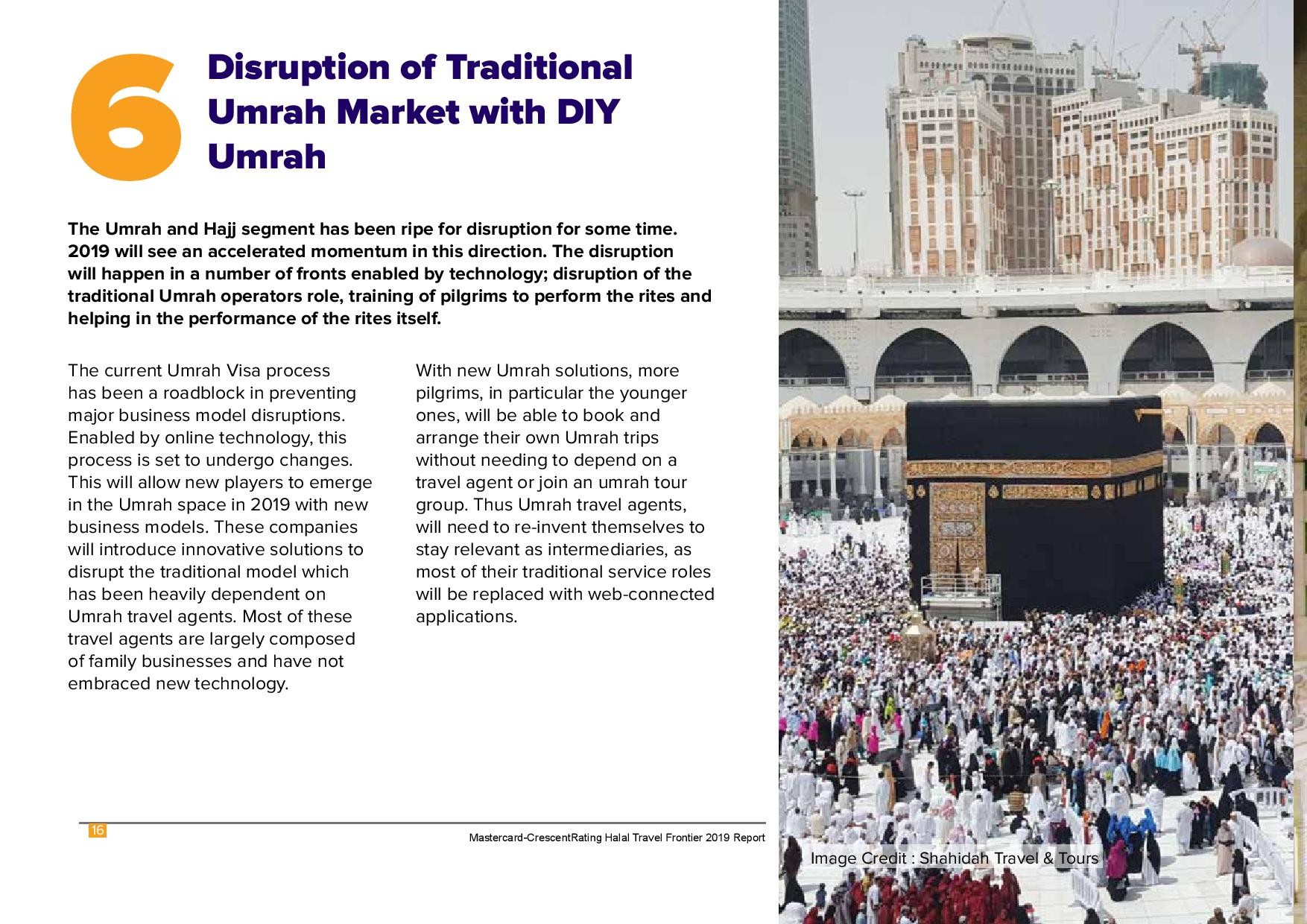 It is envisioned that Artificial Intelligence and technology will eventually disrupt the traditional Hajj and Umrah market. Today, there are already multiple tools ranging from online guides to interactive Virtual Reality (VR) that instantly replicate what it’s like to perform Hajj or Umrah. DIY (Do It Yourself) Hajj and Umrah are now getting normalized with the added value to customize your Hajj or Umrah journey. With flight and hotel bookings made readily available for travelers and the advancement of technology, traditional Hajj and Umrah tour operators will soon lose their significance among tech-savvy Muslim travelers.