Suz and Catorze is now part of the list of CrescentRated hotels and serviced apartments in Taiwan, another feat for the island-country that was ranked 3rd by CrescrentRating in 2019 among the best Muslim-friendly destinations in the world.

Based on reviews and ratings from Muslim travelers, Suz and Catorze, a luxury 87-room hotel in No. 51, Section 1, Huanhe South Road, Wanhua District, Taipei City, was awarded a CrescentRating of 5.

The CrescentRating system rates the overall Halal-friendliness of hotels on a scale of one to seven - with one being the lowest rating and seven being the highest.

It is situated at the heart of Taipei, specifically the more tranquil part of Ximending, the city’s popular shopping district.

Their state-of-the-art guest rooms offer spectacular views of the nearby Tamsui River. 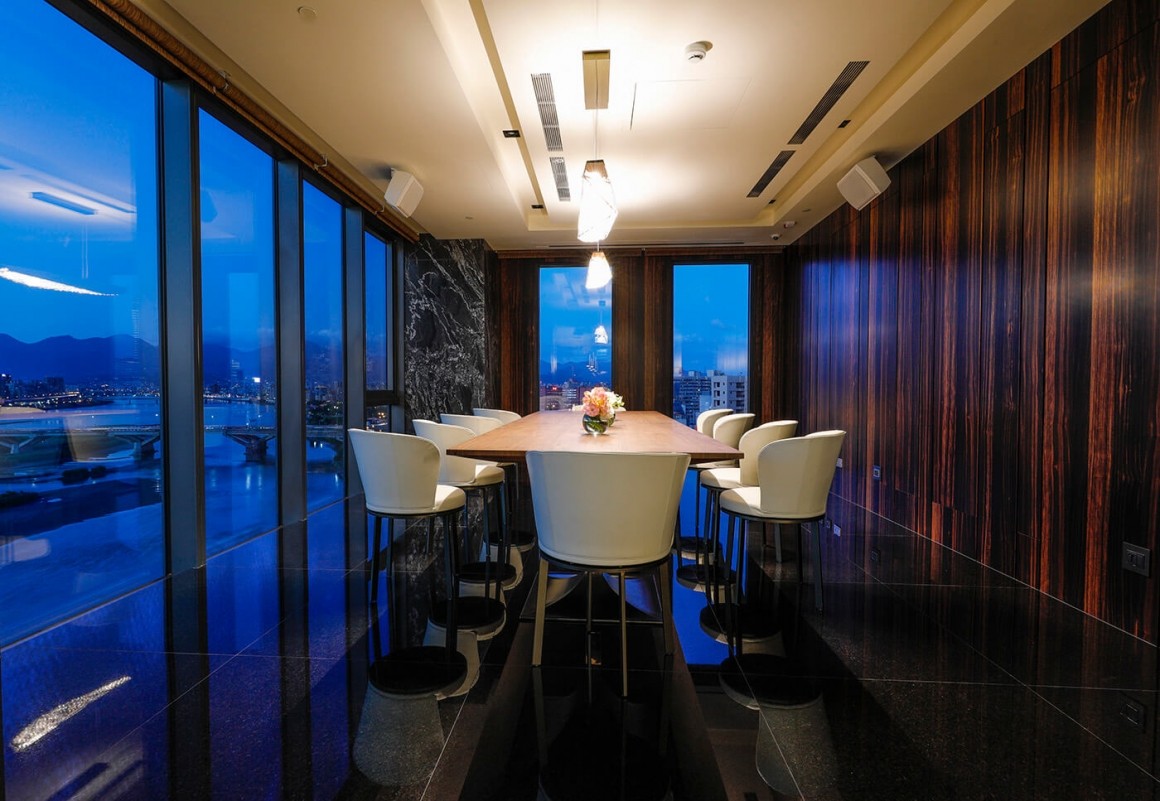 Guests recommended the property for its opulent atmosphere, cleanliness, convenient location as well as services catered specifically for Muslim visitors.

These include; a Halal-certified kitchen, staff trained for Muslim guests, and rooms marked with prayer direction guides.

Muslim travelers checking in at Suz and Catorze can avail themselves of prayer mats, a prayer timetable, and Halal breakfasts delivered to their rooms.

The hotel also has Halal dining services and menu options in their restaurants that are Halal-assured by its management.

Staff can also give Muslim guests a list of nearby mosques in Taipei.

Additionally, this four-star hotel is not part of a gambling-resort complex and does not serve liquor. Their TVs also do not have adult channels.

Muslim visitors will also not have a hard time finding nearby Muslim-friendly excursions and Halal-certified restaurants when staying in Suz and Catorze.

Halal restaurants can be found within walking distance from the hotel, and in the next five kilometers.

One of them is the Amba Taipei Ximending - China Restaurant at No. 77, Section 2, Wuchang Street, a five-minute walk from the hotel.

Taipei City’s mosques may be quite distant from the hotel but its Mass Rapid Transit (MRT), also known as Taipei Metro, can provide a faster and cheaper way for Muslim visitors to visit them.

The Taipei Grand Mosque in Xinsheng S. Rd, Daan District is an eight-minute train ride from Ximen Station, the nearest station around Suz and Catorze hotel which is about a 10-minute walk.

Another mosque, the Taipei Cultural Mosque in Xinhai Road, Zhongzheng District, can also be accessed through Ximen Station and is roughly a 15-minute commute.

More About Suz and Catorze

All rooms in Suz and Catorze can accommodate at least two guests.

Standard accommodations are called Tranquil Studio and Townscape Studio which have apartment and city views respectively.

Meanwhile, guests who want to enjoy the views of Tamsui River and Taipei’s bustling streets from their own spaces can avail themselves of the hotel’s bigger albeit more expensive rooms.

The River Studio is the cheapest among all river-front rooms, at NTD16,000 per night (US$ 577) while the River Corner Suite boasts a separate bedroom and living room, complete with a Swarovski crystal chandelier. 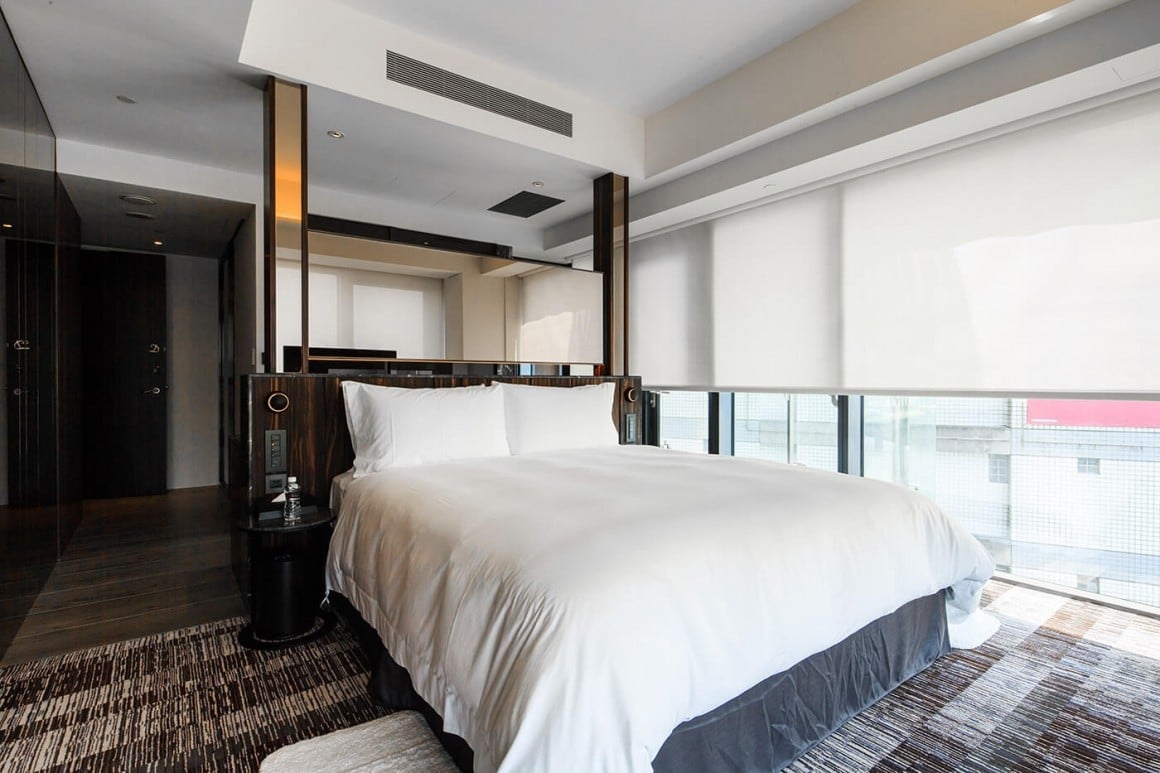 Priced at NTD30,000 (US$ 1,082), Muslim travelers checking in at the River Corner Suite of Suz and Catorze can indulge themselves in a 270° panoramic view of Tamsui River through the suite’s floor-to-ceiling windows. 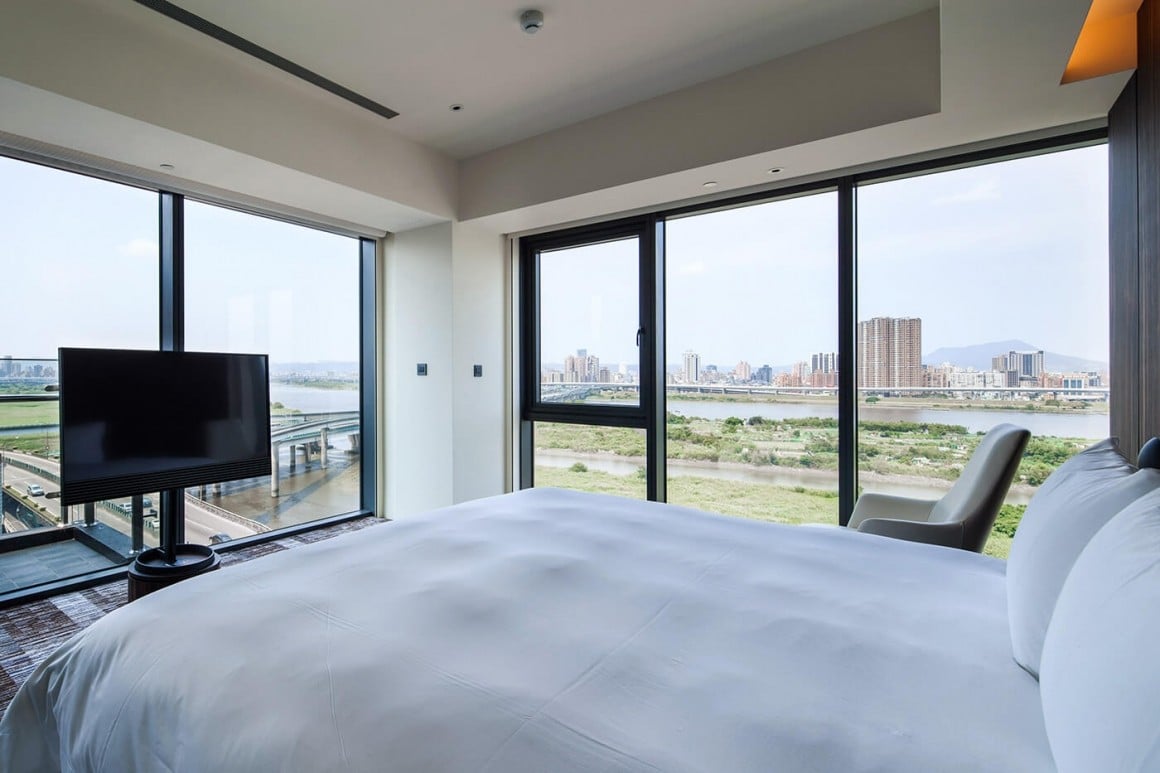 For an undisturbed view of the city’s scenic river, guests can always whisk themselves to the top-most floor and dine at the Catorze Restaurant where they serve a semi-buffet breakfast and French cuisine in the evening. 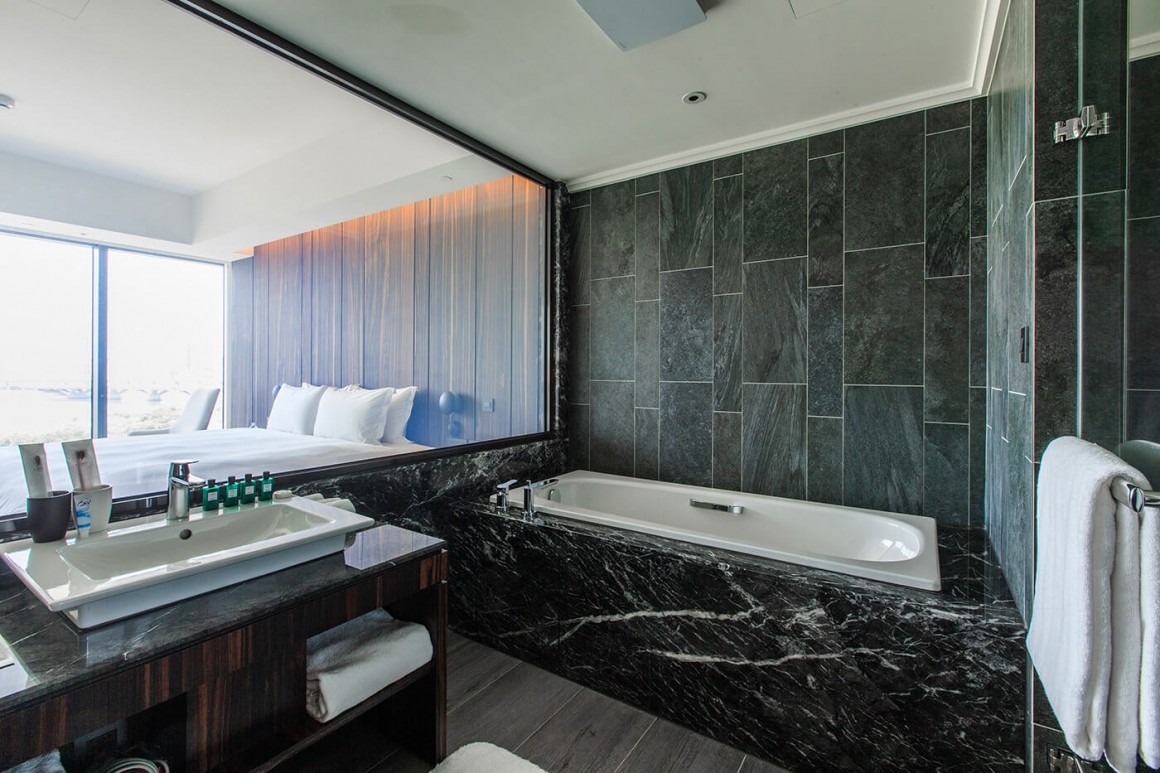 In addition, guests can expect nothing less while staying in this luxury hotel.

Each room is equipped with amenities including curved and wide-screen Samsung TV or 48” Bang and Olufsen-powered TVs, automated toilets from Villeroy & Boch, Japanese washlets, Keramag bathrooms with separate bathtubs, and designer-label toiletries such as Hermes and Salvatore Ferragamo.

If these are not enough, furniture and lightings around the hotel are adorned with leather and Swarovski crystals, complimenting the granite and marble walls defining the hotel’s edifice.

Other facilities and services found in the hotel included a currency exchange outlet, 24-hour airport transfer, parking lot, a gym, and an artisanal cafe called Cafe Deesse for guests who want to spend their afternoons over homegrown coffees, Taiwan's finest teas, and pastries.

The hotel also has meeting or banquet halls ready for business travelers. 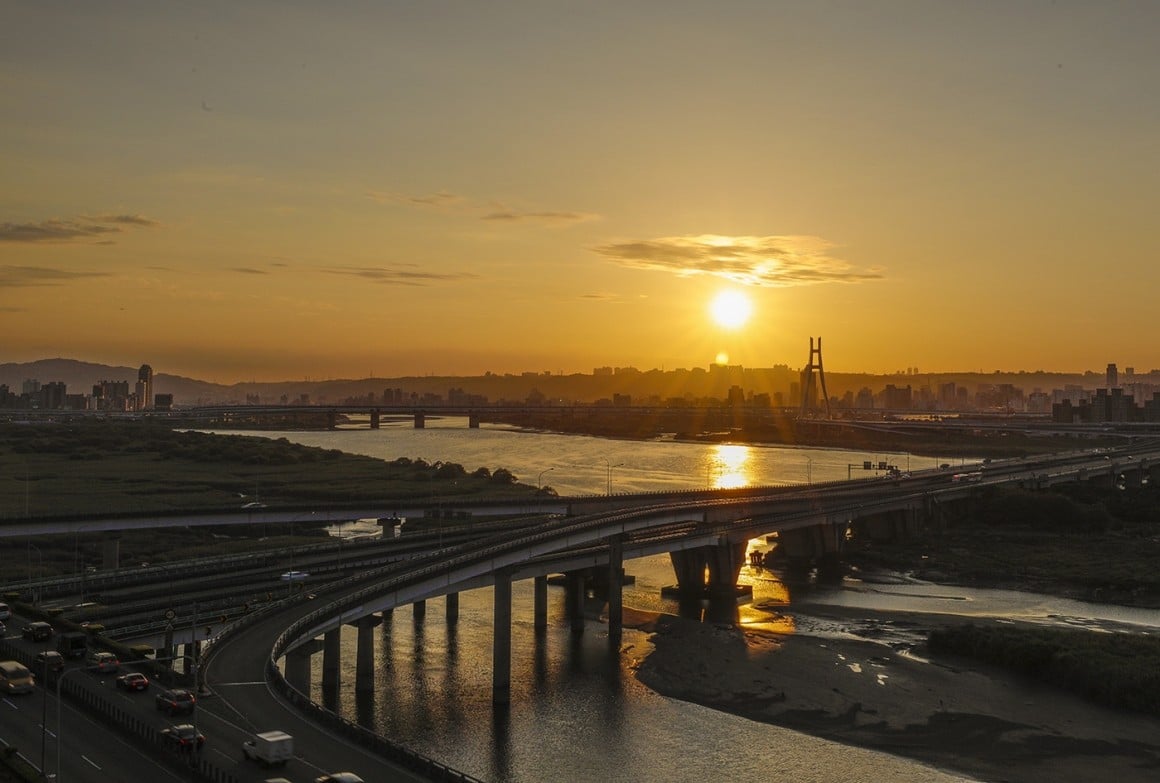 MasterCard-CrescentRating’s 2019 Global Muslim Travel Index ranked Taiwan 3rd in the list of Muslim-friendly countries that are not part of the Organization of Islamic Cooperation (OIC).

Hotels offering services catered to Muslim guests such as Suz and Catorze in Taipei City are just the tip of the iceberg.

In Taiwan, malls and transportation hubs in all of its cities and regions can service Muslim guests.

The country’s official tourism portal even has a dedicated search engine containing the complete list of Muslim-friendly establishments, both public and privately owned.

This is handy for Muslim tourists who want to check out the nearest Halal restaurants in their area, and whether or not the destination they are visiting has a prayer room.

In Taipei City alone, where Suz and Catorze is located, popular tourist sites such as Taipei 101, National Chiang Kai-shek Memorial Hall, and the Bopilao Historical Block have prayer rooms ready for visiting Muslims.

Facilities for Ritual Ablution can also be found in other notable places in Taipei such as the Discovery Center, and the National Palace Museum that has one of the world’s largest collections of ancient Chinese artifacts.

To explore these places, travelers can head to Taipei Main Station, the city’s primary transportation hub, which also has water-friendly washrooms and prayer rooms.