The 10 Forgotten Muslim Inventors Who Help You Travel in Comfort 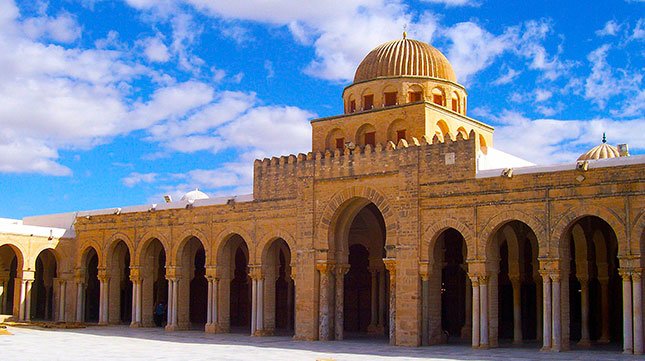 Have you ever wondered the daily things that we use in all sphere's of life and even during travelling was invented by our Muslims ancestors. Brought to you are the 10 things invented by Muslims which we celebrate everyday again and again.

1. Coffee: Ever wondered how our day would start if not for Khalid, the 14th century shepherd in Ethiopia who noticed that his herd of sheep became active after having coffee beans. Curious that he was, he boiled the coffee beans and alas the first cup of coffee came into being. From there it spread to Yemen, Makkah and Turkey, during the end of the 15th century. From Turkey it reached Venice in 1645. Then it reached Europe in the 1650's. The modern world would forever be indebted to the curious Muslim shepherd.

2. Camera: The first pinhole camera was discovered by the famous 10th century astronomer, mathematician, Ibn al Haitham after noticing that the light enters a hole through a window. Thus invented the first camera adapted from the Arabic word qamara meaning dark private room. Now we take it for granted and it is even on our phones. What would travel be without the Camera!

3. Cosmetics: Around the year 1000 the most celebrated doctor Al Zawhari known as Abulcassis in the west wrote 30 volumes of medical encyclopaedia. The 19th volume is dedicated to cosmetics. Hand lotions, hair care, hair dye, deodorants, epilator lotions are all included. The book called Al Tasrif was used in many Latin universities later.

4. Flying Device: A thousand years before the Wright brothers, Abbas Ibn Firnas in the 9th century, constructed the first flying machine 100 years before Da Vinci drew plans of his own. His famous jump from the Cordoba in Spain for testing his invention was an epic moment as it made him glide over air for some while before falling to the ground with minor injury.

5. The Sherbet: The Sharab which is a soft drink of crushed fruits, flowers and herbs were first made by Muslims. This Sharab could be stored for weeks altogether without spoiling. Sharab is the root word for the Italian Sorbetto and the French Sorbet. Later popularly known in English as Sherbet.

7. The 3 course Meal & Glass: Ali Ibn Nafi aka Ziryab Blackbird a 9th century inventor from Iraq who came to Cordoba Spain brought along the concept of 3 meal course. First the taking of soup followed by some fish or meat and then fruit and nuts for dessert. This intake of meal even has proven benefits. This trend caught on and spread throughout Europe. He is also the Inventor of glass.

8. The Cheque: The word cheque was derived from the arabic word "sakk", which meant a promissory. The first recorded transaction of cheque was of merchants from Baghdad in the 9th century who used cheques for their business transactions as it was risky to carry money. It was such a vast network that they could cash the cheque in china from their bank in Baghdad.

9. The Pen: In 953 the fountain pen was invented after a sultan of Egypt complaint and asked for a pen which would not stain his hands and clothes. The same technology is still used today in modern pens.

10. Perfume: Al Kindi a 9th century Iraq Muslim who wrote a book named ‘Book of the Chemistry of Perfume and Distillations’ is considered the founder of perfumery. This book included more than 100 recipes of perfumes and the process of extracting the fragrance from various herbs and plants. It also mentioned the substitutes for costly herbs. Waht would we do without those in our travel!