The 6 Sacred Muslim Monuments of Turkey

There's no shortage of Islamic monuments all over Turkey. Muslim sacred places make up some of the heart and soul of the attractions in Turkey. From some of the most fascinating mosques in history to tombs and nowadays-converted museums, Turkey is definitely worth a visit if you're into exploring Islamic sacred places from all over the world.

The Ottoman Empire built one of the most important monuments in its days of glory that still stand as a testament to the sophistication of Islamic culture.

Let's explore 6 of the most glorious Sacred Muslim places in Turkey! 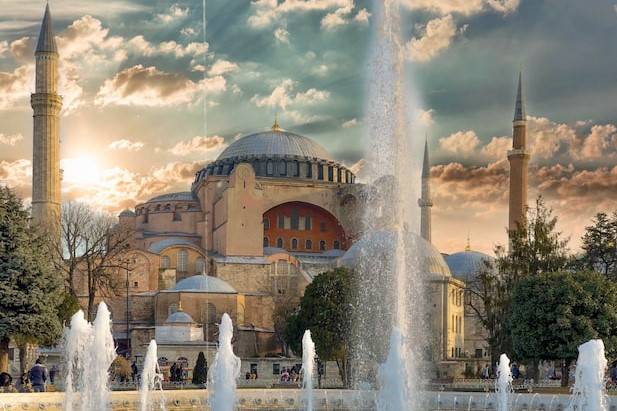 Hagia Sophia is one of the most iconic buildings in Turkey. Built as a Byzantian cathedral in the 6th century, Hagia Sophia was the biggest building of its era.

Hagia Sophia was turned into a Muslim mosque after the forces of Sultan Mehmed II seized Constantinople in the 15th century.

Hagia Sophia, Greek for "Divine Wisdom," stands nowadays as a museum that displays the rich history of Istanbul. The blend of the mesmerizing Byzantyan architecture and the latter Islamic influences makes Hagia Sophia such a valuable landmark that keeps fascinating scholars and architects to this day. 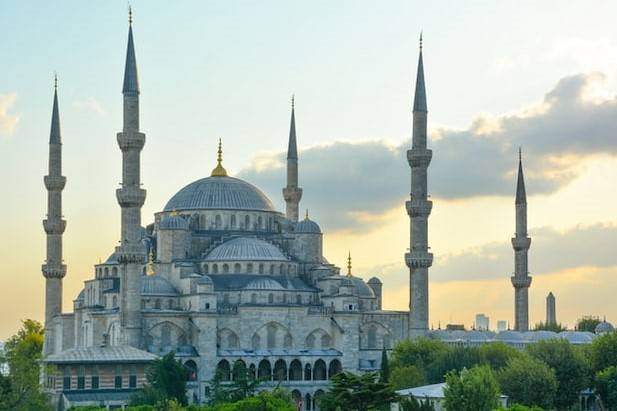 The Blue Mosque was built in the 17th century by Sultan Ahmed I as a monument of Ottoman power after a loss against the Persians. Intended to be one of the most fantastic buildings by its sheer size, the Blue Mosque stands as one of the most distinguishing features of Istanbul in any aerial view.

Still functioning as a mosque, a tomb for Sultan Ahmed I, and a madrassa, the Blue Mosque is still one of the busiest Mulsim sacred places in Turkey.

The whole Complex of the Blue Mosque has a unique architectural quality that captures the eyes. The six minarets surrounding the domes give the building a glorious impression that shows the genius of Turkish Mulsim architects and artisans.

3. The Tomb of Yuşa, Istanbul

Located on a beautiful hill on the Anatolian shore of Bosporus in the Beykoz district of Istanbul, the Tomb of Yuşa is dedicated to the assistant of the Prophet Moses: Joshua/Yusya.

The hill contains a giant tomb and a beautiful shrine among all the trees and lush vegetation. The Tomb Yuşa is one of the places that many Turkish Muslims like to attend for pilgrimage.

Mevlana Museum is the mausoleum of Jalal ad-Din Muhammad Rumi, one of the most quoted Islamic mystics in the world.

The building stood up in the old days as the headquarters of the Mevlevi Order of Sufis, to which Rumi belonged. Nowadays, Mevelvi stands as one of the most important museums for those who developed a fancy for the writings of Rumi and other Islamic mystics.

The curious blue dome of the museum stands as the most iconic piece of architecture in Konya, Turkey. 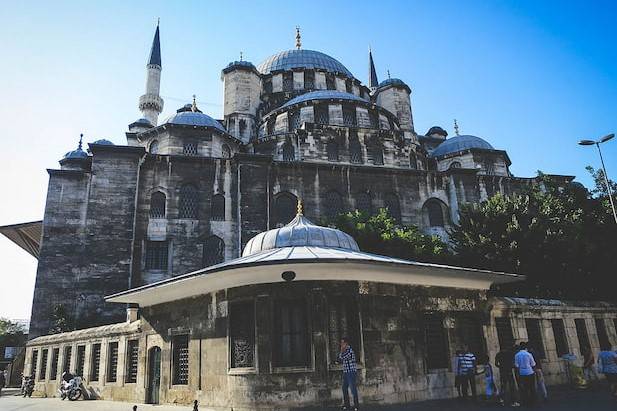 The Rüstem Pasha Mosque in Istanbul is an Ottoman landmark from the 16th century. The mosque was built as a dedication to the Sultan's Grand Vizer at the time, Rüstem Pasha.

Rüstem Pasha used to be the Grand Vizer for Suleiman the Magnificent, a position of great power and influence in the empire.

Although it was built for Rüstem Pasha, he didn't live long enough to see the mosque complete. 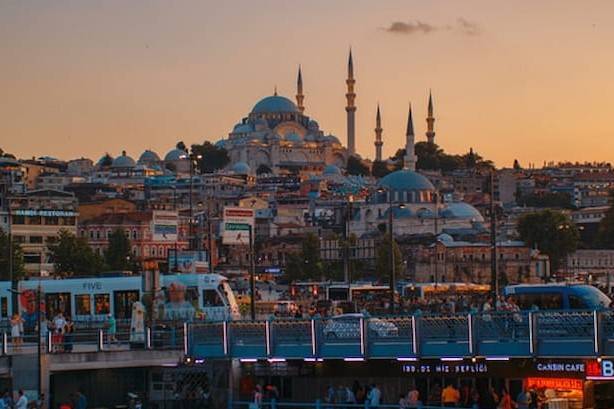 The whole complex features classic 16th-century Ottoman architecture, with a dome and one minaret at each of the four corners.

There you have it! These are some of the most iconic Muslim sacred places in Turkey that you should definitely visit on your next trip.