The Best Beach Destinations For Your Next Holiday 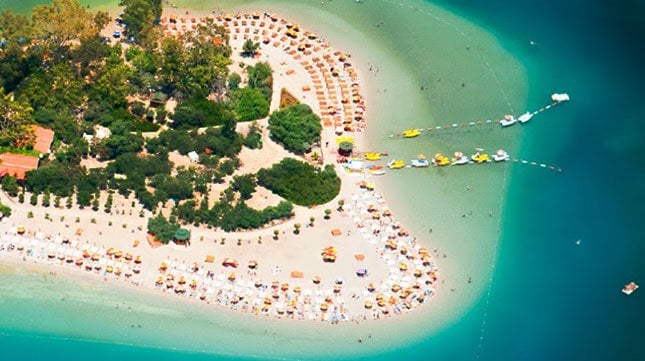 A beach vacation is the perfect way to enjoy a bit of blissful relaxation under the sunny skies and warm sunshine. It offers the perfect getaway for families and can provide heaps of enjoyment and create cherished moments with your loved ones. To assist travel planning, a few beaches for your next holiday have been suggested below. When talking about Halal-friendly beaches, Turkey is perhaps the first destination that comes to mind. Known for being a destination that caters towards the specific needs of Muslim travellers, Turkey offers stunning beaches coupled with a wealth of facilities for Muslim travellers. "Sun, Sea and Halal!" is a popular phrase that reflects the essence of a beach holiday in the country. Some of the best beaches in Turkey include the Oludeniz (Blue) Lagoon located on the Turquoise coast of southwest Turkey and the Iztuzu Beach on Turkey’s southwest coast. Indonesia’s beaches – which are considered to be some of the best beaches in the world – are also ideal for a relaxing vacation with the family. With over 17,000 tropical islands scattered across two different oceans, it is rather difficult to select a few beaches from the several on offer. Some of the best beaches in Indonesia include the Pulau Derawan Beach, Canggu Beach in Bali and the Nihiwatu Beach in Sumba. Thailand is home to several of the top-ranked beaches in the world and is one of the world’s most popular tourist destinations. Due to the sizable Muslim population in most areas of the country, it shouldn’t be too difficult to find access to Halal restaurants and prayer facilities. Phra Nang Beach in Railay, Sunrise Beach in Koh Lipe and Maya Bay in Ko Phi Phi are considered to be amongst the best beaches in Thailand. Nor far from Thailand, Malaysia is also home to a fair share of beautiful beaches. With Malaysia being the number one destination for Muslim travellers, travellers will never face difficulty finding access to facilities. Some of the best beaches in Malaysia are considered to be Tanjung Rhu in Langkawi, Juara Beach at Tioman Island and Pulau Pangkor. Maldives is a beautiful palm-fringed paradise home to some of the most magnificent beaches in the world. Famed for its white-sand shores and glittery turquoise waters, the beaches in Maldives will offer a tropical haven to beach lovers. Some of the most popular beaches in the Maldives include the beaches at The Rethi Rah, Nalaguraidhoo Island, Veligandu Island, Kunfunadhoo Island and Ihuru Island. Moving away from Asia, another popular destination amongst Muslim travellers is Egypt. In addition to Dahab and Hurghada on the Red Sea - which are extremely popular amongst tourists - travellers could head further south to the Marsa Alam beaches which offer the perfect tranquil atmosphere as well as an abundance of exotic marine life to delight travellers. Morocco is yet another excellent beach destination for Muslim travellers. Though most of the beaches in Morocco tend to get overcrowded, beaches such as the Paradise Beach located south of Asilah are ideal for travellers who desire blissful quietude. Those who do not mind larger crowds could visit Saidia Blue Pearl Beach at Bekane, which is a popular tourist resort in the country. Muslim travellers are sure to enjoy some of the beaches at the United Arab Emirates, with Dubai in particular being home to a few splendid beaches and some hidden treasures. Though most of the beaches belong to hotels, several public beaches are also available, such as the Mamzer Beach Park, Jumeirah Beach Park, Russian Beach, Kite Beach and Burj Beach. The relaxing and family-friendly atmosphere of the beaches is ideal for a family beach holiday. Home to over 1,700 kilometres of coastline, Oman offers some of the most beautiful and secluded beaches in the Arabian Peninsula. Khalouf Beach, Mughsayl Beach, Bandar Jissah, Tiwi and Ras al Hadd are considered to be some of Oman's best beaches and offer a truly blissful ambience. Last but not least are the dazzling beaches of Australia's Gold Coast. Being one of the most prominent attractions in the country, Gold Coast has also been ranked as one of the best destinations in the world for Halal-conscious travellers. Gold Coast has it all - a wealth of prayer rooms and Halal restaurants, as well as stunning beaches and other attractions to satisfy any type of traveller. In addition to the beach destinations suggested above, there are numerous other beaches around the world that Muslim travellers are sure to love. The choices are endless for beach lovers.