The Difference Between the Eids

Ever wondered why there are two different Eids on the calendar? Well, here’s a brief overview of what Eid is all about. With many names each depending on where you’re from, Eid refers to the same two events that are significant on the Islamic calendar. One common misconception around the Eids is that they have sometimes been confused as being the “Muslim New Year”, but both Eid al-Adha and Eid al-Fitr are two different things and neither is related to a New Year.

Why are the Eids always on Different dates every year?

What is Eid al-Adha? 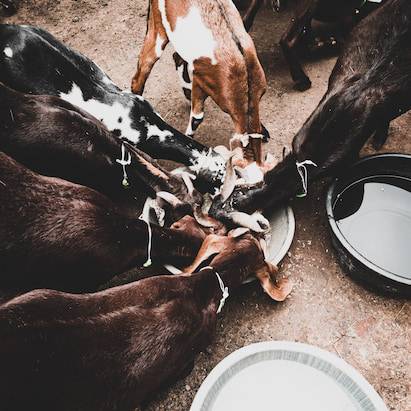 Let’s start with Eid al-Adha since it is just around the corner. Eid al-Adha, sometimes known as “The Feast of Sacrifice” is celebrated at the end of the Hajj Pilgrimage, that’s where it gets its name “Hari Raya Haji'' in Southeast Asia. Celebrated in the month of Dhul-Hijjah in the Islamic calendar, Eid al-Adha is a celebration to commemorate Prophet Ibrahim’s (AS) total dedication to Allah (SWT) and the end of the Hajj pilgrimage, which is also very much tied to the tale of Prophet Ibrahim (AS).

How is it celebrated?

Keeping in the spirit of commemorating Prophet Ibrahim’s (AS) test, it is common for Muslims to perform Qurbani during Eid al-Adha. Qurbani is the act of sacrificing domestic animals such as sheep, cows, and camels to be distributed amongst family, friends, and the less fortunate, each getting a third of the share. For those who didn't offer Qurbani, it is recommended for Muslims to offer donations to charity during this period instead.

The day starts with the special Eid Prayers and Takbir followed by a khutbah after which the act of Qurbani will be performed. After distributing the meat to the different recipients, the rest of the day is dedicated to spending time with the family and friends over food cooked with the meat from the Qurbani.

What is Eid al-Fitr? 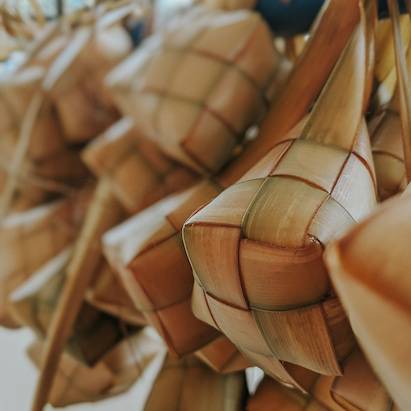 Eid al-Fitr, also known as Hari Raya Puasa or Aidilfitri in Southeast Asia, is the celebration of the completion of fasts in the holy month of Ramadan. During the whole month of Ramadan, it is required for all able-bodied Muslims to fast from sunrise to sunset, abstaining from consuming any form of food or drinks during this time. The month of Ramadan is also the time when Muslims pay Zakat, a form of alms-giving, another one of the five pillars in Islam.

How is it celebrated?

Celebrations for Eid al-Fitr technically start at sunset the day before the actual day itself, where people make last-minute preparations. Similar to Eid al-Adha, Eid al-Fitr starts with the special Eid Prayers, Takbir, and Khutbah. Eid al-Fitr is also an opportune time for Muslims to visit and gather with their family and friends, exchanging gifts with one another.

The reasons and meaning behind both the Eids are the main difference between the two Eids. In a nutshell, one commemorates Prophet Ibrahim’s (AS) dedication to Allah (SWT) while the other Eid is a celebration to commemorate the end of the month-long fasting.

It may seem that the proceedings for both Eid al-Adha and Eid al-Fitr are almost the same, there is a contrast. Eid al-Adha, because of Qurbani, Meat is a very prominent factor in Eid al-Adha. On the other hand, Eid al-Fitr is sometimes known as the “Sweet Eid” due to the range of sweets and delicacies people serve during Eid al-Fitr.

As established before, the two Eids are in commemoration of different occasions and have different meanings to them, however, they do share some similarities.

The most obvious ones are that both are called “Eid”. The word Eid translates to celebration or festival in Arabic. Fun Fact: the greeting “Eid Mubarak”, which means “Blessed Eid”, is traditionally and widely accepted as the form of greeting amongst Muslims on both the Eids as well.

Second, both Eid al-Fitr and Eid al-Adha encourage the deed of charity or Zakat. Emphasizing the importance of charity and equality in Islam. Contributions in the form of Zakat will be distributed to those who are most in need. Possibly enabling them to join in the celebrations as well.

The Takbir is also present in the morning of both the Eids as well. Ask any Muslim and they will say that the beautiful sound of the Takbir is definitely one of the most prominent aspects of any Eid.

Donning the best attire, coming together with family and friends while also not forgetting the less fortunate is the reason why Muslims look forward to both the Eids so much. With different cultures from all over the world injecting their influences in the way the Eids are celebrated, the core reason why both Eid al-Adha and Eid al-Fitr are major events in the Islamic calendar will always remain the same.