The Glorious Sights and Sounds of Kenya 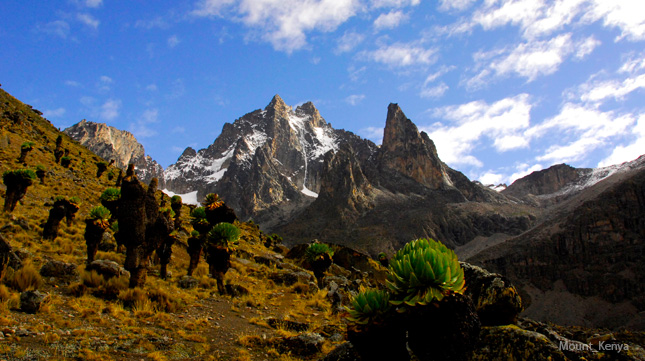 Kenya is one of the most exotic destinations in the world. A beautiful and fascinating country of open plains, tribal cultures and a wealth of national parks with rich wildlife, Kenya is the destination for those who are adventurous at heart and wish to feel the life and spirit of Africa. With so much to see and do, we have listed a few highlights of what the great Kenyan outdoors has to offer.

One of the best ways to experience Kenya's rich and diverse wildlife is with a visit to the Masai Mara National Reserve located in the country's Narok County. It is considered to be one of the most magnificent game reserves in the world and is the best place to see Africa's majestic animals on the move - including predators in action and the “Great Migration” of wildebeest and zebra that takes place every year from July to October. Masai Mara is one of the country's top attractions and is a must for every traveller sight-seeing in Kenya.

On the other hand, Kenya's eastern coastline will be an absolute haven for all beach lovers. The second largest city in Kenya and the country's main tourist destination, Mombasa is home to stunning white sand beaches fringed with shady palm trees and bright warm sunshine all year round. With off-shore reefs that are an excellent spot for snorkelling and scuba diving as well as historical sites such as the Gedi ruins that are located not too far, there's plenty to do for all types of travellers.

In addition to the Masai Mara National Reserve, the Amboseli National Park is another fantastic reserve to get closer and interact with Africa's wildlife. Covering vast areas of savannah grassland, Amboseli National Park is considered to be one of the best places in the continent to approach free-ranging elephants and several other species of Kenyan wildlife. Visitors to the park will also be able to interact with the resident Masaai people and get spectacular views of Mount Kilimanjaro in the distance.

Kenya's Great Rift Valley runs from the north to the south of the country and is considered to be one of the world's geological wonders with numerous volcanoes, lakes, game parks as well as plenty of accommodation options, making it perfect for an exciting Kenyan safari. It is also home to Lake Nakuru – one of the best places for bird watching and observing the area's huge populations of flamingos.

Other incredible places in Kenya include the Samburu, Buffalo Springs and Shaba National Reserves, Tsavo National Park, the island of Lamu and the Malindi beach resort. Kenya will be a haven for those adventurous at heart and will captivate travellers with its distinct soul and spirit!