The Northern lights are considered one of the most majestic wonders the sky can offer to us, humans. People from all over the world fly to the uppermost part of the Northern hemisphere in the spring and summer months to experience a symphony of lights that dance across the sky.

However, it is neglected that the Southern Lights can offer an equally pleasurable show of sparkling lights, shades, and colors. There is no competition between the Northern lights and Southern lights as they are both the effect of a scientific phenomenon only possible at the polar opposites of the earth. Although there are minute scientific differences which will later be explained, the aesthetic display and the astonishment these lights create are essentially the same. Yet, for some reason, the Southern Lights is the neglected twin that we will be showcasing through this article. 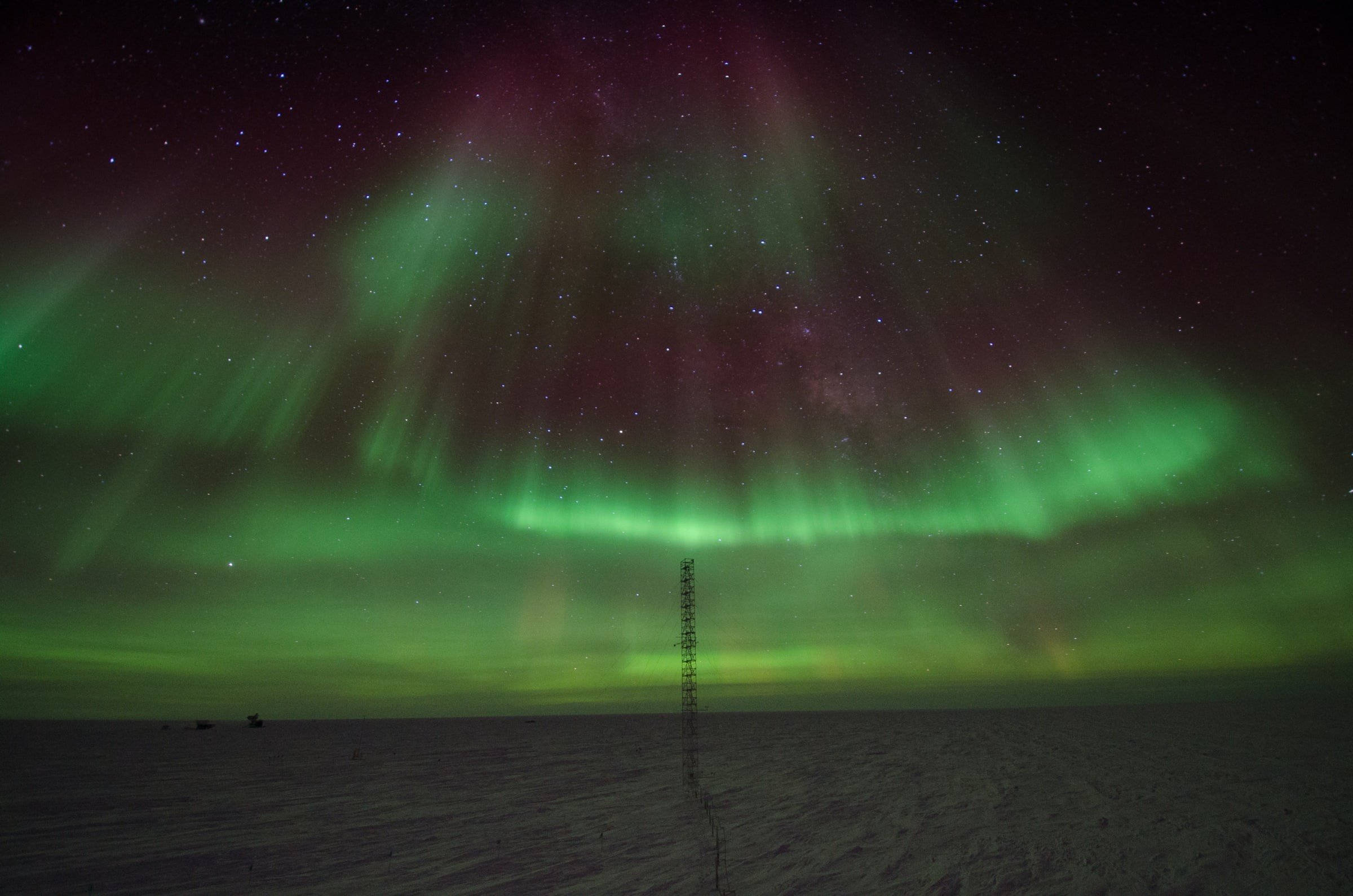 The Southern Lights’ are otherwise known through its original Latin name; ‘Aurora Australis’.

This is a more phonetically beautiful translation as Australis means Southern and Aurora a light that touches the sky and historically it was more generally used to describe dawn.

What are the Southern Lights? 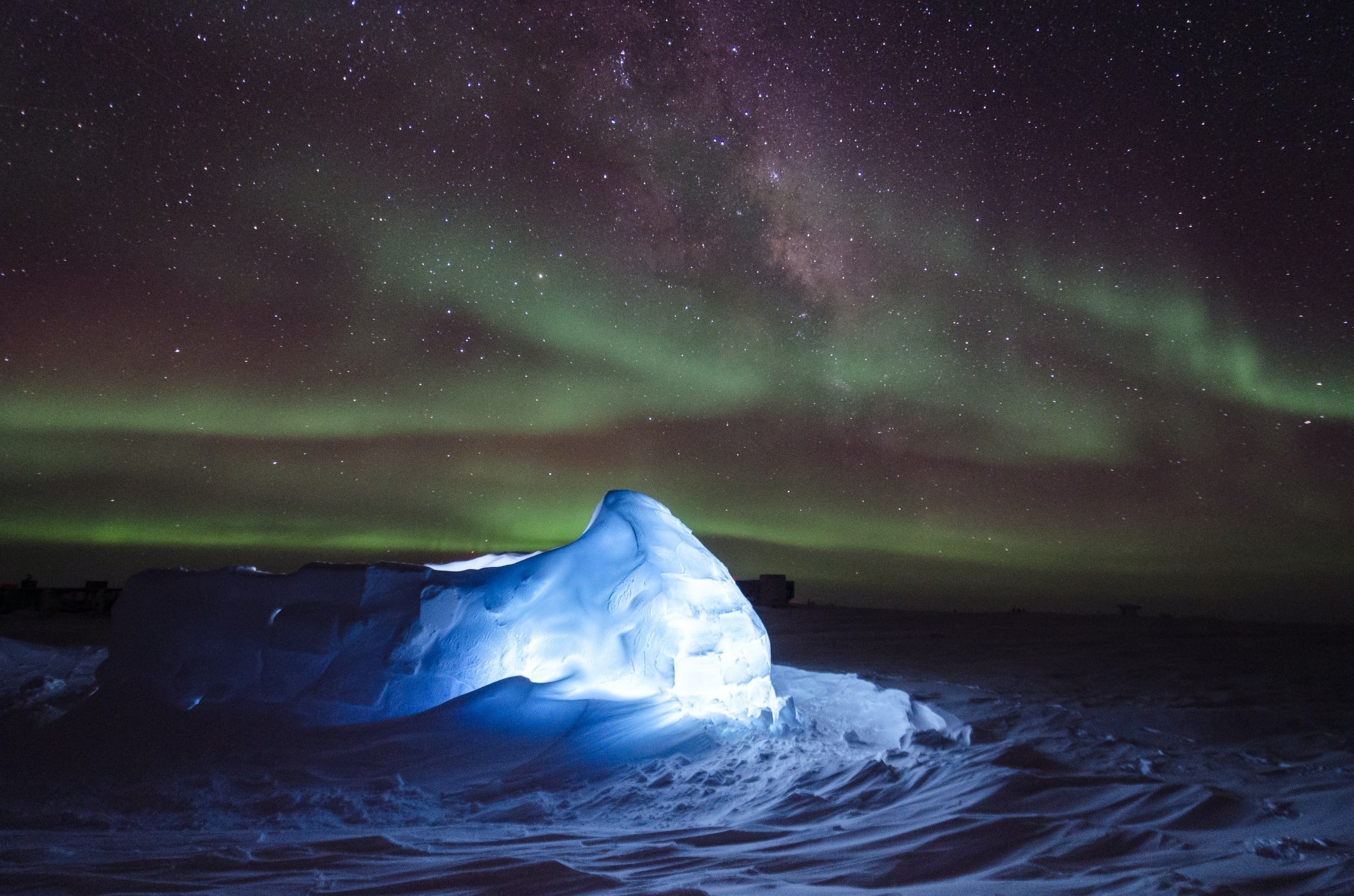 In layman's terms without going into the whole academic field of understanding the effects of the electrons, protons, and the upper atmosphere which would need an entire science degree to understand; The Aurora are disturbances on a magnetic sphere space level which result in the emitting of a light varying in depths, colors, and complexity. The disorder creates an artistic landscape of wonder in the sky, never twice the same because the space weather is unpredictable.

How do they differ from the Northern Lights? 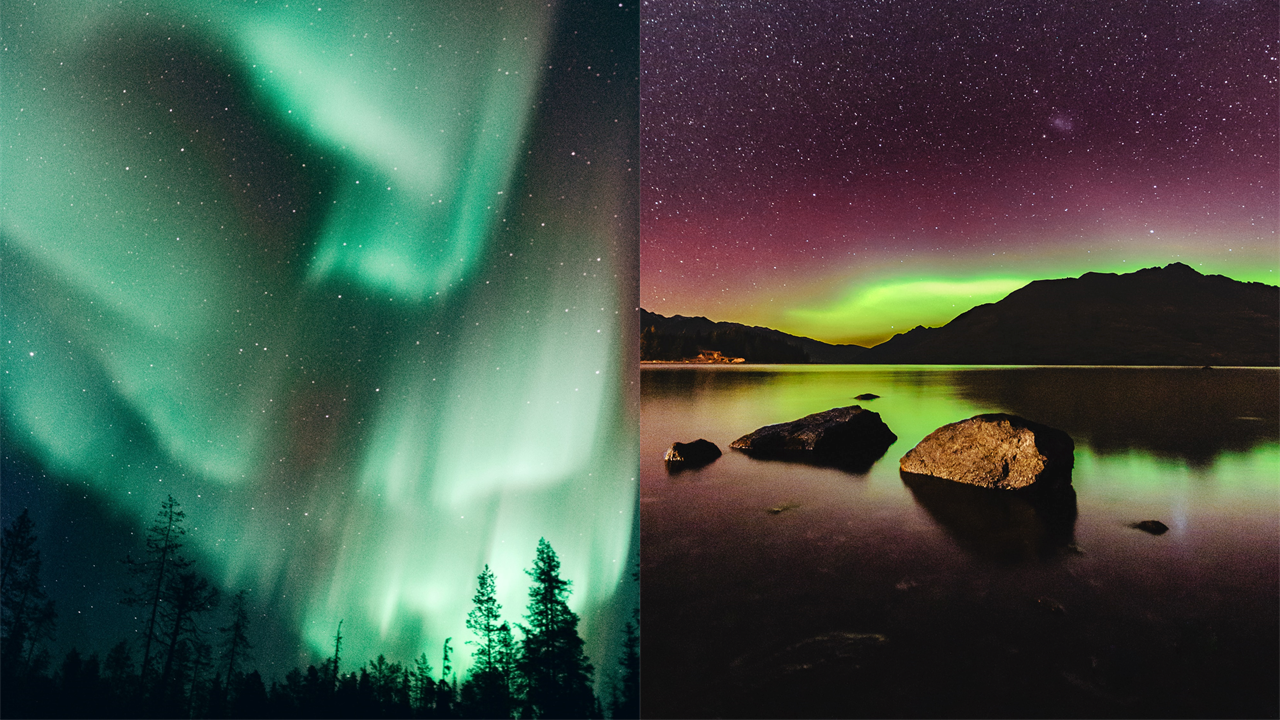 Recent scientific research shows that the Southern Lights are not a symmetrical representation of the Northern Lights. The sun’s powerful magnetic field pressures the earth’s lines to elongate the lines of the night, elongating the Southern’s lights appearances.

When the sun’s magnetic field aligns perfectly with the earth, the Northern and Southern lights can symmetrize, but this is a rare phenomenon.

The phenomenon of these lights is only possible due to the activity, storms, and disturbances of the magnetic sphere space. The Southern lights are not the same as the Northern Lights because of the Sun and its magnetic pressures. 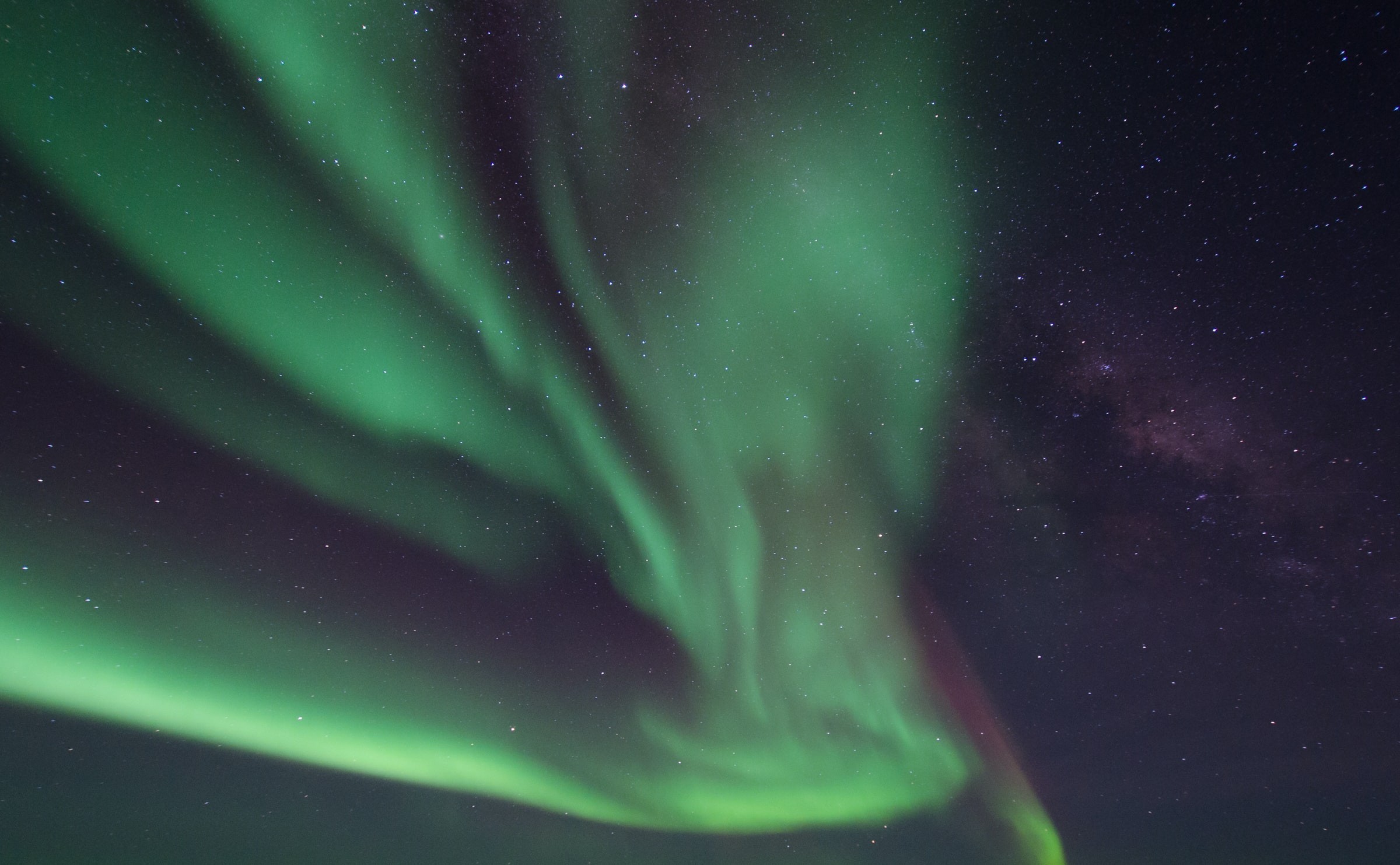 In the opposite fashion of the Northern Lights, the Southern Lights are in the Southern winter. This means the prime time to visit is June through to August, but they can begin as early as March and end as late as in September. They are perfect to catch and experience during the hotter months in the Southern Hemisphere.

Although, it is difficult to track the exact moment a light show will open its curtains and start, there are online services available that offer an hourly forecast based on NASA spacecraft orbiting the areas.

Remember to check the recommendations based on your desired location for more live information.

Where to see the Southern Lights? 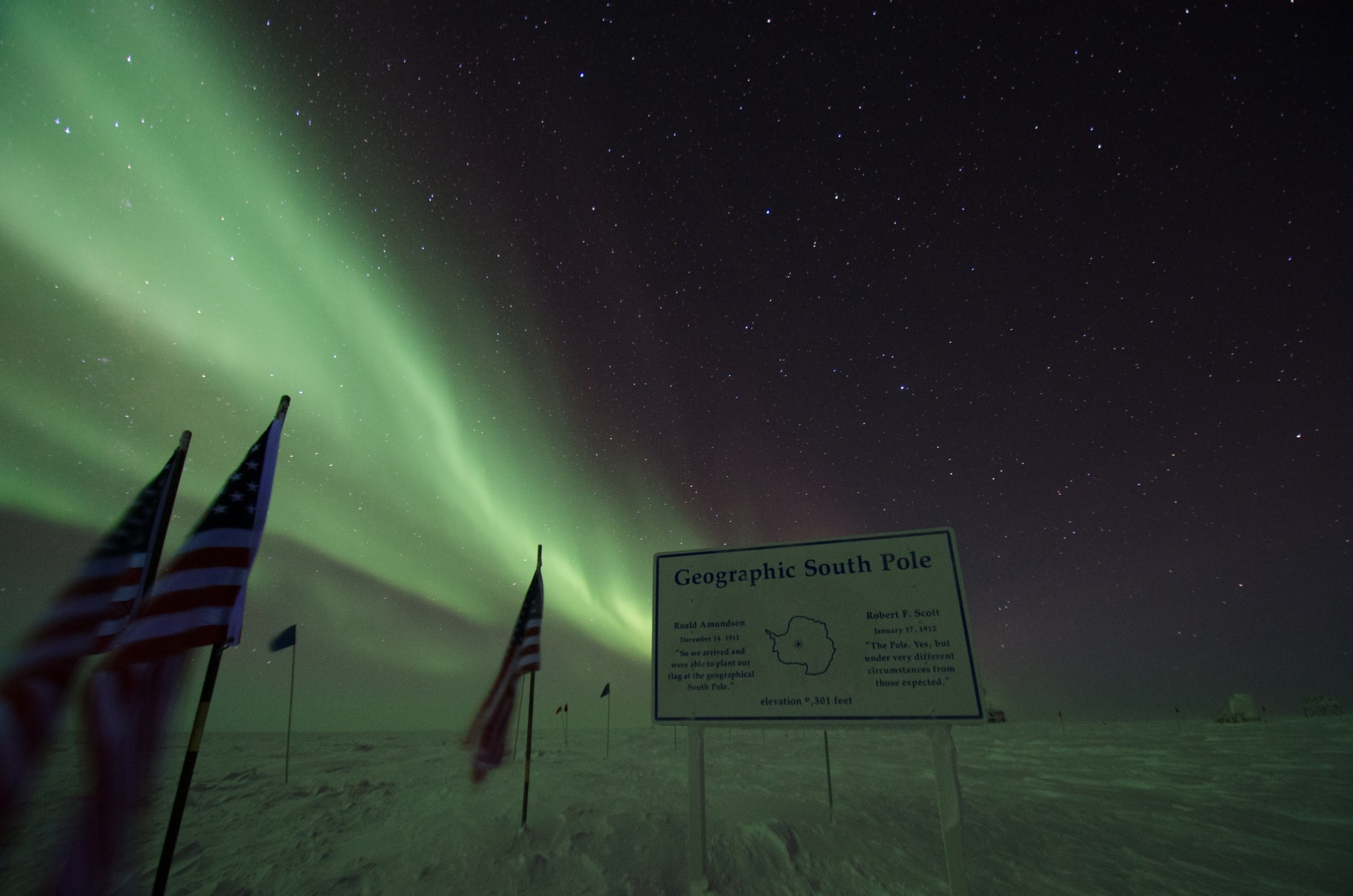 The choices to view these wondrous lights are surprisingly vast. The Southern lights are the perfect alternative for travelers who are not fans of the cold, icy temperatures of the Northern hemisphere. This article has picked the creme de la creme of the locations to view the Southern Lights. 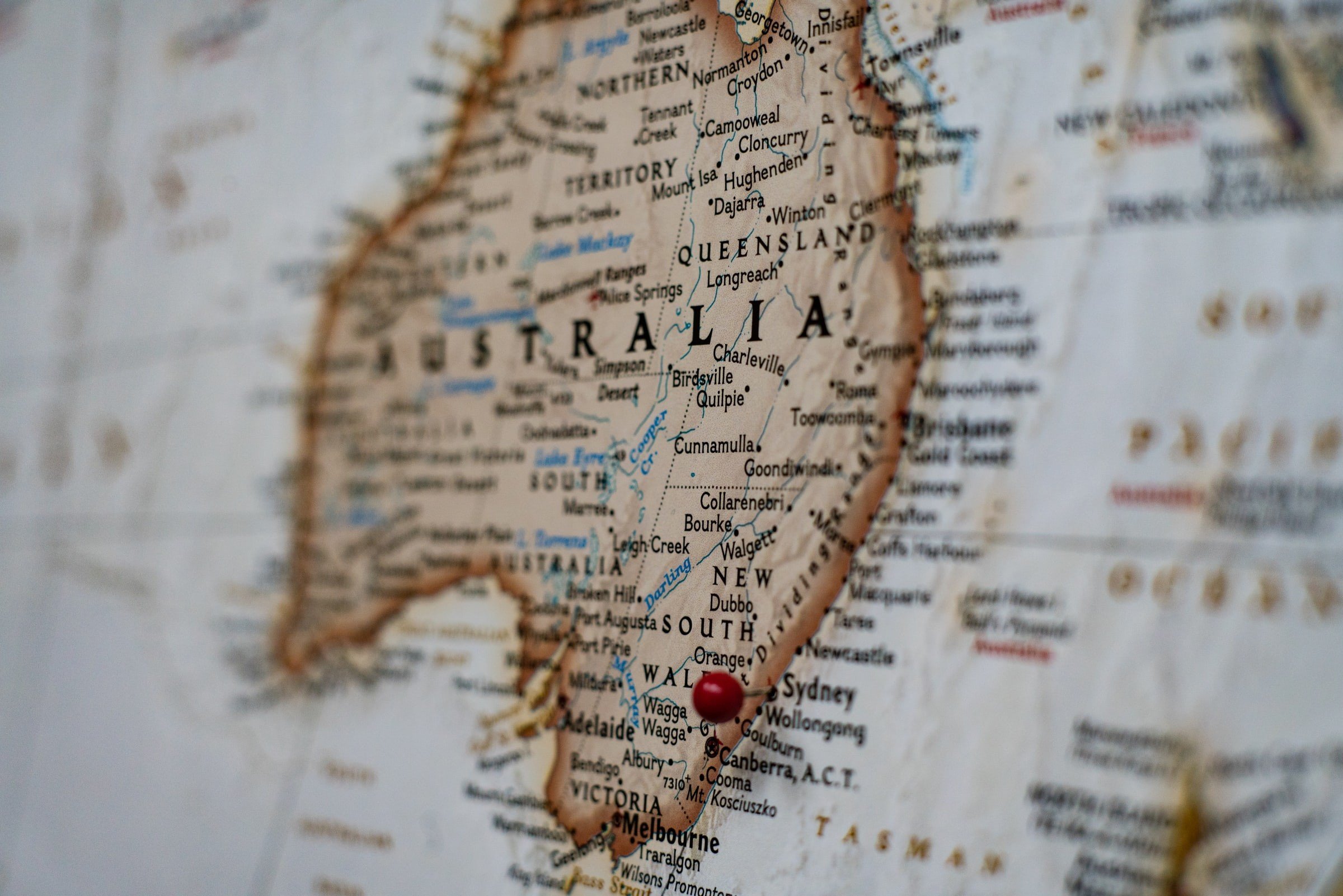 Photo by Joey Csunyo on Unsplash

If you consider the southernmost countries, then doubtless Australia is a territory that will cross your mind. If you are visiting Australia, you have a high chance of being able to witness the ballet of lights. There are highly accessible areas to view the Southern lights and speaking to locals will direct you to the perfect places to view the Southern Lights

If you happen to find yourself in Melbourne or Victoria then you are in the lottery to view the Southern lights. Hop on a train from Melbourne to Victoria and try your luck to view the light show. The chances are lower here to experience the full Southern Lights but it is near impossible to miss the Milky Way. This option is especially useful for those visiting Australia instead of the lights specifically.

It makes perfect sense to look at the Southernmost territory of Australia, Tasmania, for a higher chance of viewing the lights at their supreme best.

Tasmania is an island off the south of Australia with a chance of viewing the lights any night of the year. These chances increase when you visit between March and September and you find high altitudes. Tasmania has 38 peaks over the height of 1,220 meters giving you an array of choices on where to spectate and experience the lights.

Mount Wellington, Hobart, and South Arm Peninsula are all regarded as great high locations for the display. 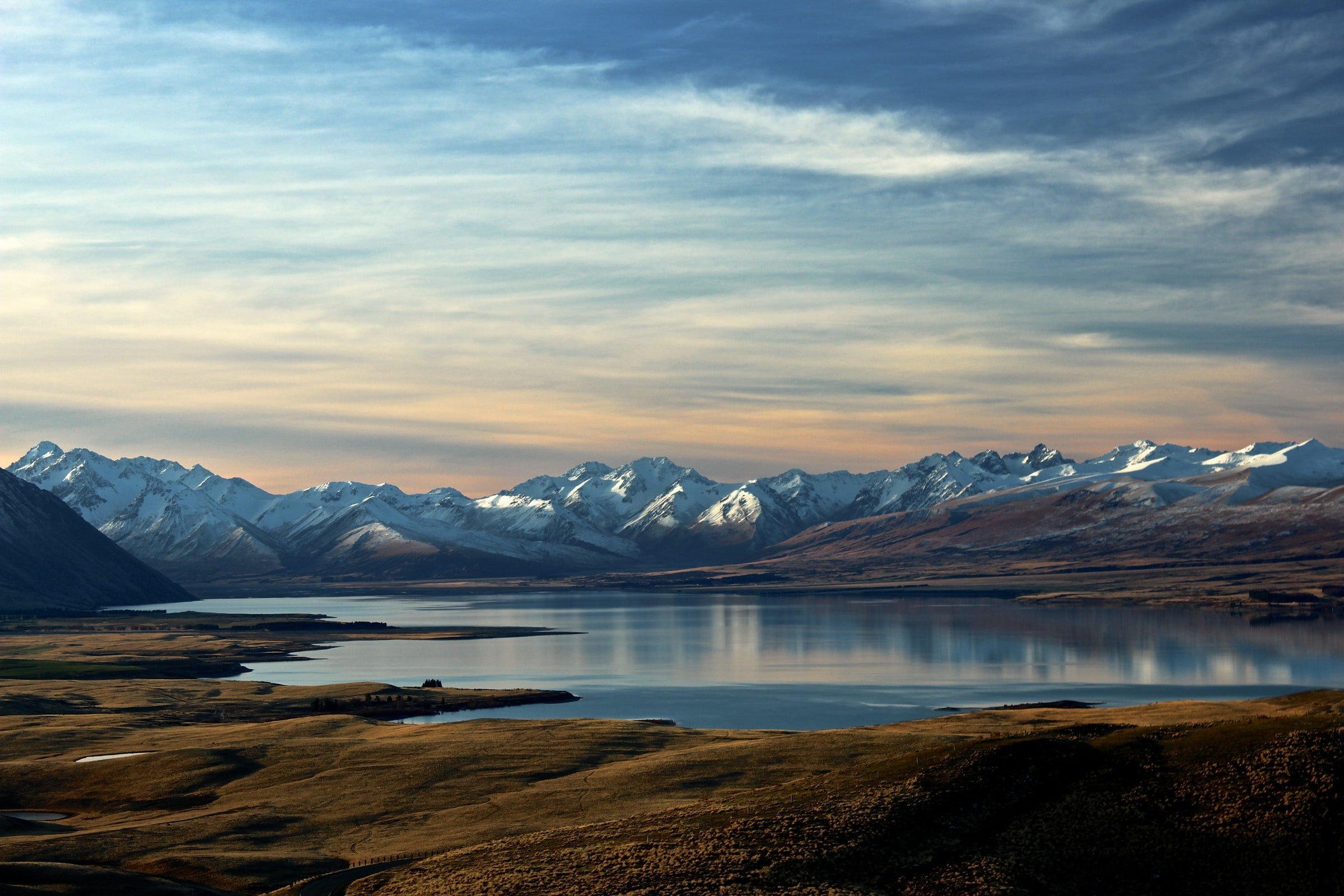 Photo by Tobias Keller on Unsplash

If your sole purpose is to view the Southern lights then New Zealand is the place to be. Not only a place for film stars and fantasy movie scenery, but New Zealand also is not often considered as a location for the Auroras. This is partly because we often imagine viewing these light phenomena in an igloo or surrounded by snow.

However, it is completely logical to visit New Zealand for the Southern lights as it is the most Southern inhabited territory in the World.

Queenstown is a good location to base your stay in, based in-land of New Zealand but on the Southern part of the island, it has good access routes to Lake Wakatipu and Lake Tekapo. These lakes provide a magnificent view of the southern lights reflected on the wide expanses of water.

It is important to bear in mind that any chances of viewing the Southern lights are diminished when close to a city and town with artificial lights, hence Queenstown should be a beginning to a means but not the final location.

Aoraki Mackenzie Dark Sky Reserve located at Lake Tekapo is a well-known secret amongst star chasers. This reserve is often a pit stop for more than a night as the view and observatory are so perfectly situated it is impossible to experience quickly. The Reserve encourages star-gazers and chasers to stay awhile with facilities run in the night and even telescopes to get a closer look at the sky.

Only accessible by ferry from Oban or Invercargill, other possible locations to view the light display of the South, Stewart Island is the most remote and most southern location in New Zealand. It is unobstructed by mountains or tall structures but there is the fear that the weather can cast a cloudy sky and obstruct your view. It is always best to have many options available before planning your Southern Lights adventure. 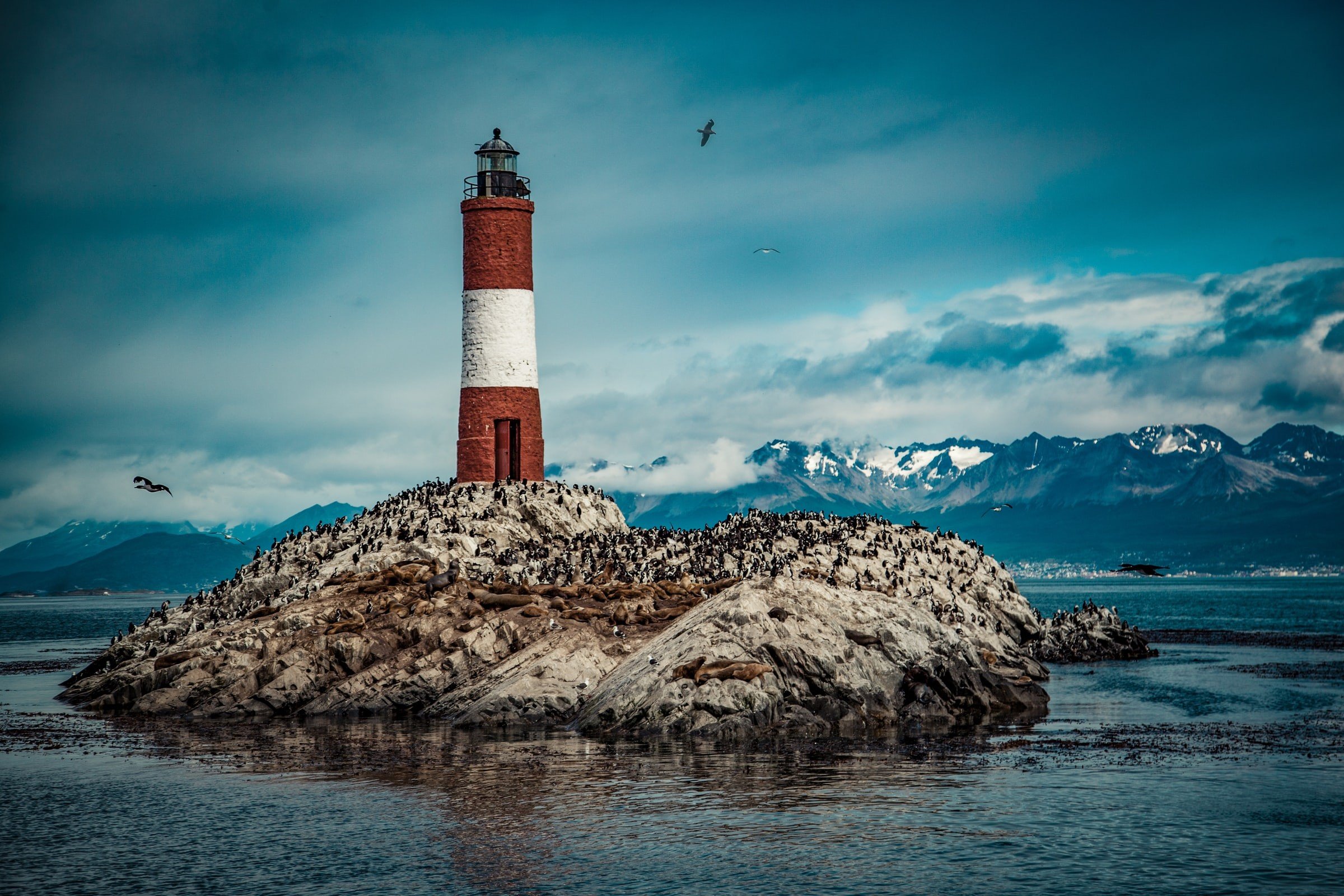 Photo by Luuk Wouters on Unsplash

Ushuaia or also known as the ‘end of the world’ is not often considered for it’s Southern Light views.

In the winter, Ushuaia has up to 17 hours of darkness on average, really increasing your chances of catching the lights. However, as always it is paramount to find areas with little to no urban pollution and artificial lights as these can significantly interfere and disrupt the display. 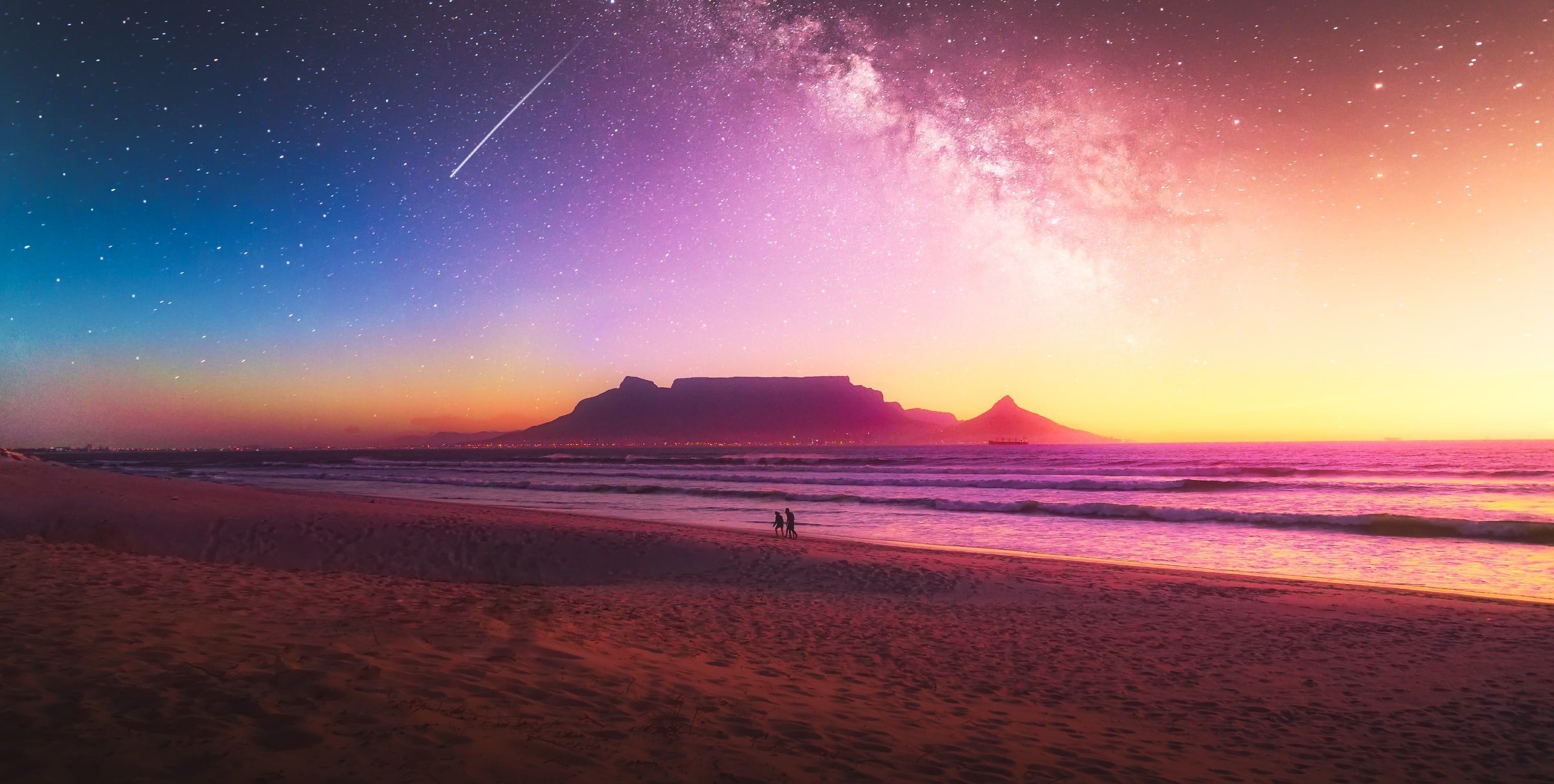 Photo by Thomas Bennie on Unsplash

As the name suggests we would assume that the Southern Lights are visible from South Africa, however, it is very hard to predict viewing them on the African continent. This is why we have erred away from suggesting South Africa.

Now that we’ve exposed you to the wondrous Southern Lights and highlighted the possibilities of viewing the Southern Lights, we hope that you will consider the often neglected Southern Lights over the Northern Lights. Instead of flying over half the globe, we encourage citizens in the Eastern hemisphere to consider New Zealand and Australia for their next star-chasing adventure. However, if you travel to South America consider making a special trip to Argentina for this unique light upon light experience.