Visiting the Valens Aqueduct - One of Istanbul's Most Historic & Distinctive Landmarks

While touring Istanbul, Turkey, travelers should include a visit to the Valens Aqueduct (also known as Bozdogan Kemeri) located in the quarter of Fatih which spans the valley between the hills occupied by modern day Istanbul University and the Fatih Mosque.

This Roman Aqueduct in Istanbul was a part of the single longest ancient aqueduct system ever to be built, reaching nearly 250,000 meters, which supplied water to Byzantium’s most important city of Constantinople. The Valens Aqueduct was operational until the end of the 19th Century.

Today, the Valens Aqueduct Bridge is 921 meters long and the Atatürk Bulvari Boulevard passes under the arches of the only surviving section of this historical structure. 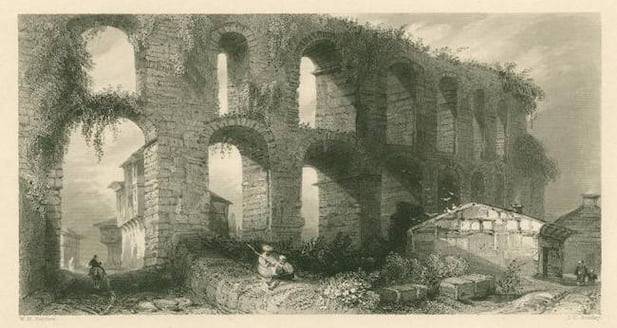 The Valens Aqueduct was again expanded by Theodosius I in the year 382 after the city faced a severe drought. Interestingly, the Valens aqueduct was destroyed by the Avars during the siege of 626 and was only rebuilt in the 8th century.

However, through the centuries, reigning Emperors and rulers from the Byzantines to the Ottomans continued to expand, restore and repair the Valens Aqueduct and its arches in order to cater to the increasing water supply needs of the growing population of the city of Constantinople which was renamed as Istanbul during the Ottoman reign. 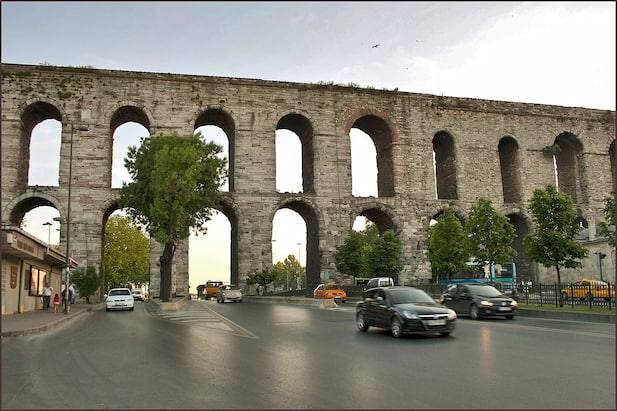 The Valens Aqueduct Bridge is a two-story structure made of stone and brick with typical Roman arches along its entire length. It was originally 971 meters long, but is only 921 meters long today. The Valens Aqueduct was the culminating bridge of the Roman Aqueduct system with consisted of more than 30 stone bridges and meters of underground tunnels. Once this Roman aqueduct system reached the City there were three open reservoirs and more than 100 underground cisterns within the city walls used for storing water that came through the Valens Aqueduct Bridge.

The famous underground ‘Basilica Cistern’ that still survives today is considered another popular touristic attraction in Istanbul, and was also used in a scene for the James Bond film "From Russia With Love".

The part of the Valens Aqueduct located on Atatürk Boulevard was cleaned and strengthened by the Istanbul Metropolitan Municipality in 1988 and was restored between 1990 and 1993 by Doğan Kuban and Ş. Akinci. 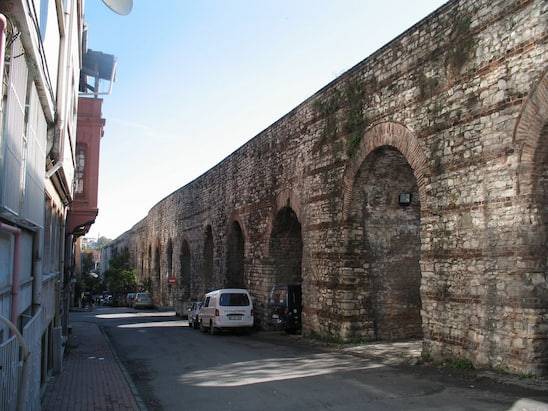 There is also a park nearby, the Fatih Anik Parki, so if you are at a loose end and want some downtime from the sightseeing of Istanbul, then this is an option to consider.

Climbing and walking on the Valens Aqueduct Bridge is actually prohibited by Law, so it is best to avoid this even if the locals may disagree.

The Zeyrek Mosque is also in close proximity, so visitors who are architectural enthusiasts might want to visit this example of Byzantine architecture which is made of two former Eastern Orthodox churches and a chapel.

Halal Food near Valens Aqueduct: If Muslim travelers are in the vicinity of the Valens Aqueduct during meal times, then there is a Halal restaurant - Sur Ocakbasi, in the area that can be tried out.

Click here for a complete Muslim-friendly travel guide to Istanbul!