The 101 on the City of Azalea: Things to do in Taipei, Taiwan 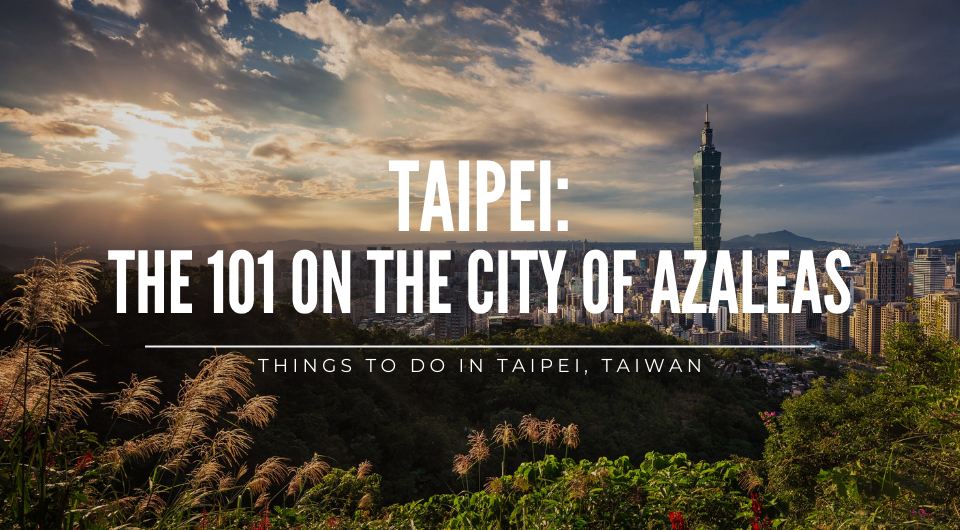 From its delightful skyline to its notable Taipei 101 building to the clamoring road markets to the food to the plethora of museums, Taipei overflows with a combination of history, modernization, innovative arts vibe, and the marveling heritage of the city.

Fun Fact: Taipei is also known as the "City of Azalea", after the Azalea Flower. Listen to more interesting facts on our podcast! 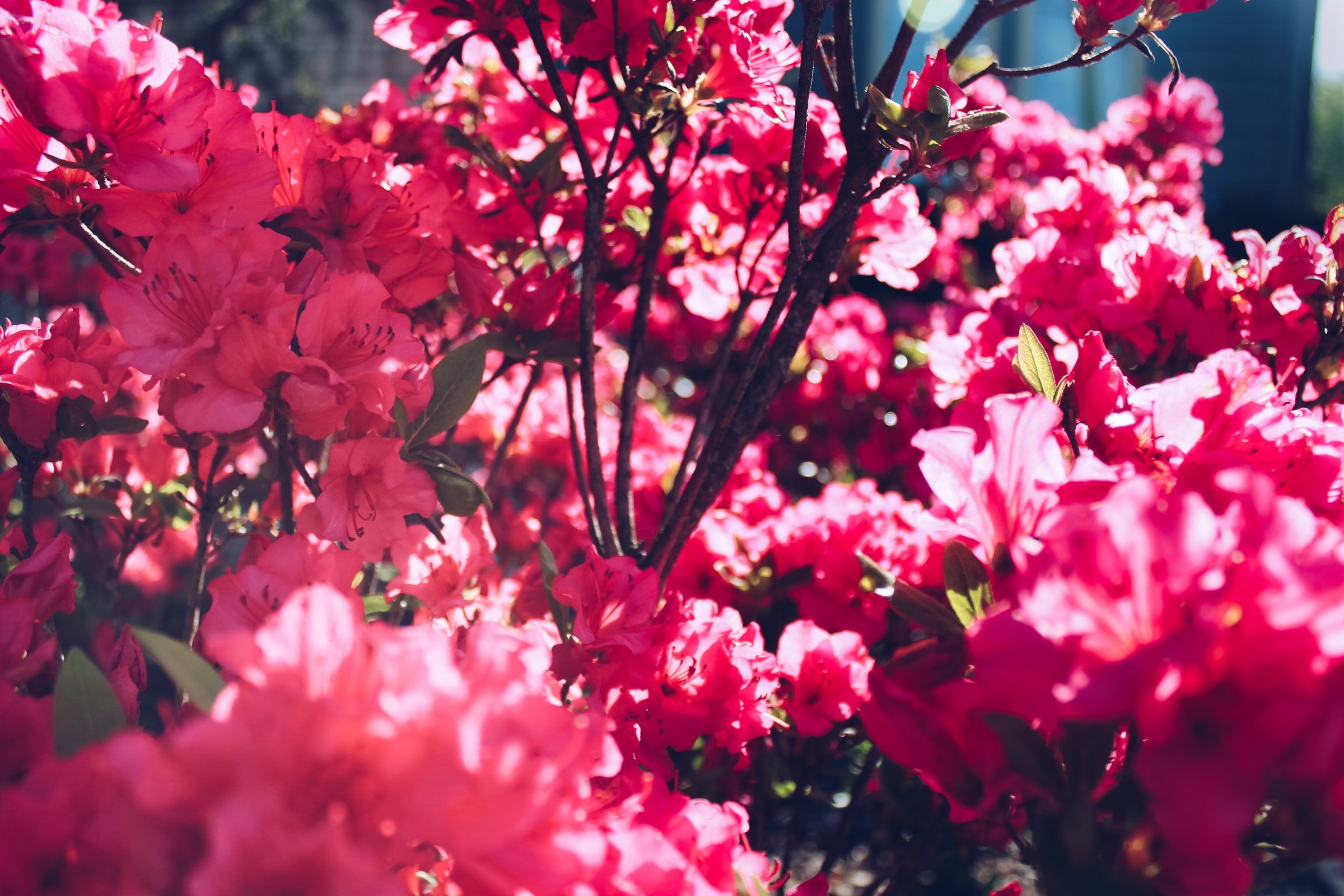 Before you head over to the vibrant capital of Taiwan, it would be useful for you to get some background on Taipei. For example, Spring and Autumn are one of the ideal times to visit Taipei. The official currency in Taiwan is the New Taiwan Dollar (NT$). The MRT network in Taipei is one of the generally utilized transport techniques by vacationers. It is cheap and convenient to utilize. The simplest method to go by MRT in Taipei is with an EasyCard or iPASS which can be bought in most convenience stores.

With such a great amount to see and do, you are ensured to have an exceptional visit. Here is a list of activities or attractions you can include in your itinerary for your Taipei visit. 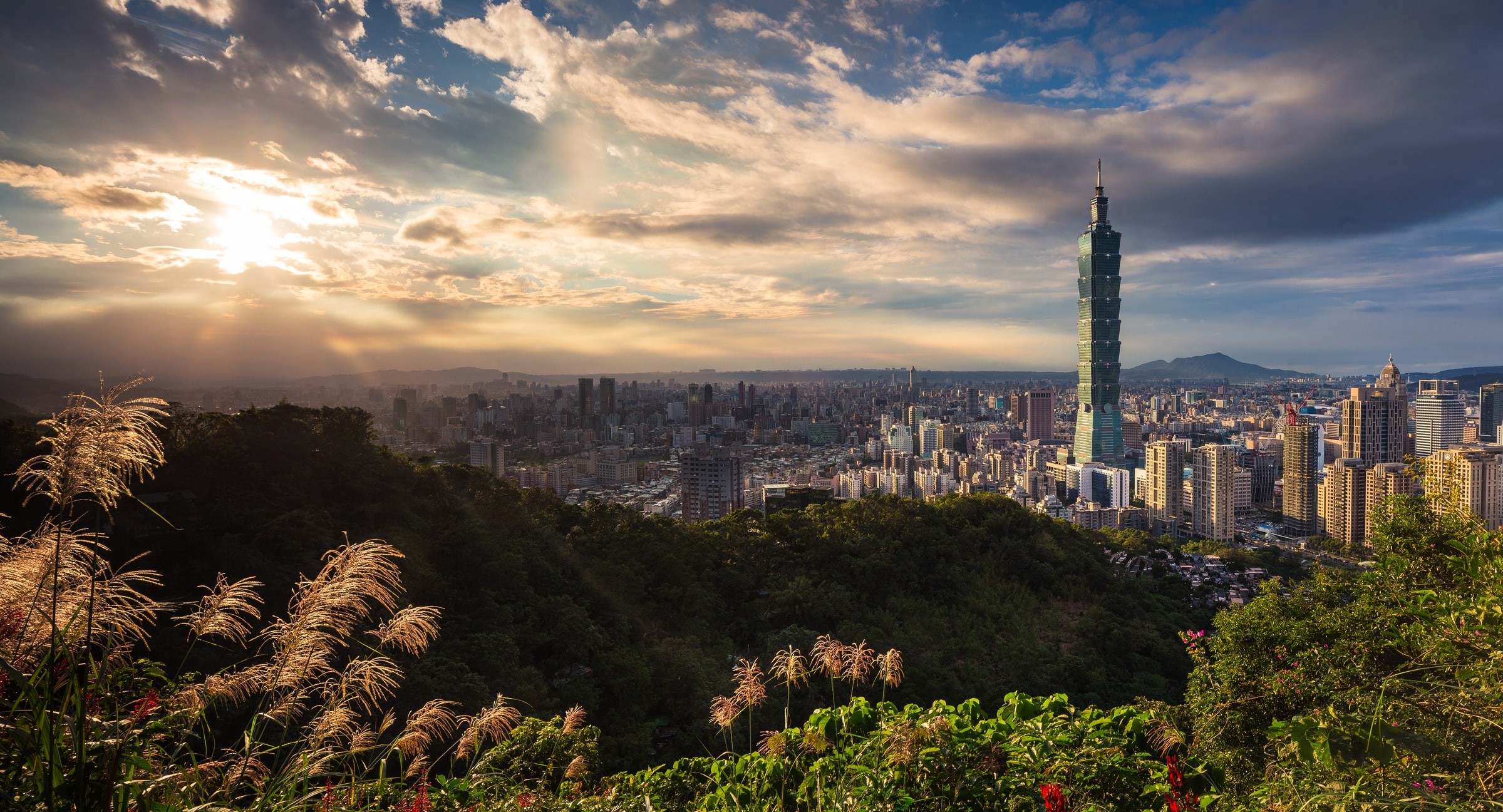 Excellent, jaw-dropping views can be seen of Taipei from the Elephant Mountain which makes this fascination one of the most famous spots to visit. Also called the Xiangshan Hiking Trail, this 183-meter mountain is an absolute must-visit when in Taipei. The Elephant Mountain takes around 30 minutes to climb up to spots with incredible sights. You can even proceed to the next three paths which are Tiger Mountain, Leopard Mountain, and Lion Mountain.

If you plan on hiking up this Mountain be sure you reach a great spot from where you can view the sunset and you shall not be disappointed. You can even drool over the iconic Taipei 101 from Elephant Mountain. 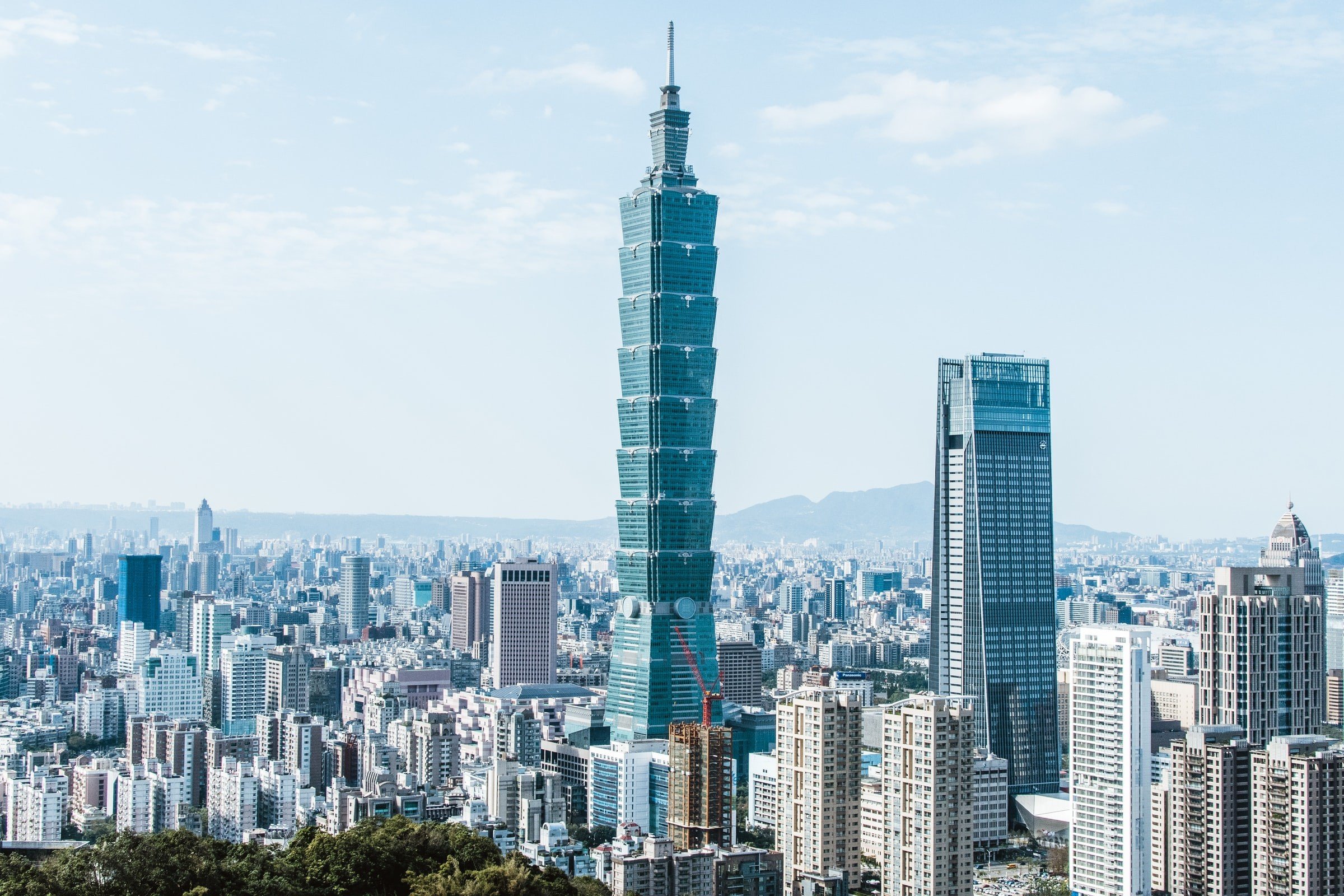 Standing tall at 508m high, Taipei 101 was the world's tallest structure from 2004–2010, and then it was beaten by the Burj Khalifa. It flaunts an unimaginably grand view, particularly around evening time! The ride to the observation deck on the 89th floor of the structure takes mere 37 seconds Scary but rewarding as it gives a stunning all-inclusive view of the city. This building is the prime spot from where visitors can view the spectacular New Year's Eve fireworks display.

Taipei 101 is additionally a shopping center and home to the world's most elevated Starbucks along with a couple of restaurants located in the building. You can likewise observe the structure's 720-ton stabilizer ball which is the wind damper that maintains the structure during strong and harsh winds or quakes. The observation decks are located on the 88th and 89th floors. The 91st  floor has an outside deck which is open depending on weather conditions.

Jiufen, the Santorini of Taiwan 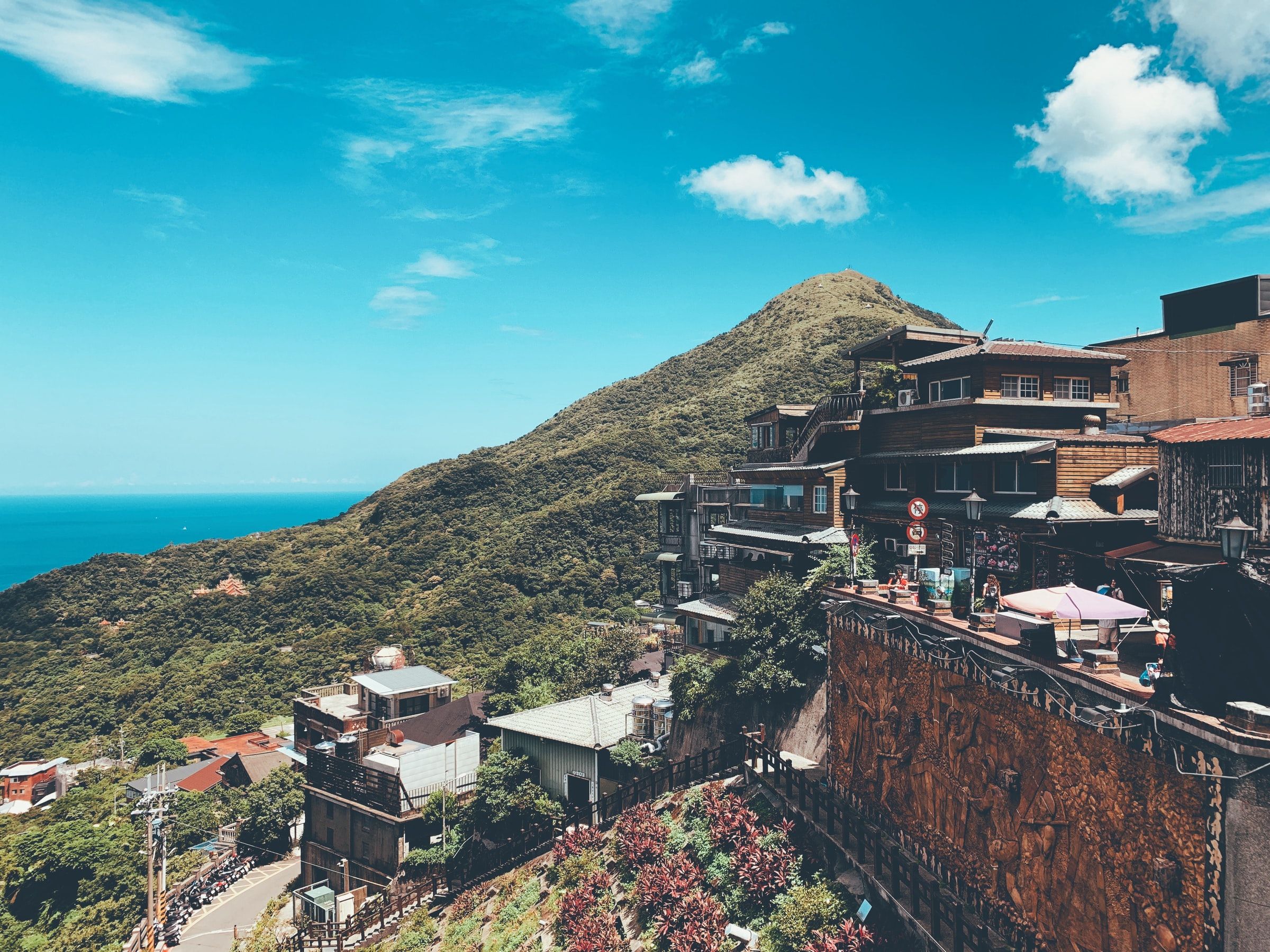 Just a short train ride away from Taipei Main Station, this extraordinary town brims with an alluring landscape and scenic views. You can even climb up Mount Keelung for an outstanding night view on Jiufen.

Jiufen is one of Taiwan's most popular tourist hotspots. It is acknowledged for being a notable gold-mining town with its historical architecture and aged streets. Its also more famously known for its traditional teahouses. If you get an opportunity to visit Jiufen make sure you pay a visit to Siidcha Tea House, Skyline Tea House, Amei Tea House, Taro of Sweet, and Jiufen Tea House.

Furthermore, what Jiufen has to offer are its museums featuring the town's gold mining past,  numerous parks, and hiking trails too.

The most effective method to get to Jiufen is by taking the train from Songshan Station (in Taipei) to Ruifang Station. The journey will take around 1-1.5 hours via train or bus. Once you get to the station you can hop into a bus and head over to Jiufen. 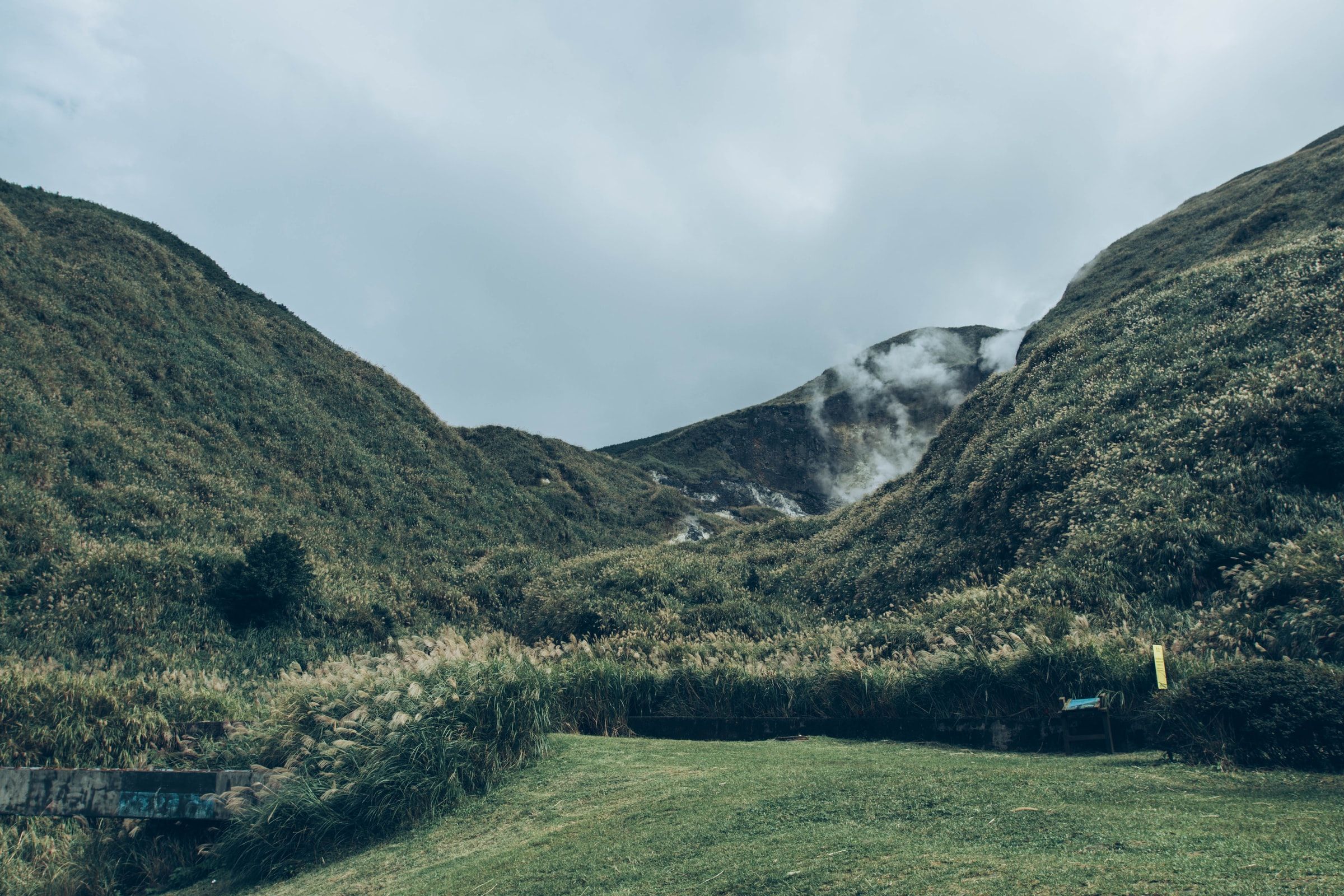 If you choose to proceed further down the Parks trail, you will reach Xiaoyoukeng, a geographical wonder where fumaroles puff Sulfur into the air that reminds guests that the hotspot was previously a functioning volcano. There are likewise many more climbing trails to appreciate whilst providing some of the greatest views. 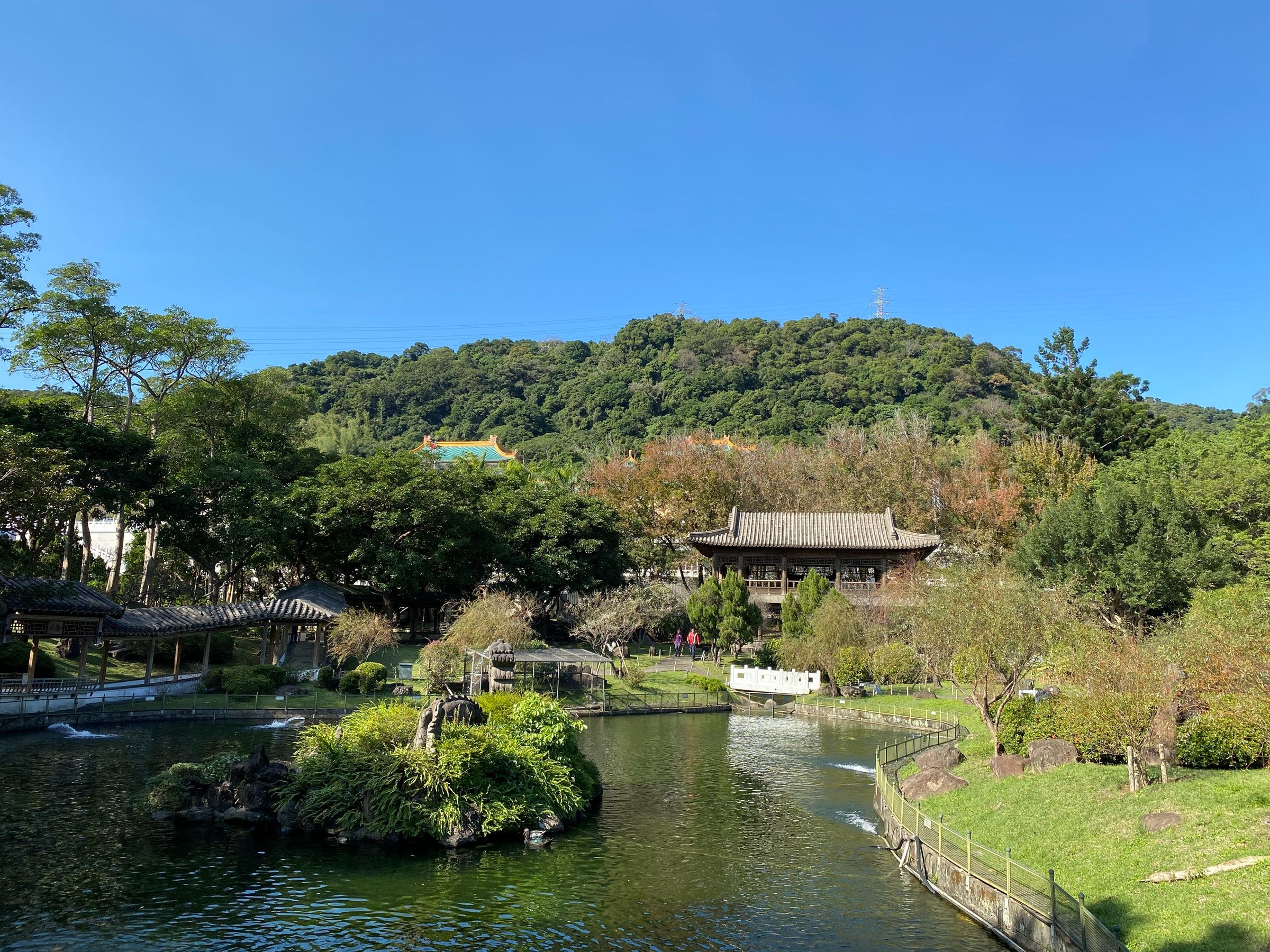 Image Credit: my nguyen on Unsplash

The National Palace Museum is home to nearly 700,000 relics varying from valuable jade, antiquated ceramics, and paintings dated as far back as the seventh century, the vast majority of those which were taken to Taiwan during the period of the Chinese Civil War. Inundate yourself in Chinese history and culture at the National Palace Museum. Apart from the usual displays, there are rotating exhibits targeted towards children as well. This museum provides tours and audio guides in English as well. The audio guides are quite useful as they go into details about the artifacts and provide a more in-depth understanding of what is on display. 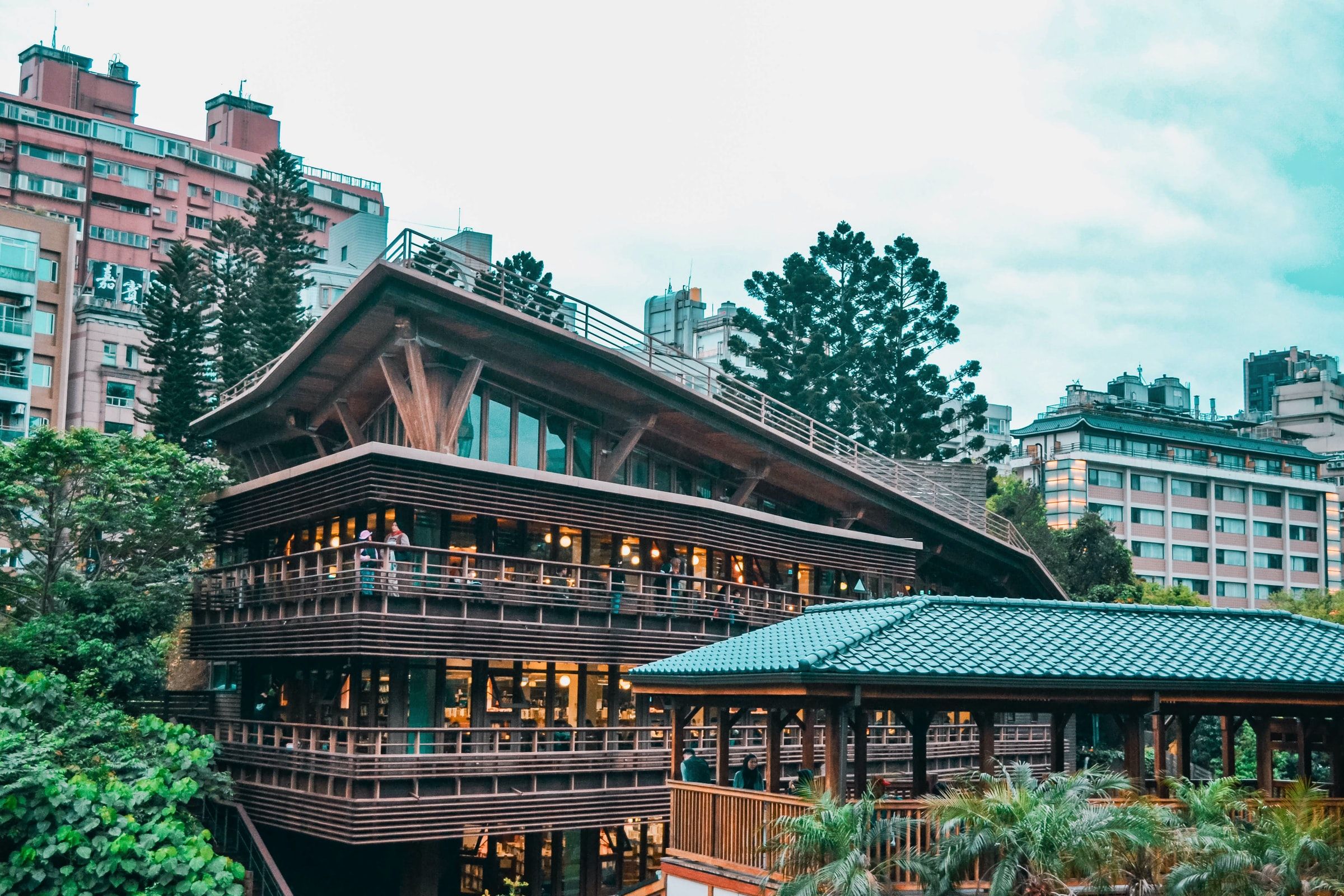 Situated toward the north of Taipei City, Beitou is one of the most common locations visited by tourists. As per the norm, the standard beginning stage for a Beitou road trip is Beitou Hot Springs Park. The Beitou Hot Springs zone is a well-known hotspot since it is on the MRT. There are heaps of resorts, spas, and hotels in the region where hot springs are available in abundance. Ensure to likewise visit the Hot Springs Museum, the Xinbeitou Historic Station, and Thermal Valley otherwise called Hell Valley, which is essentially a turquoise pool with burning hot water. Visitors would also be treated to some fantastic views at these locations.

PS - Do not forget to take your own towel, as they are not provided at the hot springs. 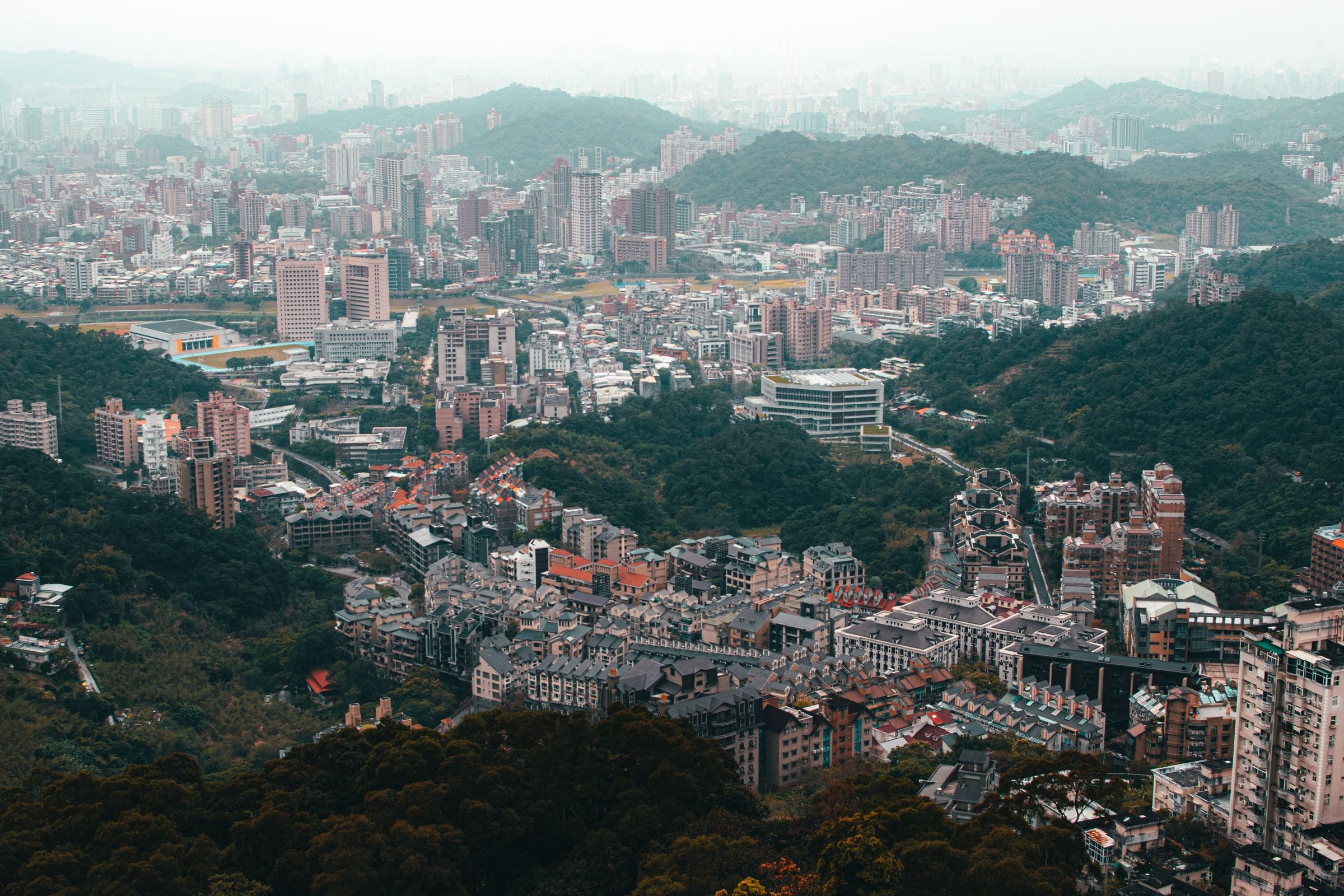 Take a ride on the Maokong Gondola and bask in extraordinary views of the city. The path covers over 4km, which is 2.5 miles and has a few stations between the Taipei Zoo and Maokong. Once you go 4.3 kilometers along the Maokong Gondola cable car path, you will be blessed with some staggering landscapes of Taipei City and the encircling mountains. To make the best of the exceptionally beautiful ride, spend a little more and sign yourself up for the glass-bottomed “Crystal Cabins" ride!

There is a plethora of trails you can take a stroll on and explore, teahouses and restaurants alongside the gorgeous views of Taipei. The ideal time to take in these panoramic views is during the night when the city is lit up, you will not regret it. 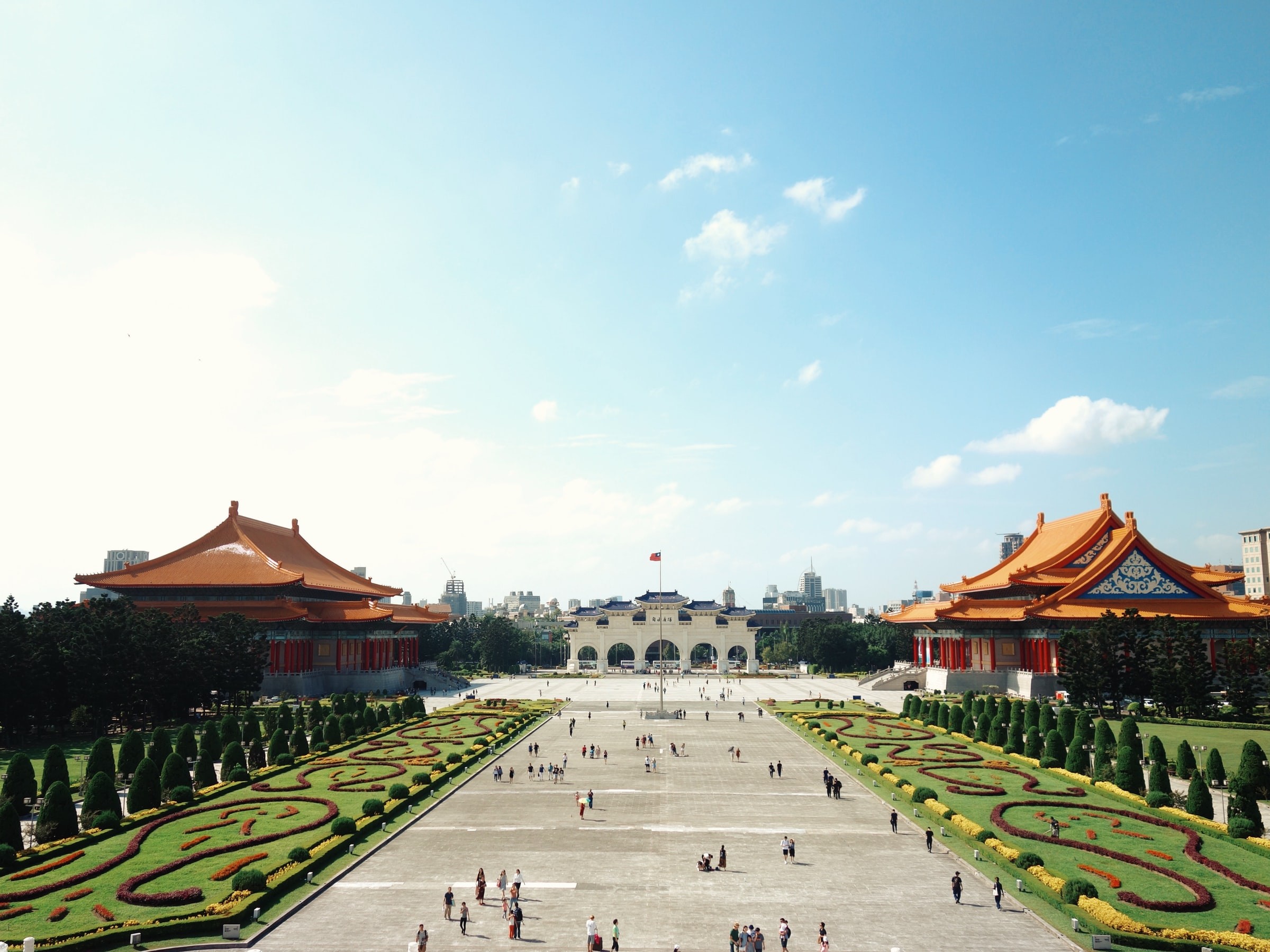 PS – The ideal time to visit this location is when it is lit up during the night. 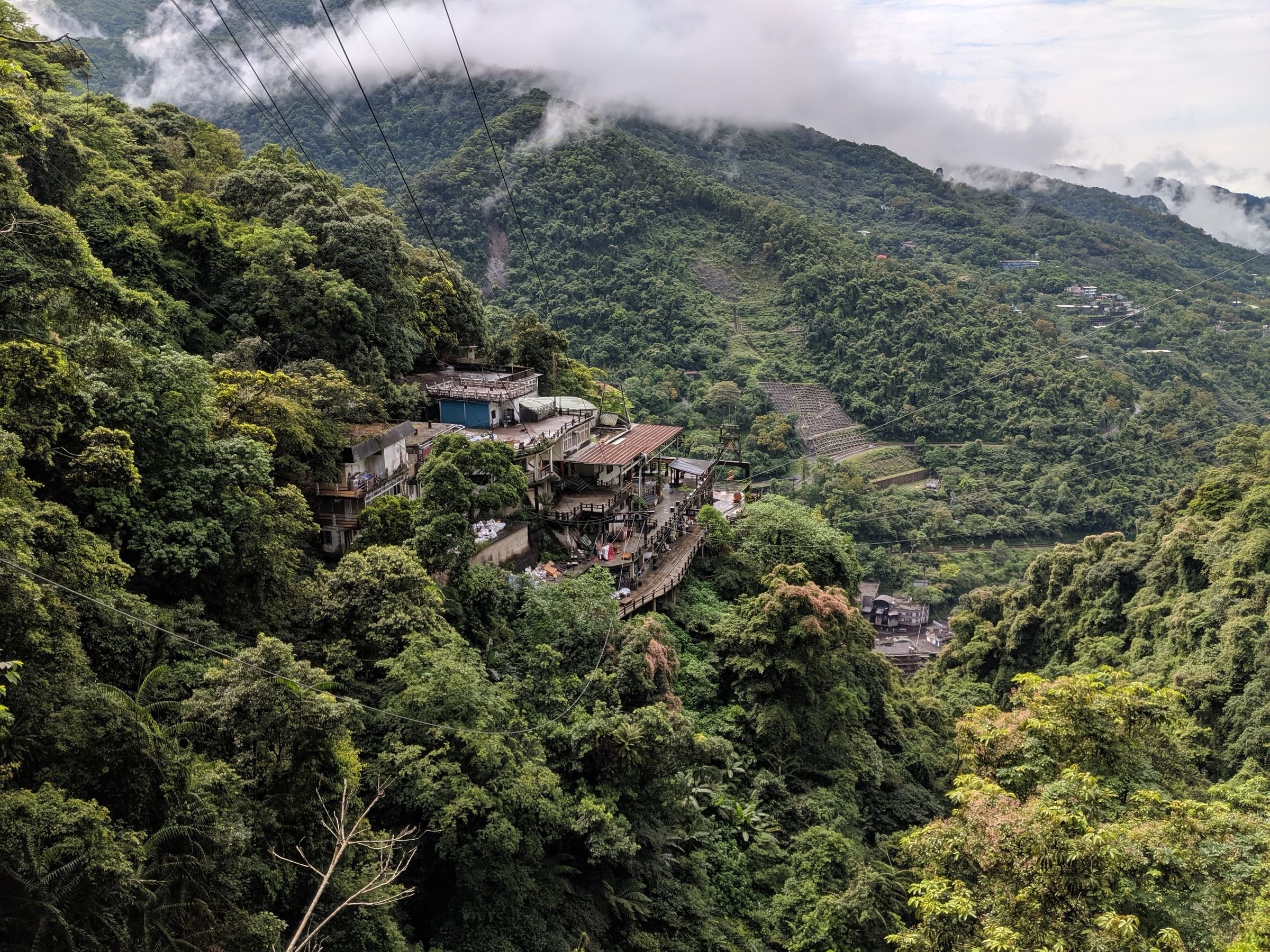 Wulai is a little town situated outside the city. It is frequented by tourists due to its well-known hot springs and natural scenery placed in an astounding green valley. Additionally, there are a few hot spring hotels where guests can check-in for a couple of hours and unwind.

Exploring the native town of Wulai will not leave you disappointed. To make your journey more adventurous you can hop onto a cable car ride that will take you to a waterfall and an aboriginal town where you can appreciate the delicacies the village has to offer. Exploring Taipei by bike is an ideal way to travel around the city despite the hustle and bustle in Taipei. However, thanks to the backstreets and small hidden roads not only would you not get inconvenienced by traffic, but you will also be rewarded with a scenic ride that will leave you speechless. You can use the Youbike which is Taipei’s public bike rental system.

PS - The best way to get around Taipei for first-timer tourists is with the Taipei Fun Pass, which offers free limitless public transport access and entrance fees to some attractions!

Unrelated but... Check out The Halal Travel Podcast hosted by Hazirah, Nurul and Raudha as they talk candidly about travel, food, life and everything else in between and sometimes with awesome guests! Listen now!