Pandemic has caged us in the home for months in 2020. Many governments urged their people to not risk their life by traveling anywhere to flatten the curve. Though some pharmaceutical companies have launched its vaccine to battle the virus, the human being on this planet is still facing threats from this unseen creature.

As 2021 is around the corner, we have to be ready for every possibility that might come. We should have a fearless mindset to enter this new year. Some of us could not stand anymore being caged for months in a house without seeing any travel or even adventure. Going outside and do travel with family, friends are things to do in 2021.

Hiking to towering mountains will bring us to freedom and a way of fulfillment to travel. There are so many mountains that lie on earth all over the world which each of them has its uniqueness and different attitude levels. Surely, it becomes a special desire and attraction for mountain climbers who are trying to the challenge on each mountain.

It is uneasy for climbers to reach the highest peak, yet it will pay off when they manage it. The climbers will feel excellent and grateful feeling once the beautiful scenery which will spoil eyes.

HalalTrip will introduce you to 10 hiking trails from around the world in 2021. Scroll down and start to choose which mountain you will put on your traveling bucket list! 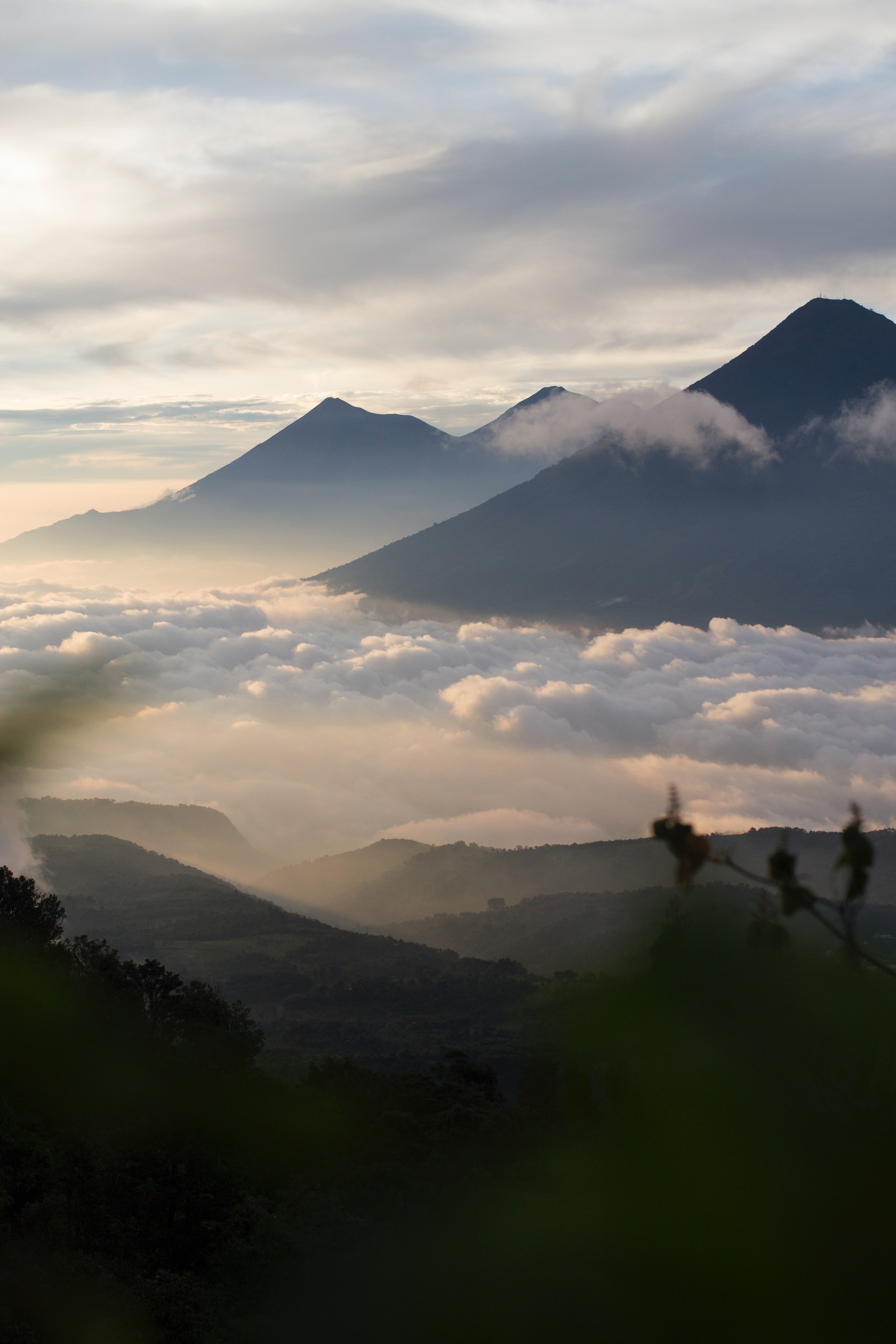 It is the most extreme climbing route we could recommend you. A-2,552-meter active complex volcano in Guatemala, Central America has erupted at least 23 times during the Spanish invasion according to history.

Climbers must be aware all over the time as there are frequent eruptions of fire that suddenly appear when hiking. It is a completely thrilling sensation to come here.

After all, if you can tackle those extreme climbing conditions, your eyes will be pampered with the beauty of the lava river in the evening. Pacaya is suitable for fearless climbers! 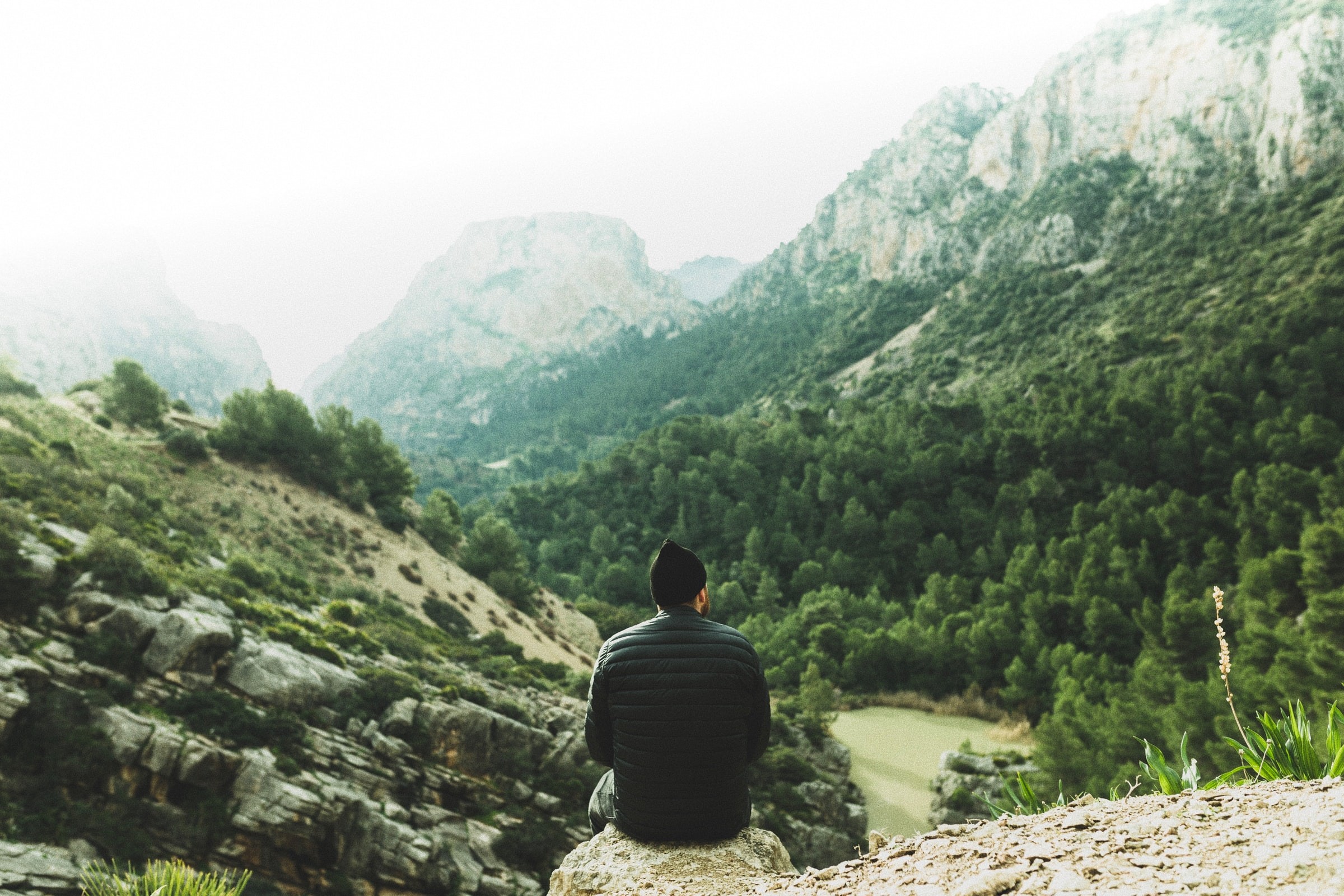 El Caminito del Rey or in English means The King’s Pathway is located in the province of Malaga, Spain. It is a path pinned along the steep walls of a narrow cliff.

Scary! That is the one word we could describe this hiking trail since it is about 91 meters above a cave.

The King’s Pathway was once closed by the Spanish government due to several accidents involving climbers fallen dead while going through it. However, still, as many climbers are enthusiastic about this route the government has renovated the path spending around USD 165 billion. The narrow path was reopened to the public in 2015 until now.

If you are not afraid of heights, you should attempt to hike this path at least once for your entire life. It takes tons of patience and gut to get through it! 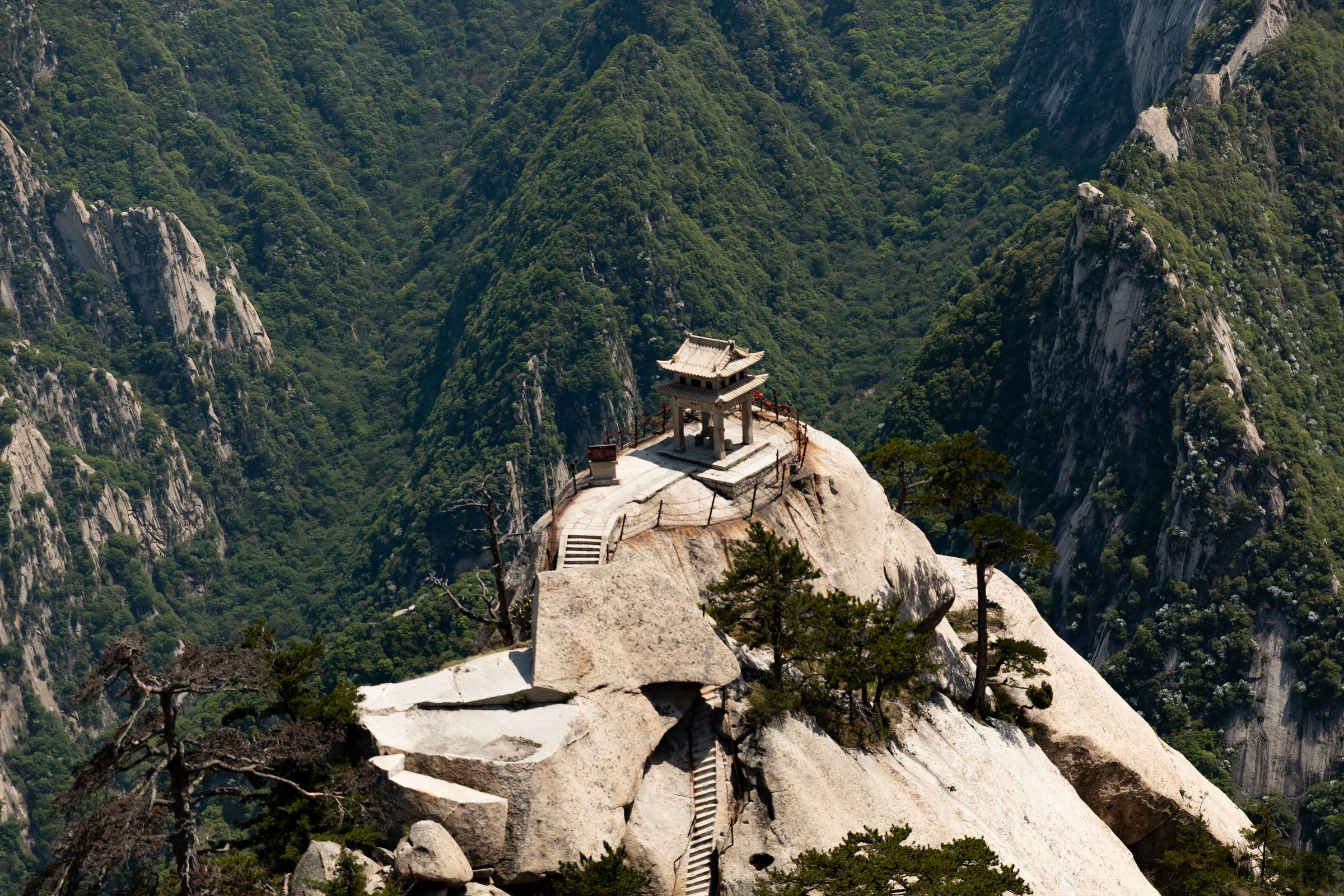 Now let’s move to the Asia continent where there are also challenging hiking trails that worth trying. Particularly in Shaanxi Province, Huayin city, about 120 kilometers east of Xi’an, there is a 2,160-meters mountain that luring climber all around the world.

Mount Hua presents a hiking trail consisting of planks arranged lined up and hanging on a gorge. Hikers can get through by walking facing the cliff and holding on to the chain along the cliff.

Foreign and domestic tourists visit Mount Hua not only because of the thrilling hiking track but also to enjoy the persevered cultural sites that are still maintained today.

This mountain site has been hiked by 40,000 climbers in one day in 2013. The government has allocated some funds to make the route safer. However, some climbers decided to have a more extraordinary experience by taking a more extreme route.

According to some records, it is 100 people died every year in Mount Hua as the tracks are only made of wood without any fence or safety net. You had better consider this information for your own safety sake! 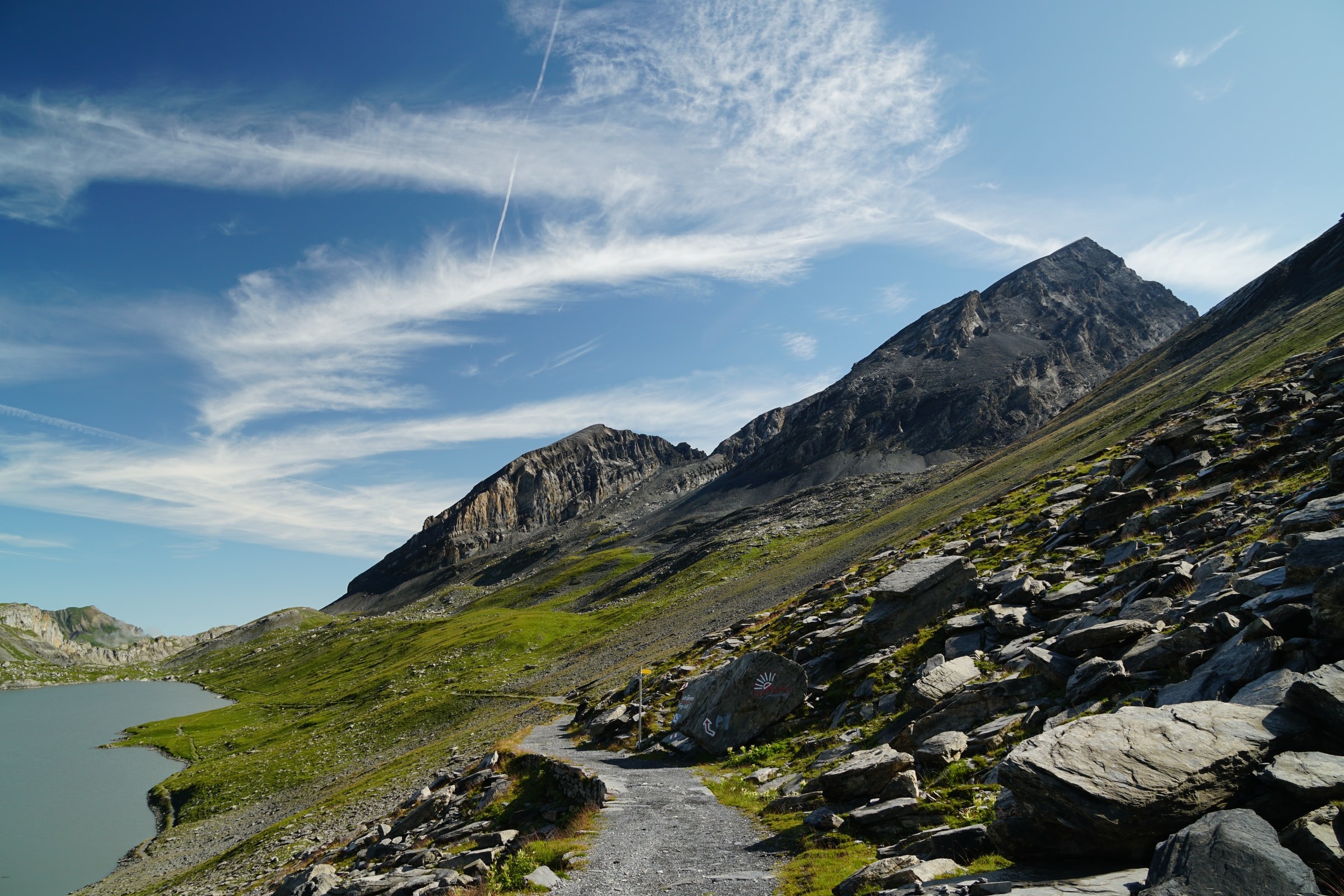 Rock climbing in Leukerbad, Switzerland is a perfect choice for fearless travelers. The climbing route is a path with a very high vertical climbing position. The route length is 999 meters long surrounded by rough rocks. It takes 8-hours full of concentration on looking ahead on this hanging path.

For the hiker who likes hanging, this hiking trail can be a perfect place to spur adrenaline. The very unusual hiking trails are notoriously extreme and very dangerous for climbers. It is not recommended for an amateur climber, anyway. 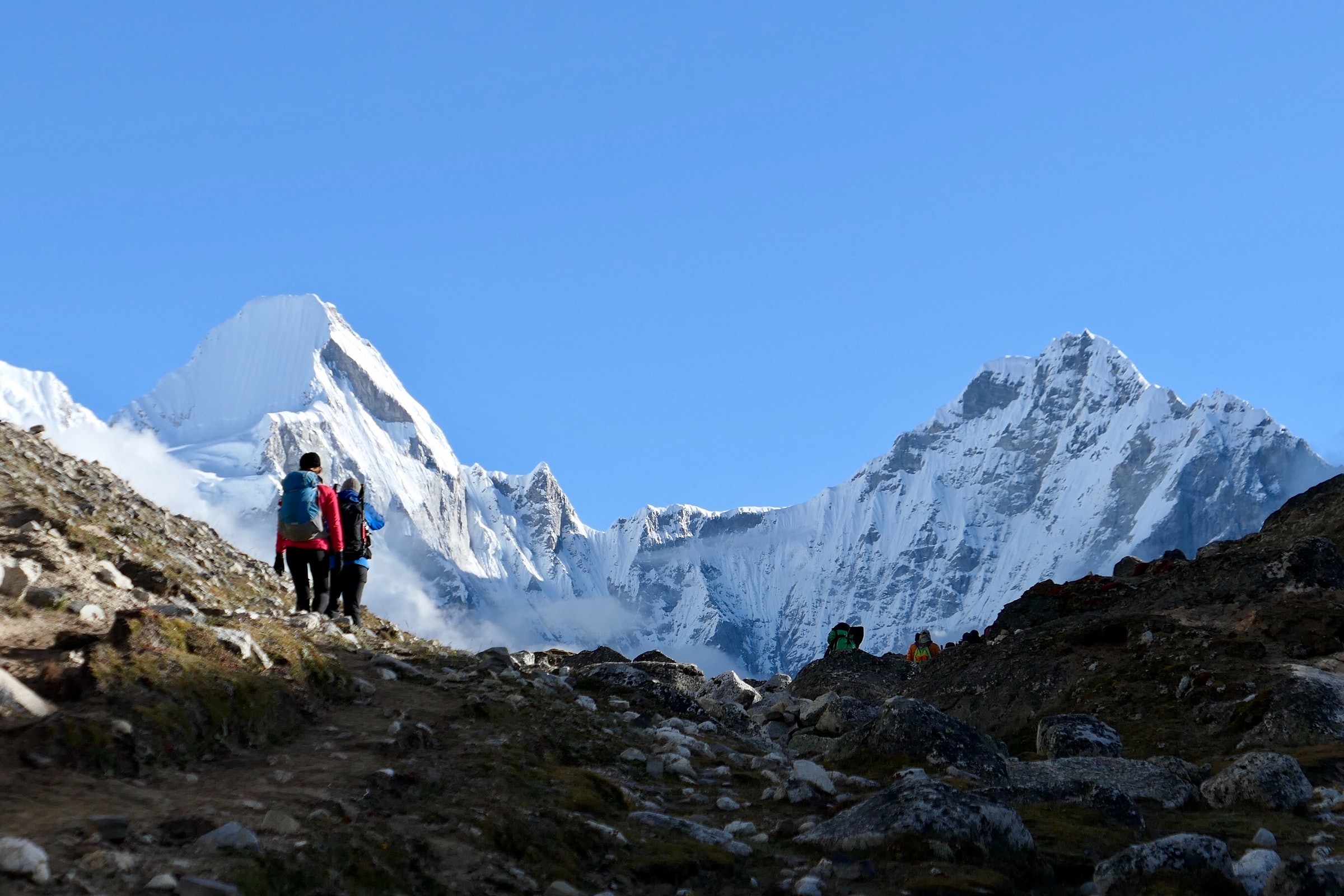 Thanks to Edmund Hillary and Tenzing Norgay who reached the highest mountain on earth. Mountain Everest has a reputation as an expensive climbing destination that needs physical strength. According to some sources, we have to pay around USD 11,000 to obtain a climb permission letter from the Nepal gate.

More than 200 climbers of Mount Everest have died in the summit area since 1922. Those climbers were suffered from health complications due to altitude like heart attacks, strokes, and frostbite, in addition to the threat of frequent avalanches.

There are about 20 climbing routes to the top of Mount Everest, but some people feel more challenged through two main routes, namely from China (North) and Nepal (South). The two paths meet at the great ridge to the top of Everest. K2 mountain, the second-highest mountain in the world with 8,611 meters located on the Pakistan-China border, is said to be more difficult to climb than Mount Everest because of the terrible weather.

The climbers are also to cross glaciers and very steep rocks. Another challenge faced is a path in a series of ice rocks that are easy to collapse.

This mountain has more difficult terrain due to the steep contours of the mountain and its surface mostly is not flat.

K2 Mountain has its nickname “The Man-Eater” because of the difficulty level of climbing. Dare to take this challenge? This hiking trail has a very beautiful view with a very long distance which is about 5,000 kilometers stretching from Monaco to Trieste, Italy, and the winding road through France, Switzerland, Liechtenstein, Germany, Austria, and Slovenia. The travelers will cross the border 44 times.

Four additional lines are shorter considering the main route is too heavy. The additional line consists of the green, yellow, blue, and purple routes if you want a shorter time.

During the climb, you can rest at a village inn or mountain hut. You can do this to lighten the load when climbing. You can also eat the dishes served as well as learn about the local culture. 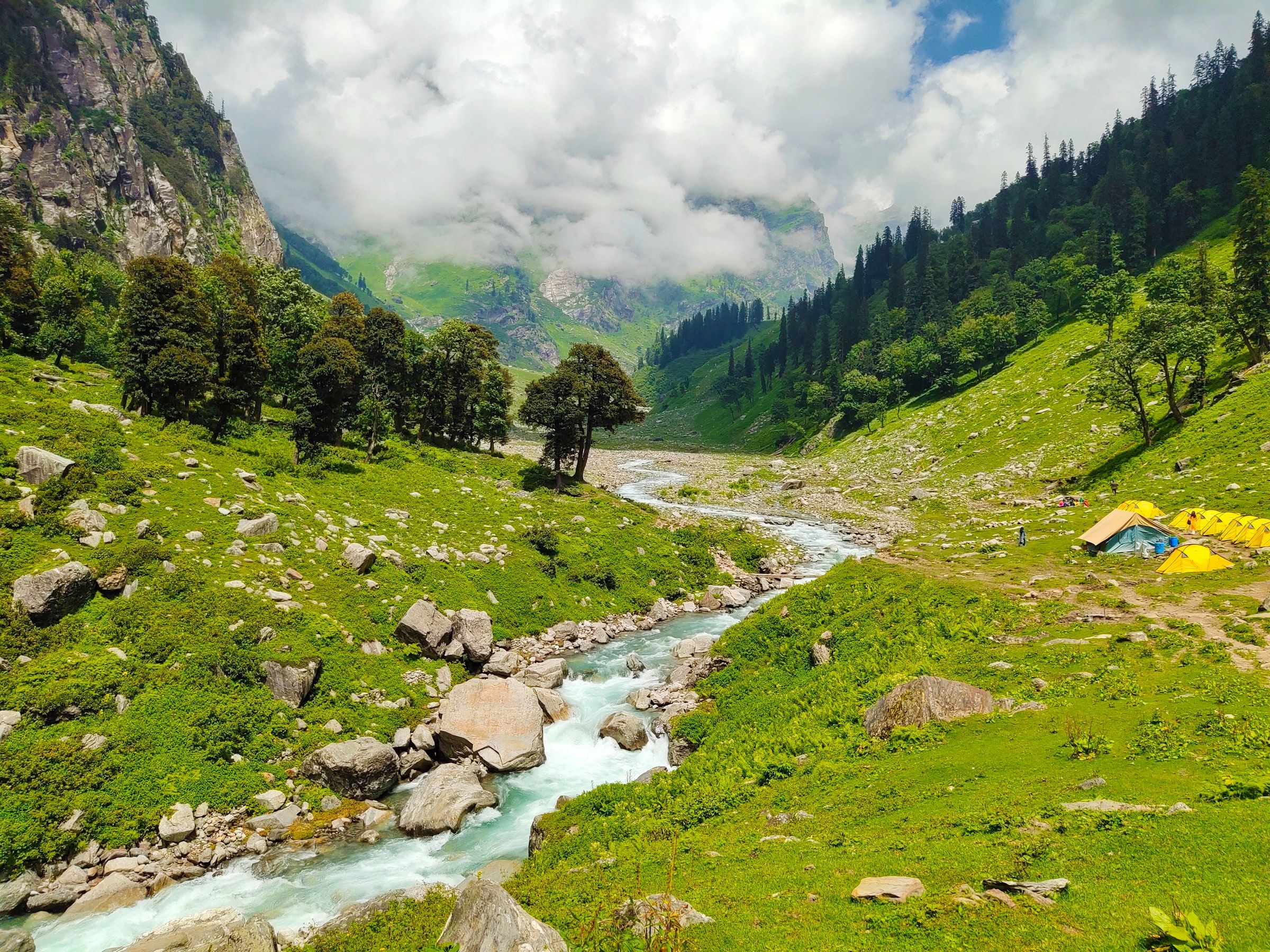 The Great Himalaya Trail has 4,585 kilometers covering the entire Himalayas through several countries like Bhutan, India, Nepal, Pakistan, and Tibet. This hiking trail offers two defying routes where one route has a lower altitude than the second one. However, both routes are considered to have a fairly long distance, ranging in height from 2,000 meters to 6,000 meters.

The first route namely the GHT High Route runs along the summit of the mountain providing many terrific panoramic views for travelers before reaching the top.

The second route is the GHT Culture Route. This route is quite friendly for climbers with a lack of experience. Another plus of this route is we could meet and interact with villagers. 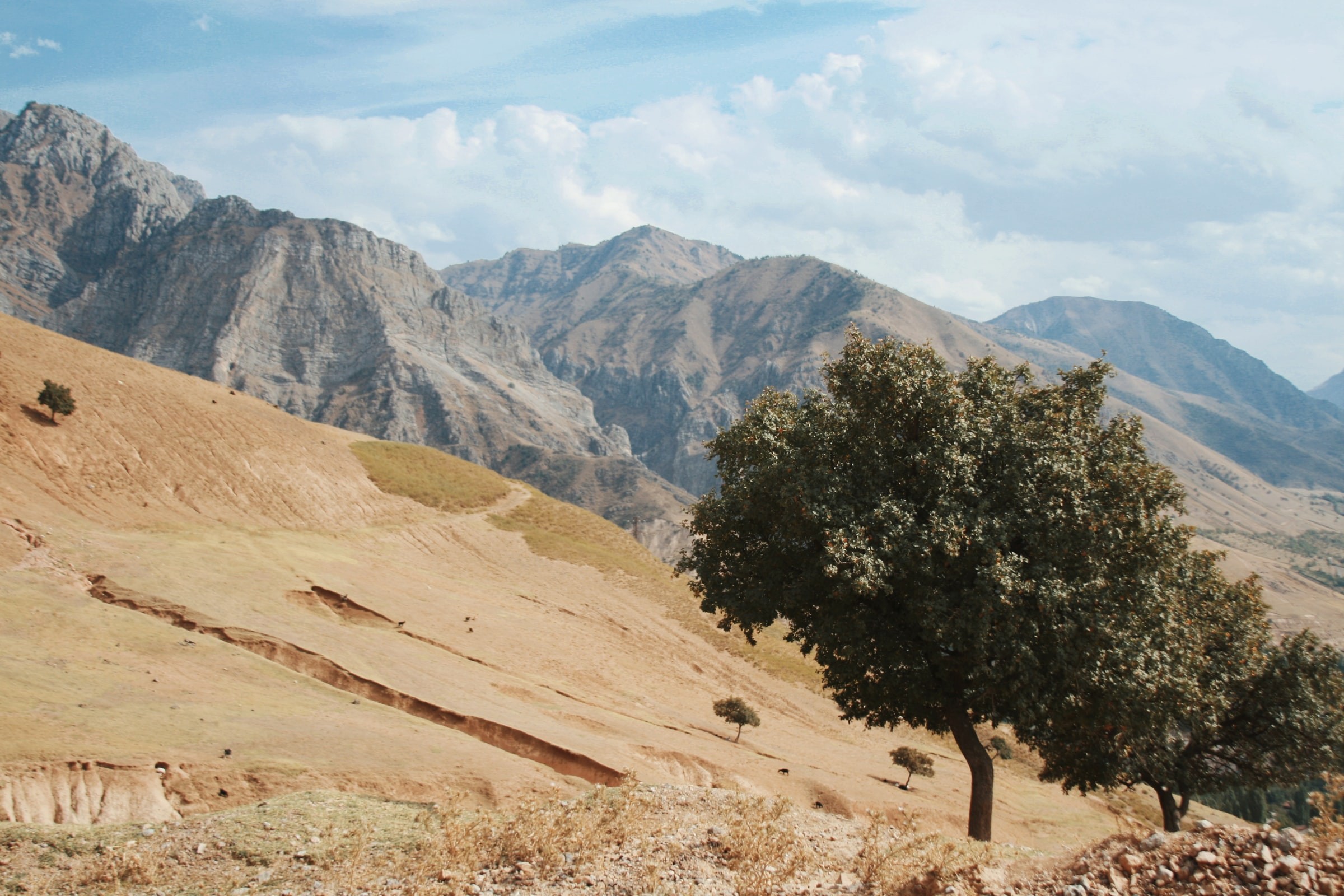 Samarkand is an old city that is included in the UNESCO world heritage list. Samarkand offers a magnificent view of the site of the old buildings that attract tourists.

This site has many historical monuments that are still standing and proof of the glory of Islam in the past. You can find Samarkand’s Turquoise Dome that is a symbol of the city’s beautiful architecture.

Moreover, not far from the turquoise dome, you can take a look at Imam Al-Bukhari Tomb. The tomb was built by adopting combined national and traditional architecture. The complex consists of a tomb, an administrative office, and several historical buildings.

The Pillars of Pompeii were built in 297 AD in the middle of Sarapeum. Some historians said that the pillars are dedicated to Diocletian’s victory over the revolt in Alexandria, Egypt. Diocletian is the Roman emperor.

The 26,85 meter-height pillars are accompanied by two sphinx statues. You will feel like being welcomed by those statues when entering this site.

Some hiking trails and historical tourism spots can be added as your reference in starting world tourist destinations. You could invite your friends or families hiking on mountain trails or old city.