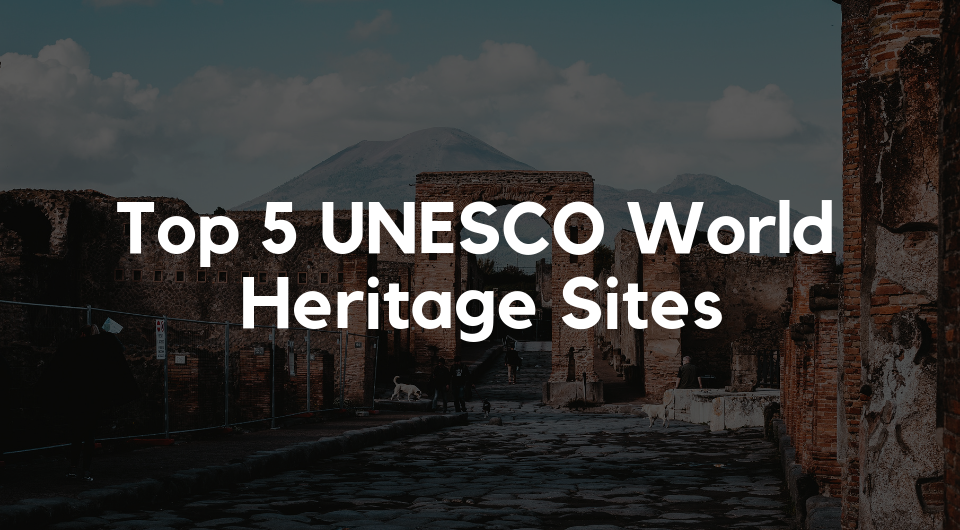 After a lot of deliberation and haggling between the writers, we finally picked our top 5 choices for must-visit UNESCO World Heritage sites! 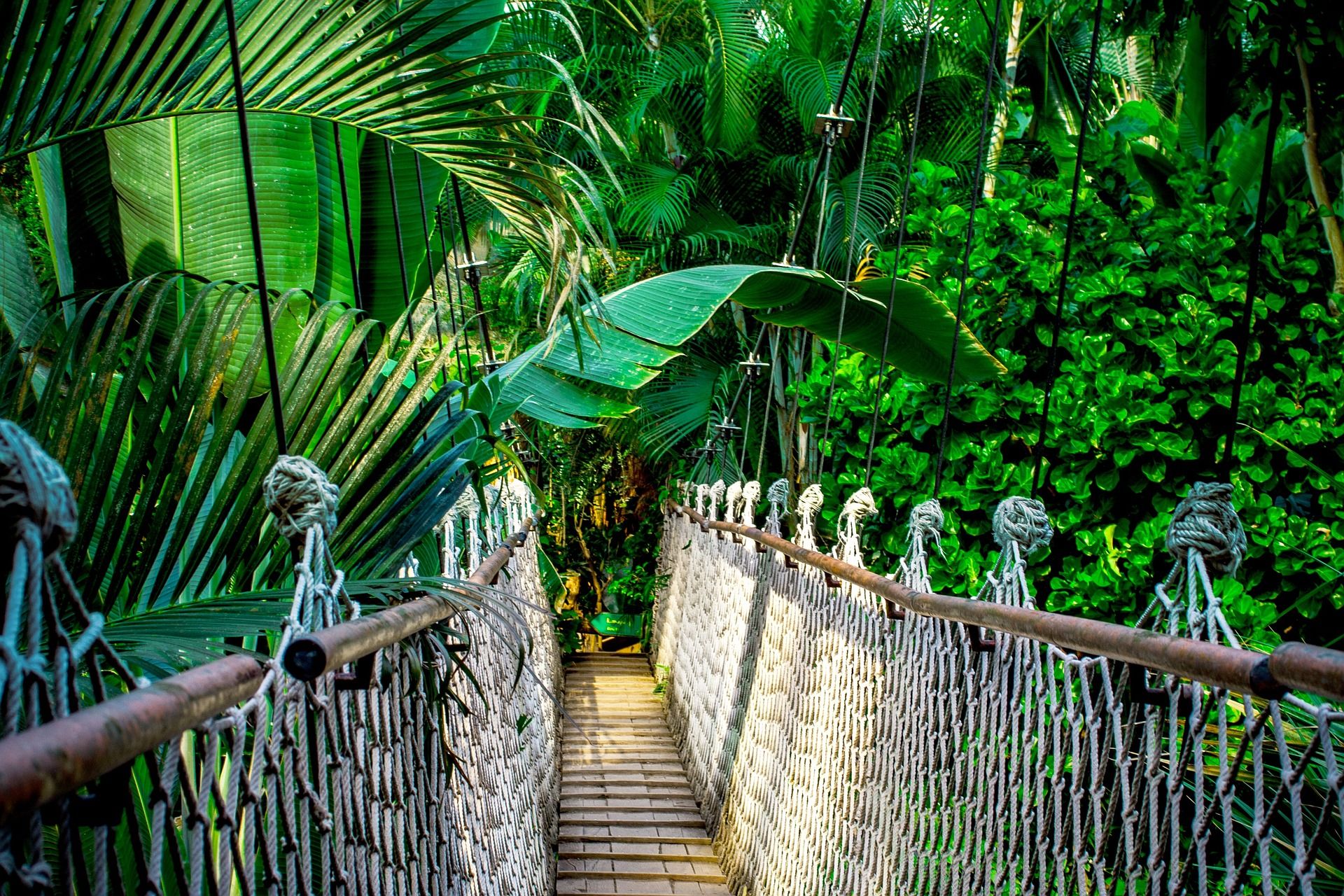 We couldn't compile a list of amazing UNESCO World Heritage Sites without including the breathtaking Amazon Conservation Complex!

Impressive forests, lakes, rivers, and islands all comprise the Central Amazon Conservation Complex. Having unparalleled biodiversity, the Amazon Rainforest is home to the largest collection of living plants and animal species in the world. One square kilometer of the rainforest is said to contain over a thousand types of trees, and in general, the Amazon has over tens of thousands of plant species. There are approximately 800 different species of mammals in the Amazon Rainforest but some of the more uncommon mammals include the Jaguar, the Ocelot, and the Monk Saki. The Amazon Basin is the second longest river in the world and accounts for about 20% of water carried to oceans from regions.

Did you know that one in ten known species in the world lives in the Amazon Rainforest? 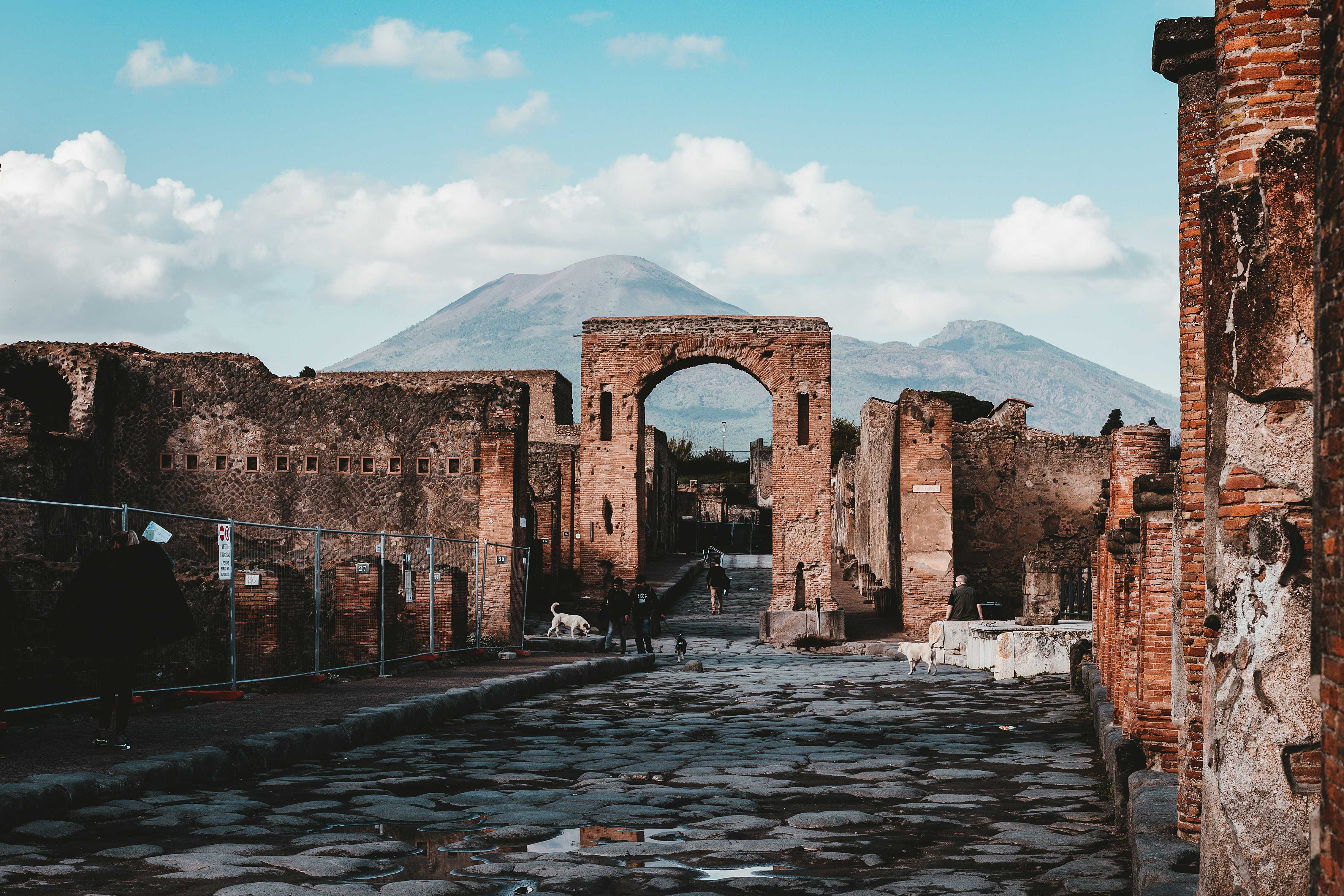 A rich history, mouthwatering cuisine, and an entire city buried for over 1,500 years - we HAD to include Pompeii in our picks!

Lost for over 1500 years and rediscovered in 1749, buried beneath ash and pumice, the city of Pompeii provides an insight into life at the height of the Roman Empire that is unsurpassed. One of the most popular tourist attractions of Italy, Pompeii is a city that was buried after a devastating eruption of the volcano Mount Vesuvius. Remnants of the lifestyle that was led are visible in the plaster casts that can be found throughout the city: casts of people, domestic animals and architectural structures being among them. A large number of artifacts from Pompeii can be found in the Naples National Archaeological Museum.

Did you know that when Mount Vesuvius erupted, the inhabitants of Pompeii did not know that it was a volcano since it hadn't erupted in 1,800 years? 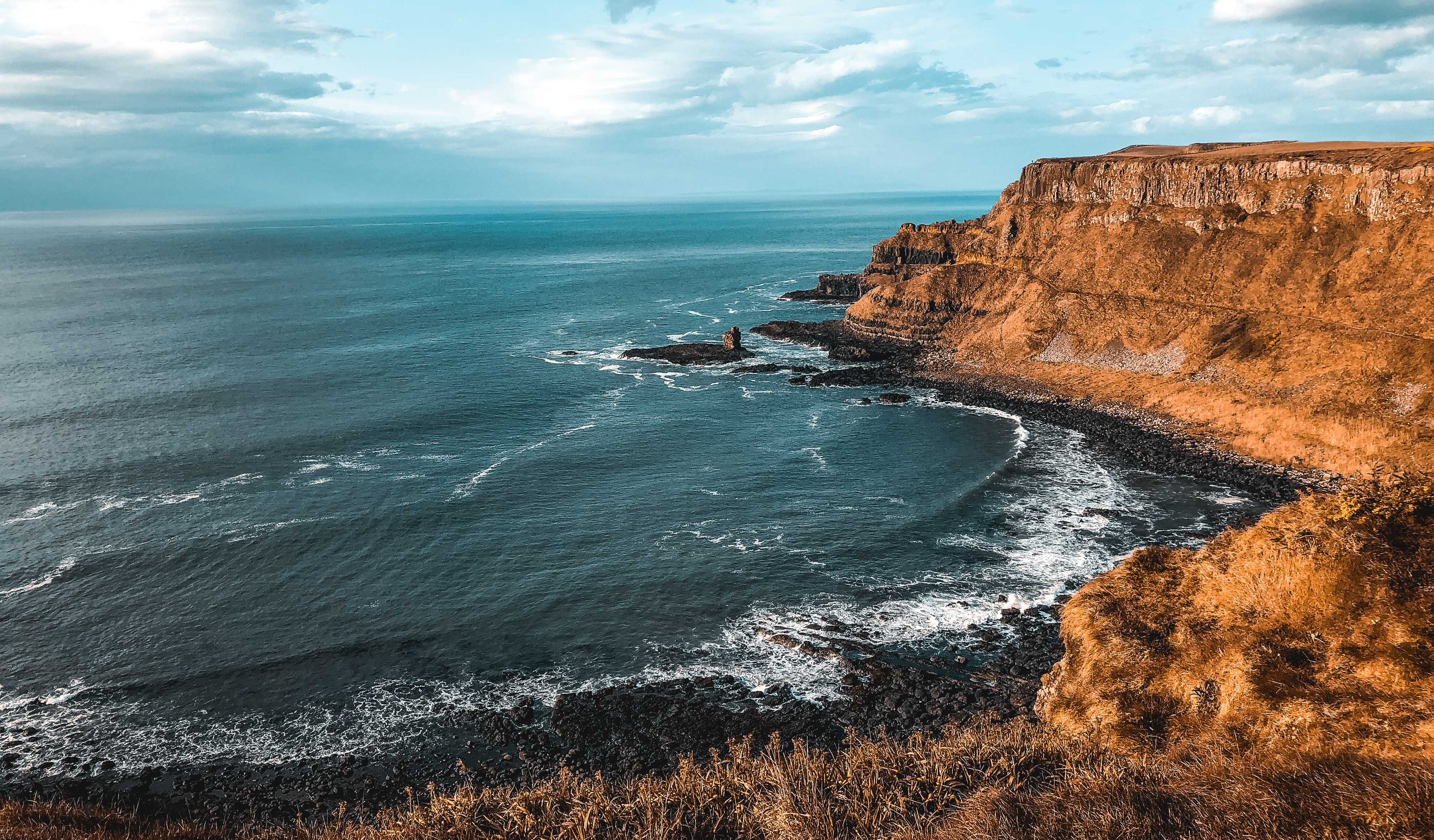 40,000 massive columns protruding from the sea? This is definitely a UNESCO World Heritage Site worth mentioning!

The result of a volcanic eruption, 40,000 interlocking basalt columns can be found in Bushmills, Northern Ireland. Originally part of a great volcanic plateau, the columns are hexagonal in shape and are about 12 meters high at the tallest. There are many legends surrounding Giant's Causeway, including one of an Irish warrior who tricked a nemesis into believing he was a giant by dressing himself as a baby, leaving the nemesis to wonder that if the baby is so large than the father must surely be gargantuan. The nemesis had supposedly torn up the causeway to be sure that the warrior wouldn't follow him as he fled back home.

Did you know that the thickest column in Giant's Causeway is up to 90 feet wide? 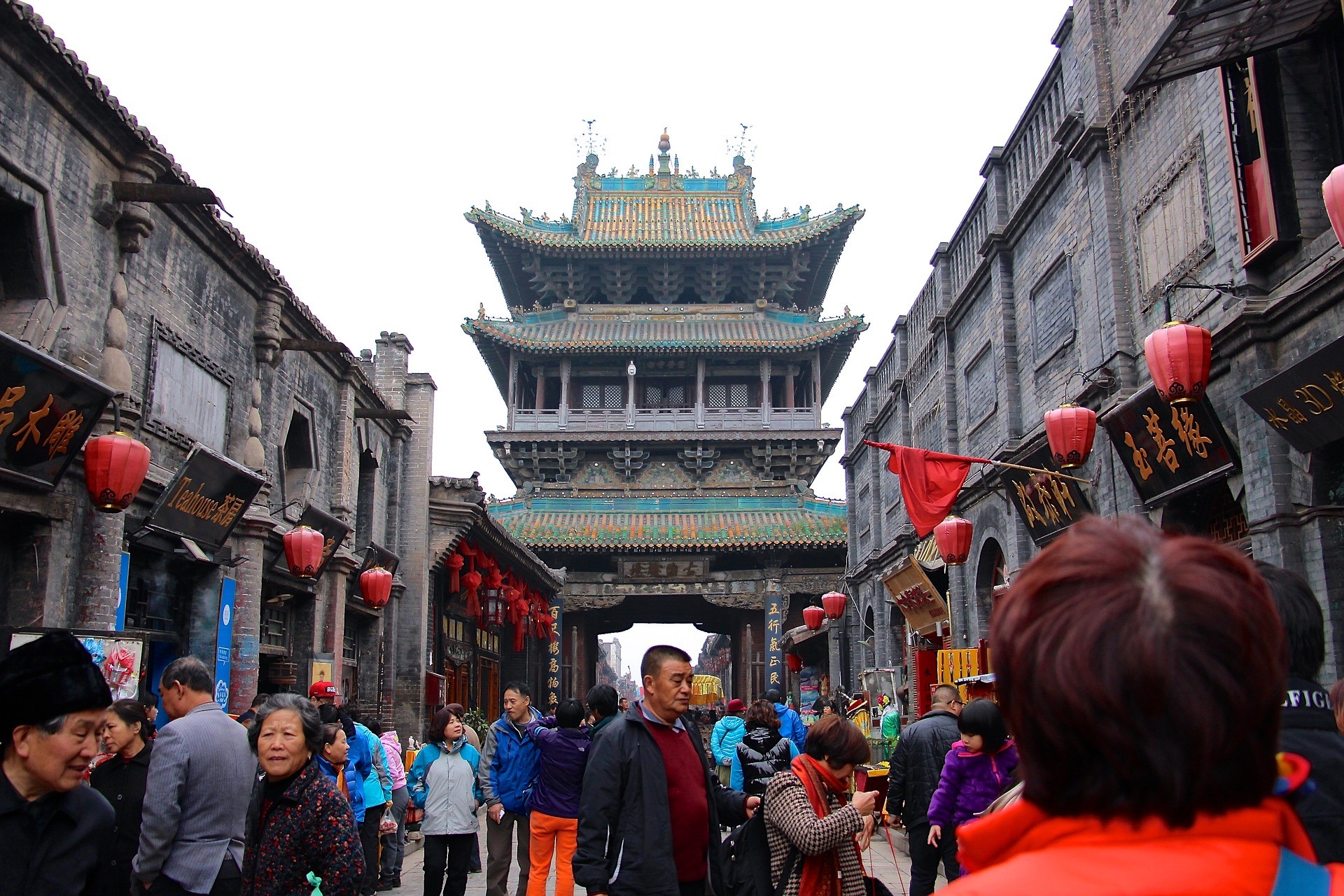 An ancient city in China, Ping Yao is a dream for travelers looking to experience culture, art, and history. Listing this was undisputable!

In the late Ming and Qing Dynasties, Ping Yao was the most important trading and financial center in China. It was home to China's first commercial banks and was even the location of the first checks/ bank drafts that were issued (in China). Displaying some of the most well-preserved Han architecture in the whole of China, the city has the best-maintained city wall with a perimeter of approximately 6,000 meters. Many of the structures on the major streets of Ping Yao display detailed architectural masterpieces with a clarity unbeknownst to other ancient cities.

Did you know that bicycles are still the main means of transportation in Ping Yao as vehicles are restricted in the ancient city?

And, Number 1 on HalalTrip's picks of UNESCO World Heritage Sites is... 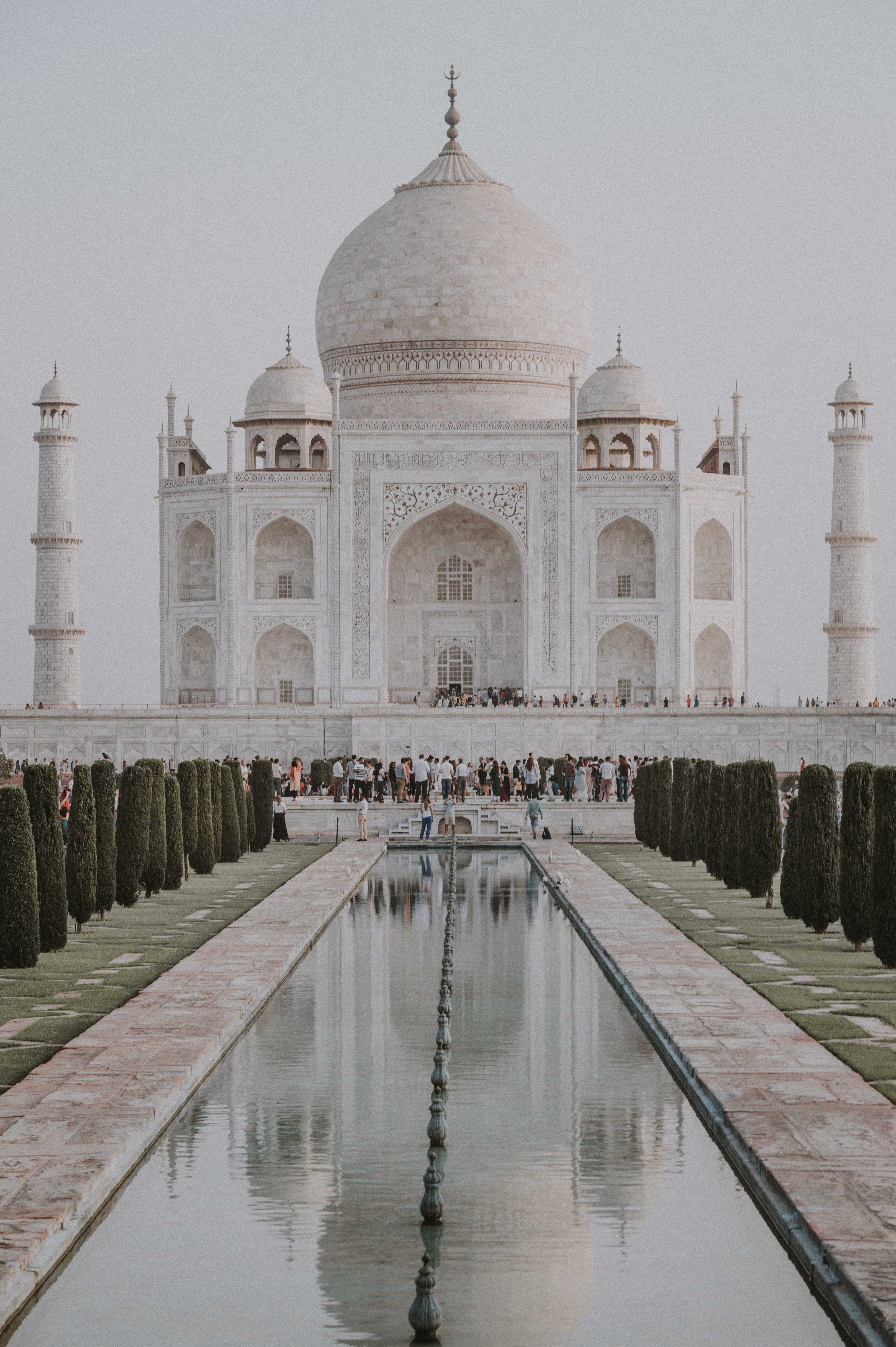 Built by an emperor in memory of his wife, the Taj Mahal is a symbol of eternal love that is a must-visit...or that's what we think.

When his third wife, Mumtaz Mahal, died during childbirth, the Mughal Emperor, Shah Jahan was extremely devastated and grief-stricken. In honor of her memory, he decided on building a mausoleum which now holds the sarcophagi of both Mumtaz and Shah Jahan. Over 20,000 laborers and 1,000 elephants were utilized during construction, and materials were transported from around the world to aid its completion.

Comprising the tomb, the gardens and the outlying buildings, each part of the Taj Mahal concluded construction at various times and took approximately 22 years. One of the best features of the Taj Mahal is the exterior decoration of the tomb which is covered with passages of the Quran that have been carved into the outer walls.

Did you know that an identical Taj Mahal was supposed to be built in black marble instead of white? The base of it can still be seen across the river from the tomb.