You'll Be Surprised To Find That These North America Destinations are Muslim-Friendly! 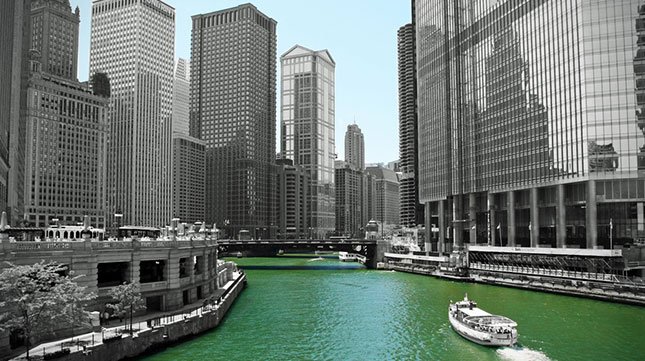 As Muslim travelers, we are over the idea that traveling as a Muslim is challenging. Over the years, destinations have started to become more Muslim-friendly, especially with the rise of Halal restaurants. These cities have a sizeable Muslim population thus giving Muslim travelers a peace of mind when it comes to locating Halal food and mosques.

Read on to find out our top 4 Muslim-friendly destinations in America.

Located in the city of Texas, Houston is a large city consisting of a population that comes from various ethnic and religious backgrounds. In recent times, the city has seen a growth in its international community, partly made up of Muslims from Asia and the Middle East. These immigrants brought with them culture, cuisine, and religion.

Muslims visiting Houston will not only be able to find things to do and see in the city, but they will also find it easy to locate Halal restaurants, smaller eateries and roadside carts selling a wide range of dishes from all around the world. Halal Jones Fried Chicken, Dimassi’s and Tempura Grill, are a few of the fifty-plus Halal restaurants said to found in the city.

If Muslim tourists are in need of a mosque, they can visit some of the prominent ones in the city such as; Masjid Elfarouq Islamic Center, ISGH Islamic Society of Greater Houston, Masjid Al-Rasool Al-Akram and Muhammadi Masjid. Muslim visitors can also ask the locals for locations of Halal restaurants, Mosques and other Muslim-friendly facilities within the city.

New York is the most populous city in the United States and one of the most popular destinations, in the world. It is home to The Statue of Liberty, the Empire State Building, Central Park and well-known shopping destinations like SoHo, Chinatown and Greenwich Village. It is also a giant melting pot and home to people from various ethnic and religious backgrounds, including Muslims from all over the world. All five of New York’s boroughs; Manhattan, Brooklyn, Bronx, Queens and Staten Island, have Halal restaurants, supermarkets, street carts, and more upscale restaurants. Muslims visiting the city can use the prayer facilities at any of the several mosques that the city has to offer, namely; The Islamic Cultural Center of New York, Masjid Al Farouq, Masjid At-Taqwa and the Islamic Center at New York University.

Chicago, also known as The Windy city is another must-visit when in America. It is a hub for finance, commerce, technology, telecommunications, and transportation and is home to the O'Hare International Airport, which is the second-busiest airport in the world. As in the cities mentioned above, Muslims make up a sizeable amount of the population in Chicago. Muslims visiting the city are likely to find it easy to locate Halal restaurants and mosques. They will be able to find restaurants serving authentic, Halal Asian, Middle-Eastern, Mediterranean, French and even Western food. The Dar Al-Hadeeth Masjid, the Downtown Islamic Center, the Chicago Islamic Center, Makki Masjid Inc, Al Sadiq Mosque, are all mosques that serve the Muslims of Chicago.

Washington D.C, the capital of the United States is home to many art galleries, memorials, museums and national monuments; including the White House, the United States Capitol and the Washington Monument. Other must-visits when in the city are; the National Mall, the Library of Congress and The National Zoological Park. Muslims visiting Washington will be spoilt for choice when it comes to finding Halal-friendly restaurants. The Muslim community in Washington is diverse and this is quite obvious in the restaurant options available. Muslims tourists will be able to find Indian and Pakistani food as well as Sudanese, Ethiopian and Bangladeshi places to dine at. There are plenty of mosques in the city, and the following are just a few of the many; the Islamic Mosque and Cultural Center, Masjid Muhammad, Masjid Ahlul Quran Wal Hadeeth, and the First Hijra Muslim Community Center.