Top Things to Do During a Visit to Cairo 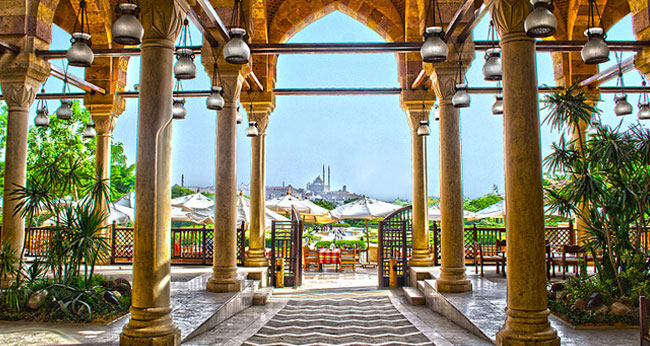 Set on the Nile River, Cairo is the sprawling capital of Egypt and has ancient origins that date back to the time of the Pharaohs. We have compiled a list of some of the top things all travellers should do when visiting Cairo.

Visit the Pyramids of Giza

One of the World's Seven Wonders, the ancient Pyramids of Giza date back to 2700 BC and are some of the largest constructions in the world. No visit to Egypt is complete without a visit to these majestic structures that rise high above the cityscape. The Great Pyramid of Khufu, Pyramid of Khafre and Pyramid of Menkaure are some of the most prominent pyramids that are truly worth a visit.

Khan el-Khalili is an open-air marketplace that is amongst the city's most popular attractions. The bazaar district dates back to 1382 when it was first founded and is presently one of the world's oldest and greatest covered markets. Visitors will be able to find a wide variety of items for sale at Khan el-Khalili – ranging from garments to gold to various ornaments. Travellers will also be able to visit other prominent attractions in the area such as the Salah El-Din Citadel, the Mohamed Ali Mosque, the Mosque of Ibn Tulun and several other archaeological sites and treasures.

Local food is a must-try when travelling in the city. Authentic Egyptian cuisine is readily available across Cairo, with Halal food being served everywhere. Typical Egyptian dishes include Ful Medames consisting of mashed fava beans, Koshari - a mixture of lentils, rice, pasta, and other ingredients, Molokheyya - chopped and cooked bush okra with garlic and coriander sauce, and Fetir Meshaltet – a traditional Egyptian short crust pastry.

Watch the sunset from the Mokattam Cliff

Mokattam Cliff is one of the best spots in the city to catch a glimpse of the beautiful sunset over Cairo. Rising about five hundred feet above the ground, Mokattam Cliff is considered to be the most prominent mountain of Cairo and is located towards the east of the city.

Other must-try activities include exploring the Old City of Cairo – also known as Coptic Cairo, setting off on a cruise along the Nile rive – the longest river in the world, as well as diving at Egypt's beautiful Red Sea Reef.

In addition to numerous sight-seeing opportunities, Muslim travellers will also be able to find plenty of Muslim-friendly facilities in Cairo.

Click here for a Muslim-friendly city guide to Cairo