Top 6 Things to do in Mindanao, Philippines

With over 7,000 islands, the Philippines has a lot to offer for tourists from all walks of life, and one of them is Mindanao. Nicknamed as the ‘Land of Promise’, the archipelago’s second-largest island has plenty of unspoiled riches to explore.

While it is part of Asia’s only predominantly Catholic country, Mindanao’s Islamic origins lingered, making it a perfect #TravelGoals for Muslims. In this blog, we curated the 6 best things to experience in the Land of Promise.

Every Muslim traveler planning to visit Mindanao must not pass the opportunity to visit the Philippines’ largest and grandest Mosque, the Grand Mosque of Cotabato, or the Sultan Haji Hasanal Bolkian Mosque.

Built last 2011, it was named after Sultan Hassanal Bolkiah who, as of 2021, is the current Sultan and Prime Minister of Brunei. The Sultan helped fund the construction of this palace-like Mosque which can hold at least 15,000 people and is the second-largest in Southeast Asia.

The Mosque was designed by Palafox Architects, the Philippines’ renowned group of architects and urban planners. Its minarets, the tallest ones standing up to 43 meters tall, light up every night and are said to have helped with pilots’ navigation.

Often dubbed by many historians as the last ‘Islam outpost’ in the Philippines, traces of Muslim roots are not only abundant but also continually thrive in harmony with other cultures in Mindanao.

2. Immerse in history at Dapitan City 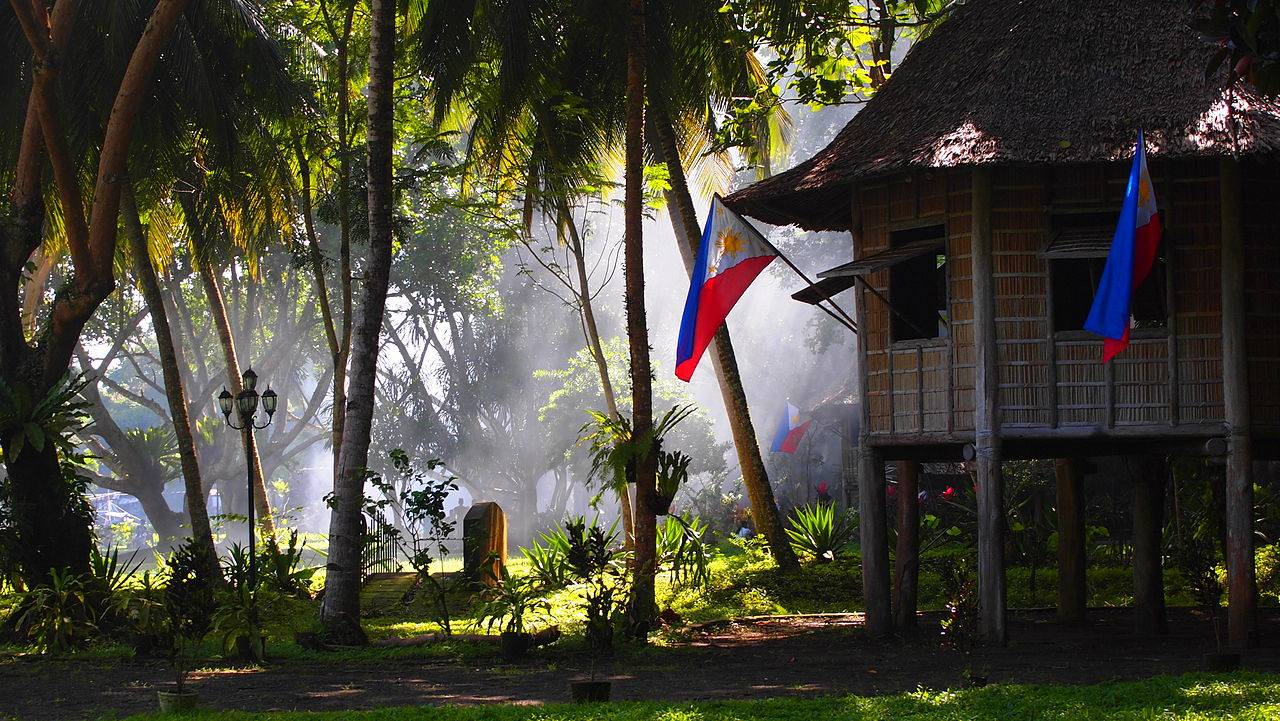 This humble city in Zamboanga del Norte of northwestern Mindanao has a lot of stories to tell to visitors. Over a century ago, Spanish colonizers exiled Jose Rizal, the Philippines’ National Hero, in Dapitan City after the publication of his novels which would eventually influence Filipinos to mobilize for the country’s independence.

Exploring Dapitan Heritage Zone and the Jose Rizal Memorial Protected Landscape is a great day-trip for anyone who wants to experience a semblance of Mindanao life under Spanish rule and get a glimpse of Rizal’s last years altogether. Most of these come for free, too.

While Dapitan City has no airport as of the moment, its Port caters to direct sea trips from major hubs in Cebu and Metro Manila. Alternatively, you can book direct flights from Manila to nearby Dipolog City and take a two-hour bus ride from there. 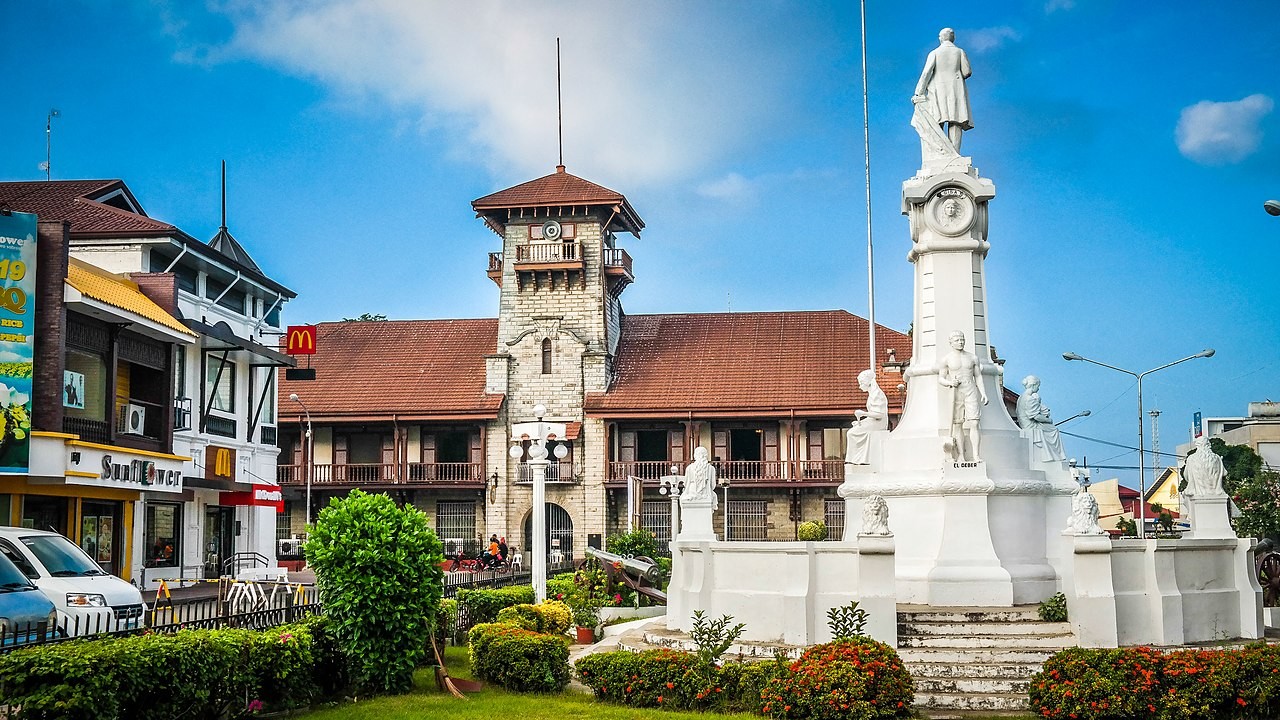 Tagged as ‘Asia’s Latin City’, Zamboanga City in southwestern Mindanao lives up to its moniker. You can find not only warm locals who speak in a Spanish-based creole language called ‘Chavacano’ but also perfectly preserved buildings dating back to the Spanish colonization era of the Philippines.

As a melting pot of culture, modern-day Zamboanga City hosts a mixed population of Catholics, Muslims, and ethnic tribes, so you can search for Halal restaurants and Mosques without too much fuss.

Zamboanga City also recently grabbed the attention of beach-lovers when National Geographic named Grande Santa Cruz Island as one of the world’s best 21 beaches in 2017. Its winning feature? A pink-tinted coastline made possible by remnants of Red Organ Pipe Corals. 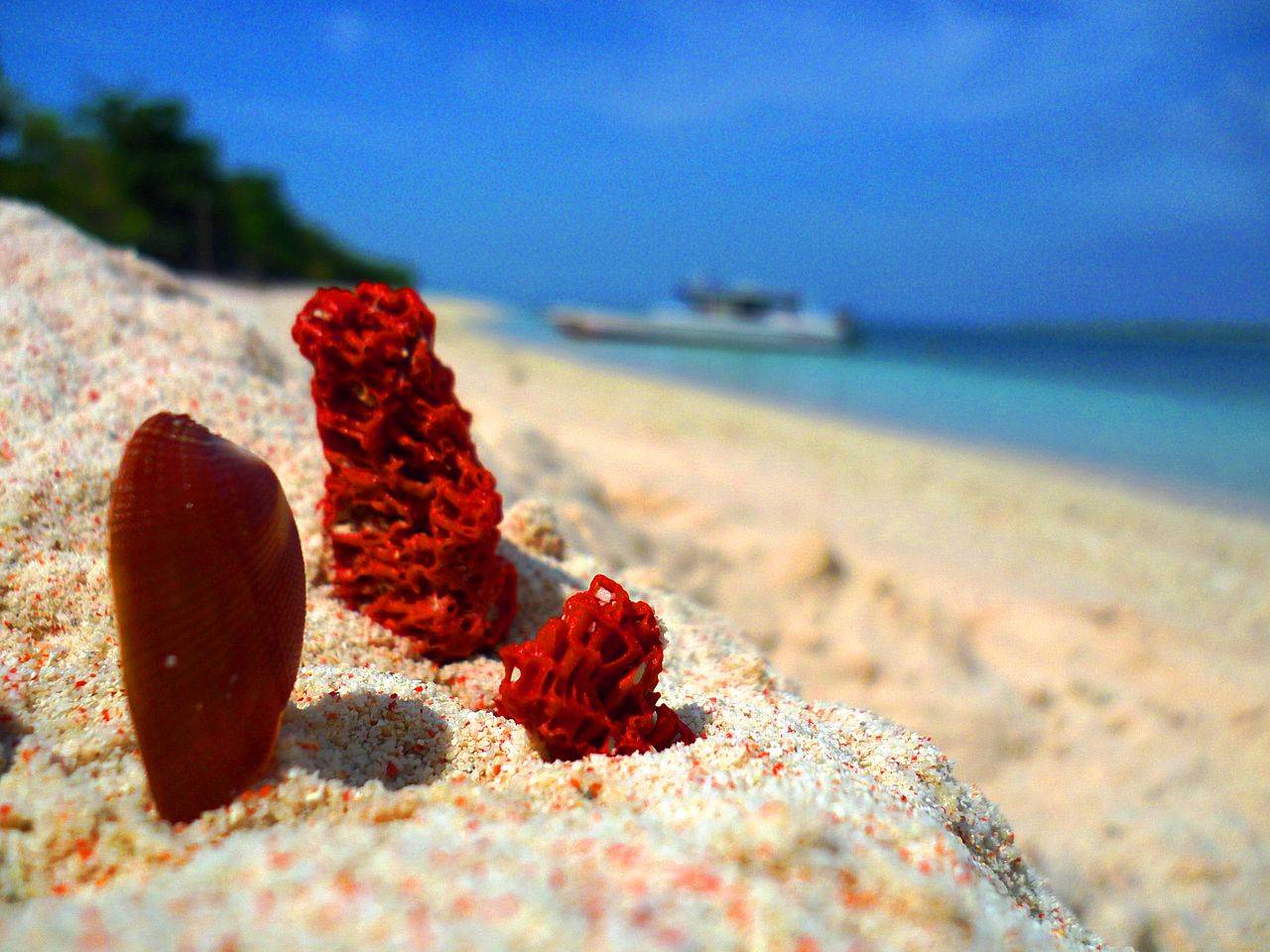 When visiting Grande Santa Cruz Island, take a tricycle (or motorcycle taxi) to Paseo Del Mar. From there, you can ask locals the location of boat owners who are willing to ferry you to the island and back, for a minimum fee of P1,000 (roughly US$20) per trip. Depending on their sizes, boats can accommodate up to 10 people. Arrangements before your arrival are advised as the local government imposes a limit on the number of tourists allowed to visit the island.

4. Relax in the highlands of Bukidnon 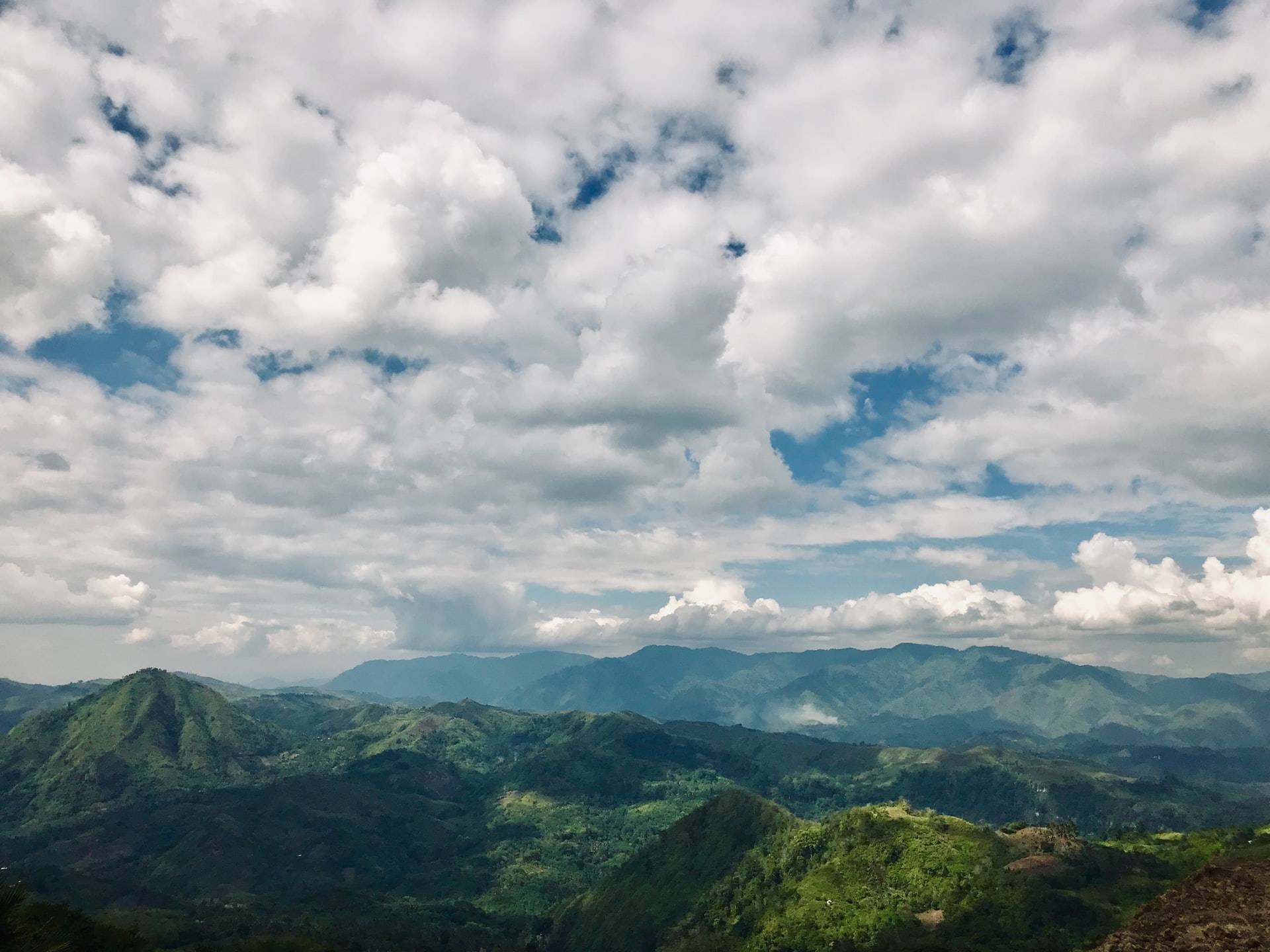 Smacked at the heart of Mindanao is Bukidnon, which means ‘mountain dweller’ in English, and it boasts one of the greenest horizons in the country.

Once you’re there, you are wrapped around with endless waves of magnificent, mountain ranges and refreshing, highland air.

There are multiple overview parks scattered throughout Bukidnon that offer breathtaking views for free. But if you want some privacy to yourself while indulging in local delicacies, Muslim-friendly mountain or farm resorts, and quaint cafes featuring picturesque scenes of Bukidnon are now popping up like flowers in a field.

Below are some of Bukidnon’s most popular establishments for tourists. 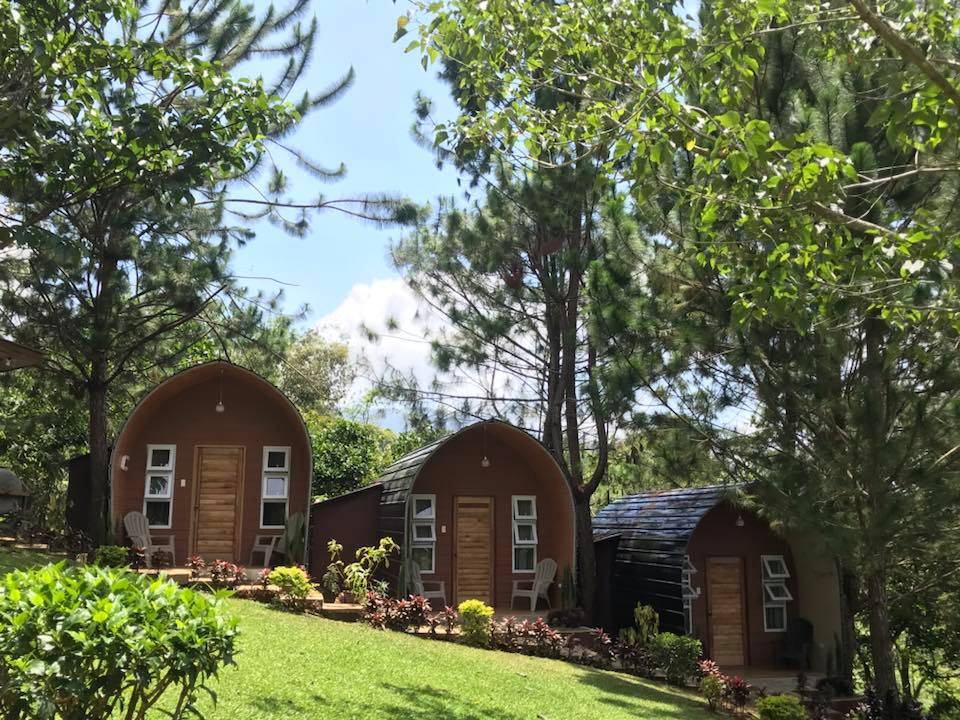 Inter-provincial buses from Cagayan de Oro City, Butuan City, and Davao City have routes passing through or headed to Malaybalay City and Valencia City, the two largest cities in Bukidnon. A one-way fare ranges from around P300 to P600 (US$ 6 to US$12), depending on the distance traveled.

As a highly urbanized city, you can expect a cosmopolitan lifestyle in Cagayan De Oro City. Being the center of commerce and trade activities in Northern Mindanao, people from different parts of the island mainly go to this city for business.

In turn, luxury hotels, high-end boutiques, shopping malls, and international restaurants flourished. And tons are offering Halal food so you don’t have to worry about looking for one.

We highly suggest checking out the areas within and surrounding Divisoria Plaza as food shops are mostly concentrated there, or download the HalalTrip app to help you locate Halal-certified restaurants near you.

Cagayan De Oro City is easily accessible through Cagayan De Oro Port and the Laguindingan International Airport.  From the airport, you can take vans-for-hire and pay a minimum fare of P200 (US$ 4) per person.

6. Up close with the ‘Rarest and Most Powerful Bird’ in the world 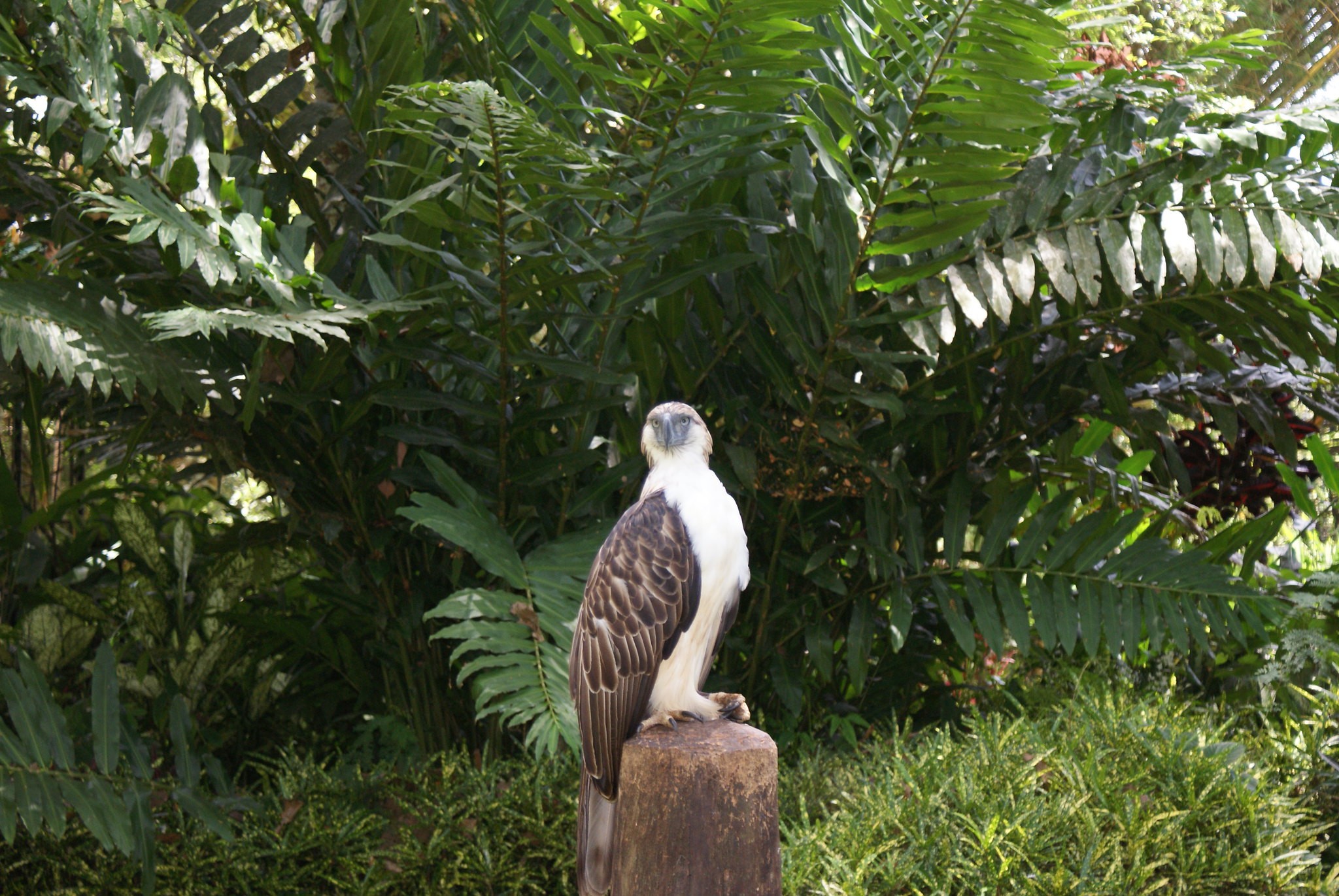 The Philippine Eagle, the ‘rarest and most powerful bird of prey' in the world, can only be found in the islands of Luzon, Leyte, Samar, and Mindanao.

A raptor endemic in the Philippines, it is so rare to spot one in the wild as conservationists struggle to bring their population to healthier numbers.

A quick visit to Davao City’s Philippine Eagle Center (PEC), located around the foothills of Mount Apo, you can learn and appreciate more about one of the largest extant eagles on earth - and up close.

Davao City has its international airport, Francisco Bangoy International Airport. From there, you can hail a cab to take you to the Philippine Eagle Center (PEC). However, being the Philippines’ largest city in terms of land area, the trip to PEC from the airport could span at least one hour and taxi meters can run at least P500 (around US$7), depending on the traffic and road drivers will take.

You can also find tourist vans-for-hire or private airport transfers which are roughly around USD17 and are highly recommended especially if you visit Davao City with a group. Operators can also offer side trips within the city.

For more tips and Muslim-friendly travel guides in Mindanao and the Philippines, you can always find them at Halal Trip.