2021 is at its end. As has become a ritual for us to welcome the new year, most people will celebrate it. Whether it's a small party, or a trip to a place with the family while enjoying a different atmosphere.

So, travelers, how about you? Is there a schedule for a vacation to welcome 2022?

As a guide, HalalTrip presents some tourist attractions in the world that are rarely exposed but have a million beauties. 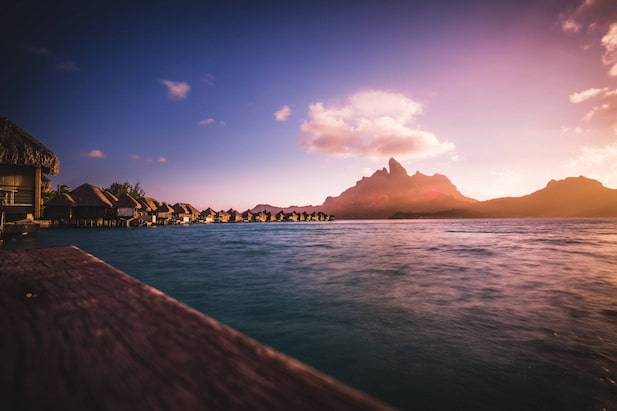 This island is located in the Southern Pacific Ocean, with an area of about 4,000 kilometers. Among the islands, there are the islands of Tahiti, Huahine, and Bora-Bora. In this place, there are dozens of beautiful inns, flanked by the ocean.

In addition, the beauty of Polynesia is so amazing. Most of the islands in this location are surrounded by lagoons. Therefore, this place is an ideal location for lovers of water entertainment.

Apart from scuba diving or snorkeling in the lagoon, you can also rent a boat for deep-sea fishing. If you are lucky, you can meet hordes of dolphins and whales from the island of Moorea.

Polynesia also has a variety of attractions that tourists can try. If you are bored playing water in the sea, you can do historical tours in some places such as Tiki Village Culture, Point Venus, Arahurahu Marae, and many more.

The island of Crete has been named the largest island in Greece. Even the most beautiful beaches in Greece are in the northwestern part of Crete, namely Balos Beach. Although this beach is in a very remote area, its beauty is second to none.

This island in the Mediterranean Sea has witnessed the history of World War II when Nazi German troops attacked Greece and forced the country to surrender. In addition, there are various interesting heritage buildings from the Venetian Republic and the Byzantine Empire that are still standing today.

There's Frangokastello Castle. This building is a castle located in the south of the island of Crete, precisely in the Chania region, east of Hora Skafion. This building is a relic of the Republic of Venice, which was built from 1371-1374. In addition, this castle is also a witness to the history of the Greek war of independence from the Ottomans in 1828.

Meanwhile, this island also has Aptera or Apteron. This historic site is located 13 km east of Chania City on the northern island of Crete.

This building was founded in the 13th to 14th centuries BC by the Minoans. This ancient city has various interesting heritage buildings such as places of worship, as well as a small theater with the buildings still intact.

Starting in Sydney, Brisbane, and ending in Melbourne. As you may know, these are already very popular tourist destinations. There is one city in Australia that is rarely heard about, yet it has a long history.

It is Hahndorf. Historically, this city was a German residential area that was visited by Lutheran immigrants in the 19th century.

In this city, you can see a variety of traditional architecture, collections of antiques. The old-fashioned knick-knacks sold in the street shops of Hahndorf, for instance. 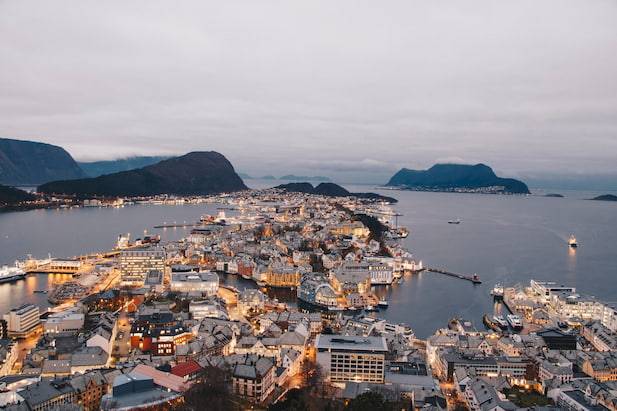 Alesund lies at the end of the Western Fjord in Norway.

With the backdrop of the Sunnmøre mountains, this is an incredibly beautiful area that stretches across the Atlantic Coast Islands.

Stunning views of the city of Alesund and the Sunnmøre Alps can be seen from above. Every year, the Norwegian Food Festival is held in the city.

Among the most popular destinations in this city are Fjellstua Viewpoint and Atlantic Sea-Park.

Tourists will definitely visit Bangkok, Chiang Mai, and Krabi when they visit Thailand. Yet one city is often overlooked. Comparatively speaking, this city is not less interesting than those three big

The city's name is Pai City. Serenity, beauty, and the hospitality of the local people can make the heart glad in this city. Many tourist attractions are also available in Pai.

Pai was once just another village in northern Thailand that wasn't well-known. As a result, the village has become popular, part of the Mae Hong Son circle.

A remote island in the southern Atlantic Ocean, Saint Helena is 2,800 km west of the coast of Angola. This island is rich in history.

Napoleon Bonaparte was exiled here from 1816 until his death in 1821.

Galapagos is another name for this one place in the south Atlantic. It also offers hiking trails that will make your trip less difficult for hikers.

Visitors can also snorkel with giant whale sharks. The island is home to 750 marine species, in addition to whale sharks. There are pantropical spotted dolphins as well as acrobatic dolphins.

In addition, there are several hundred turtles, humpback whales, rays, and bottlenose dolphins.

It is quite remote, so you have to use a ship to reach the island with an area of about 86 square kilometers. It is halfway between Brazil and South Africa. 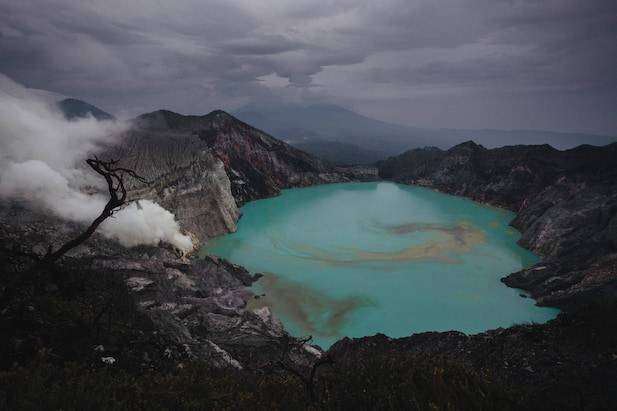 The Ijen Crater is one of the top tourist attractions in Indonesia. East Java's unique crater is situated between Banyuwangi and Bondowoso regencies.

Ijen Crater Lake has an elliptical shape and is 45 hectares in size, with a diameter of 950 meters and a depth of 176 meters.

It takes 1.5 hours for those who are accustomed to climbing to see and enjoy the beautiful bursts of blue fire at 3.8 kilometers. For novice climbers, the climb usually takes two hours.

You can, however, use a human-powered taxi instead of walking to make the climb. In this case, sulfur miners with open rickshaws will be driving service users.

Generally, they're helpful. You can chat with them as you walk. However, there is a charge. It is IDR 800,000.

The Solomon Islands are an island nation in the South Pacific Ocean east of Papua New Guinea. In this archipelago, there are about 992 islands spread over 28,450 square kilometers.

Solomon Island offers a wide range of interesting tourist attractions. It is, however, rarely visited by tourists.

Marovo Lagoon is a large saltwater lagoon in New Georgia, north of Vangunu Island, that is a must-see when in the Solomon Islands.

It is home to numerous dive sites. You will see amazing fish and coral reefs here.

You can dive between three islands in the southern part of the Marovo Lagoon, namely Kicha, Mbula, and Male-Male.

As you travel north, you will be able to view a number of coral reefs that are so beautiful.

Marovo Lagoon is not the only place to visit. Roviana Lagoon, Rennell and Bellona Islands, and Kennedy Island are no less interesting.

Gudauri is one of Georgia's most interesting tourist destinations. The scenery at this location is as enticing as those at tourist attractions in other countries.

Gudauri is a mountaintop town. Often, this location is used by paragliders to enjoy the breathtaking mountain views.

Well, if you are on vacation during the snow season, you can use a cable car to go to the ski resort.

The Marshall Islands, a small country in the middle of the Pacific Ocean, is home to the Bikini Atoll. It is considered to be almost as picturesque as the Atoll in the Maldives, which is a coral reef shaped like a ring.

According to the story, the beauty of Bikini Atoll astonished John Marshall, an American sailor who landed on this island.

However, the Marshall Islands face extinction. Therefore, you should visit this small and beautiful country immediately.

Now, it's up to you to decide. Where will you travel at the end of this year? Tell us in the comments down below!