5 Traditional Bazaars You Must Visit In Istanbul [Video]

By Halal Trip | 21, Jul, 2017
When someone talks about Istanbul, without a doubt he would start with the shopping culture of the city. Even though there are plenty of fancy and luxury streets and shopping centers nowadays, there also unique shopping hubs which have been alive for a long while. Here is a list of 5 traditional bazaar you must visit while you are in Istanbul.

Credits - giphy.com
Tip to note: There is one important thing you should never miss while visiting these bazaars – Bargaining. 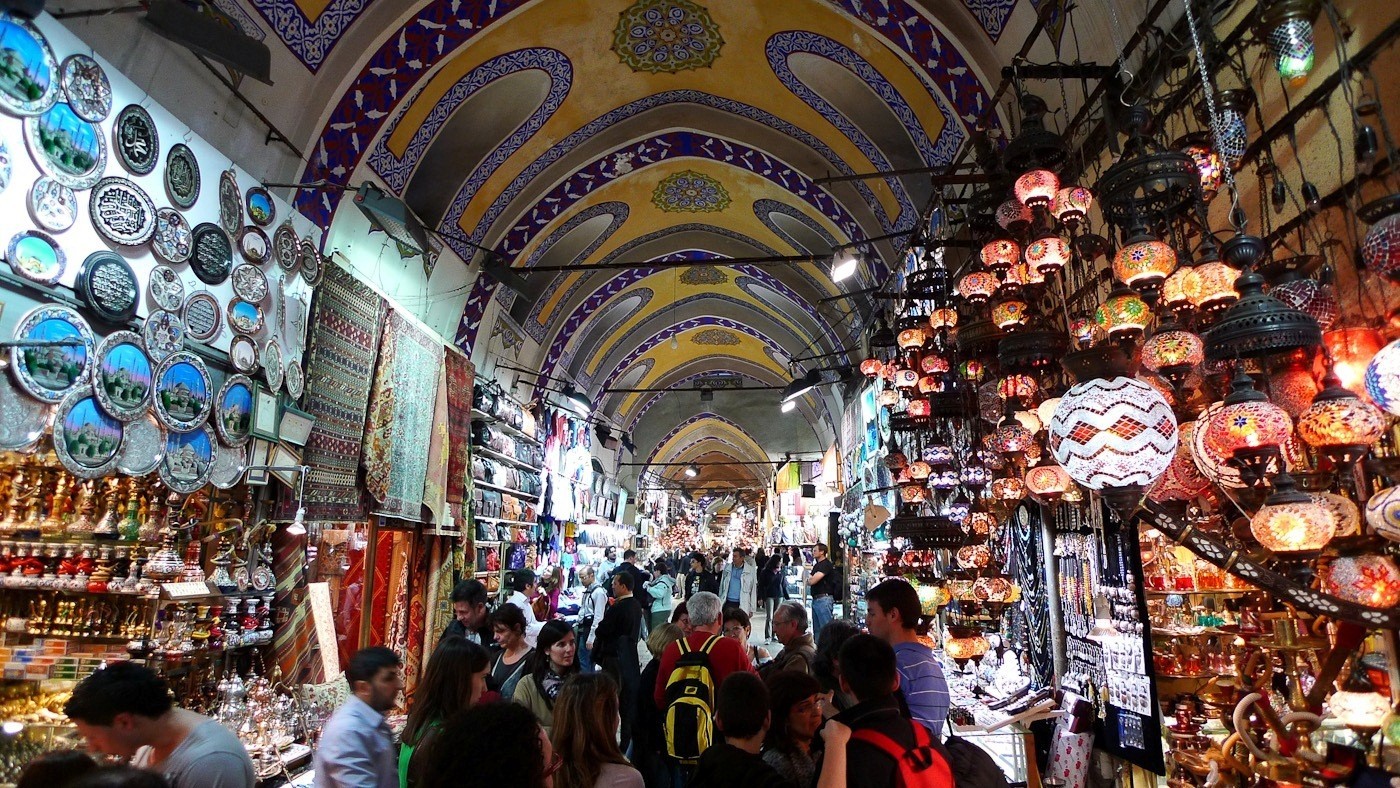 When people talk about traditional shopping in Istanbul, Grand Bazaar (Kapalı Çarşı) is the first place listed by anyone. It is located at the real center of the Istanbul at the intersection of the Beyazıt-Mercan-Nuriosmaniye districts. Grand Bazaar is one of the oldest bazaars in the city and one of the biggest traditional bazaars all around the world. In the Grand Bazaar, there are plenty of bedazzling jewelry, traditional local items including food and souvenirs, and many more. With about 3,600 shops - as small as 3 to 4 square meters - the Grand Bazaar received 90 million visitors in 2015. With a multimillion dollar makeover underway, this number is expected to increase tremendously - a good sign for you to head over there for the shopping spree of your life. 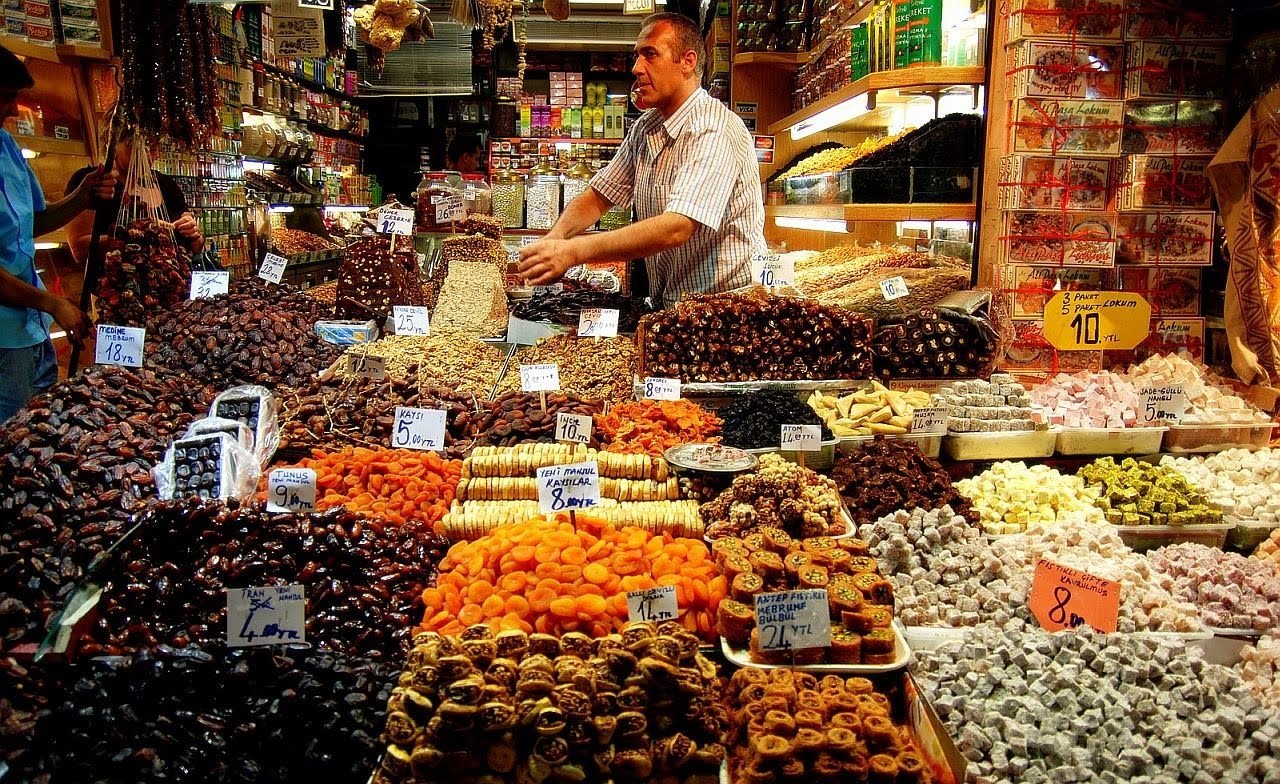 Spice Bazaar, or more known as Mısır Çarşısı, is located in Eminönü which is also near the Grand Bazaar. This Bazaar stands behind the magnificent Yeni Mosque and Flower Bazaar. The word “Mısır” means both Egypt and corn in Turkish and it means to say that this Bazaar sells spices that comes from the Egypt, where the spices first originated. At the historic Mısır Çarşısı Bazzar, you will find many authentic local spices - such as paprika, sumac and nigella seeds, Turkish Breakfast, nuts and dried fruits that you should definitely bring some home as souvenirs for your friends and family.

The Book Bazaar – also known as Sahaflar Çarşısı – is located at the heart Istanbul, Beyazıt, near the Istanbul University. It is said to be the place where the first book was printed in Turkey in 1729. At the courtyard, you can find a statue of Ibrahim Muteferrika, who was the publisher of that book. At this historic Bazaar, you will be able to find some of the oldest books relating to Turkish-Islamic culture as well as educational and story books. 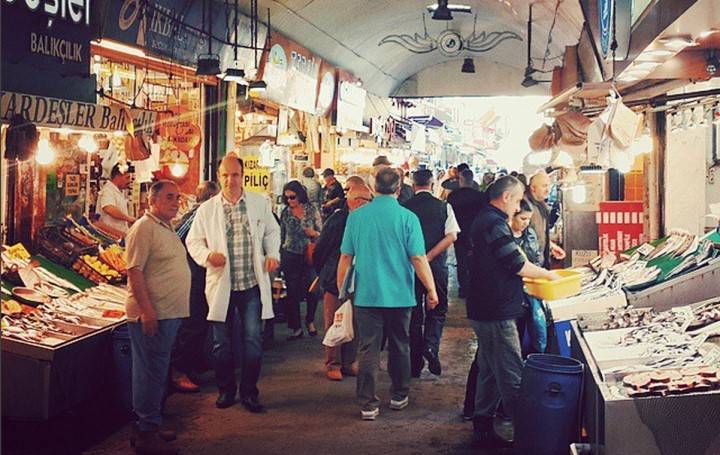 Balık Pazarı (or the Galatasaray Fish Market) is another must-visit Bazaar, which is located at Galatasaray, near the district of Taksim Square and the Istıklal Street. It is named the Balık Pazarı Bazaar due to the vast number of Balık (which means fish) shops in the area. The atmosphere of the bazaar is amazing - you can witness the true daily lives of the locals bargaining for their fresh produce. Contrary to its name, you can also find other varieties of shops – including traditional spices, fruits, cheese and mouthwatering Turkish delight. Be warned, you can expect the Bazaar to be crowded with both locals and tourists when you arrive. 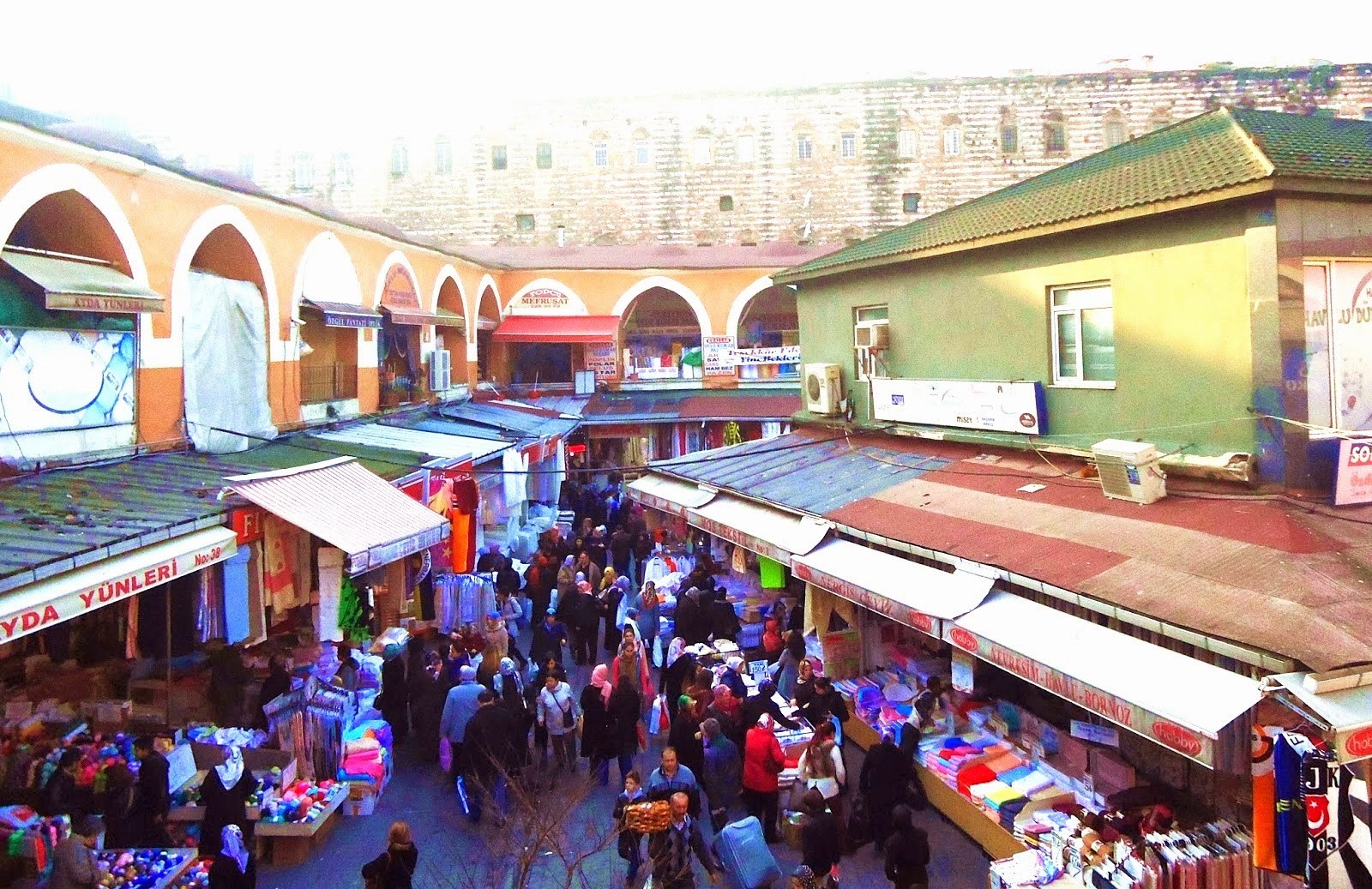 Are you looking for a particular something in Istanbul and can’t find it anywhere? Head over to Eminönü and you will definitely find what you are looking for! The main tourist spot in Istanbul, this bazaar is filled with shops of different categories – clothing, food, electronics, you name it. It is often visited by the locals and tourists who are looking for an affordable shopping experience. When visitors head to the Bazaar, they would find themselves spending the whole day there. Trust us, you would need at least one entire day to explore all the shops in Eminönü! You are also able to take in the beautiful rich history with the various landmarks located in the area - one being the 459-year-old Suleymaniye Mosque which is the second largest mosque in the city.
When you travel to Istanbul, Turkey on your next trip, be sure to give these bazaars a visit!
Airport and Airline Experiences Beach Experiences Best Halal Dishes City Experiences Contests Destination Ideas Environmentally Friendly Travel Festivals and Events Great Train Journeys Guides to Finding Halal Friendly Hotels Guides to Finding Mosques Hajj and Umrah Halal Food Blog Halal Food Recipes Halaltrip Announcements HalalTrip Mobile App Heritage Travel Ibn Batutta's travels Nature Experiences Offers Ramadan and Eid Shopping Experiences Sports Events Travel Ahadith & Dua Travel Tips & Etiquettes Travellers Stories Weekend Getaways
Login to comment