Traveling to Sri Lanka - The Pearl of the Indian Ocean 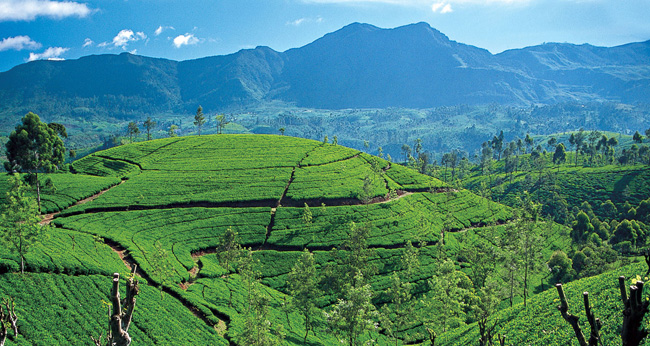 Sri Lanka is a tiny Island in the northern Indian Ocean, previously known as Ceylon and also known as "the Pearl of the Indian Ocean." It is a diverse county that boasts lush green tropical forests, beautiful colonial architecture and clear, beautiful beaches. It is a historical country that has temples, churches, mosques and other ancient sites to prove it. The country is known for being in the forefront for producing tea, rubber, coconuts and cinnamon. Sri Lanka is also home to some of the most popular destinations in the world, including Kandy and Galle. What makes it one of the most popular destinations among tourists is its diverse community. The little Island is home to a large population of Muslims and therefore Muslim travelers won’t have to search too much to find Halal food and mosques. .

Kandy is often said to be the cultural capital of Sri Lanka. It is a UNESCO World Heritage Site that is a must-visit. It is located approximately four hours from Colombo and is easily accessible by public transport including trains and buses. Tourists visiting Kandy will be transported back in time on observation of its many ancient temples and other historic sites. One of the most visited attractions in Kandy is The Temple of the Tooth, which houses a tooth relic of the Lord Buddha. Located just outside the city is the Royal Botanical Garden in Peradeniya. This garden dates back to the ancient kings and is one of the best in the region. Visitors must also pay a visit to one of the many tea factories in the area. These factories have viewing decks that allow visitors to view the entire process from the plucking of the tea to the packing of the finished product. Muslims visiting Kandy will find it easy to locate Halal restaurants and mosques within the city since it has a sizeable Muslim population. Dinemore, Little Hut and KFC are a few of the many restaurants that serve Halal food in the city. There are also plenty of smaller eateries that serve Halal food and vegetarian food. Mahayyawa Grand Mosque, Mawilmada Jummah Mosque and the Heerassagala Jummah Mosque are just a few of the many mosques located within or close to the city that can be used by Muslim tourists.

Click here for a Muslim-friendly city guide to Kandy.

Colombo is one of the main cities in Sri Lanka and its commercial and economic capital. The city is home to a number of luxury hotels, attractions, beaches, parks and much more. The city also has plenty of shopping areas that will please any shopaholic. Tourists can get around Colombo quite easily; by taking a three-wheeler, bus or taxi. The National Museum of Colombo, Galle Face Green, Mount Lavania Beach, Colombo Zoological Gardens, are just a few of the several places that attract a large amount of tourists each year. Muslims visiting the city will be able to find plenty of Halal food options. Most of the international fast food outlets like Pizza Hut, KFC, Burger King, McDonald's and Dominos are Halal. There are also many other restaurants that serve authentic local cuisine, if visitors are feeling adventurous. In addition to those, Muslim visitors will also find it easy to locate restaurants serving Indian, Middle Eastern, Chinese, Thai and other international dishes; in places like; Dinemore, The Sizzle, Cioconat Lounge, Kandoori, Urban Kitchen, Redberry’s and Arabian Knights. Colombo also has plenty of mosques such as the Jawatta Jumma Mosque, the Wellawatte Jumma Masjid, Al Hasan Masjid and the Bambalapitiya Jumma Masjid.

Galle attracts tourists from all around the world and is one of the most visited destinations in Sri Lanka. What draws in visitors is its well-preserved architecture and the many beautiful beaches located close by. The Galle Fort which was built first in 1588 by the Portuguese is a historical and architectural heritage monument that is one of the most visited attractions in Sri Lanka. It was listed as a UNESCO World Heritage Site and houses hotels, shops and houses. Galle is also home to a large number of Muslims and is therefore very Muslim-friendly. There are several internationally known, Halal fast food outlets in the city as well as Muslim-owned restaurants serving Sri Lankan, Indian, Chinese and Middle Eastern food. Tourists visiting Galle must dine at a beach-side restaurant serving fresh seafood dishes such a hot-butter cuttlefish and Sri Lankan crab curry.

Click here for a Muslim-friendly guide to Galle   .C