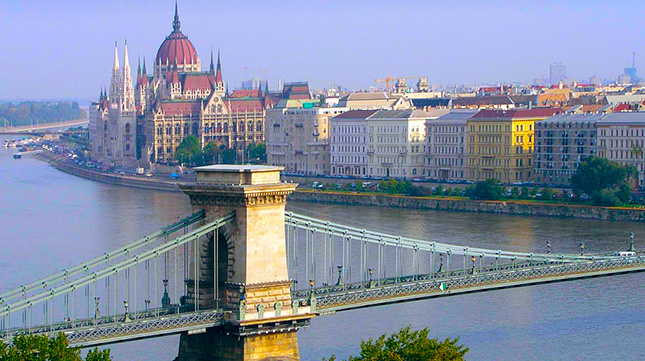 The vibrant and lively city of Budapest is a fascinating place to visit. Offering a blend of rich history and modern city life, Budapest will captivate travellers with its architectural wonders and spectacular natural scenery. The city has something in store for everyone - including Muslim travellers. Read on to discover how Budapest can delight Muslim travellers.

The glorious capital of Hungary - Budapest - is also the largest city of the country and is a popular tourist attraction in Europe. The city offers rich culture and history and has been declared a UNESCO World Heritage Site due to its cultural and architectural significance. It's enchanting setting and architecture have also earned it the name of being the "Paris of the East" and sees large numbers of tourists throughout the year.

Budapest is home to a small population of Muslims. Facilities such as prayer facilities and Halal food will also be available and can be found without much of a problem. The main mosque of Budapest is the Darussalam Masjid which is located near Bertalan Lajos Street, towards the right of the Chinese restaurant. The mosque sees a good number of people and is the sole mosque in the city to offer the assistance of an English-speaking caretaker for travellers who do not speak Arabic or Hungarian. The mosque holds all prayers including formal Jumaa and offers a separate prayer area for women.

The Budapest Ferenc Liszt International Airport is the main airport of Budapest and is also the largest airport of the country. The airport offers numerous facilities for travellers including a wealth of shopping opportunities. It is one of the busiest airports in Europe, serving many airlines and passengers throughout the year.

Muslim travellers who wish to do some sight-seeing will have plenty of options. Popular attractions include Castle Hill, the Hungarian National Gallery (which is located at Buda Castle in Castle Hill), the Museum of Fine Arts, Fisherman's Bastion, Heroes' Square, Hungarian State Opera House and the thermal baths. Most of the popular attractions in the city are found at Castle Hill on the Buda side, in downtown Pest and along the riverside walkways.