Just type “top cities of the world” only to find Barcelona always among the top 10; that’s because it’s an amazing city. What makes it even more interesting to us as Muslims is the fact that Barcelona is one of the most Muslim-friendly destinations in Europe. With a population of 300,000 Muslims, Islam is the second dominant religion in Spain.

Your trip to Spain will be packed with interesting things to see. After all, Barcelona is a giant architectural masterpiece of gothic and modern art styles. Barcelona is a city that will never fail to amaze you every time you visit. Visiting Barcelona is one of the most sophisticated holiday ideas for couples.

We invite you to read our Muslim’s Guide to Barcelona. We will explore in this post what makes Barcelona such a great Spanish and European gem. And we will guide you to the top 10 destinations and things to do in Barcelona. Finally, we will see the best 3 halal restaurants and the top 2 notorious mosques.

What makes Barcelona one of the most unique destinations in the world?

There are many reasons to visit such a wonderful metropolis as Barcelona. Every person will find something that captures them more than the others. However, some common factors seem to be shared by all the people, especially Muslims, that make Barcelona the perfect holiday destination.

Here’s a list of the reasons why you should visit Barcelona. 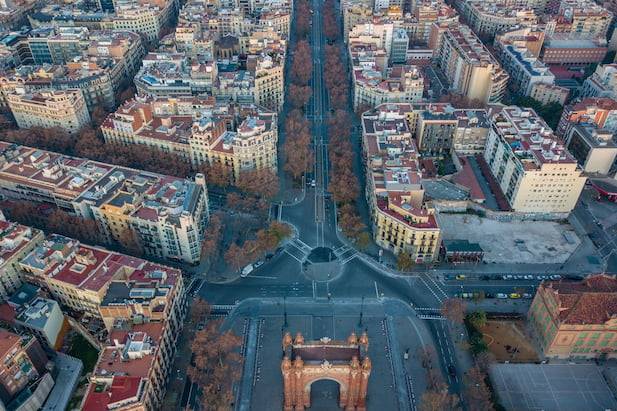 Barcelona cherishes its diversity by respecting all religions, including Islam. You can find amazing mosques where you can meet the local and international Muslim community, mostly Moroccans.

Halal restaurants in Barcelona are everywhere, and many of the non-halal ones offer Muslim-friendly options. Several hotels also understand that Muslims are conservative and proud of their abstinence, so they offer them accommodations that suit their lifestyle. 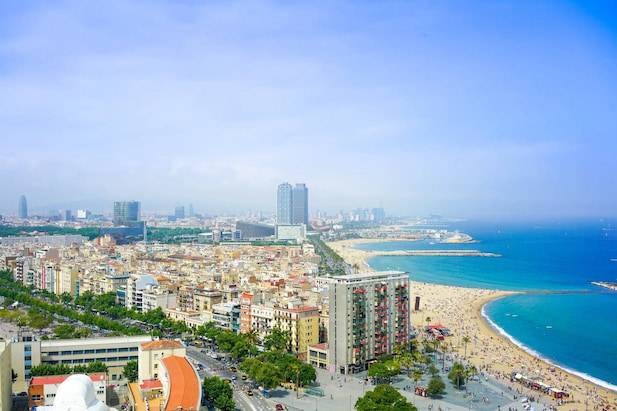 Barcelona is a city with perfect weather, not too hot nor too cold. The average temperature of Barcelona stays in a perfect spot, making it a city that you may visit throughout the seasons. Sunbathing on Barcelona’s beaches is a must-do. 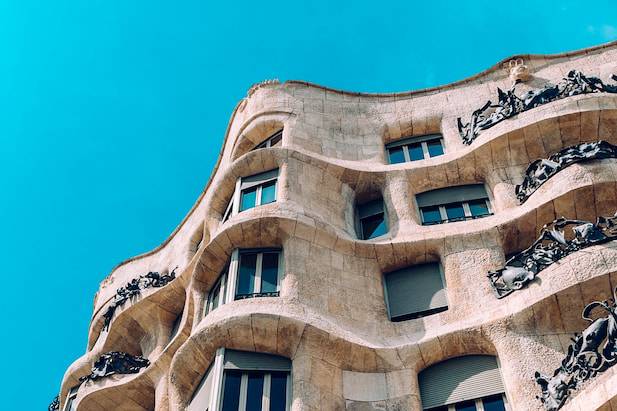 The stunning old and new buildings of Barcelona will leave you dazzled. The city is best described as having perfect buildings, buildings that invoke awe. 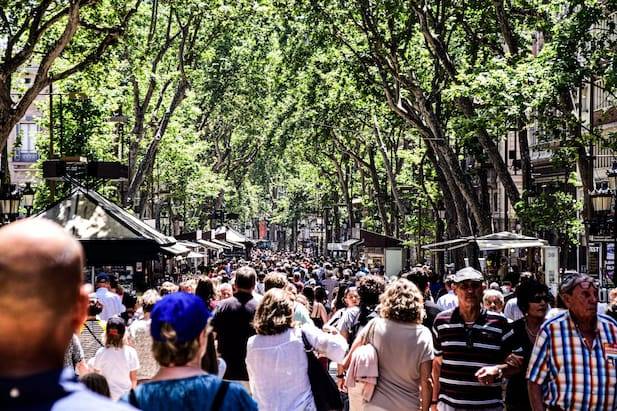 Barcelona is good news for the ladies out there who are all about shopping! We’re sure that La Rambla Street and Passeig de Gracia will amaze you, so take some extra money (a lot) because you won’t resist shopping in the fancy boutiques of Barcelona.

The list below includes the 5 must-sees of Barcelona. So, try to remember them because you don’t want to miss them. 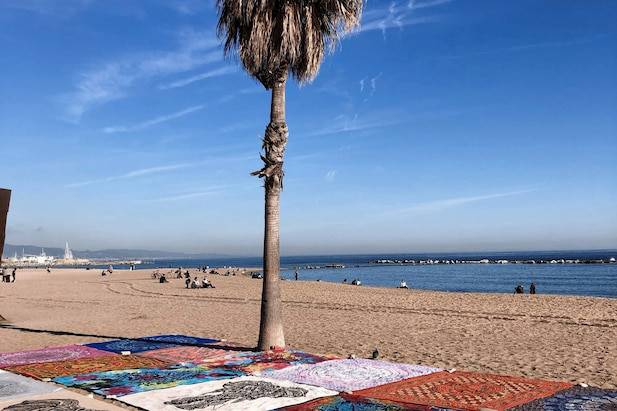 Here’s a harsh reality about Barcelona’s beaches, they allow nudity. But don’t worry, not all of them. If you want everything to go according to the will of God, you should visit Barceloneta Beach and Nova Icaria, which are very respectful beaches.

Aside from the warm sandy beaches and sunbathing, there are many things that you can do in both spots like watersports and shopping. 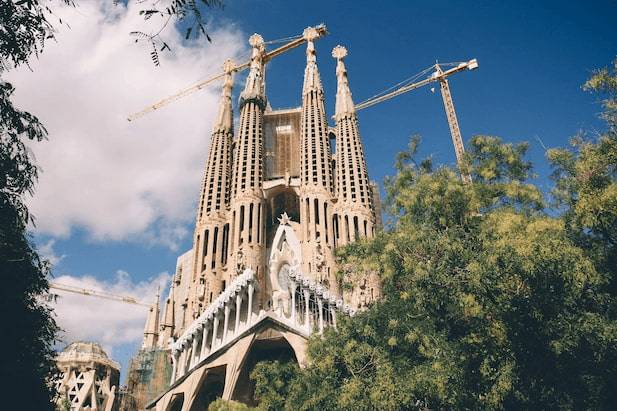 Here’s a place that you have to remember not to miss; it’s Sagrada Família. It’s a masterpiece of the notorious Antoni Gaudi that took over 100 years of construction (still under construction).

It’s a Roman Catholic minor basilica, which has one of the most detailed and intricate designs in the world, featuring the richness of gothic architecture.

The majesty of this building might be overwhelming, leaving you to wonder if what you saw is real.

3. The street of La Rambla 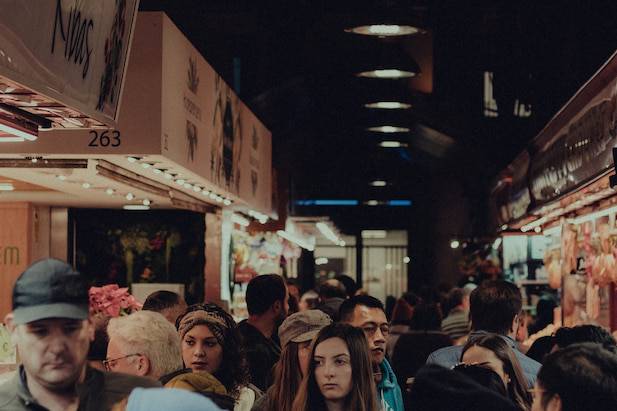 Have your shopping spree in the street of La Rambla. It’s the most Muslim-friendly shopping place in the city center. Stop by the boulevard to explore the various street performers and artists that stimulate the senses with their talent. We’re sure that the ladies will never want to leave this street. 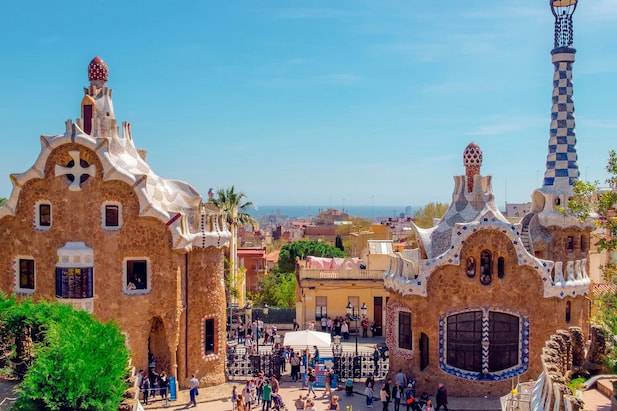 Park Güell is another masterpiece of the amazing architect Antoni Gaudi. Situated on top of Carmel Hill, this park will show you what Barcelona looks like from above, a giant masterpiece.

The park is home to beautiful architecture and mosaic that entrances the eyes. 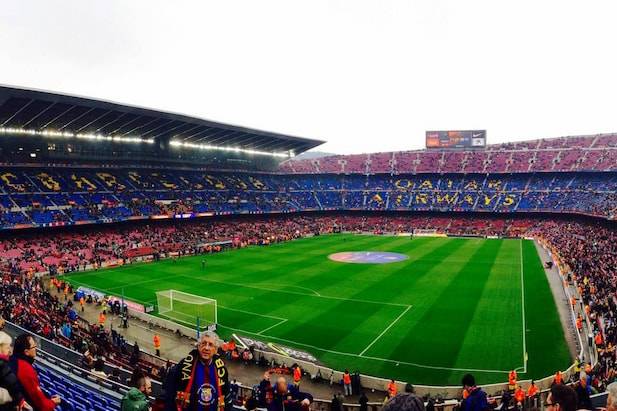 What would Barcelona be without F.C.B, (its football team)? Everyone knows that F.C.B is one of the top teams in the world (perhaps the top). Such a team has to have a great stadium.

Camp Nou is one of the top attractions in Barcelona because of its cultural and aesthetic significance.

You can purchase a ticket to get inside Camp Nou to explore the long history, museum, and trophies of F.C.B.

Muslim’s guide to the Top 2 mosques of Barcelona

Care to pray with the local Muslim community? Here are the top 2 mosques in Barcelona.

Muslim’s guide to the Top 3 Halal restaurants of Barcelona 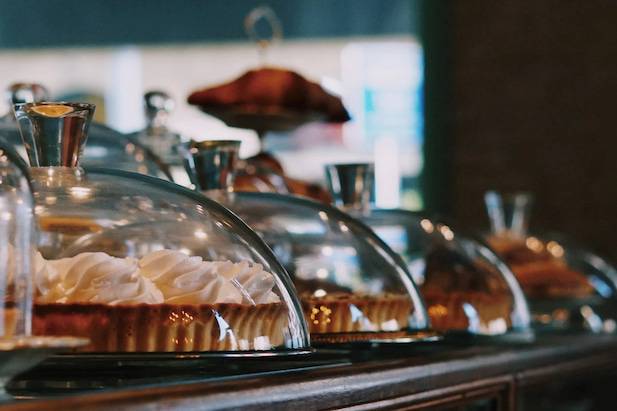 We’ve already established the fact that Barcelona is super Muslim-Friendly. Now here are the top 3 Halal Restaurants in Barcelona.

Are you a fan of Arabic and Amazigh dishes? Even if you’re not, you’ll love eating Moroccan and Lebanese dishes in Habibi Restaurant. Of course, everything is halal.

Barcelona, A City To Explore

You can find all the spots easily on google map. Barcelona is a huge city, but navigating through this giant is not difficult

Barcelona is a modern city of wonders. You should definitely consider traveling to Barcelona on your next trip to Europe. As a Muslim, Barcelona is very suitable for you because it’s a city that respects our faith.

Enjoy Exploring this masterpiece, and feel free to share your experience with HalalTrip.

Cover Photo by Enes on Unsplash