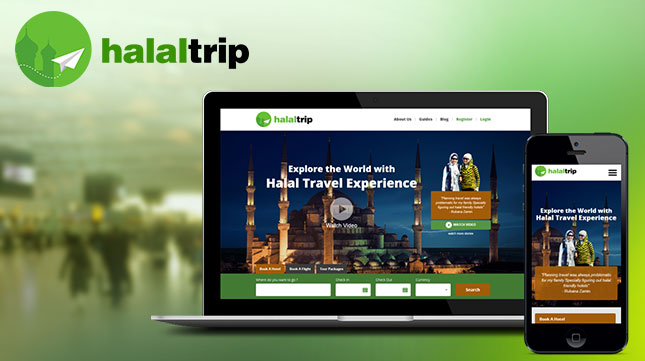 There are numerous travel apps designed to help make travelling as easy as possible. Before setting off on your trip, it is worthwhile to check out a few useful travel apps and see how they may be of use to you when travelling. We have compiled a list of a few suggested apps.

For any Muslim travelller, the HalalTrip mobile app is a must-have. Specifically designed to cater to the requirements of Muslims who travel, the app focuses on key aspects of Halal-friendly travel such as prayer times and Halal food. In addition to a unique “Halal Food Spotter” feature, the app also offers an in-flight prayer time calculator, a collection of Islamic travel prayers with audio playback,  as well as both an English and Arabic user interface. A direct hotel booking feature will also be added in the near future, allowing travellers to make hotel reservations directly via the app.

There are several apps that may come in handy during planning and packing for your trip. Travel apps such as Packing Pro and Travel List help travellers manage and decide what items to pack and take with them by providing suggestions and creating lists of essential items that are suitable for the destination. Some apps also let reminders to be set for picking up certain items and ensure that travellers are well organized.

Last but not least, select a good navigation app that will help you get around your destination. Google Maps is generally the most consistent app with some of the most useful features and functions used by millions of users around the globe. Alternative apps to Google Maps include Navigate 6, MapQuest, MapFactor and CoPilot. Such travel apps can be excellent travel companions for you during your trip.

You may also want to have a few games or ebooks on occasions when you need to kill some time. With the millions of apps available for all platforms, you should be able to find an app to suit your every travel need.