Why Muslim Travellers Must Visit Sicily 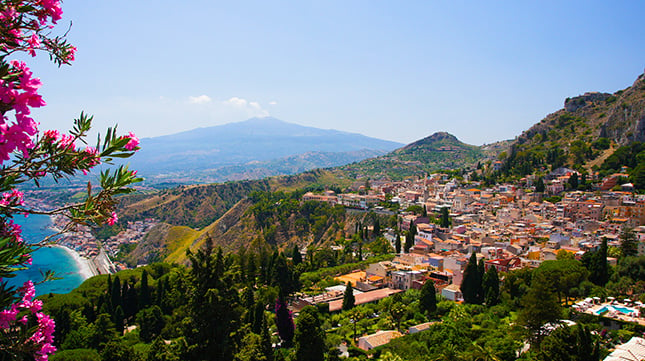 Sicily is Italy's most diverse and beautiful island. It boasts a wealth of attractions, spectacular landscapes and years of rich history to create a lasting impression on visitors. As one of Europe's most alluring destinations, Sicily's mountains, beaches, national parks and ancient villages will captivate travellers immediately with its innumerable charms. Read on to discover what Sicily can offer Muslim travellers. The history of Islam in southern Italy began in Sicily, when the first Muslims settled in the town of Maraza in 827. Later in 902, Islamic rule took over Sicily and the Emirate of Sicily lasted for over 200 years, with Palermo as its capital. Its rich Islamic history and influence is clearly evident even at present and can be witnessed in certain elements of the Sicilian language and other aspects of Sicilian culture. At present, Islam is the second largest religion in Italy and an estimated 100,000 Muslims reside in the country. Sicily is home to quite a sizeable Muslim community living at some of the island's more prominent cities.

The capital of Sicily – Palermo – is one such city with a long history. Established by the Phoenicians, Palermo is presently one of Europe's best cultural destinations and offers a wealth of historic as well as modern attractions. For Muslim travellers, Palermo offers a few Halal restaurants and mosques. Muslim travellers could head to Allah Rakha at Via Maqueda for enticing Afghan cuisine, which is a popular spot in the area. For prayer facilities, Palermo is home to two mosques - Masjid Tunisie and the Cultural Center of Arabo al Farabi – which can be visited during prayer times.

Catania is another prominent Sicilian city that can be visited. Located at the base of Mount Etna - the tallest active volcano in Europe, Catania is a beautiful city which is excellent for a vacation. Attractions in Catania range from historic buildings to ancient ruins to natural scenery. Muslim travellers in Catania will find a few Halal restaurants, most of which serve Turkish fare. The Ali Baba Doner Kebab Halal Food at Via Montesano is one such popular Halal restaurant. There are also a few mosques in Catania that can be visited during prayer times - Baitun Nur Jame Masjid, Moschea Di Catania and Islamic Center.

Travellers may also visit Taormina – a famous resort town in Sicily. Taormina is well-known for its historic attractions and pristine beaches which are located not too far away. The city's serene atmosphere provides the perfect setting to sit back and unwind, and is loved by travellers who seek relaxation. However, Muslim travellers will have to note that facilities will be relatively scarce in the area. Finding Halal food will be rather difficult and the closest mosques to Taormina are located three hours away in Palermo.

Exploring Sicily will be a delightful experience. Despite the lack of facilities for Muslim travellers at some of the lesser-prominent cities on the island, travellers who plan well ahead will be able to enjoy a fantastic and unforgettable stay at the island.