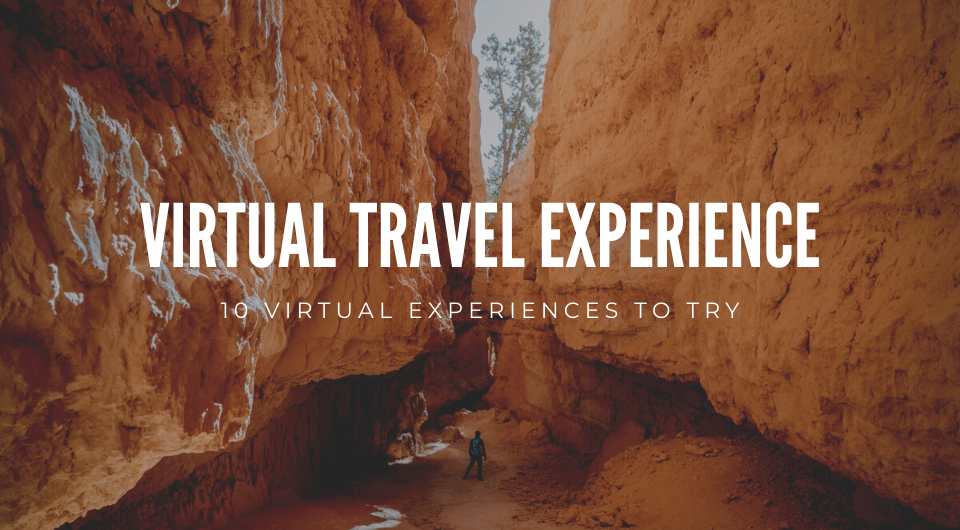 We all miss traveling, don't we? As we are still battling a pandemic worldwide, travel restriction has been prolonged (but it’s looking to be quite promising). And with stringent measures like social distancing and quarantine, one could only dream about traveling and seeing the world again.

With advanced technology, the world has been brought closer to us. The existence of virtual travel experiences can cure part of our wanderlust. Not going to sugarcoat my words, seeing the actual thing is way better of course. As we are waiting for the world to heal and the situation to get better, here are the 10 best virtual experiences you need to check out to cure your wanderlust!

1. Marvel the Seven Wonders of the World 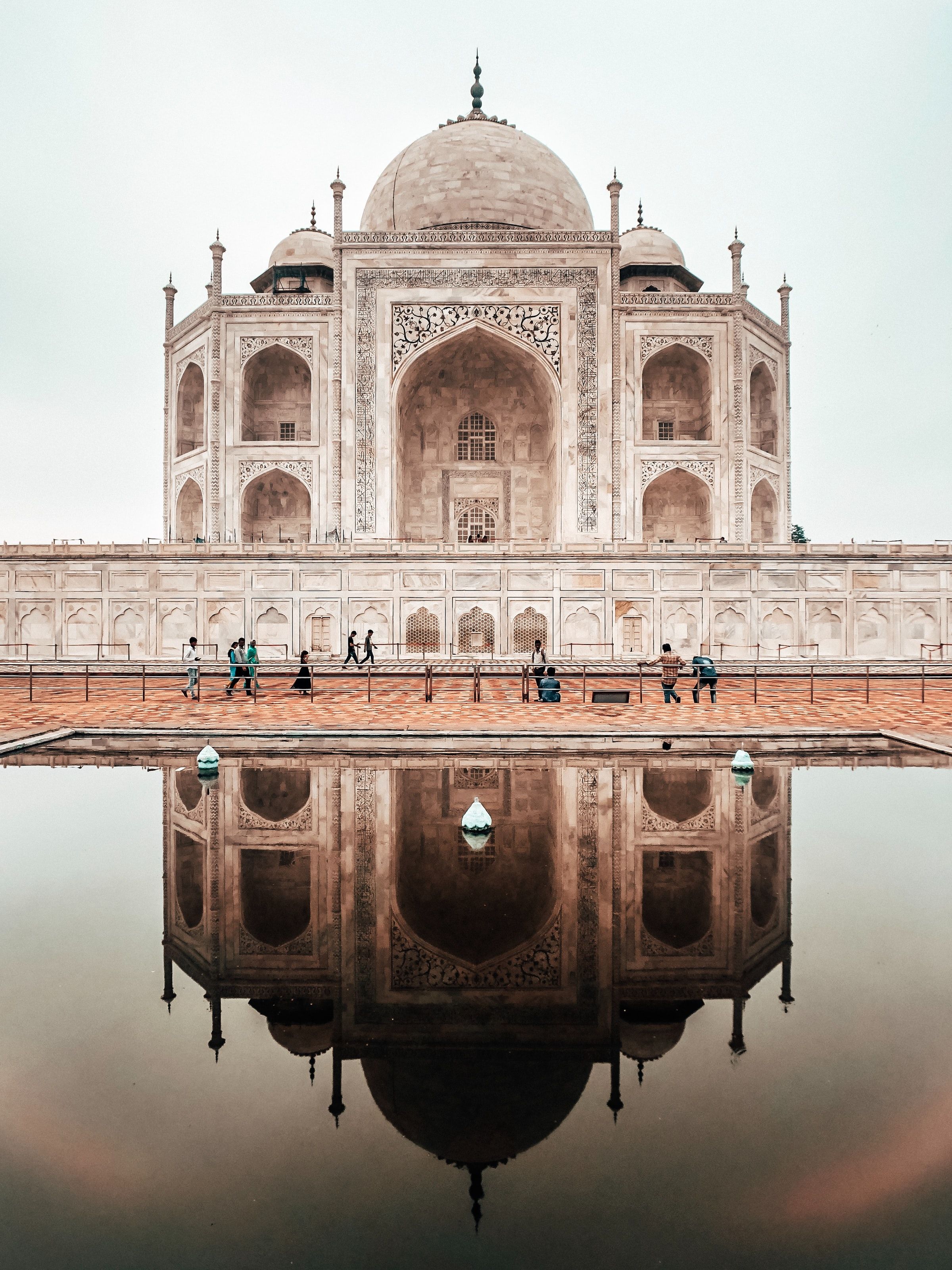 I have always dreamed about exploring the Seven Wonders of the World, but let's be real. Spreading across different continents, I am sure there will be a lot of planning to do and the time to be allocated to explore every one of them. While we're in this phase, how about checking out this article from the New York Times? Listing down the Seven Wonders of the World, you can sit back and enjoy the 360 videos of the monuments. This includes The Taj Mahal and The Great Wall of China. With each video, you can also read brief information, adding up to your experience.

2. Ride around Japan on a Rickshaw! 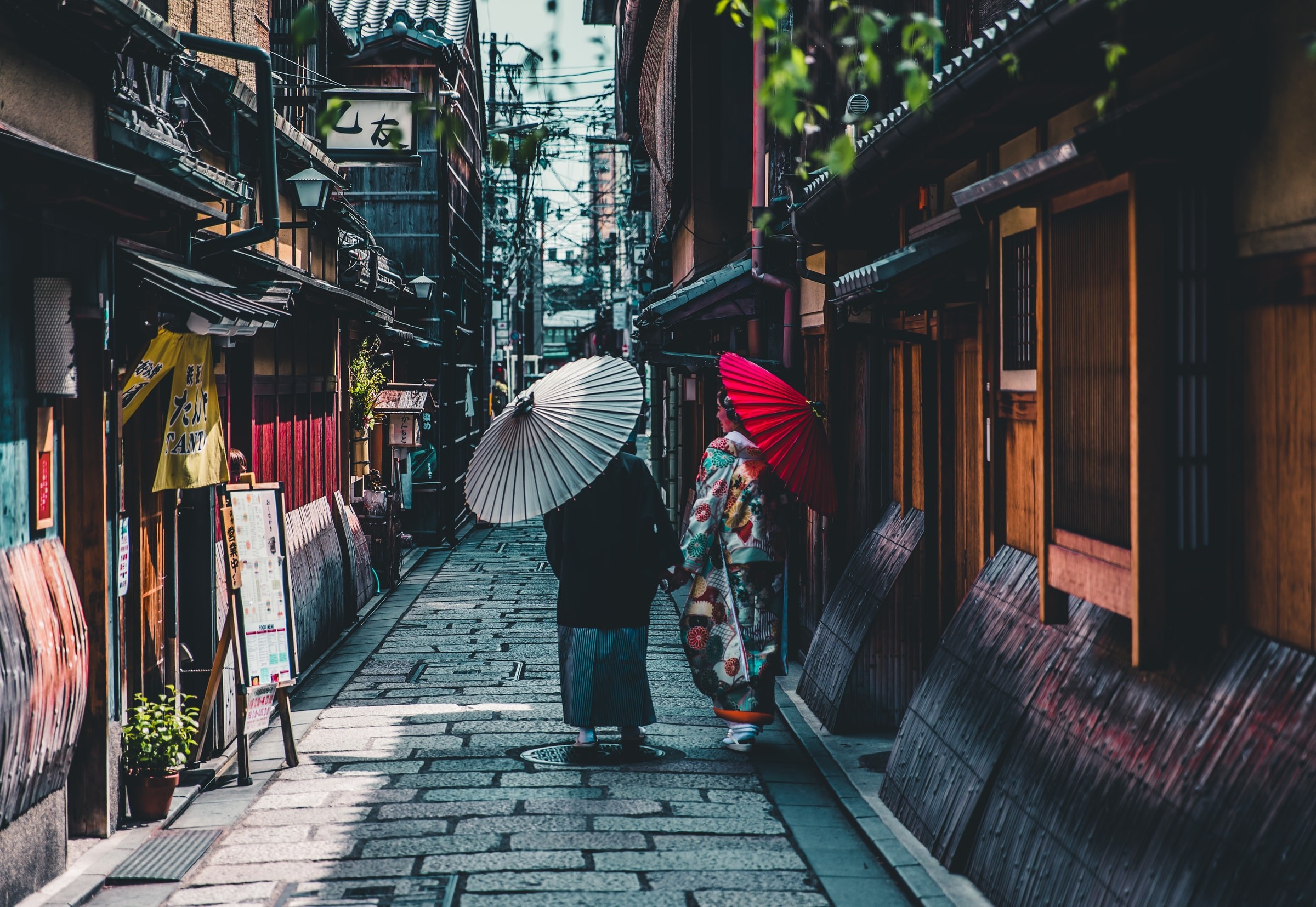 The VisitJapan Youtube channel has plenty of travel videos that are worth watching to cure your wanderlust. Some of these 360 videos have been around even before the pandemic breakout. If you haven't check out any of these videos, then this is the time for you to do so.

The Let's go Rickshaw series brings you around cities of Japan on a rickshaw! Even though the cities are limited, it is pretty much informative and exciting. Ride around Asakusa and witness the Sensoji Temple or watch the relaxing countryside of Oita at the comfort of your house. You can also enjoy the 360 videos of the Japanese culture, making you want to fly right away to Japan after the restrictions have been lifted. 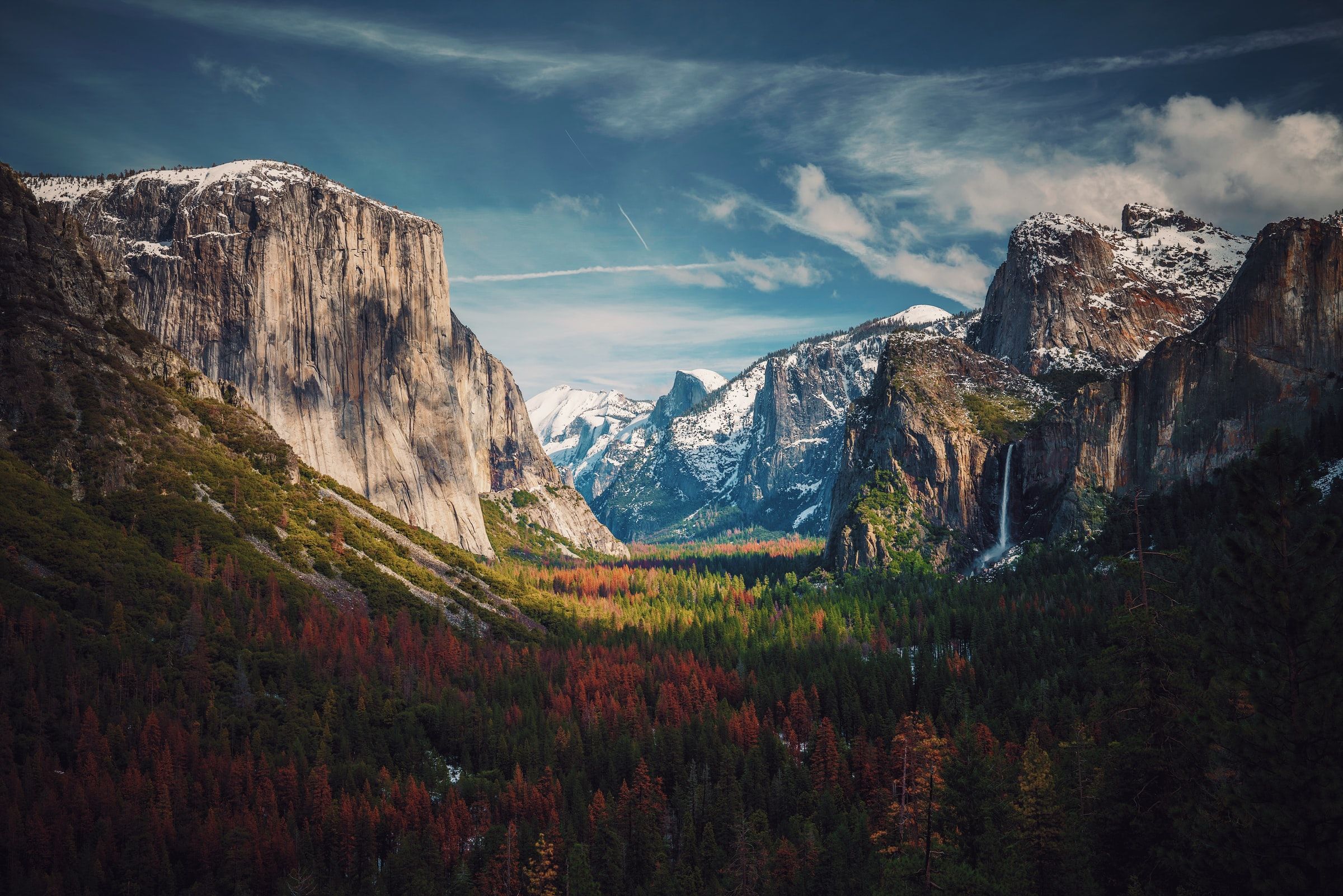 Yosemite National Park is located in California's Sierra Nevada. It is known for its majestic waterfalls and its granite rock formation. Tourists have been flocking to Yosemite all year round regardless of the seasons. Even though we cannot hike the Yosemite for some time, let this website shows you the remarkable view that you shouldn't miss.

The Virtual Yosemite website allows you to explore the national park without boundaries. Pan around the popular spots and read up on the brief descriptions to learn more. Relax by listening to the water gushing down Nevada Falls or be awed by the nature surrounding Glacier Point.

4. Enjoy the Aeriel View of the Zhangjiajie National Park 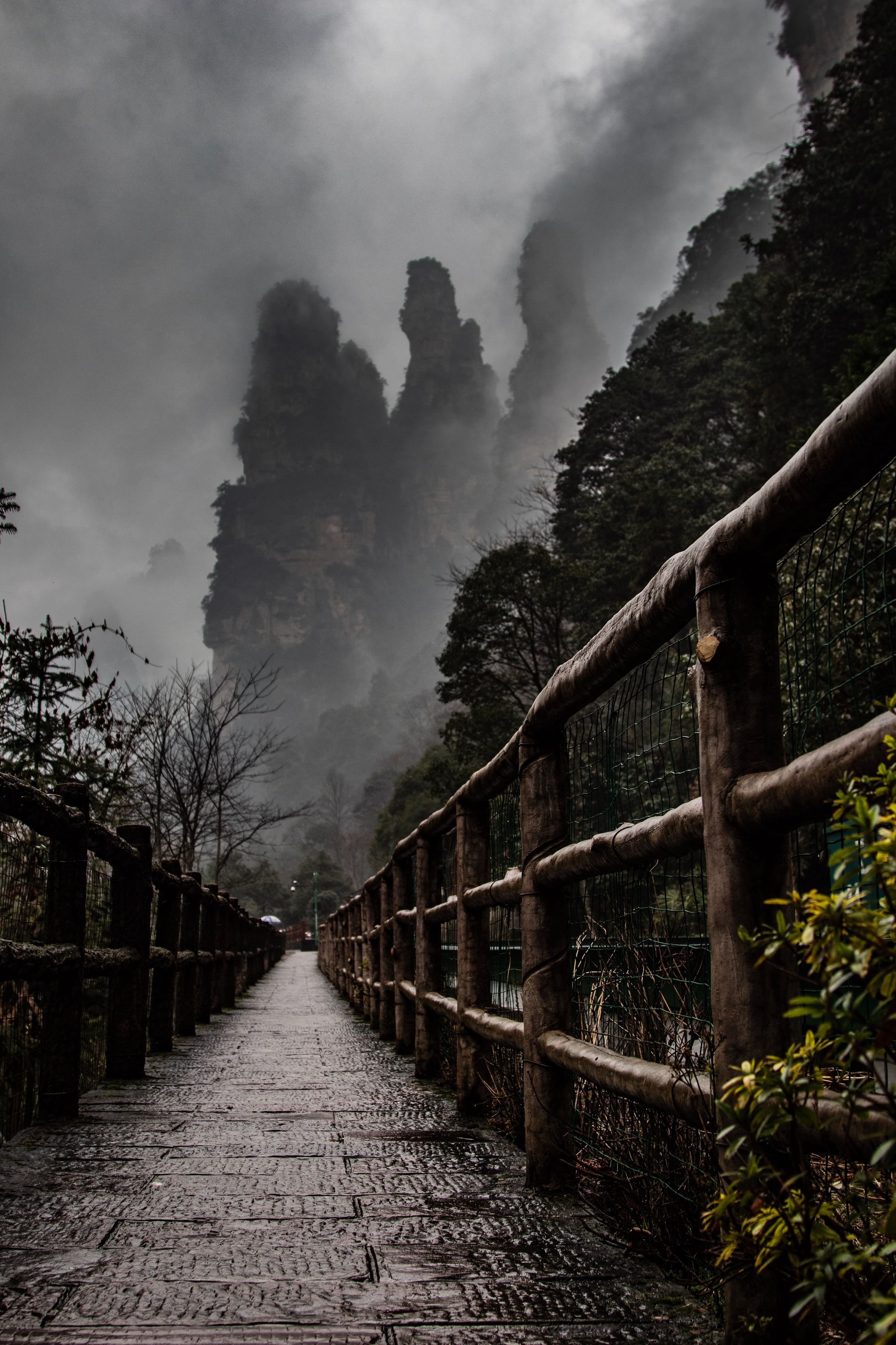 Located in the Hunan Province of China, Zhangjiajie National Park was recognized as the UNESCO World Heritage Site. The notable thing about this park is the pillar-like rock formation, making them look like they appear right out of a fantasy book. And it must be due to this that it became an inspiration for the movie Avatar.

This Youtube 360 video will bring you through the Zhangjiajie National Park through a birds-eye view. Expect to see the Tianmen Mountain Temple and a glimpse of the Zhangjiajie Glass Bridge. You can also spot the Bailong Elevator, known to be the world's highest outdoor elevator. With an informative voiceover, the panoramic mountainous view will definitely take your breath away. 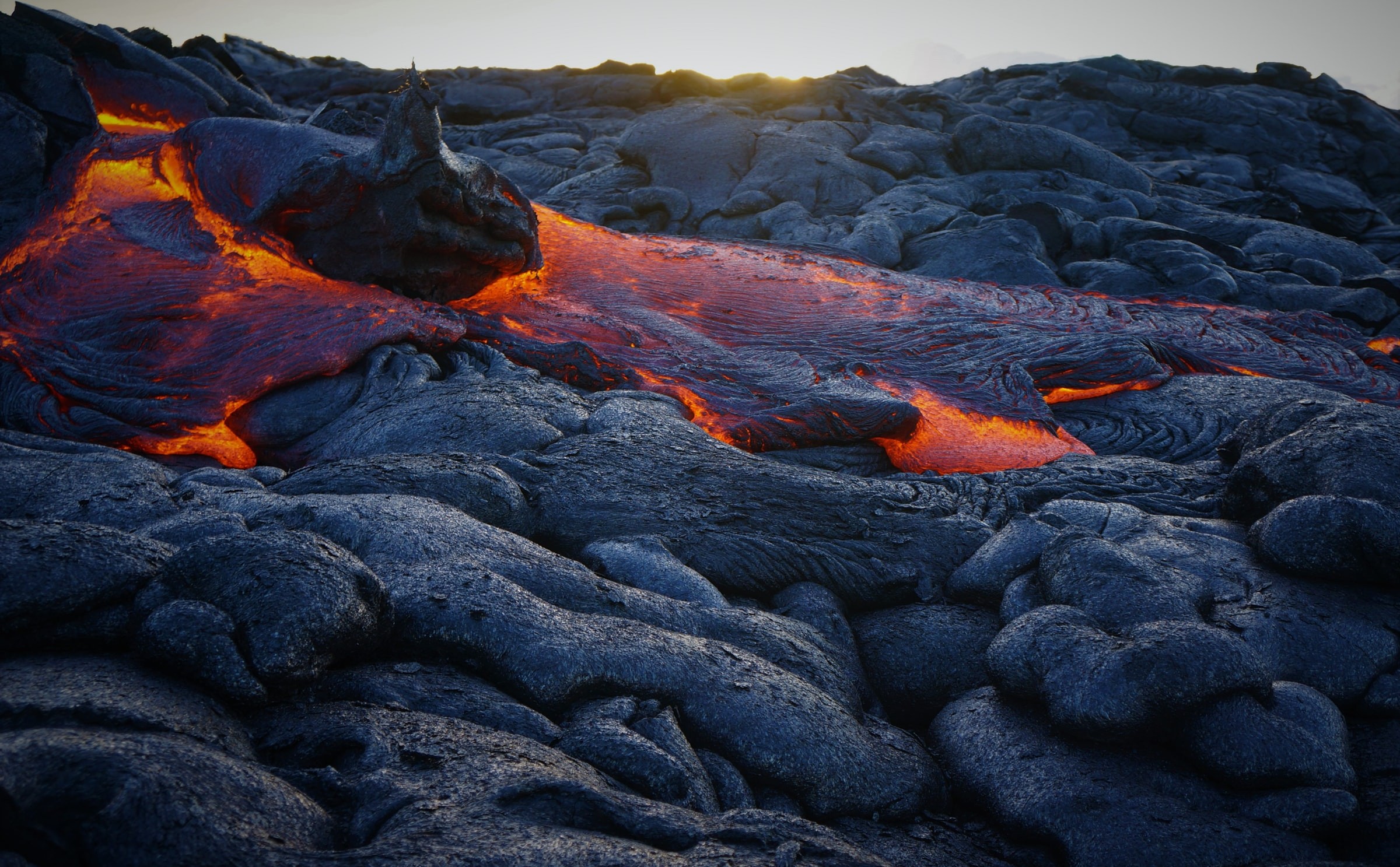 The Hawai'i Volcanoes National Park is surrounded by two active volcanoes, Kīlauea and Mauna Loa. Currently, only a certain area of the park is open to the public, and some stringent measures are imposed due to the pandemic.

When else will we get the opportunity to explore an active volcano? Not only will you be able to listen to the sound of the erupting volcanoes but also witness the volcanic landscape, including the lava tube. This video includes an informative guide that will make your experience more lively and exciting.

6. Learn on the constellations at Bryce Canyon 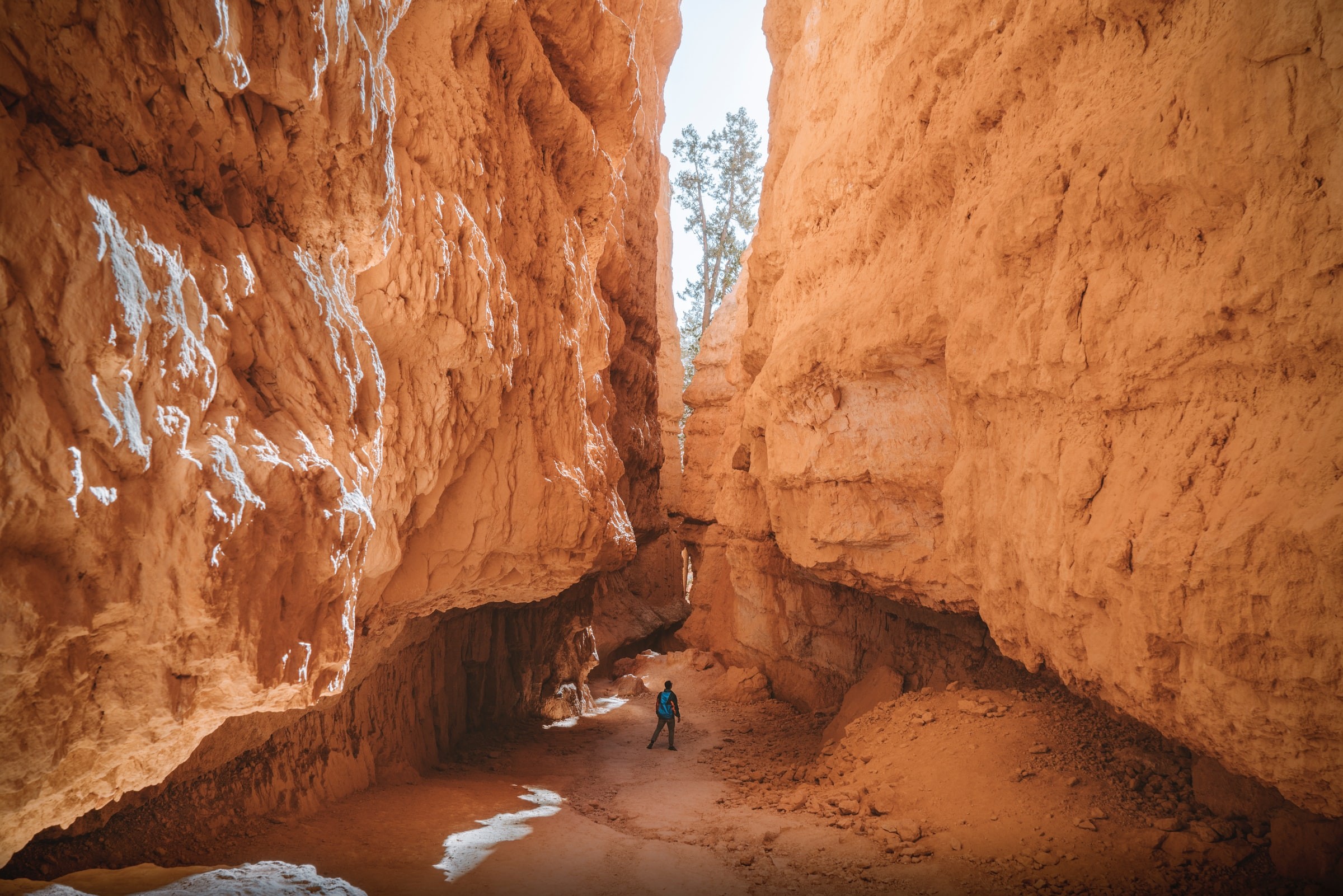 Located in the Southwest area of Utah, Bryce Canyon is notable for its hoodoos landscape. Its iconic spot is the Bryce Amphitheater, showcasing the irregularly eroded hoodoos.

Known to have the darkest night sky in Northern America, it is no doubt that Bryce Canyon is the best place to go stargazing. This video tour lets you witness the amazing night sky glittering with sparkling stars and learn on the visible constellations. 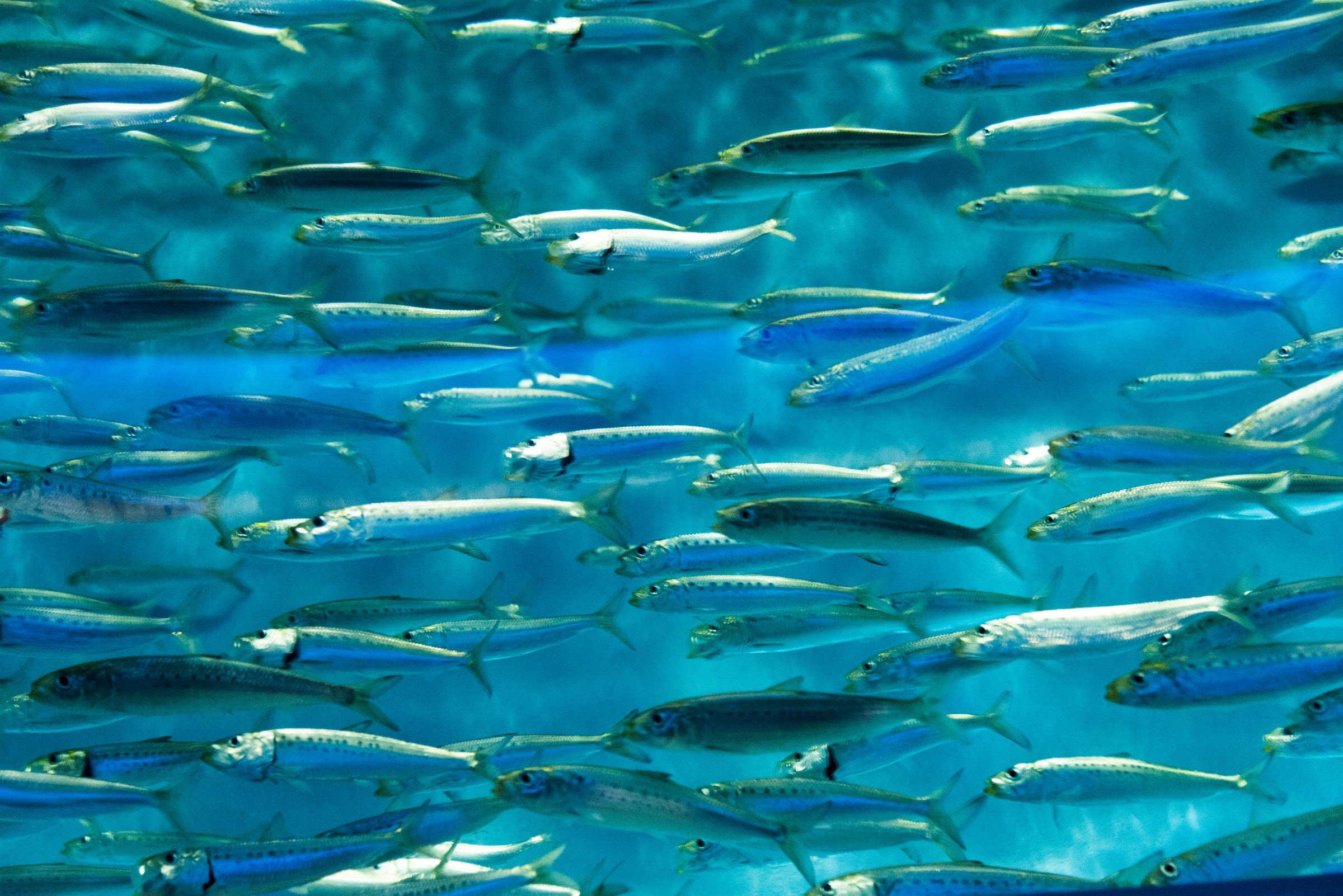 Currently, the Monterey Bay Aquarium provides live cams that you can watch in the comfort of your home. You can choose from various animals like the kelp forest, penguins and even sharks. Unfortunately, there is a timing for the live cams but during off-hours, you can still watch the pre-recorded videos of the animals. 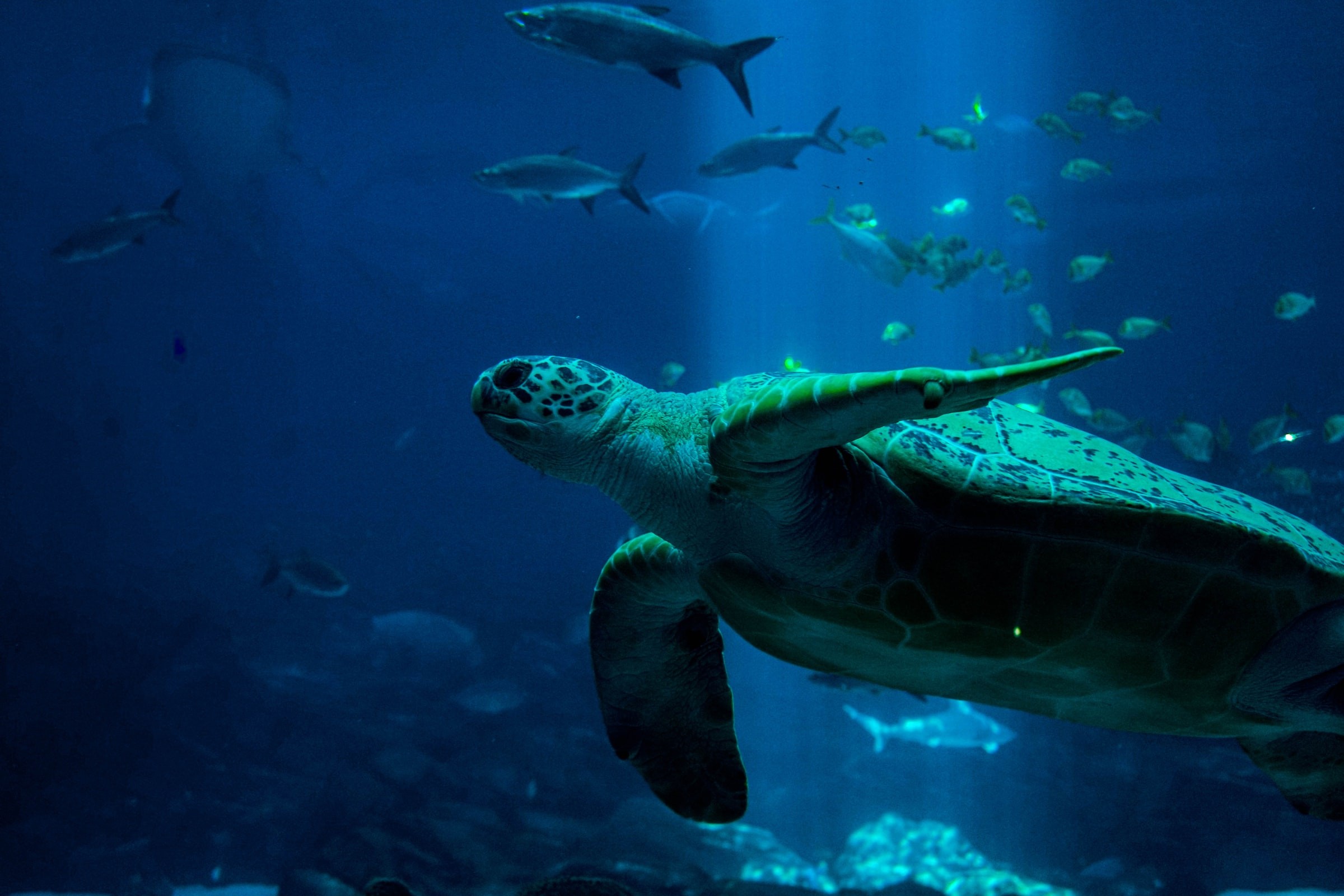 Georgia Aquarium is located in Atlanta, United States. It homed various sea specimens like Beluga Whale and Manta Rays, to name a few.

Similar to the Monterey Bay Aquarium, you can watch live cams of the sea creatures. They too have timing for the live cams. As such, you can only watch the pre-recorded videos during off-hours. Check out the Beluga Whales and the Southern Sea Otters webcams. It will definitely melt your heart from its cuteness. You can also read up on the animal facts and learn about their habitat and characteristics. 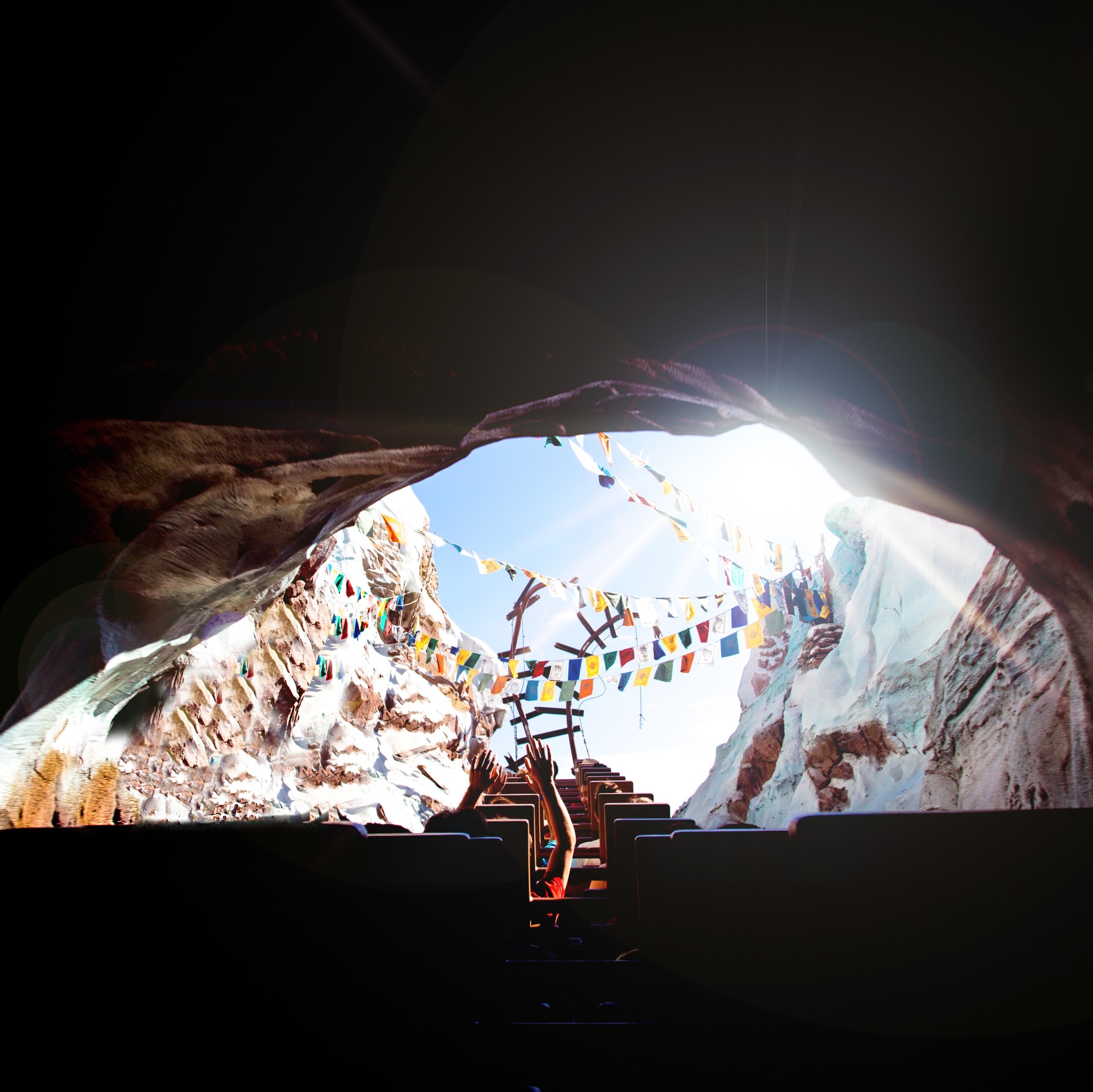 Deprived of taking thrilling rides and visiting an amusement park? Then look no further than the virtual Disney World on Youtube. Even if you have visited this amusement park before or it is still in your bucket list, it is worth checking them out!

Walt Disney is a theme park located in Florida, United States. With various activities and attractions found in this park, you will never get bored walking around (virtually). Its Youtube channel lets you experience the rides like Slinky Dog Dash of Toy Story Land and Expedition Everest: Legend of the Forbidden Mountain to name a few. As Walt Disney World is near the city of Orlando, your virtual experiences do not only encompass the theme park. You should check out the Virtual Orlando Tour blog and check out attractions like Legoland and Madame Tussauds Orlando.

10. Fill Up Your Time with National Geographics 360 videos 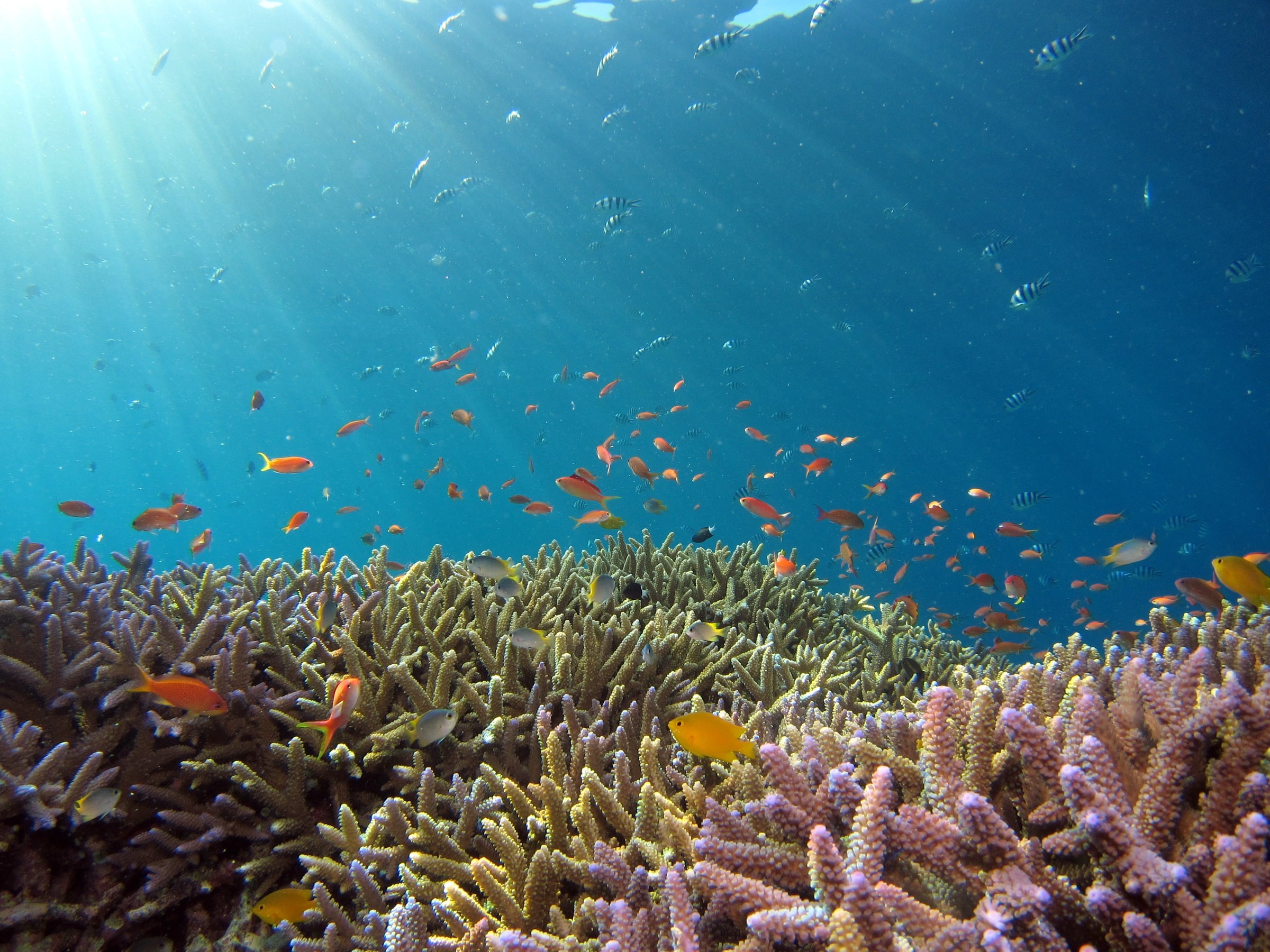 We are all not foreign with National Geographics, known to bring us the documentaries and magazines surrounding topics about science, geography and even the world culture and history.

There's no difference in the 360 videos that they produced, still informative and educative. But it will definitely bring about a new excitement while you scroll down the list of videos. Learn about the Coral reef and the effort to preserve them or get up close with the tiger sharks. When else will you get the opportunity to swim with them?

If museums are more up your ally, check out our past blog "10 Best Virtual Museum Tours In 2020", where we list museums around the world offering you a chance to visit them without being physically there.

There you have it, the 10 best virtual experiences to cure your wanderlust. The time we can start to travel again is still bleak but these videos might cheer us up a little. I have to say that some of the videos are therapeutic, a getaway from the hectic life. Give it a try, and for sure you will enjoy it as much as I did.

Suhanah is always traveling to find inspiration and tranquility. She works on shift based, writes during her free time and loves art.