Planning a Trip to Jakarta, Indonesia? Take A Trip Down To These 4 Historic Mosques! 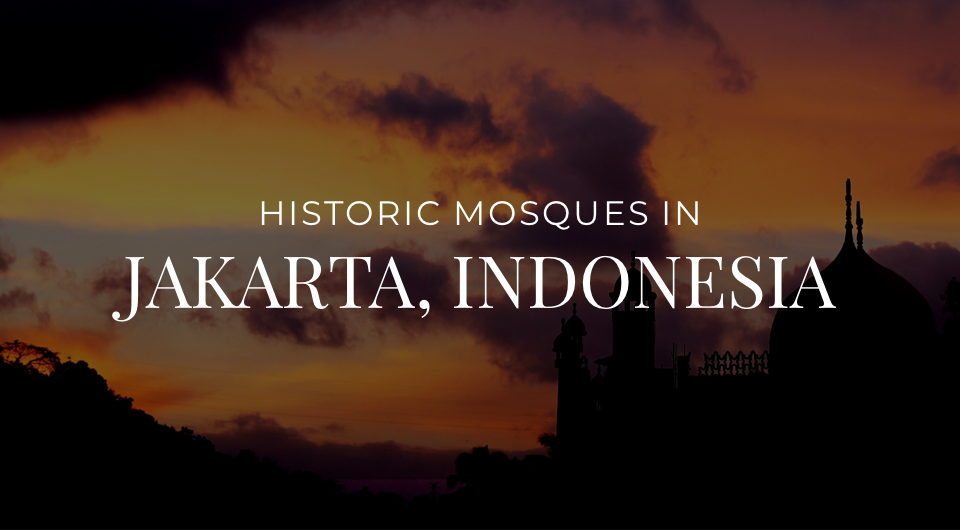 With the busy roads in Jakarta, it might take awhile for you to get around. So, why not make a couple of stops at these mosques during your journey.

Some of them might not be very instragrammable, but they are all worth the visit due to their rich history. Let's look at 4 of Jakarta's must-visit mosques! 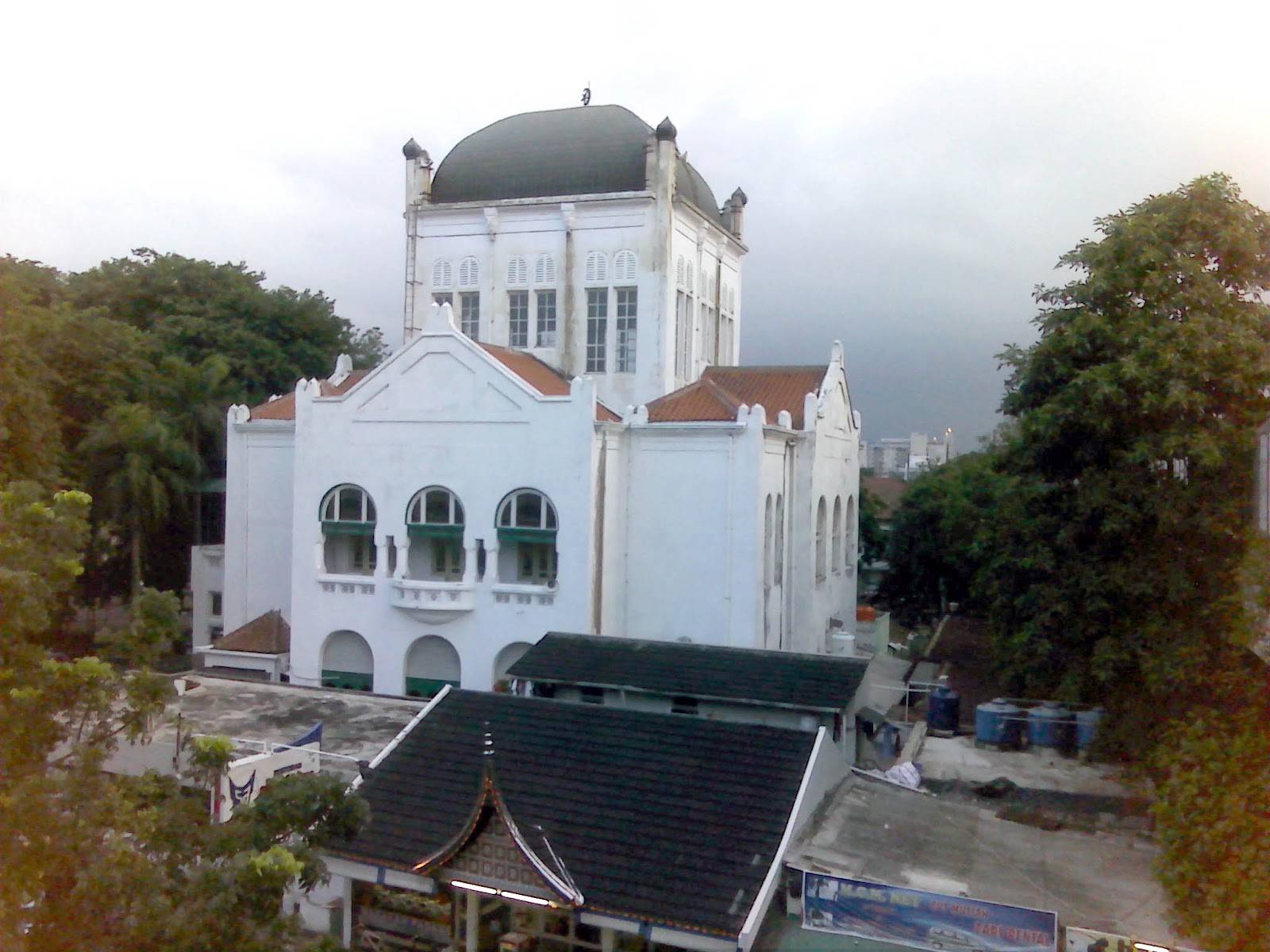 As a former colony of the Netherlands, Indonesia has many European-styled buildings in Jakarta, known as Batavia in the past.

One of them is N.V. Bouwploeg, the office of Dutch architect Pieter Adriaan Jacobus Moojen. Established in 1879, it has now been converted into the Cut Meutia Mosque.

The mosque is named after Indonesian national heroine Cut Nyak Meutia(1870-1910), who fought against Dutch colonizers in Aceh.

When governor Ali Sadikin led the capital city, he turned the two-floor building into a provincial mosque in 1987 to meet the demand of people who wanted to have a mosque in Menteng. The 950-meter-square mosque can accommodate around 1,000 people.

What’s unique about the mosque is its architecture that follows the Dutch Rationalist style and a ventilation tower in the center to control the temperature inside.

Cut Meutia Mosque is 1.3km from the Gondangdia train station. From the station, you can take a walk to the mosque. However, an easier alternative would be via a taxi, a motorcycle taxi(ojek) using Gojek or Grab. 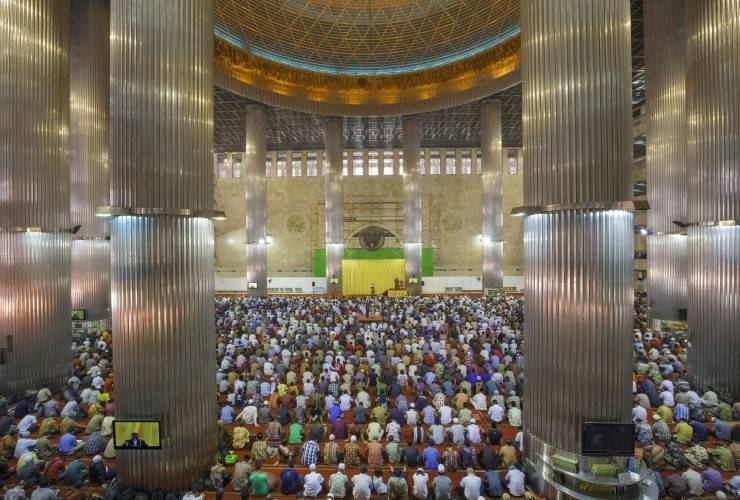 Istiqlal Grand Mosque is special, not only because it is the largest mosque in Southeast Asia, but also because of its location. It's positioned right next to Jakarta Cathedral Church and has become the symbol of inter-religious harmony and tolerance in Indonesia.

This magnificient mosque, which has been open to the public since February 1978, is also near the capital city’s icon and major tourist site known as the National Monument (Monas).

Istiqlal is an Arabic word which means independence. This mosque was constructed to commemorate Indonesia’s Independence Day on Aug 17 1945, hence the name.

The idea of making this grand mosque came from Muslim figure Wahid Hasyim, Indonesia’s first religion affairs minister. However, its design was made by Christian architect Friedrich Silaban.

Istiqlal mosque, which occupies 2.5 hectares of a total 9.3 hectares of land manages to accommodate approximately 200,000 people.

The mosque is huge but you do not need to worry about finding a way to get in because it has seven entrances. There are many public transports around but I recommend you to take a Transjakarta bus to avoid traffic congestion. Sunda Kelapa Mosque is unique because it looks like a boat. It also has no dome, star-crescent symbol, bedug(traditional drum) and other things that you are used to see in common mosques in Indonesia.

In Sunda Kelapa Mosque, the boat shape is a symbol of Sunda Kelapa Port, a famous port in Batavia in the 14th century which is now located in Jakarta.

At that time, many Muslim-Arab traders sailed their ships into the port for business. It was during this period that Islam was spread to the whole city.

Having existed since 1960, the mosque is located near the Vice President's official residence and the popular Suropati garden, where people like to hang out in the afternoon.

Unlike Istiqlal Grand Mosque, Sunda Kelapa Mosque does not have a Transjakarta bus stop nearby. Therefore, you would need to take a taxi or motorcycle taxi(ojek) Gojek or Grab to visit. 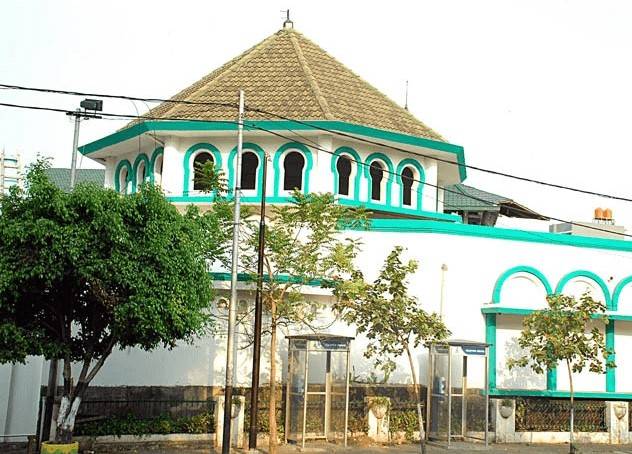 Jami’ Kebon Jeruk Mosque is the first Chinese-Muslim mosque in Jakarta that has existed since the era of Dutch colonialism in East Indies, now Indonesia.

It is constructed by Chinese-Muslim Chau Tsin Hwu and his wife, Fatima Hwu in 1718 on 1.5 hectare of land. They left China because majority of the Buddhist people there rejected their presence.

It is believed that they built the mosque to accommodate Chinese-Muslims in East Indies to pray because at that time, they were often mocked by locals when they prayed at common mosques.