Originally, the 2021 Africa Cup of Nations was set to take place in June and July of 2020. The event was delayed twice to January 2022, following the impacts of COVID-19 across Africa, due to the adverse COVID-19 epidemic at large during this time.

Cameroon is hosting the 33rd edition of the Africa Cup of Nations event as 52 matches will take place at six venues spread across the central African country.

The opening match and final will be played at the newly built Olembe Stadium in Yaoundé which has a capacity of 60,000 seats.

A total of 24 national teams from Africa are competing for the cup. The reigning champions are Algeria.

Let's have a look at some of the best Muslim football players in the tournament and discover which team they represent. 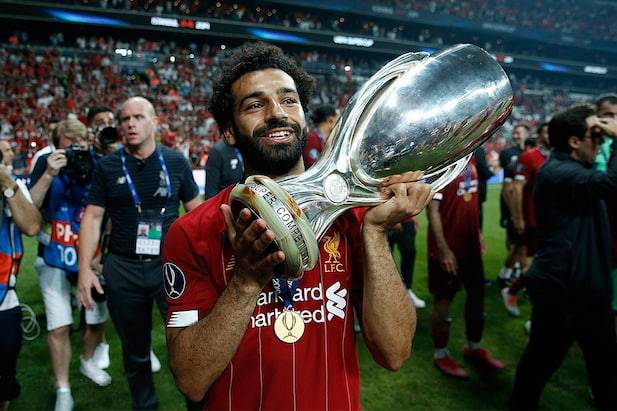 Leading Egypt from the front, Mohamed Salah is one of the best football players in the world at present. The Liverpool forward is famously regarded as the ‘Egyptian King’ for his dominance on the field.

With exceptional skill and an eye for goal, he is regarded as a fast, mobile, hard-working, and tactical player.

Watch out for The Pharaohs! 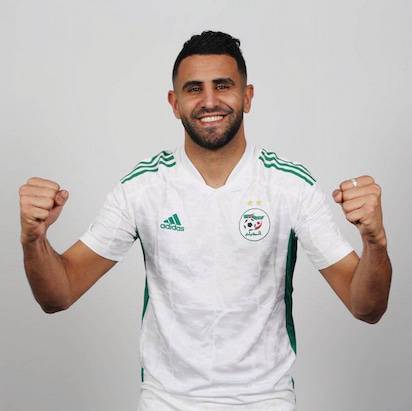 The captain of the Algerian team is well known across the world, his late winner against Nigeria sent his team to the finals of the AFCON 2019 which they won for the first time since 1990.

In 2016, he was the first African to win the Professional Footballers' Association (PFA) Player of the Year award. Mahrez also became the first Algerian to win a Premier League medal when Leicester won the Premier League in 2016.

He won the BBC African Footballer of the Year award in December 2016. In 2018, Manchester City confirmed the signing of Mahrez on a five-year contract. The transfer fee of £60m made Mahrez the most expensive African footballer.

The gifted left-footed tactician is known for his trickery, balance, turn of speed, flare, and dribbling skills. Mahrez has created his own special skill move known as "La spéciale," in which he fakes a shot with his left foot before flicking the ball behind his right foot and running past his opponent.

Keep an eye on the captain of the defending champions! 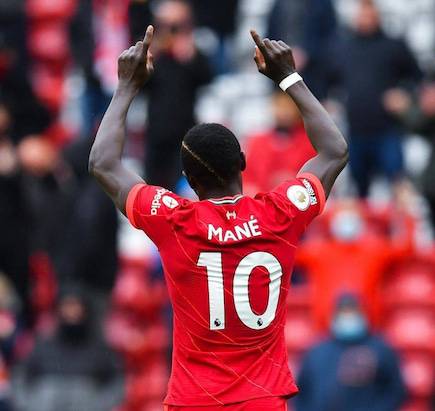 Sadio Mané helped Senegal to a runners-up finish at the AFCON in 2019.

Mané’s style of play is generally of high intensity and concentration with dynamic bursts of sprint making him a very difficult opponent to defend against.

Mané was instrumental in helping Liverpool end its 30-year league title drought by winning the 2019–20 Premier League. In October 2021 he scored his 100th Premier League goal, becoming the third African to reach the landmark.

He currently ranks as his nation's second all-time top goalscorer, and fifth all-time for appearances. Mané beat Mohamed Saleh and Riyad Mahrez to win his first African Footballer of the Year award.

Mané decided to release a video on social media ahead of their tournament opener positively claiming his side would reach the final, as he wished Salah and Keita good luck with Egypt and Guinea respectively. 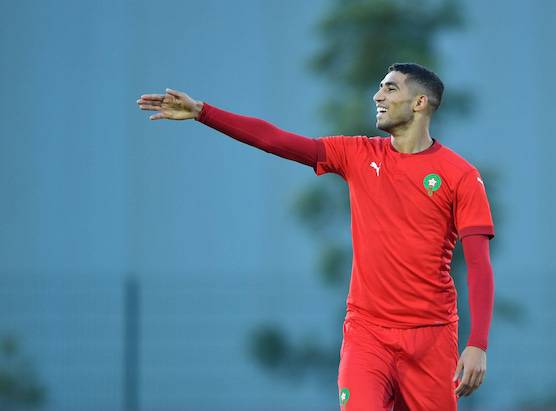 At such a young age, Achraf Hakimi has shown such confidence and attacking prowess playing as a right-back or right-wing back.

Hakimi is a tactically and technically skilled defender who can make long, precise passes. In addition, the PSG player is the most expensive Moroccan player in the five major leagues.

His international debut came in 2016 against Canada. Hakimi has been named the best young African player in both 2018 and 2019, as well as the Globe Soccer Award for the finest young Arab player in the globe in 2019.

Will Hakimi’s energy spark the Moroccon team for the championship? 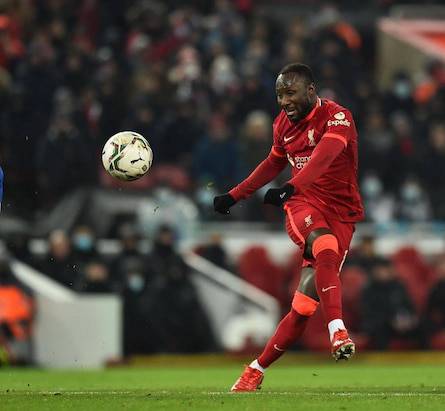 Naby Keita is a center midfielder for Liverpool in the Premier League and for the Guinea national team.

He has won the UEFA Champions League, FIFA Club World Cup, and Premier League at Liverpool proving to be well experienced on the big stage.

Keita can distribute the ball with great range and accuracy while also scoring goals.

Those are just some of the players you need to watch this 2021 AFCON! Can reigning champions Algeria defend their title? Or will another nation rise up to clinch the title? Let's all watch on and enjoy some rounds of exciting football!

Have we missed out on your favorite players? Drop us your suggestions in the comments below.

You might be interested in our other article "Top Muslim Football Players in the English Premier League 2022/23" where we list out some other Muslim players playing in the EPL.