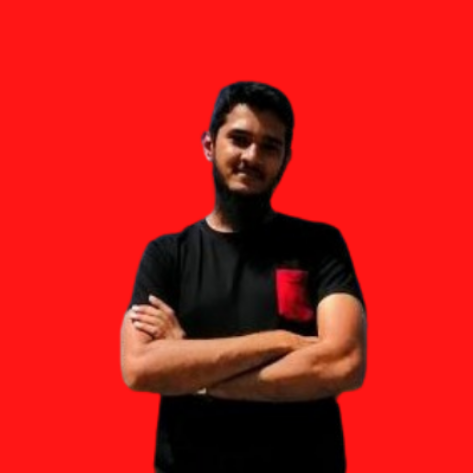 Football, (aka Soccer) has an estimated fan base of 3.5+ billion people around the world. It is one of the most-watched sports around the globe which represents players from different nationalities and backgrounds.

Most nations have their own football leagues which offer young talent to grow all over the world showcasing the best skills and sportsmanship. The English Premier League (EPL or BPL) is hailed to be the best league in the world due to its competitiveness, mix of players, and viewership worldwide.

Let's have a look at the top Muslim Football Players in the English Premier League season-by-season!

Also check out other Muslim footballers that were awarded some of football's biggest awards such as: 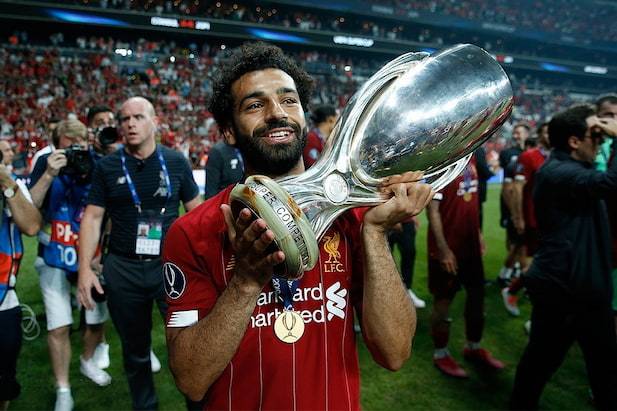 Mohammed Salah will now extend his stay at Anfield after signing a deal with Liverpool, ensuring that he will be "running down the wing" for another three years. He has already produced an incredible 156 goals in 254 games.

The 30-year-old is presently ranked ninth as the all-time Liverpool's leading goalscorer.

Interesting Fact: To get to training, young Salah had to travel nine hours round trip in different buses from his birthplace to Cairo. He did this for over four years, five days each week. 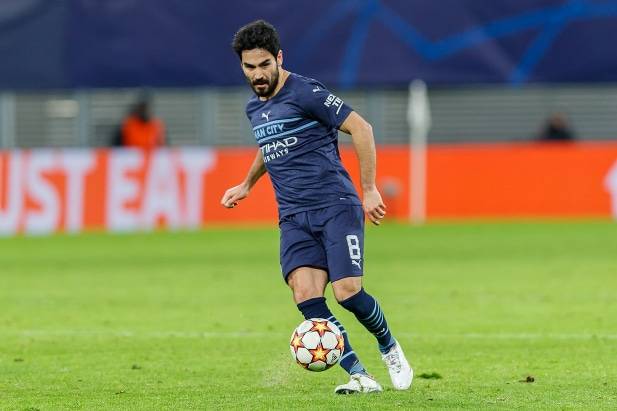 İlkay plays as a midfielder for Manchester City in the English Premier League and for Germany's National Football Team. He is a key member of the squad and one of the manager's first names on the team-sheet.

On the final day of the 2021/22 season, Ilkay Gundogan scored a heroic brace to help Manchester City win the Premier League in the most dramatic fashion possible.

Beginning in 2021, Ilkay began assisting UNHCR by utilizing his public platform to promote awareness of and generate money for refugees all over the world. The UNHCR launched a winter campaign in January 2021 with the goal of assisting refugees who were struggling with the harsh winter conditions in several Middle Eastern nations.

Interesting Fact: İlkay literally means First/New Moon and Gündoğan translates to the dawn of the day and is traditionally a name given to a baby born at sunrise. 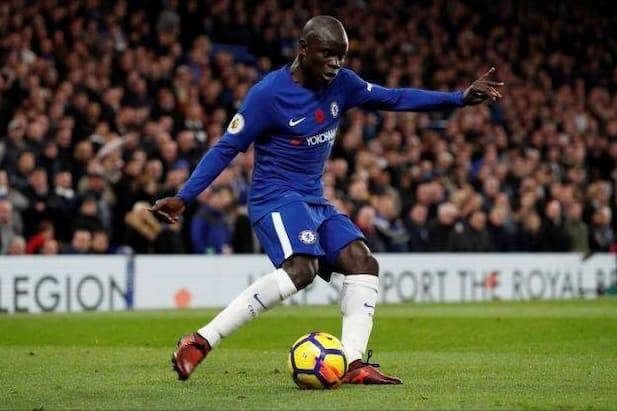 Since joining Chelsea in the summer of 2016, N'Golo Kante has solidified his position as perhaps the best ball-winning midfield midfielder in the world.

In the dawn of 2022, Kante was selected for the UEFA Men's Midfielder of the Year award, included in the FIFA FIFPro Men's World 11, and made the Ballon d'Or shortlist.

Interesting Fact: Kante was too shy to hold the World Cup trophy during the 2018 World Cup celebrations. To allow the humble midfielder to hold the trophy, his teammates had to step aside. 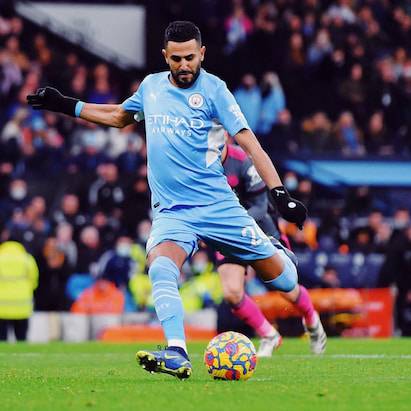 Riyad possessed great technique, control, and skill from a young age, making it obvious that he had magic in his boots.

The elegant Algerian winger turns defenders inside out with his trickery and technique, making him a joy to watch.

Mahrez shone throughout the 2021/22 season, ending the campaign as the top scorer with 24 goals from 47 games.

After an outstanding season, he was a close second in the voting for the Etihad Player of the Season.

Interesting Facts: When Mahrez’s brother, Walid, who is also his manager, told him about Leicester City, he thought it was a rugby club. 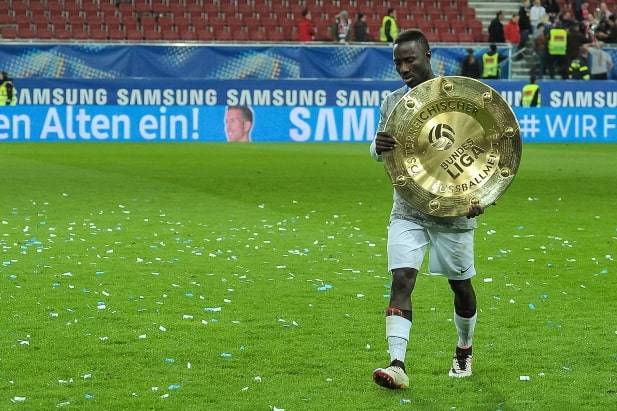 The international player for Guinea dons Liverpool's No. 8 jersey and frequently uses the middle of the field to display his impressive range of abilities.

He possesses a rare and useful combination of skills, including the ability to tackle, take on defenders, intercept, switch the play, transition swiftly, dissect or neutralize the opposition, and control the tempo of his team. 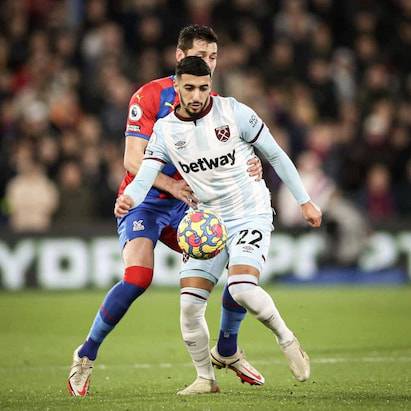 In 2020, West Ham paid about £21.75 million for the Algerian international, who became the third most expensive player in the club's history.

He scored eight goals for West Ham United in the 2021/22 season, along with six assists.

Interesting Fact: Saïd has six sisters and one brother, and he is the youngest. 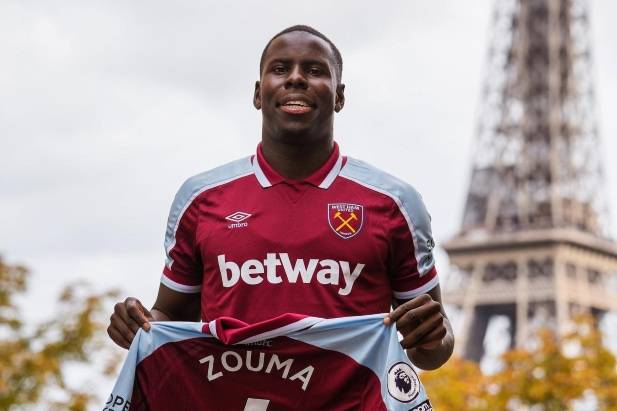 In his first season, Zouma provided the West Ham defense with experience and leadership, enabling them to get to the UEFA Europa League semifinals.

He scored his first and only goal of the 2021/22 season against Liverpool, which won his team the match 3-2.

Zouma was spotted in Mecca in 2019 alongside his friend Paul Pogba.

New Muslim players to watch out for in the Premier League:

Let's have a look at some of the best Muslim football players in the English Premier League (EPL) for the 2021/22 season and discover which team they represent.

Mohammad Salah is probably the world's most well-known Muslim footballer.

Salah, a right-winger/striker for Liverpool and Egypt, is known for his exquisite dribbling and fantastic finishing, which aided him shattering the single-season goal record with 32 goals and 10 assists in the 2017/18 season.

Mohamed Salah, often nicknamed as “The Egyptian King”, "The Pharoah" or "The Egyptian Messi" by fans throughout the world, is without a doubt one of the finest football players on the planet.

Kante joined Chelsea from Leicester City, where he so memorably played a major part in the Foxes’ Premier League triumph the previous season.

Ngolo Kante's journey to the top as a midfield general is pretty inspiring.

Riyad Mahrez made his Manchester City debut in the opening day win against Arsenal in August 2018 and scored his first goal in the 5-0 win over Cardiff City in September 2018.

Mahrez is known as the “Algerian Jewel”, he is the first Algerian to score a Premier League hat-trick. At his best, the silky-skilled Algerian playmaker is both unplayable and a joy to watch.

Paul Pogba is widely considered as one of this generation's most brilliant midfielders.

In 2016, he signed a five-year contract with the former club Manchester United for £89.3 million. His haircuts are legendary, and he is known for his imaginative goal celebrations.

His tremendous fitness, magnificent passing range, and great eye for goal have only gotten better with time, cementing his position as one of the best players in Manchester United.

Asked what being a Muslim meant to him in The Times’ new LifeTimes podcast, Pogba said: “It’s everything. That’s what makes me thankful for everything. Islam is just this – respect of humanity and everything.”

Mane, who plays with Salah and Roberto Firmino on the left side of Klopp's lethal front three, is a versatile attacker who combines fast pace and merciless finishing with great tactical knowledge.

Sadio Mane has established himself as one of the top attackers in the world. He was named African Footballer of the Year in 2020.

Ilkay Gundogan joined Manchester City in the summer of 2016.

At Manchester City, Gündoğan is used in a number of midfield roles at Manchester City, including as a holding midfielder, demonstrating his numerous attributes such as vision, work rate, technical skills, and adaptability.

He is a key member of Pep Guardiola's squad and one of the manager's first names on the team sheet.

Antonio Rudiger joined Chelsea from the Italian side Roma on 9 July 2017. He signed a five-year contract.

Rudiger is a fierce tackler who is fast on his feet and commands the air. Despite spending most of his career in center defense, he is comfortable at the fullback position as well.

Rüdiger was selected in the German squad at the Euro 2020 and played every single minute of their campaign. He was instrumental in their 4-2 win over Portugal.

The Algerian international joined West Ham as the third most expensive player in their club history for a fee of roughly £21.75m in 2020.

Saïd Benrahma is a unique talent capable of unlocking any defense and scoring spectacular goals.

Benrahma scored his first international goal in a 4–0 away triumph against Djibouti in the 2022 FIFA World Cup qualifiers on November 12, 2021. He was called up to Algeria's 2021 Africa Cup of Nations team and is currently on international duty at the African Cup of Nations 2022.

Born in Egypt, Salah began his professional career with the Egyptian club El Mokawloon followed by joining FC Basel in Switzerland. After short spells at Chelsea, Fiorentina, and Roma he finally joined Liverpool for a then club-record fee of £36.9 million.

His magical performance also handed him a third spot for the 2018 Best FIFA Men's Player award.

In the 2018/2019 season, Salah was the top join goalscorer and led Liverpool to win the UEFA Champions League.

Famously known as the "The Pharoah" or "The Egyptian Messi" by fans worldwide, Mohamed Salah is easily one of the best football players around the world. Salah’s trademark goal celebration often involves performing Sujood.

Fun fact: During the 2008 presidential elections in Egypt, more than one million people added Salah’s name on their ballot paper casting him their vote. Salah would have been the second-best choice for the presidency had the votes been counted as legal.

Born in France, Pogba began his career with the Ligue 1 side Le Havre in 2007. Two years later he moved to Manchester United. Lack of chances led him to join Juventus where he established himself as one of the most promising young players in the world.

In 2013 he was awarded the Golden Boy title followed by the Bravo Award in 2014. Pogba made it into the 2015 UEFA Team of the Year, 2015 FIFA FIFPro World XI, and also helped Juventus reach the 2015 UEFA Champions League Final.

Asked what being a Muslim meant to him in The Times’ new LifeTimes podcast, Pogba said: “It’s everything. That’s what makes me thankful for everything. Islam is just this – respect of humanity and everything.”

Fun fact: Pogba's nickname is "Pogboom" because of his amazing long-range shots given by his brother.

Born in France, Mahrez began his career at the French club AAS Sarcelles. He turned professional in 2009 with Quimper followed by joining Le Havre. After three years in 2014, Mahrez signed for English side Leicester City.

Manchester City signed Mahrez to bolster their team in 2018 as they marched on to win the Premier League, FA Cup, and EFL Cup.

Fun Fact: Mahrez is known as the “Algerian Jewel”, he is the first Algerian to score a Premier League hat-trick.

Born in Germany, Özil started his journey with Schalke 04, his hometown club. Later he moved to Werder Bremen in 2008 where he won the DFB-Pokal in his first season at 19 years of age. His talent was scouted by Real Madrid which led to a move there in 2010. He was instrumental in helping Real Madrid win a La Liga title, with the highest league assists for three straight seasons.

In 2013, Arsenal signed Özil for a club-record transfer fee of £42.5 million (€50 million), making him the then-most expensive German player of all time. At Arsenal, Özil has bagged three FA Cups and contributed to ending Arsenal's nine-year trophy drought while recording the second-most assists ever (19) in a Premier League season.

Özil has been awarded 5 German Player of the Year awards, a record held by none before. At the 2010 FIFA World Cup and UEFA Euro 2012, he held the most number of assists.

Fun fact: Did you know Mesut Özil is Lactose intolerant? The playmaker described the condition as “so unfair” as he is a self-confessed ice-cream addict.

Born in the Netherlands, Ziyech began his career at Dutch club Heerenveen in 2012 followed by moving to Twente for two years. Ajax signed Ziyech for a 5-year deal in 2016, one of his most prolific seasons was in 2018/2019 where he scored 16 goals with 13 assists.

He was named in the 20 best players list for the UEFA Champions League 2018–19 season while also being ranked 29th in The Guardian's list of "The 100 best footballers in the world". In 2020, he joined Chelsea for a hefty transfer fee of €40 million.

Ziyech also represents Morocco at the international level as he was selected for their 23-man squad for the 2018 FIFA World Cup as well as the 2019 Africa Cup of Nations.

Fun fact: Hakim Ziyech's nationality is Dutch-Moroccan. He could play for both national teams but opted to defend the shirt of Morocco.