Discovering the Attractions in the "Stone City" of Tashkent, Uzbekistan

Xush kelibsiz or welcome to Uzbekistan! This is where your journey typically starts and marks your adventure. As the capital of Uzbekistan, Tashkent is a perfect start for visitors from various countries of the world. Serving as an important business city and as the cultural center of the country, the now modern Tashkent actually serves as a trading center in the past and was also a part of the legacy that Silk Road left, as it was rebuilt and profited after the destruction of the city. Completed with the blend of history and the present times, Tashkent would definitely deliver the unique experience into an unforgettable journey. Here are attractions that you should visit in Tashkent: 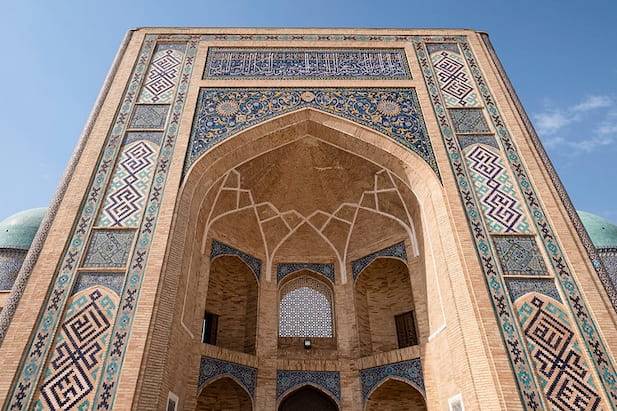 Interested in learning more about Islam in Tashkent? This complex would answer your questions. Once upon a time lived an Imam named Kaffal ash Shashi, a scholar, religious figure, and the “Holy Imam of Tashkent”. His contribution to the city is always remembered by the city of Tashkent, hence why the complex was built near the burial place of the “Holy Imam”.

The complex itself is a cultural capital for Muslims and is famous for its medieval architecture with charming ornaments. There’s a library that you also need to visit during the trip as you can see the Quran of the third caliphate, Utsman. The complex itself is also the home of Qaffal Shashi mausoleum, Barak-Khan madrasah, Tilla Sheikh Mosque, Muyi Muborak madrasah, Namozgoh mosque, and Imam al-Bukhari Islamic Institute. Worth visiting to start your Uzbekistan trip! 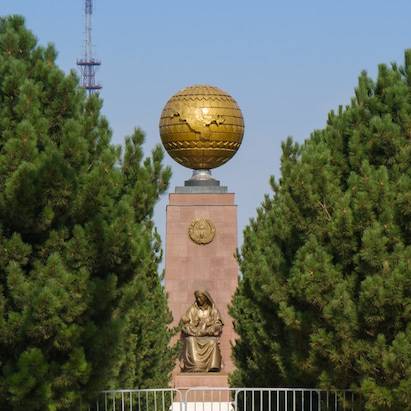 Mustaqilik Maydoni reflects the splash of past Uzbekistan and its history. Mustaqilik Maydoni or the Independence Square was built in 1991 to symbolize the independence of Uzbekistan. Now, the square functions as the central square where you can expect celebrations and military parades during special events or holidays. However, the story of the square dates back as late as 1865 and functions as a military fortress. In the middle of the square, you’ll be able to see the main monument of the square, the Independence Monument.

The monument reflects Uzbekistan’s revival as an independent state, as also shown by the depiction of the monument which consists of a golden statue of a mother (the motherland), a baby, and a globe with a map of Uzbekistan. Within the perimeter, you can also visit the Ankhor River, Arch of Ezgulik, Memory and Honour Square, Tomb of the Unknown Soldier, and other remarkable areas within the square. 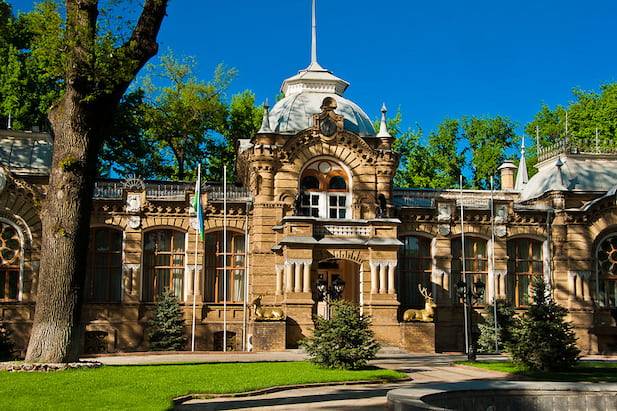 Searching for something unusual and different in Tashkent? You can try visiting Romanov’s Palace during your trip to discover more about the industrialization and growth of Tashkent. Although has served different purposes throughout the years such as the museum of arts and now as a reception house of the MFA of Uzbekistan, the Romanov’s Palace used to function as a private residence of Prince Nikolay Konstantinovich Romanov, the banished prince that is dubbed insane, yet contributed a lot on improving the local area through his personal fortune.

The palace was built to showcase his art collection as a part of his development program, hence why we can see that the architecture of the palace is deemed modern and trendy compared to the city it was located in at that time. The building was decorated with carved grids, towers, and unique-shaped windows, creating an elegant feeling in the palace. The palace is also decorated with bronze deers, hunting dogs, and a large garden that was created by one of the most famous botanists and pharmacists in Tashkent, I.I. Krause. The interior of the palace is also decorated beautifully, with dark oaks, carved decorations, and golden paintings that are spread throughout the halls of the palace. If you’re a fan of the arts, then Alisher Navoi Theatre is the perfect place for you. The theatre is a national pride and had preserved millions of national and international classical art heritage over more than eight decades. The theatre also shows diverse works in the repertoire, ranging from classic works that are internationally well-known to folk tales/pieces that are native to the country.

The theatre was built and opened to the public in 1947 and was named after the great Chagatai writer and litterateur, Alisher Navoi. The building was designed by Alexey Shchusev, therefore carried some early Stalinist architectural types or known as Eastern Bloc influence to its design. The building had a mix of simplified art deco with post constructivist style and is decorated with porticos and columns. Due to the sheer size of the stage, building, and complex of the theatre, it also held the status of Bolshoi Theatre, translated to English as big, great, and grand.

If you visited Romanov’s Palace during your trip, make sure to drop by at Amir Temur Square. The square is also one of the main town squares of the city, right by the center of modern Tashkent. It is also surrounded by the city’s most important and grandiose architectural structures in the city, such as Hotel Uzbekistan, the University of Law, and so on. The square itself was first designed in 1870 and went through several changes, notably on the surrounding complex and the main monument. Nowadays, you’re able to find Amir Timur’s statue, museum, and Tashkent Chime (the clock towers) within the square.

Leaving so soon? Make sure to visit Chorsu Complex before you went home! The Chorsu Complex is a popular attraction as an exhibition venue for history and ancient architecture, and a place for you to hunt for local bazaars and shopping trips. Located in Shakirasabz, a city with a predicate of UNESCO’s World Heritage City, the Chorsu Complex is one of the most visited places, and as such, you should too!

There you have it! These are attractions that you must visit during your trip to Tashkent. Download the HalalTrip Mobile App to find all the mosques and halal restaurants nearby and have a better travel experience as a Muslim.