Discover The Charm Of Bosnia and Herzegovina

When most people hear the word ‘Bosnia’ the image that comes to mind is probably one of war. Understandably so, since World War I started there, and the genocide that took place was as recent as 1995. Even though it was more than twenty years ago, the horrors that took place are hard to forget. While Bosnia and Herzegovina might not be on many travellers’ lists, the history and charm of the place – not to mention how it has rebuilt itself after so much destruction – is something that has to be seen to be truly appreciated. If you are looking for a holiday that takes your breath away as well as fulfils you, this is definitely the place to go. 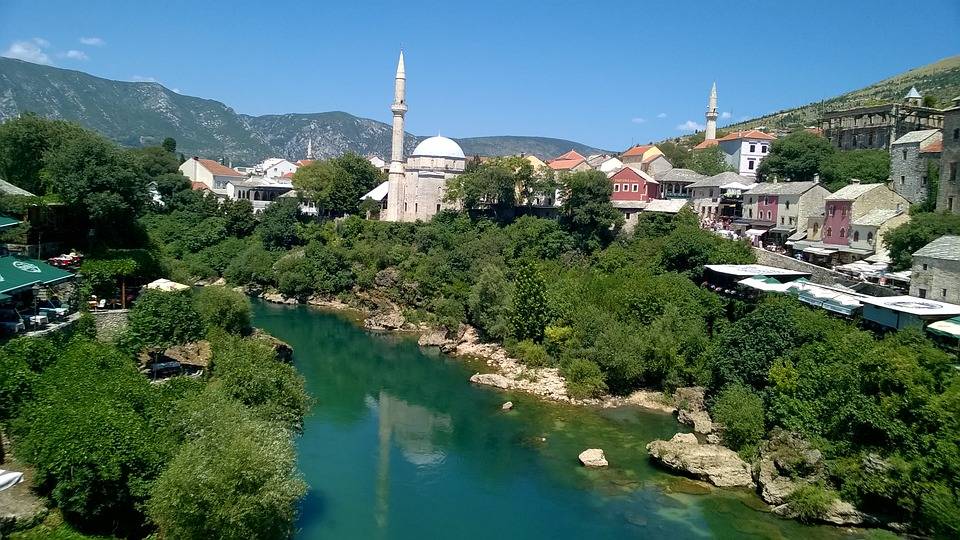 Majority of the population is Muslim as it was once part of the Ottoman Empire, but it also has such a rich cultural mix because it was then part of the Austro-Hungarian Monarchy until World War I. Many places, especially the capital city of Sarajevo, have an East meets West vibe in terms of architecture due to these historical influences. It is not hard to find nearby Halal food places in Bosnia and Herzegovina as a large number of them do serve Halal food, even if they do not mention it specifically. Since there are also places that serve alcohol, a quick check with the waiter should settle your concerns about the menu. People of this region eat more meat like beef, lamb and veal, so if you are a meat-lover, you are in for a treat! Their version of kebab is a meat mix baked in an old-school oven which gives it an amazing smoky flavour. The fact that Halal food is so cheap here is also an added bonus! Bosnia and Herzegovina also have Halal hotels like Malak Regency Hotel and Pino Nature Hotel in Sarajevo where you can find Halal food. 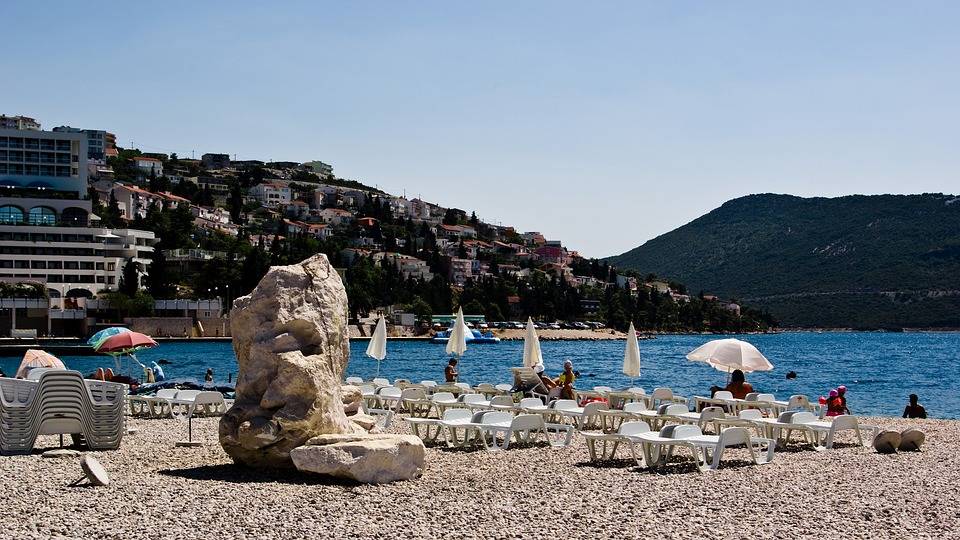 The landscape of the country is coastal, mountainous and flat, depending on the region, so Bosnia and Herzegovina weather is regular hot summers and cold winters inland, colder on the mountains, and the Mediterranean in the south. In terms of a beach holiday, the land doesn’t offer much more than the seaside town of Neum, but its breath-taking natural beauty elsewhere makes up for the small offering. It is hard to pick a perfect spot in Bosnia and Herzegovina but Vrelo Bune with its gushing spring in the middle of steep cliffs and greenery all around is pretty spectacular.

Other attractions you can’t miss out on 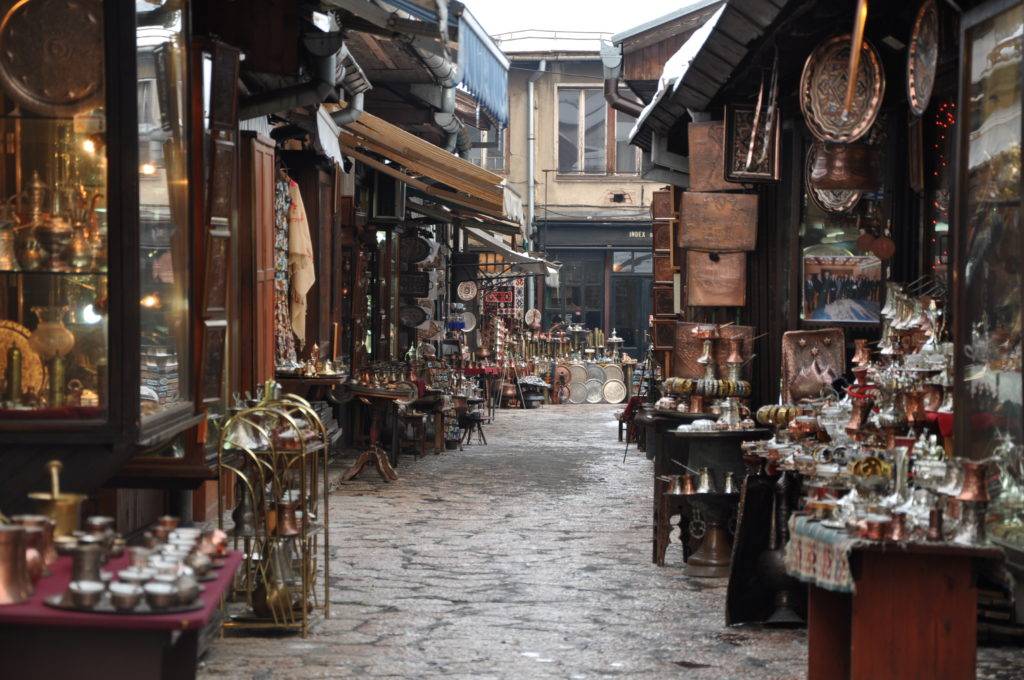 In Sarajevo, Baščaršija, or Pigeon Square as it is nicknamed, is a popular spot for tourists. While the entire city is such a delightful merge of cultures and the old and new – not to mention mosques and churches in close vicinity – Pigeon Square is where you can find delicious eats and get your local shopping done. Make sure you bring along an empty suitcase to take your wares back home! Don’t forget to stop by the bridge that made history – where the Archduke of Austria, Franz Ferdinand, was assassinated – the spot that started World War I. Visit the Tunnel of Hope that was built in 1993 and was the locals in Sarajevo’s main lifeline to food and the outside world; and then feel your heart break a little bit more as you take in the documented horrors of the war at the Sebrenica Genocide Exhibition. Understanding the history of the country will truly allow you to appreciate your stay there more. The people are incredibly warm and helpful despite having gone through so much for so long, and you can only really understand that by visiting these historical sites. 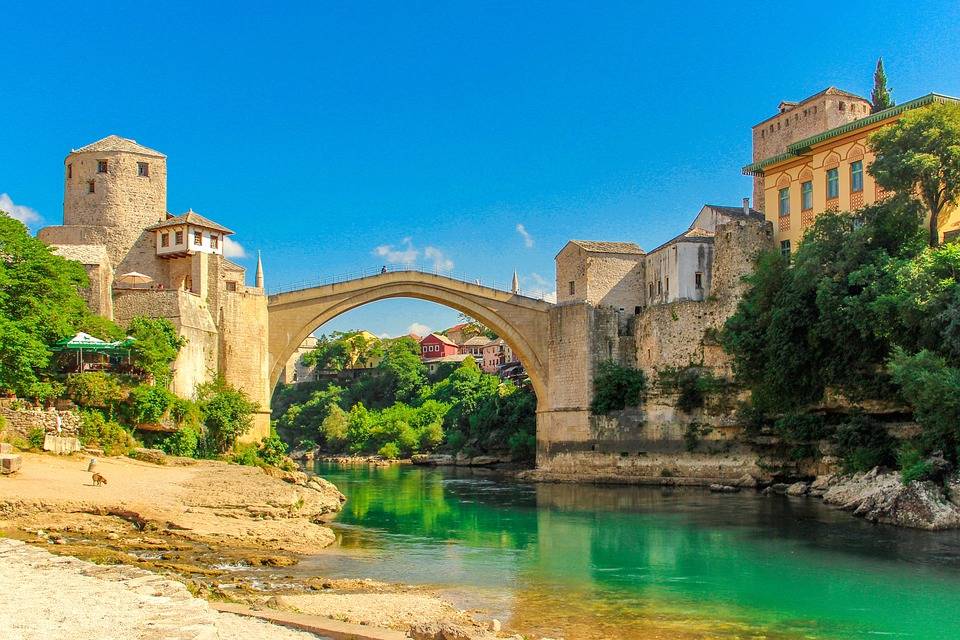 One of the most famous places in Bosnia and Herzegovina is Stari Most, or Old Bridge, in Mostar. The bridge that was originally built between 1557 and 1566 is iconic not just because of its age, but because after being bombed down in the war, the people managed to rebuild it after much difficulty in raising funds – as is such after a war – and with help from several organisations who donated to the cause. The bridge now stands a symbol of peace and reconciliation. Besides its rich history, it is a lovely sight to behold especially at sunset and at night when it reflects light beautifully. 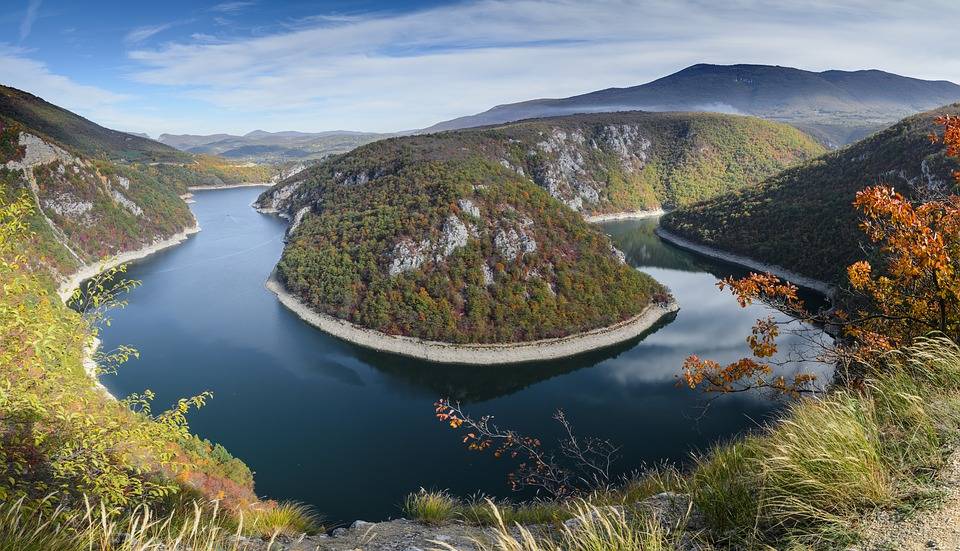 Vrbas Canyons is a natural adventure-sport playground that offers seasonal guided canyoning, hiking and rafting, as well as night-rafting at Tijesno Canyon with advanced notice. Take in the view of the Jajce waterfall that drops from 21 meters high, or climbs the pyramid hill of Visočica. Mehmet Paša Sokolović Bridge is the perfect place for a gorgeous picture with mist rising off the river at sunset and canyons in the background. The 10-arch bridge built in 1571 is one of the main attractions in Višegrad with little wonder – talk about ancient architecture! Bjelašnica, 30 kilometres from Sarajevo is one of the rare places that offer night skiing in the winter, and the chance to explore magical mountains and villages in the summer.

Prayer places in Bosnia and Herzegovina 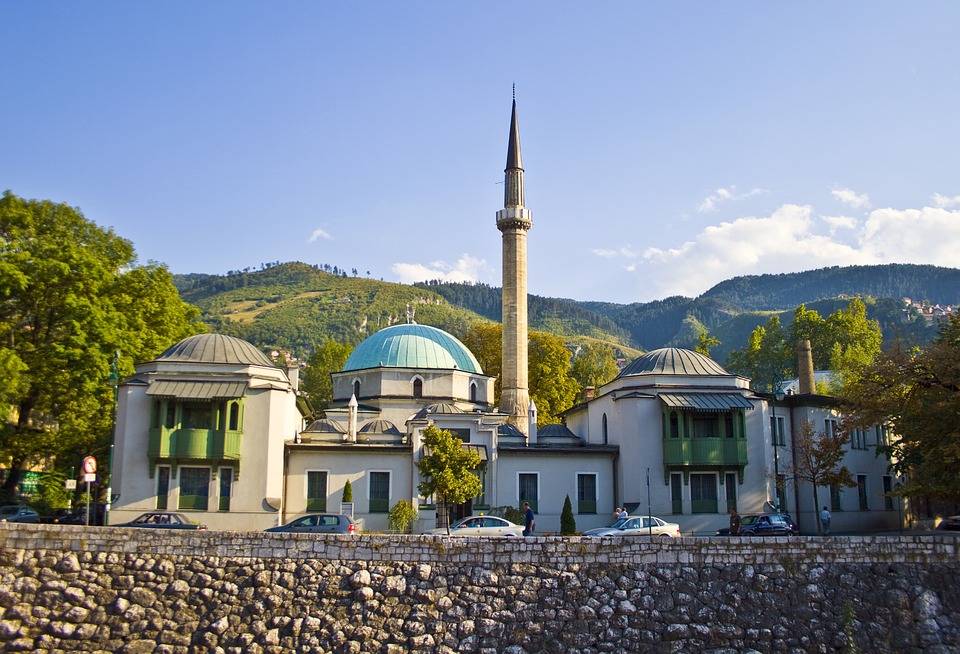 There are plenty of mosques due to the Muslim majority so you don’t have to figure out how to find prayer places and mosques in Bosnia and Herzegovina. Sadly a great number of Islamic places of worship were destroyed during the war in 1993, with many of them going back to the 1500s when they were built during the Ottoman reign. Some are under reconstruction and restoration, while others are preserved as national monuments. There are great mosques in Bosnia and Herzegovina that are good to visit as well as pray in. The ease of access to prayer places and Halal food make it really easy to have a Muslim-friendly holiday to Bosnia and Herzegovina.