Dive Deep into the Food Culture of the UK

When we think about UK food culture, we synonymously relate it to British food culture. But what is British cuisine? All-day English breakfast, fish and chips, and afternoon tea may be the first things that come to your mind.

The truth is, UK food culture is a culinary melting pot with its traditional meals and world-renowned international cuisines. In this article, we will explore how this island country developed its rich flavors, attracting tourists from all across the globe.

While bread has always been a staple since the beginning, many popular British ingredients such as bacon, sausages, and spices were introduced by conquerors of the UK. There are also claims that the fish and chips were brought in by Jewish immigrants.

Towards the 18th and 19th centuries, the heavy influence of Indian spices began trickling into traditional British cuisine. This led up to the creation of the most popular food in the UK, the Chicken Tikka Masala, an Indian creamy dish to satisfy the British need for a gravy-filled meal.

Traditional British Foods In The UK 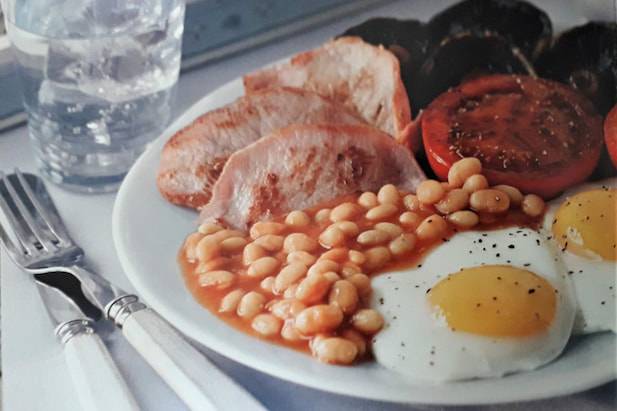 Image Credit: Elle May from Unsplash

Stemming from an Anglo-Saxon tradition in the 13th century, the English breakfast was the perfect meal for a hearty and scrumptious breakfast. It is sometimes known as a "fry up" in parts of the UK. It usually consists of sausages, eggs, tomatoes, toast, and mushrooms and is paired with either coffee or tea. Get our guide for your English Breakfast Fix in London.

In with a bang with this popular dish! This meal consists of sausages over mashed potatoes layered with gravy. The word Bangers came from World War I where water was used to fill meat sausages due to a meat shortage, resulting in the sausages exploding when cooked. This meal is a staple in pubs and breakfast restaurants.

Sunday Roast originated as a celebratory meal after Sunday church service where Roman Catholics and Anglicans at that time were only allowed to consume meat and dairy on Sundays. Today, you can consume Sunday Roast at any time of the week, although most still practice the tradition of having it only on Sundays.

The Sunday Roast consists of Yorkshire pudding, roasted beef meat, and a side of vegetables. 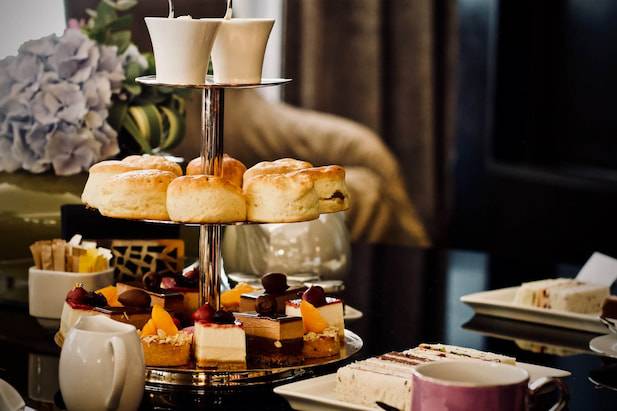 Afternoon tea started as a high society affair where the rich had it with a light snack and tea to fill up their stomachs between lunch and dinner. Today, you will see an assortment of desserts and snacks that are sometimes too pretty to eat! A signature dish on the afternoon tea is scones with clotted cream, a traditional British dish.

Also, contrary to popular belief, it is considered rude to raise your pinky when drinking tea!

Unusual British Food and Its Names in the UK 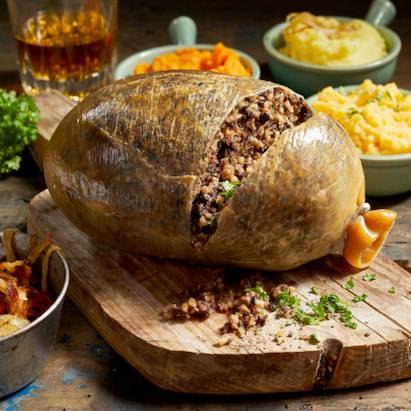 Haggis, a Scotland national dish, is a savory pudding that is perfect for meat lovers. Traditionally, it consists of cooked sheep's pluck with onion and spices encapsulated by an animal's stomach. Haggis came about in the olden days when hunters need a fix to cook quick-spoiling meat using limited resources. Hence the animal's stomach as a vessel was born.

Haggis is usually served with "neeps" (turnips) and "tatties" (potatoes). It is also served on Burns Night on January 25th to celebrate the legacy of Scottish poet Robert Burns.

Black pudding is blood sausage made out of pork or beef blood combined with oats or barley. It is, therefore, not Halal and has no halal alternative. Black pudding is sometimes served at an English breakfast.

You have never been to London if you have not tried jellied eels! While it may not seem like everyone's cup of tea, jellied eels are known as London's cheap and nutritious dish served with pie and mash, and hence you can find them at such restaurants.

Using freshwater eels, chopped eels are boiled with water, vinegar, nutmeg, and lemon juice and later cooled to form a bowl of jellied eels. The taste is slightly salty without any "fishy" smell, but the texture may be off-putting for some. Don't eat the bone though!

This hard-to-pronounce dish is not synonymous with a fairy tale character that rhymes the same. It is a warm Scottish meal consisting of 3 ingredients: potato, cabbage, and onion. The unique name is onomatopoeic as if the sound of vegetables mashed together. This is a great way to use leftovers from a hearty dinner. 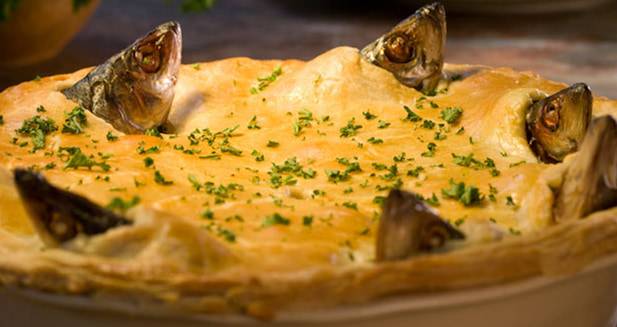 It's a starry starry night for the stars of this dish. This pie has sardine fish heads peeking out the edges of the pie as if stargazing into the sky. The unique Cornish dish was made by a local fisherman named Tom Bawcock from the village of Mousehole who helped a starving village with these baked pies consisting of potato and egg.

International Cuisine in the UK 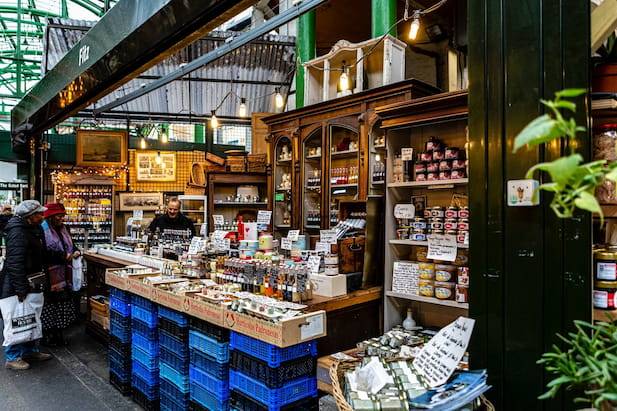 The best way to experience local food and produce is by walking through London's street food markets. London's famous Borough Market is a must-visit. It has renowned stores such as Kappacasein for its cheese toasties, Bread Ahead for its fresh bakery, and Richard Haward's Oysters for the tastiest oysters.

If you prefer a dine-in option, Mowgli Street Food has over 15 branches around the UK offering authentic yet affordable Indian street food cuisine with Halal, gluten-friendly, and vegan options. Give their Tamarind fries and tapas a try!

There is no doubt the United Kingdom is home to multiple world-renowned restaurants. A number of them are Michelin Star restaurants that are worth a try.

We hope this gives you insights into the wonderful food culture in the UK. Give some of these items a try, especially the jellied eels and stargazy pie. Do let us know in the comments how it tastes and whether it is a hit or miss for you.

If you enjoy this article, share it with your friends so you can go on a foodie adventure together!