Bali, is the ideal holiday destination to rejuvenate your thoughts. A land where nature meets culture, with jaw-dropping views, spectacular waves, and stunning sunsets. Enter into a very exotic and warm atmosphere that will leave you breathless. While Bali is renowned for its beauty and staggering beaches, visiting its mosques will plunge you into a spiritual realm that is otherworldly.

Find a Halal Hotel in Bali 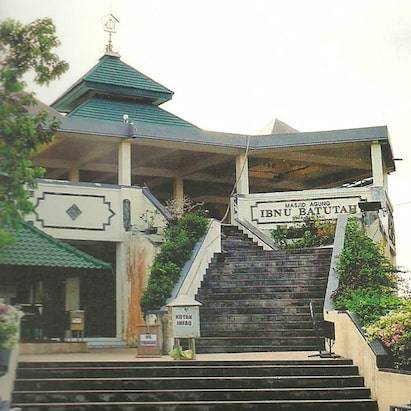 Located in Nusa Dua, the Masjid Ibnu Batutah shares ground with a Hindu temple as well as a Christian church.The Masjid comprises 2 levels: the first one is used for educational purposes and Qur'an recitations, while the second floor is dedicated for praying.

Masjid Agung Sudirman is situated in the city center of Denpasar. Known for being the largest Masjid in the island, the Agung Sudirman Masjid has gained popularity amongst the locals as well as tourists for its original architectural structure. Designed with an almost wall-less feature, the Masjid is highly appreciated by Muslims for its natural ventilation, making it an ideal place to pray the night prayer or organize Islamic events.

Found in Kuta, Masjid Ar-Rahmat is one of the most visited Masjids in Bali. It is very popular amongst Muslim tourists, which makes it a place where different nationalities and ethnicities meet. During the Friday prayers, the Masjid is filled with Muslims who come from different countries and nations. 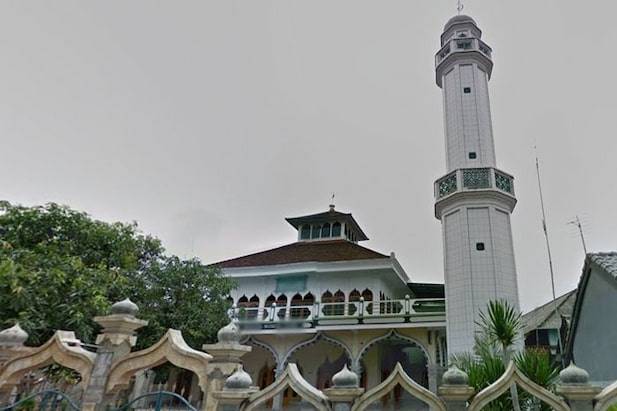 With its 17 meters tall minaret, it is impossible not to notice the Nurul Huda Gelgel Masjid. Built during the 13th century, this Masjid is the oldest Masjid found in Bali. It is located in the center of one of Bali's largest Muslim communities. The history of this Masjid dates back from the times of a Hindu King whose 40 soldiers converted to Islam while returning from a royal meeting. 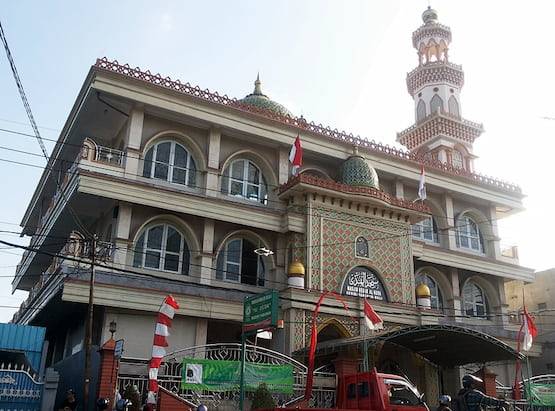 Located on the main road of Tabanan, Majid Al Huda can barely go unnoticed with its imposing green dome. With a capacity of up to 2,000 people, the Masjid is divided into 2 sections, where the first section is dedicated to praying and the second one, to Quranic studies. Due to its accessibility, the Masjid is visited daily by locals as well as Muslim tourists for prayers.

Another edifice that Muslim tourists will notice easily, with its twin minarets facing the main road and imposing structure. Found in Denpasar near the Bali Police Head Quarters, Masjid At-Taqwa is daily visited by a number of worshipers, including members of the police force as well as the public.

Found near the Kumbasan Night Market, the Raya Ukhuwwah Masjid is principally occupied by shop owners. Located in the commercial part of Bali, the Masjid rents out spaces to the traders, whereby the money from the rented places is invested in the Masjid.

Unlike the other Masajids who are imposing and easily found, the Baitul Makmur is found away from the main road. The Baitul Makmur Masjid is, however, a well-maintained building with the capacity of welcoming up to 700 worshipers daily. Quranic lectures are held on a weekly basis in Baitul Makmur Masjid, and foreign preachers are sometimes invited. 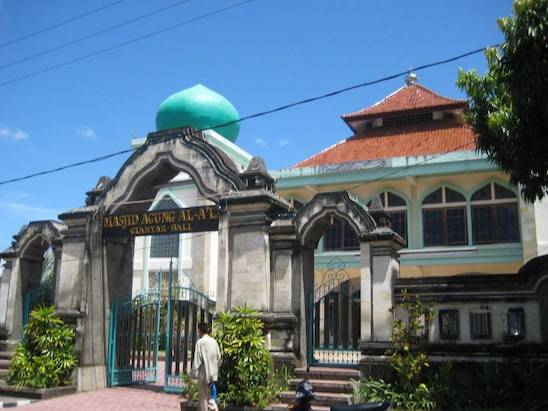 Being the central place of worship of Gianyar , Masjid Agung Al-A'la is situated a few kilometers away from the Gianyar Night Market. It is known amongst the locals as "Gianyar Masjid. Tourists can stop by to pray if they are in the vicinity or just want to relax a bit.

Find a Mosque near you in Bali

Find a Halal Restaurant near you in Bali