The vibrant city of Sydney is a destination of unforgettable experiences and memories. Boasting a plethora of attractions, from some of the world’s most beautiful beaches, and iconic must-see landmarks - such as the Opera House - to world class dining, stunning scenery and great weather, Sydney has become one of the top must-visit cities in the world.

Sydney has also become increasingly Muslim-friendly, with more and more Muslims from around the globe now calling it home. The city is today known to house almost half of Australia's Muslim population. So, if you’re trying to find prayer places near you in Sydney, this article is for you! In case you didn’t already know, there are in fact quite a few mosques and prayer facilities in Sydney that are frequented by its local Muslim community and tourists alike.
From the most beautiful mosques in Sydney, to its biggest mosque, our list of must-visit prayer places in Sydney has it all!

Find things to do in Sydney

Located in Western Sydney, Lakemba is one of Australia’s most Muslim-dominated suburbs, and in it lies Lakemba Mosque, also known as the Imam Ali Bin Abi Taleb Mosque. It's known as the biggest mosque in Sydney, let alone it being among the largest mosques in Australia. The Lakemba Mosque is owned and run by the Lebanese Muslim Association. It is mostly visited by the Muslims in Lakemba and surrounding areas, and it not only offers the five daily prayers, but also Jumu'ah prayers and several religious classes. The mosque offers prayer facilities for women as well.

The Ottoman-style Auburn Gallipoli Mosque located in Auburn, another suburb of Sydney, is one of the most popular mosques in the city, as well as one of the largest. It can hold around 1,600 worshippers. The mosque along with its lawn actually facilitates about 3,000 worshipers during Friday and Eid prayers. A great way to learn more about the mosque, its stunning architecture and history is to book a tour of it. This can be done on the mosque’s website.

Located in Sydney’s CBD, the Erskine Street Musallah is a mosque that is more popular amongst Muslims working in the city, due to its prominent location. All five of the daily prayers are offered here, including Jumu'ah prayers on Fridays. The facility also has an area for women to pray with wudu facilities, except on Fridays during Jumu’ah.

Built by the Australian-Bosnian community, the Penshurst Mosque or the Penshurst Dzamija has been serving the Muslim residents of the area since 1989. Apart from being able to offer their five daily prayers here, Muslims as well as non-Muslims can visit the mosque to learn all about Bosnian culture and its community, during the ‘Open Mosque Day’ which is held annually.

The Auburn Islamic Community Centre or AICC is a facility that offers a variety of religious services to individuals of all ethnic backgrounds and also promotes itself as an interfaith space bridging the gap between the Muslim Australian community and non-Muslim Australians. The centre hosts Quran classes for members of all ages, as well as religious lectures by guest speakers, community building events and so on. It also has all 5 prayers and Jumu'ah prayers on Fridays.

Masjid Abu Bakr Al-Siddeeq in Auburn is a mosque run by the Islamic Dawah Centre of Australia, or the IDCA. The mosque offers prayer facilities for men and women, hosts the five daily prayers and Jumu’ah, conducts Quran and Arabic classes, as well as a variety of religious courses for individuals of all ages, young and old. 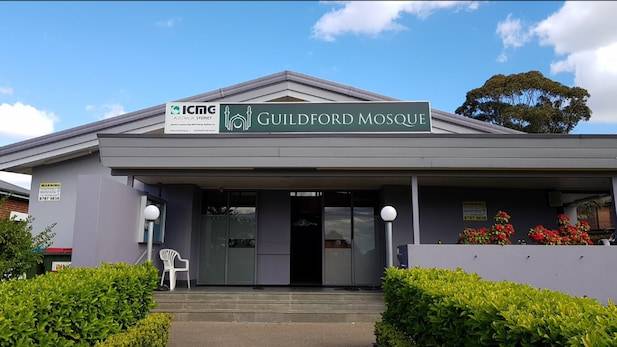 Milli Gorus Sydney was a church bought by the Islamic Community and turned into a masjid.  The Guildford Mosque has been serving the residents of the area since 2010. While this mosque is not a large one, it is still open for the five daily prayers and Friday prayers, and it hosts a variety of Islamic classes. There is also a youth room and a community hall on its premises.

The Ahlus Sunnah Wal Jama'ah Revesby or the ASWJ Revesby on Mavis Street is a non-profit community organisation that aims to help Muslims from all backgrounds. The Musallah here is open to men and women for the five daily prayers and Friday prayers as well. The sermon takes places in either Arabic or English, depending on the speaker of the day. Also offered here are Quran and other Islamic classes, for young and old.

If you’re looking for ways to locate mosques in Sydney that are not included in this list, download the HalalTrip Mobile app! Not only will you be able to find nearby mosques in Sydney, but also Halal restaurants, must-visit attractions and more, ensuring the most perfect and memorable Halal trip to Sydney :)

Find a Mosque near you in Sydney

Find a Halal Restaurant near you in Sydney