5 Halal Chinese Dishes you Must Try in XiAn 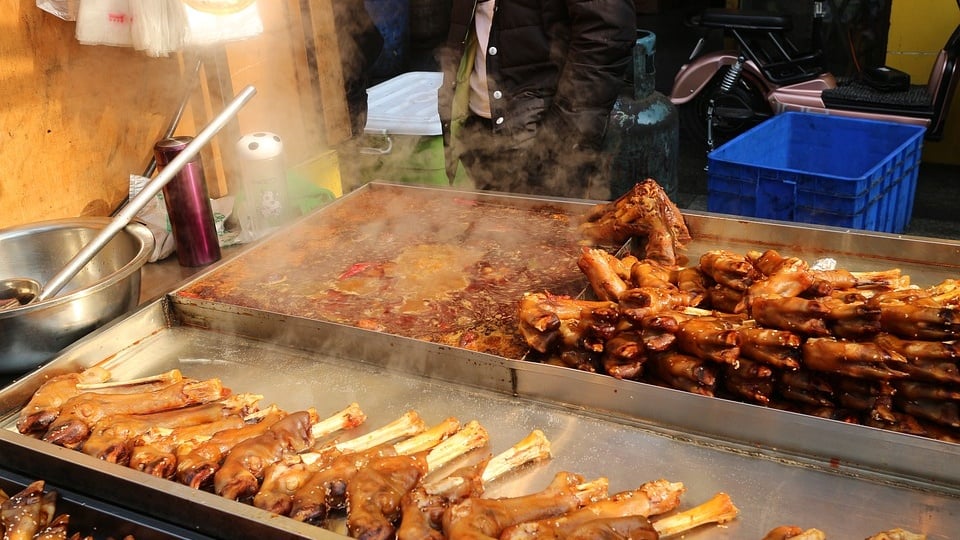 Xi'an, most famous for its terracotta soldiers, is a melting pot of religion and culture due to it being the final stop of the Silk Road. Xi'an is also known for its food, which is heavily influenced by Islamic cuisine, due to the many Middle-eastern merchants who visited the city in the past and brought their culture and food with them.

The Muslim Quarter, a colorful, bustling part of the ancient city, is a must-visit in Xi'an, serving a variety of Chinese-Islamic fair, it’s a foodie wonderland! It’s a warren-like network of street food vendors and restaurants. Deciding what to eat may be an overwhelming experience, so to help you out here are the top 5 dishes to try when in Xi'an! 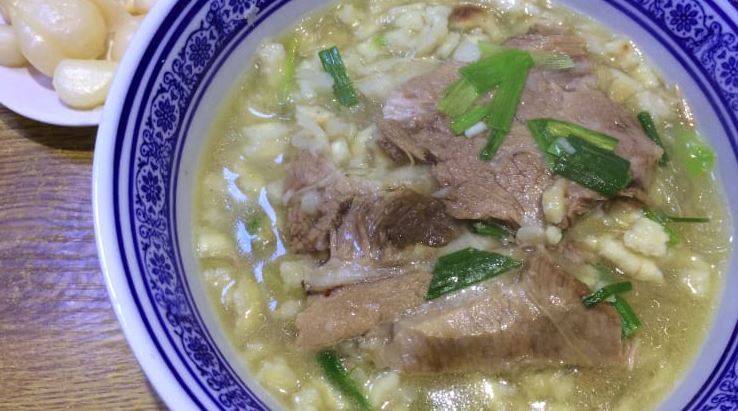 Yangrou paomo is their most iconic dish, therefore should be the first thing you try when in the city. It’s a hearty stew – its main component is shredded flatbread which is soaked in mutton broth.

This is a fun dish as you play a part in its preparation process! After placing the order you will be provided with two pieces of flatbread – known as “mo” – which you are supposed to break into small pieces and place in a bowl. Once you return the bowl, they will cook the shredded bread in the mutton soup which also has rice vermicelli. The dish is topped with lamb or beef and served with sweet pickled garlic or raw garlic cloves as well as chilli paste.

Trying a noodle dish is a must when in China, and Xi'an has its own famous noodles – Biang Biang Mian. It was once known as the poor man’s noodles as it’s made of wheat flour and not rice. Wheat is the main crop of the region as it does not have abundant rainfall throughout the year.

It is a bizarre noodle made out of wheat flour, oil, and egg which makes it chewy, and as wide as a belt. It owes its popularity to its unique name which is onomatopoetic as it mimics the sound the dough makes when it hits the counter while being stretched. Biang is also the most complex Chinese character with 58 strokes! 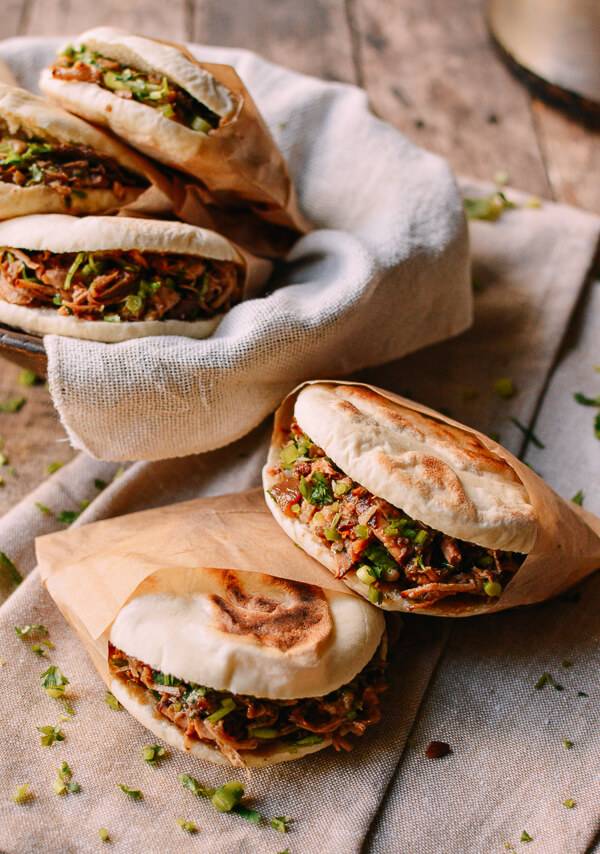 Roujiamo is a Xianese take on the hamburger, with more history. Unlike the traditional hamburger which uses ground beef, they serve braised chopped beef or lamb with a crispy bun. The bun is made of leavened bread which is baked in a traditional furnace.

The meat is slow-cooked in a stew containing 20 spices and seasonings, which adds to the unique flavor of the meat. The burger is prepared by adding the meat filling to the bun and pan-frying it to make sure all the juices are retained. The bun is crispy and has a flaky quality to it; the meat is chewy and packed with flavor. 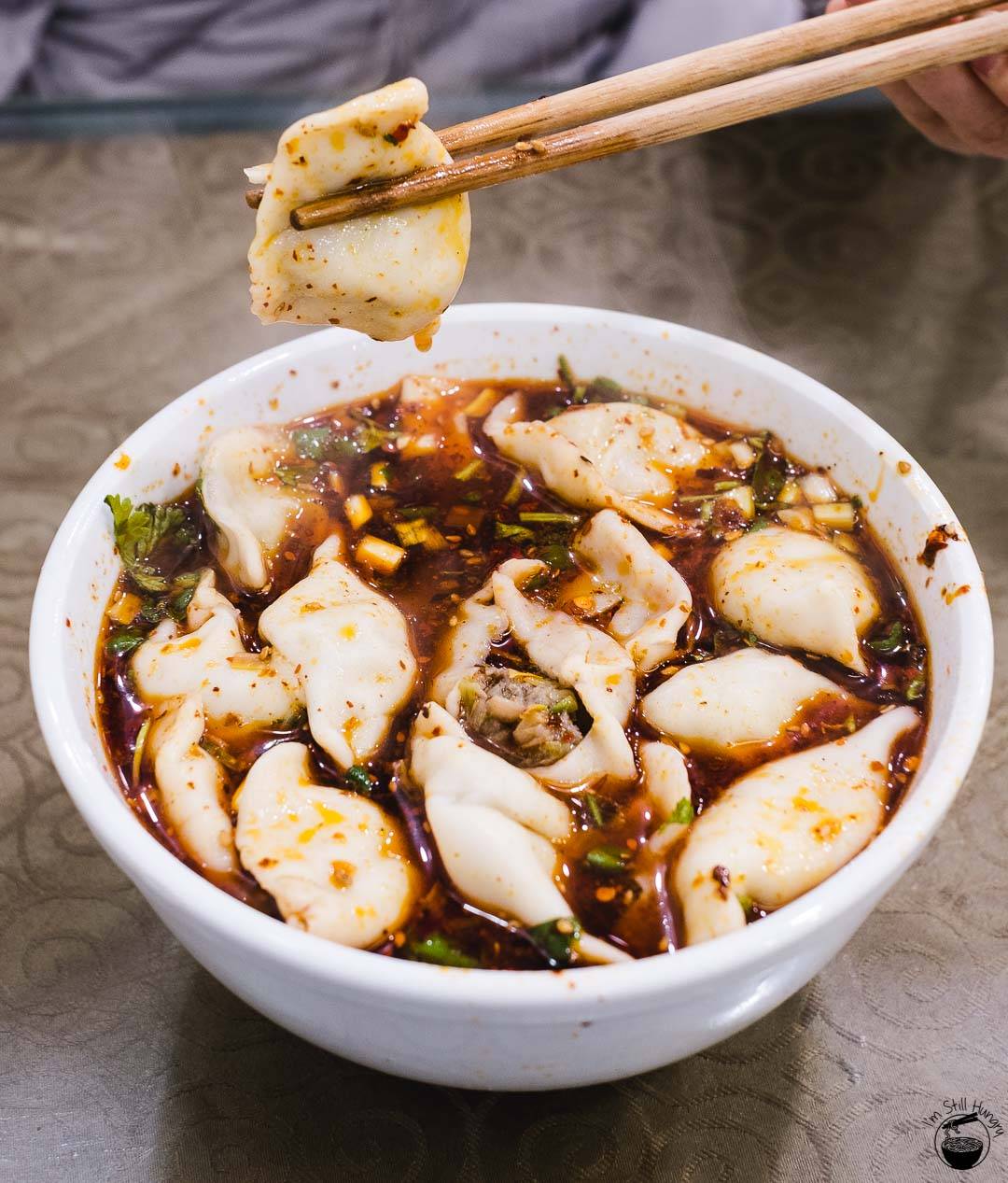 No trip to China is complete without trying dumplings, and Xi'an has its own brand of dumplings. They specialize in mutton dumplings bathed in hot and sour soup, the meat in the dumplings are tender and are an explosion of flavor, as the meat is seasoned with Xianese spices which have a Middle-Eastern influence.

They boil the regular Shui jiao dumplings in the hot and sour soup to add extra flavor to the dumplings. Sesame seeds, chopped leeks, and cilantro give a flavourful kick to the broth, giving a unique aftertaste. 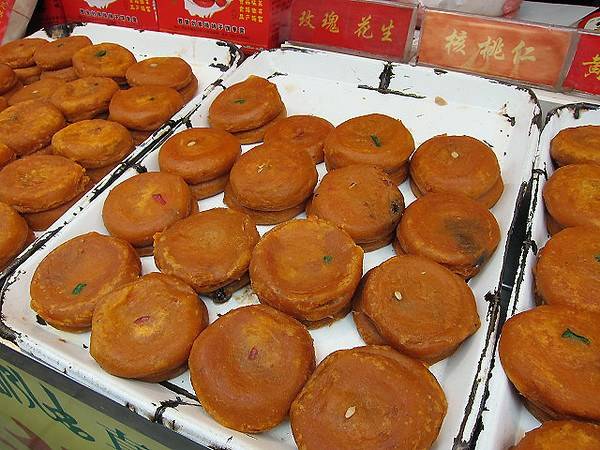 Ending with a sweet note is the peculiar dessert, Shi Zi Bing, which is made out of persimmon fruit. The flat disc-shaped dessert pastry has a unique texture to it and is definitely addictive. It is a specialty of Xi’An, therefore be sure to give this dessert a taste!

The cakes/ doughnuts come stuffed in a variety of pastes such as osmanthus, peanut, and black sesame to name a few. The doughnut is deep-fried which gives it the crispy outer layer and the mushy doughy inside with the sweet paste in the center, it is similar to mochi. The dessert is great to quench thirst, however, is only available during the fall and winter months.

Much of the Muslim quarter serves Halal-friendly foods so all you foodies have no worries in that department. Xi'an is a culturally rich city and offers a unique culinary experience that’s sure to stick with you for a long time. So when in Xi'an follow your nose to the Muslim quarter and get lost in its many streets and indulge in their unique cuisine!

Wondering how to find nearby Halal food during your trip to China? Don’t forget to use the Halaltrip app to locate Halal food places on your mobile in China so you won’t miss out on the best halal food