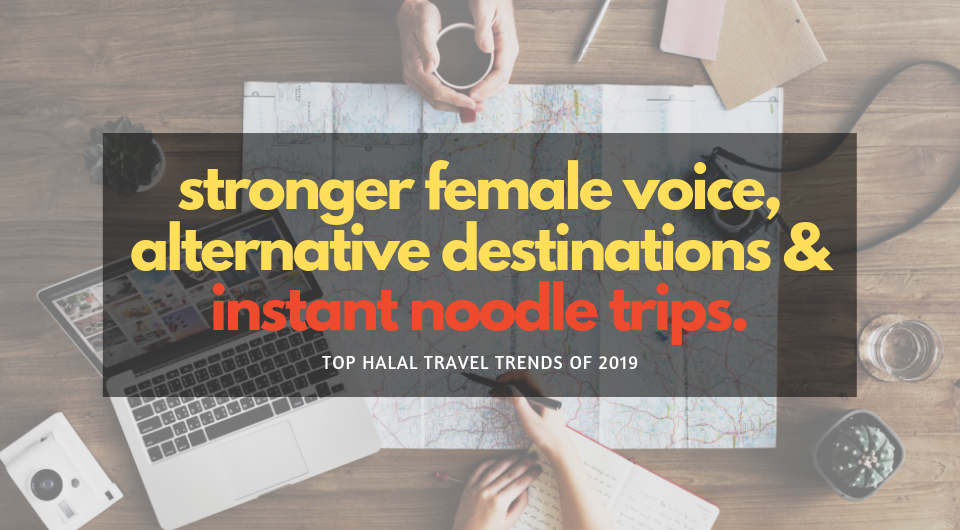 I never knew my type of travel had a name until I read the recent Mastercard-CrescentRating Halal Travel Frontier 2019 (HTF2019) Report outlining trends that will shape the US$220-billion global halal travel industry. The full report can be downloaded Halal Travel Frontier 2019.
Of the 17 trends identified, three hit home personally: the urge for “instant noodle trips”, stronger female influence in planning trips, and travel to non-traditional “Muslim” destinations such as Japan and Africa.
I have always encouraged friends to travel beyond their comfort zones and experience local cultures, beliefs and people. In fact, I truly believe that putting oneself in so-called uneasy situations is the perfect test of one’s faith. The keyword here is uneasy, not dangerous. Doing the latter is just being foolish.
The reward after each “uneasy” situation is a deeper understanding and appreciation of others. You then realise the biases you have are your own. You make those walls so, there’s nobody but only you who can break them.
What do Muslim travellers need when they travel? Two biggest needs are halal food and prayer spaces.
Since we are on the topic of instant noodles, I realise my trips are literally about instant noodles. You see, many of my travel mates are non-Muslims and I refuse to inconvenience them or limit their culinary enjoyment so Maggi and Indomie have become a staple in my backpack.
Vegetarian meals may be an alternative for many Muslims, but they are not for me. And that’s because I hate vegetables and will not touch them with a 10-foot pole.
I remember telling the travel guide on a trip to southern Africa that I was a vegetarian. After many days of not touching her food and cooking instant noodles instead, she confronted me. She was amused when she found out the truth. “There ARE halal food here!” she roared. She called me a “fake vegetarian” and then whipped out a halal chicken to cook the next day.
(Below) An old video of some stuff I carry with me on trips. This was filmed a decade ago so, apologies for the poor quality.
Sad? Not really. The search for halal food sometimes takes me to the homes and dining tables of Muslim strangers.
(Below) A curious tuk-tuk man in Cambodia spotted me eating at the same halal Indian restaurant for three consecutive meals before offering to take me to a Kompong Cham enclave, where I was treated to a sumptuous halal beef meal by the village chief and Muslim elders.

(Below) I also had a free chapatti dinner at the home of this generous Muslim family in Myanmar. They were poor in money but not in spirit and felt compelled to share what little they had with a fellow Muslim. No electricity means it’s candlelight dinner. How fancy!

Now, back to the rising trend of “instant noodle trips”. I am glad that this is trending (and trendy) among millennials and Gen Z travellers.

Compared to years ago, travel has now become more affordable with lower airfares offered by budget airlines. Social media and mobile applications have also made it easier to research on-the-go about new places, discover travel promotions and discounts, and minimise risks and dangers with real-time warnings about natural disasters and terror attacks for instance.

It is easy to DIY. Personally I use Expedia to compare flight prices, and then book tickets directly from the airlines. I book accommodation on Booking.com an hour or two before arriving at my destination. The good thing about using the same app consistently is that eventually one becomes a “frequent traveller” and gets offered more discounts and deals.

One memorable instant noodle trip was a 2015 solo travel to Sri Lanka. I flew budget from Jakarta to Colombo on AirAsia, and then took either public buses or trains to Kandy, Dambulla and Jaffna. Within each city or town, I hitched tuk-tuks or simply explored on foot. I befriended locals and other tourists and they were ever willing to impart local wisdom and lend some company.

I had no itinerary, no goals and no fixed plans. When I found bugs in bed, I covered the pillow with a shirt and slipped into my cheap travel sheet. No fuss.

And when hungry? Search the walls for “halal” clues and tuck in. Bismillah.

TFS has travelled to more than 50 countries, and lived in two. She is currently based in Singapore, and flies her sarong as often as she can.